Time to visit one of the most well-known (and touristy) area in Bali, Ubud. The region is known for its arts and temples, our trip was mostly focused on that.

We started in the early morning to visit a Barong dance. Although this is mostly a very tourist oriented affair, we did enjoy the theater, music and costumes quite a bit. 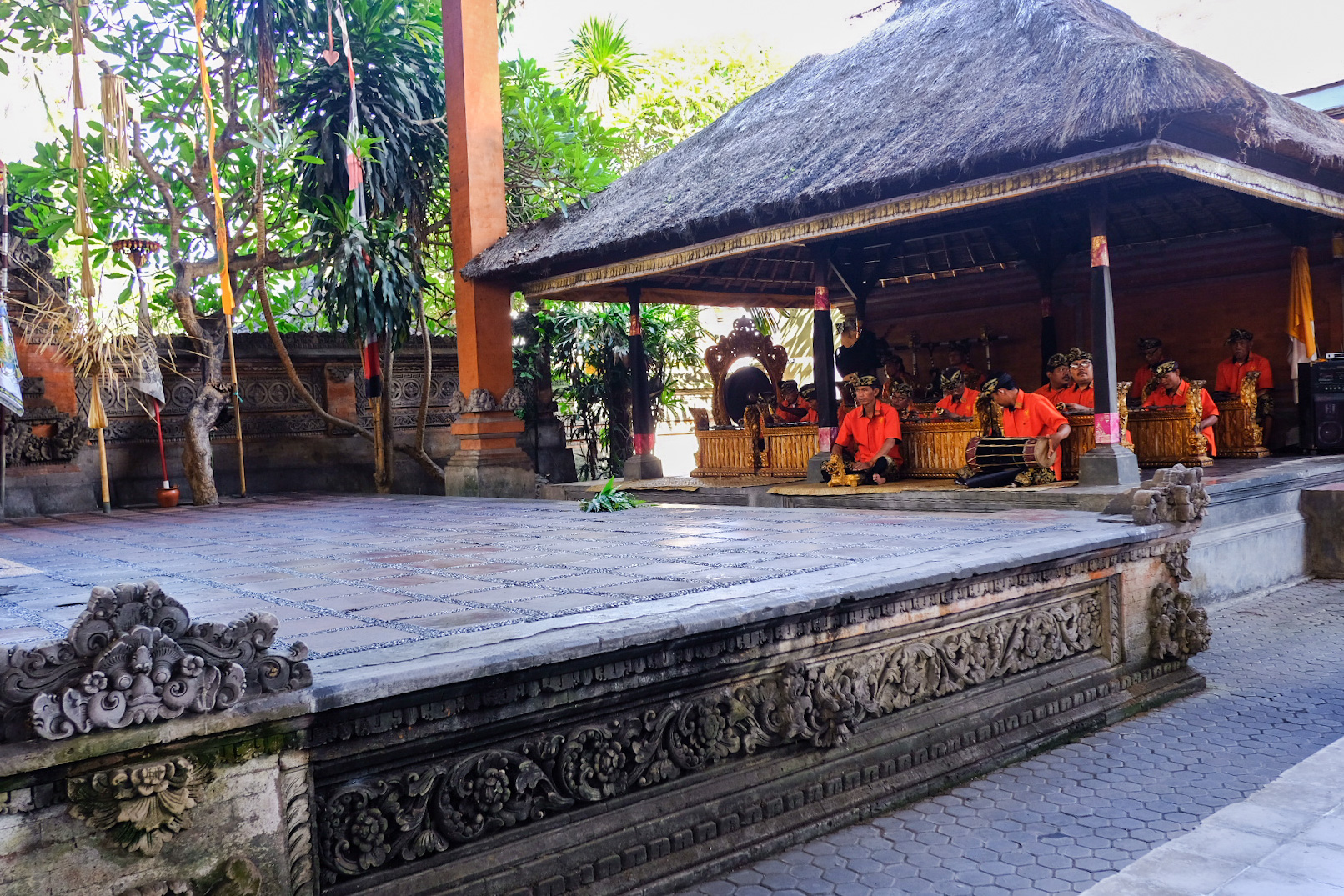 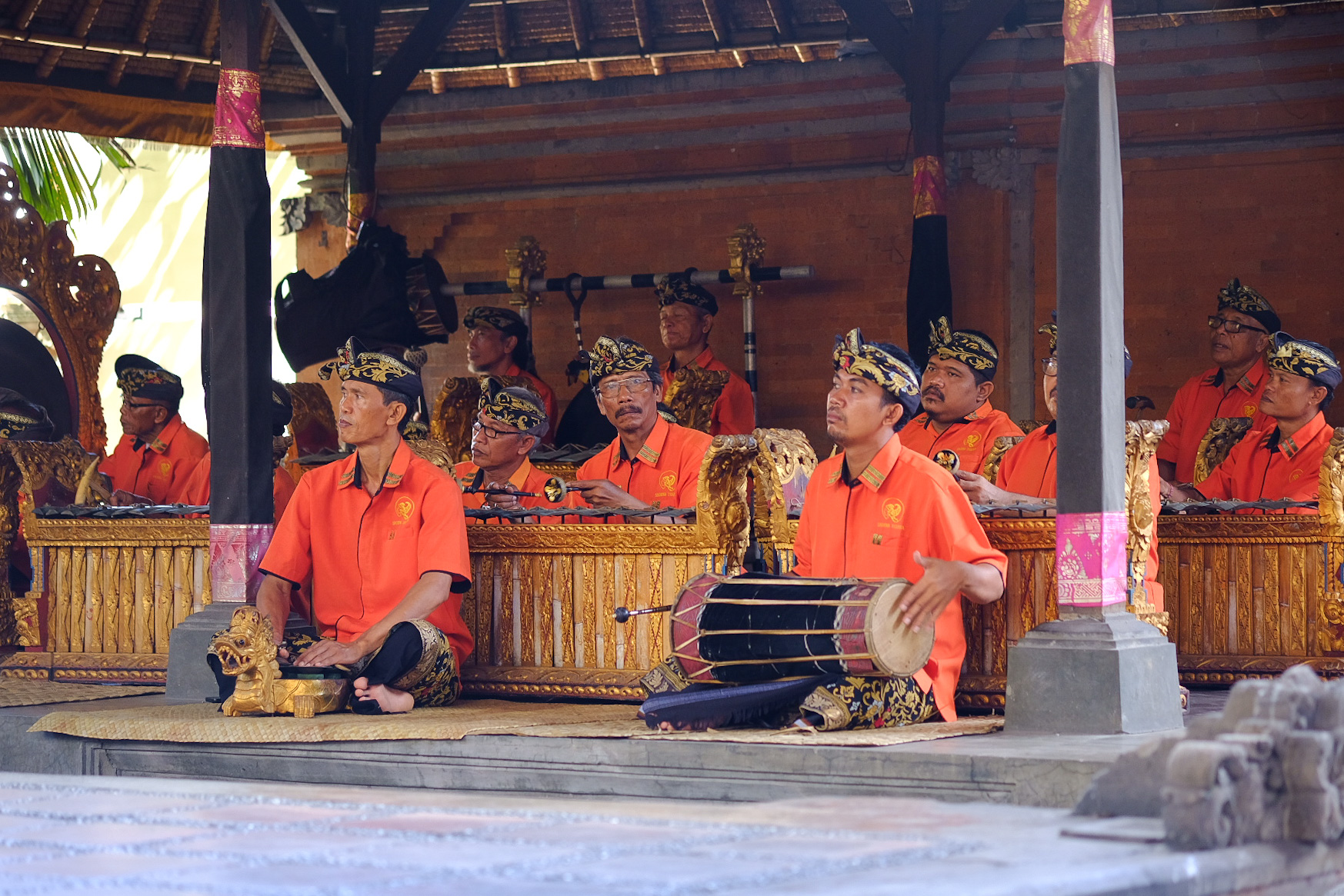 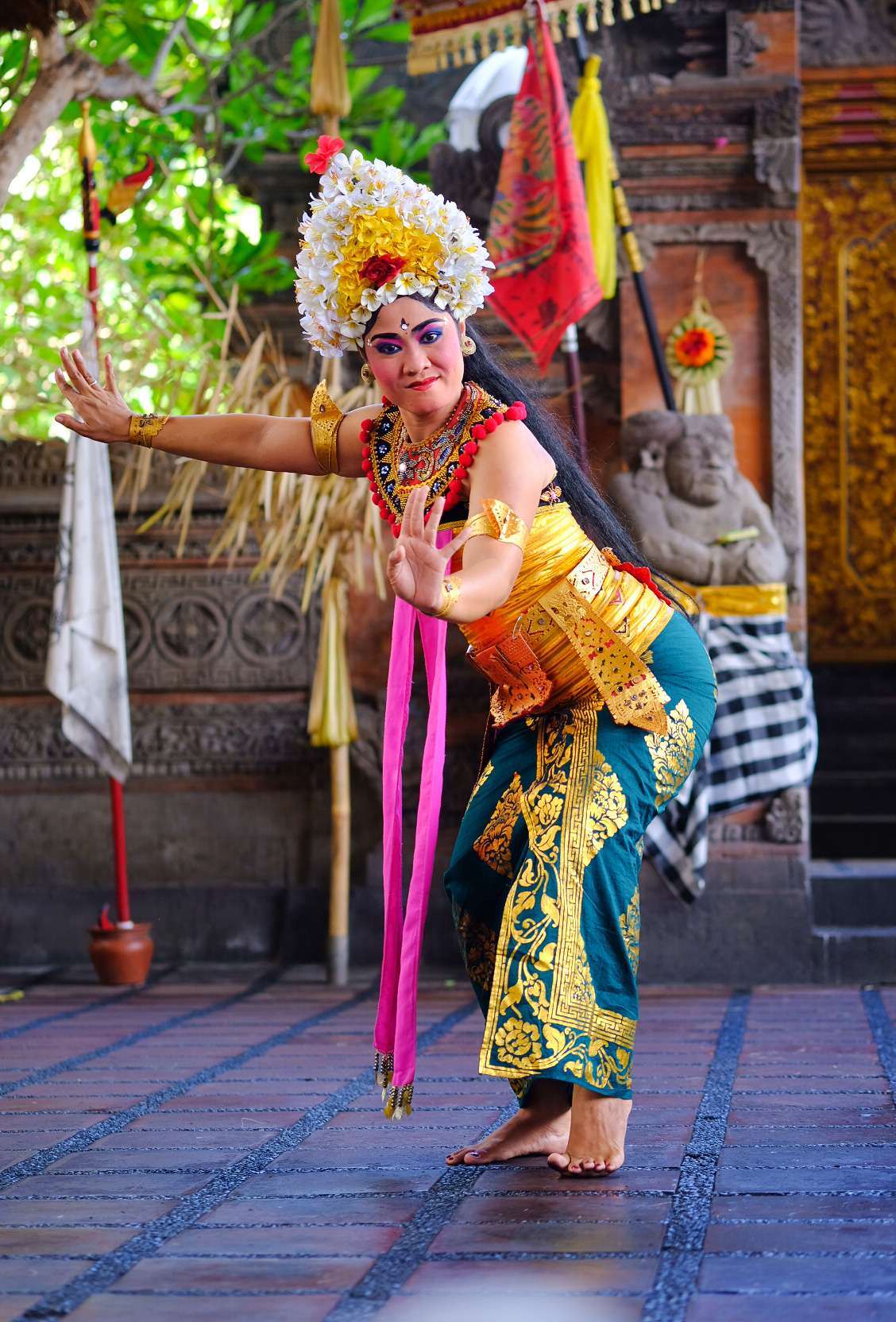 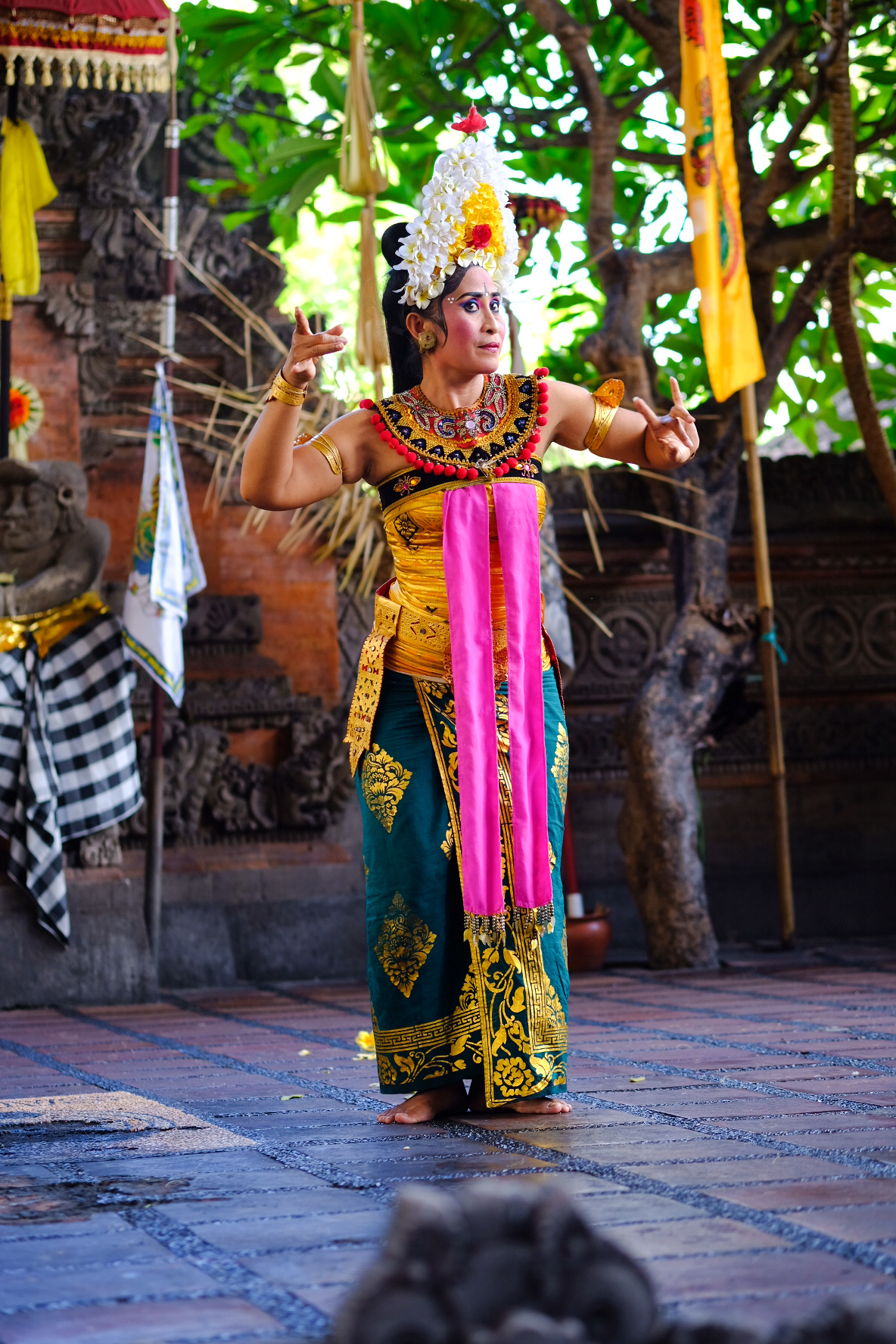 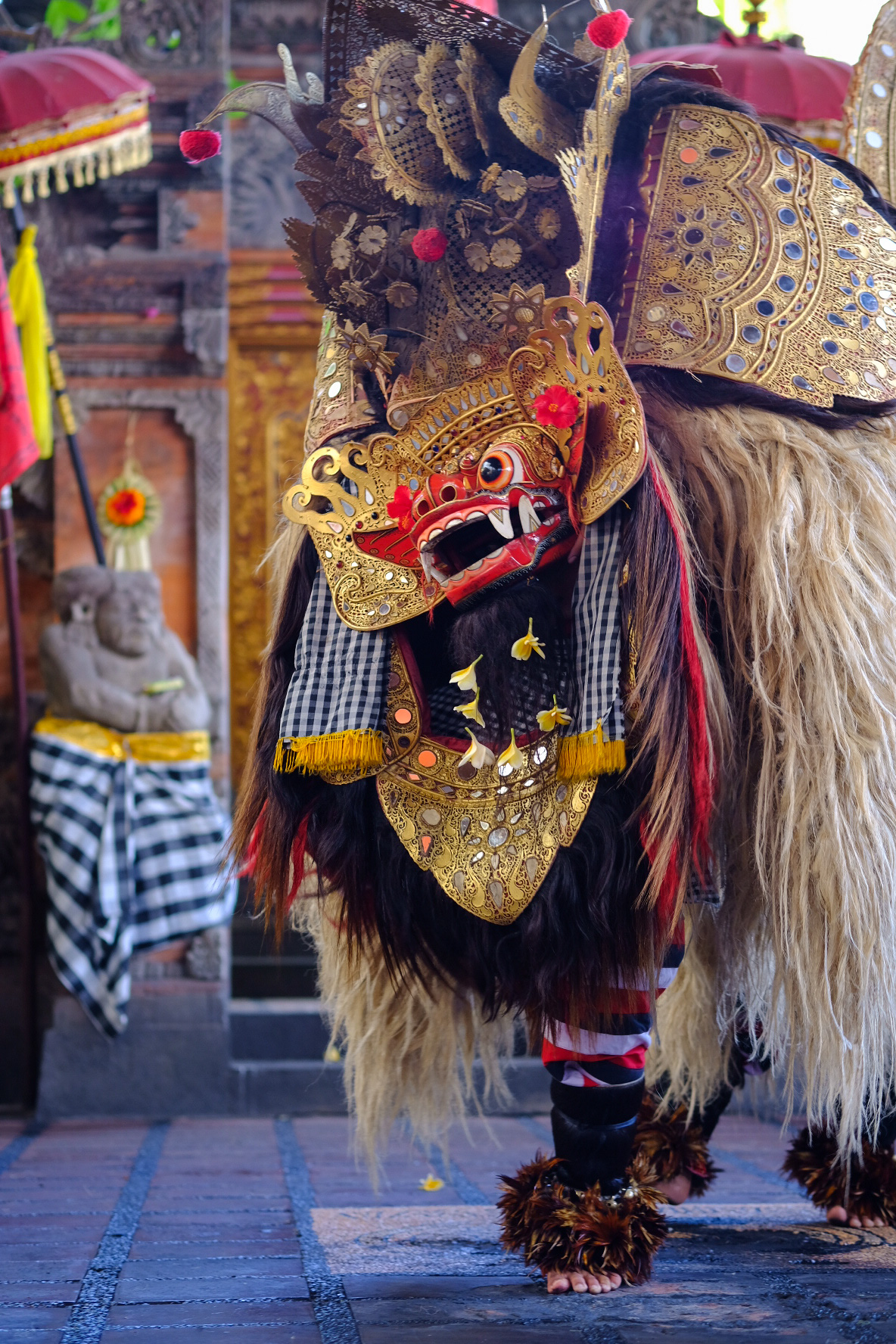 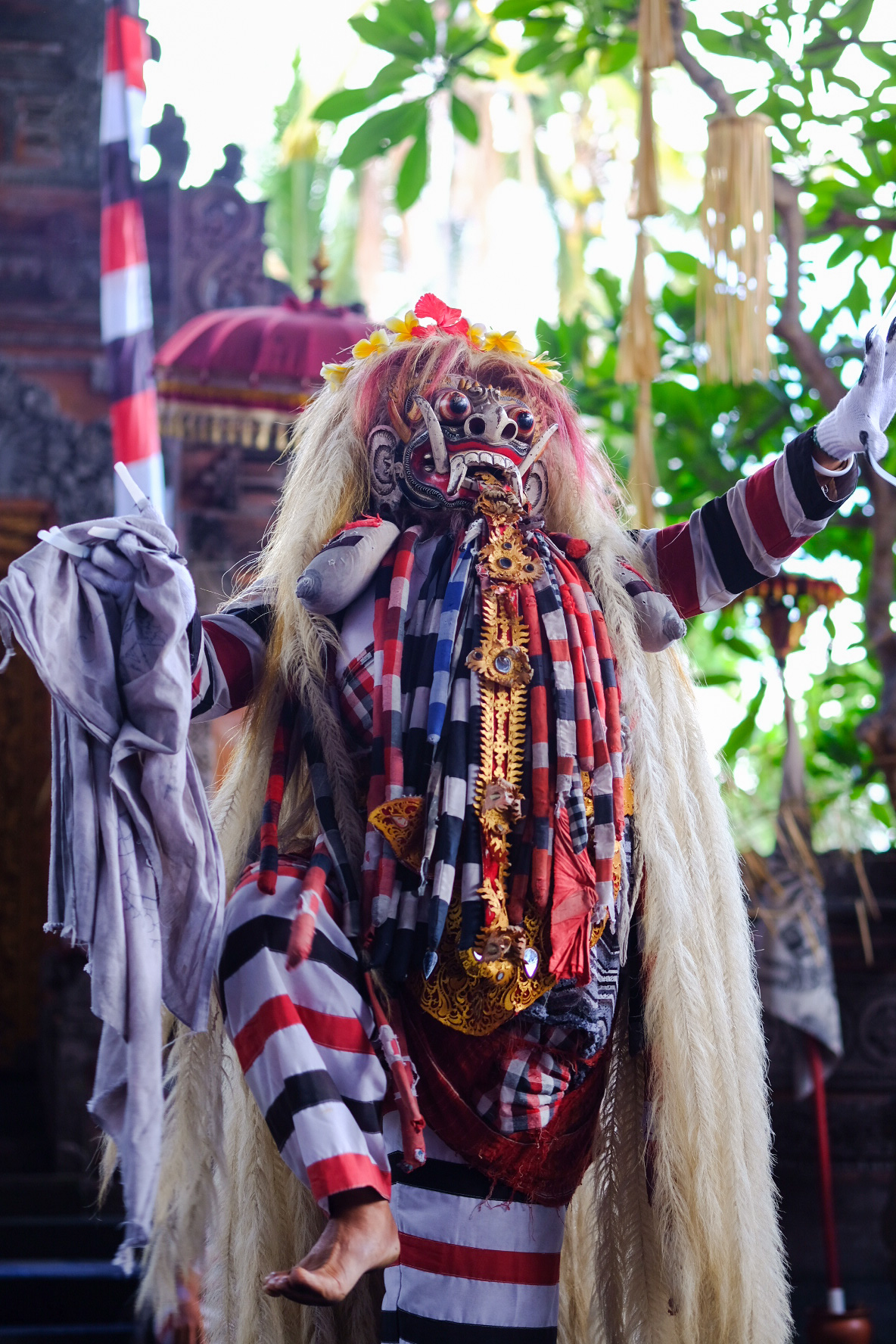 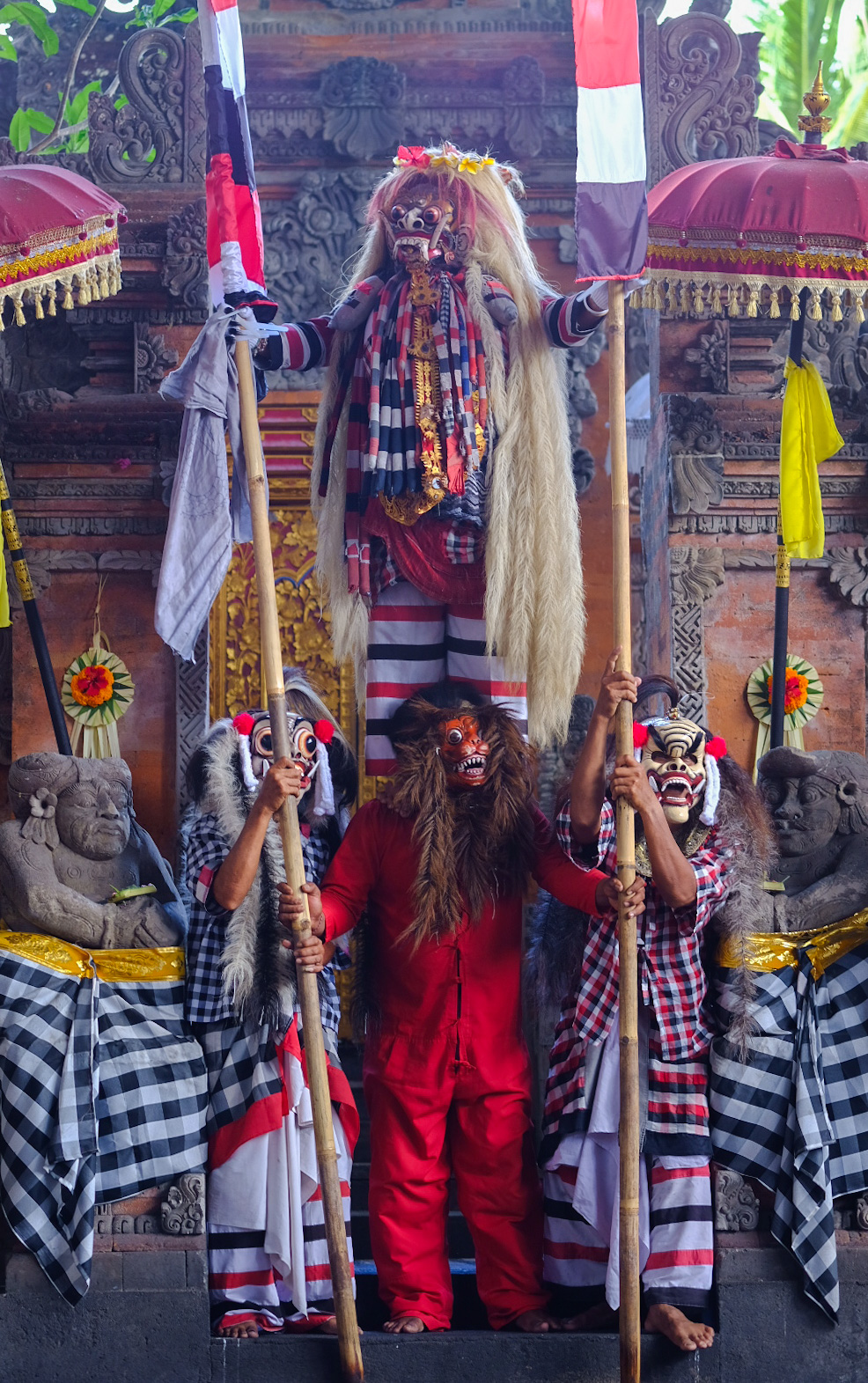 Next up was a visit to some of the region’s galleries and smith’s. Sadly the galleries were mostly focused on selling very average paintings and the silversmith gave us a tour for about 10 seconds on how things were made and then leading us to an enormous amount of stuff to buy. Unfortunately for our wallet there were some nice things to find here and we ended up buying a pretty silver ring for Ellen. No pictures so I guess it didn’t happen.

Next stop was the butterfly garden. You could walk around in a garden full of, you guessed it, butterflies.. There were some pretty nice ones but very hard to take some nice pictures off, due to them being alive and thus moving.. Bastards. 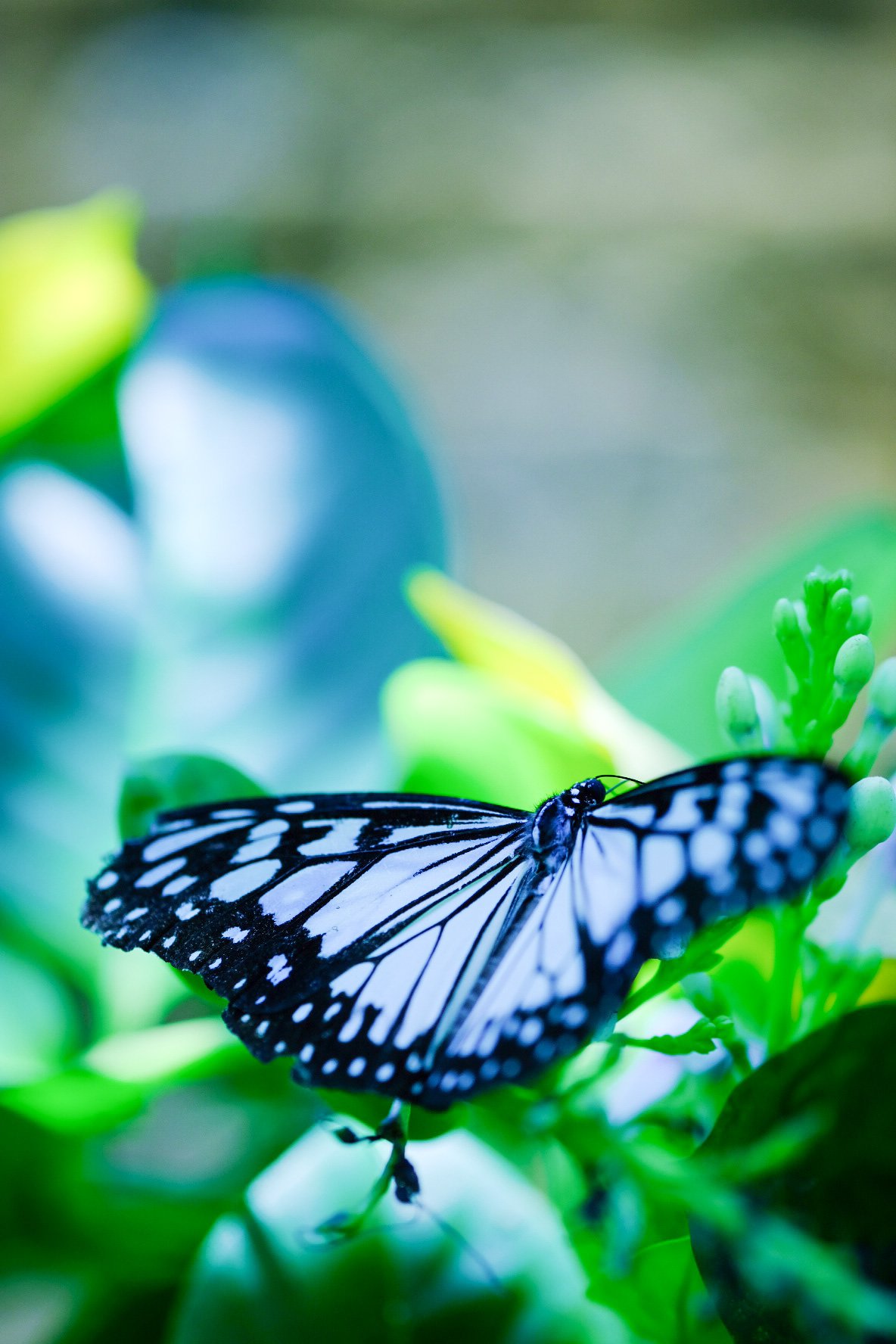 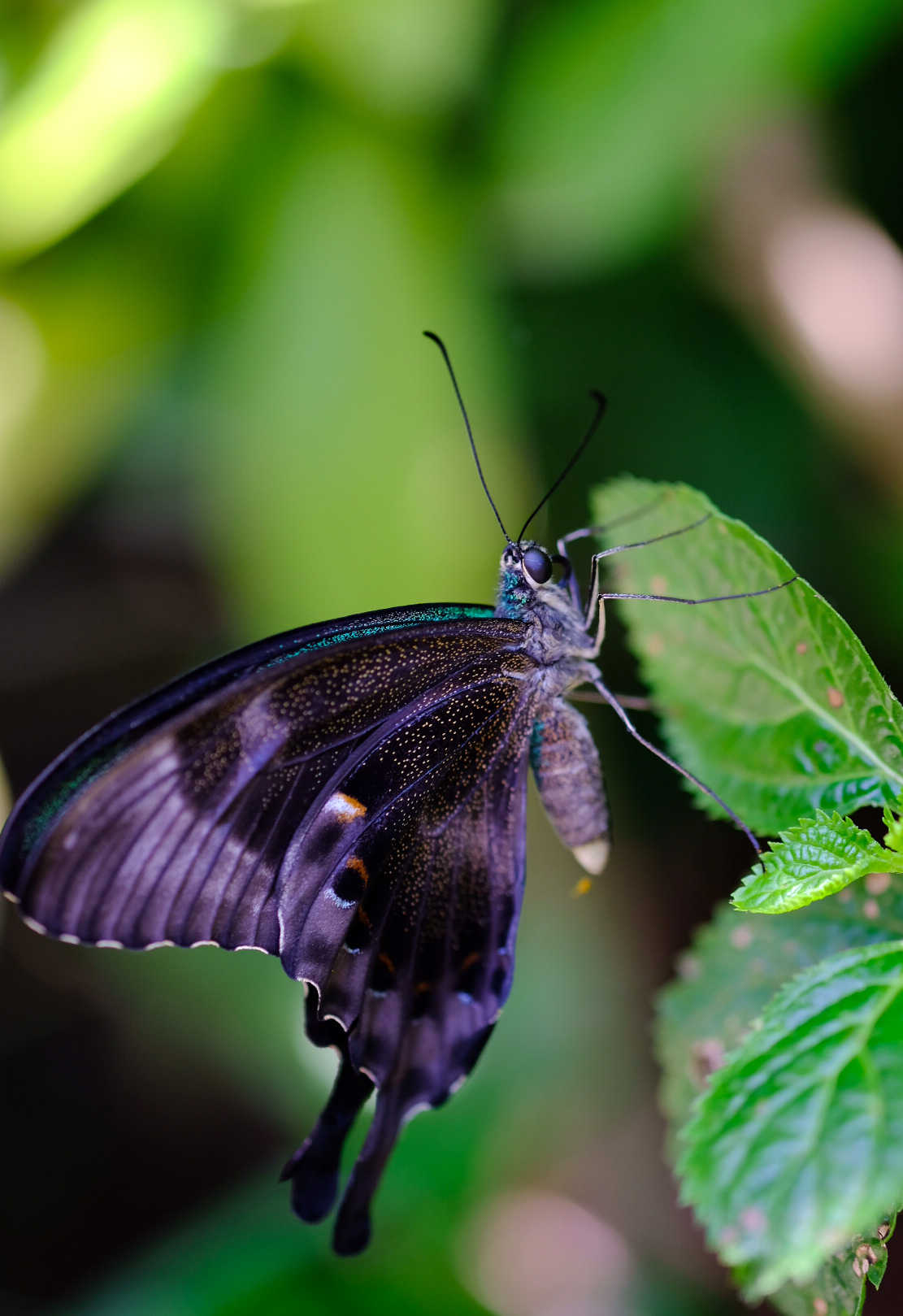 Now we we’re in the thick of Ubud’s tourist trap, which was the famous monkey forest. An admittedly very nice forest, which contained 2 temples and many monkeys. Also some Russian gorillas which were not part of the forest and were able to walk in and out of your shots at any of their leisure. The female specimens were walking around with their female parts waving around. Considering we were walking in, for hindoes, a holy area, this was ,of course, super appropriate. Even for the low season this was a pretty crowded attraction, so we did not spend a lot of time here. There were some areas which were stunningly beautiful however, which made a visit and the entrance fee still very much worthwhile. 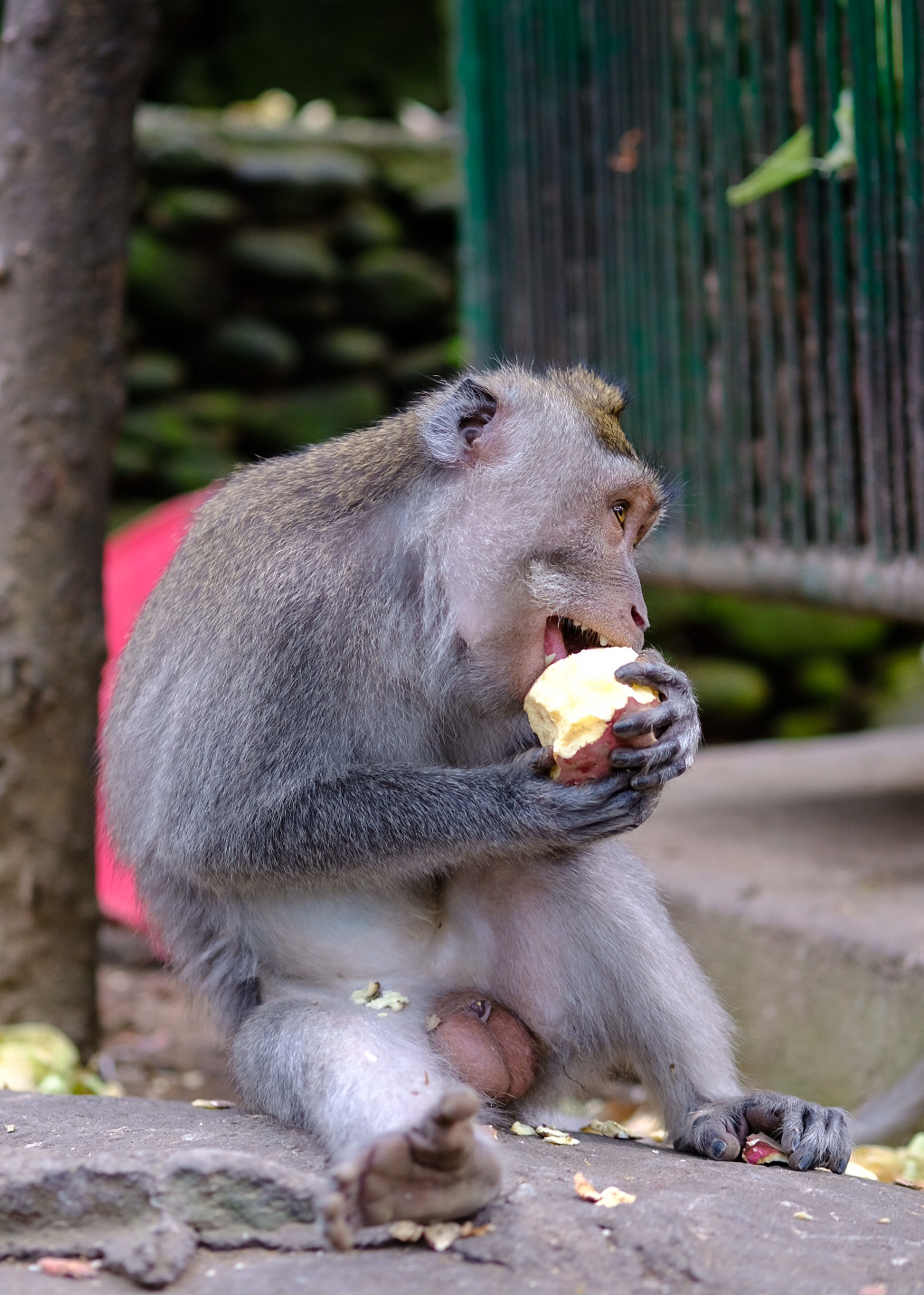 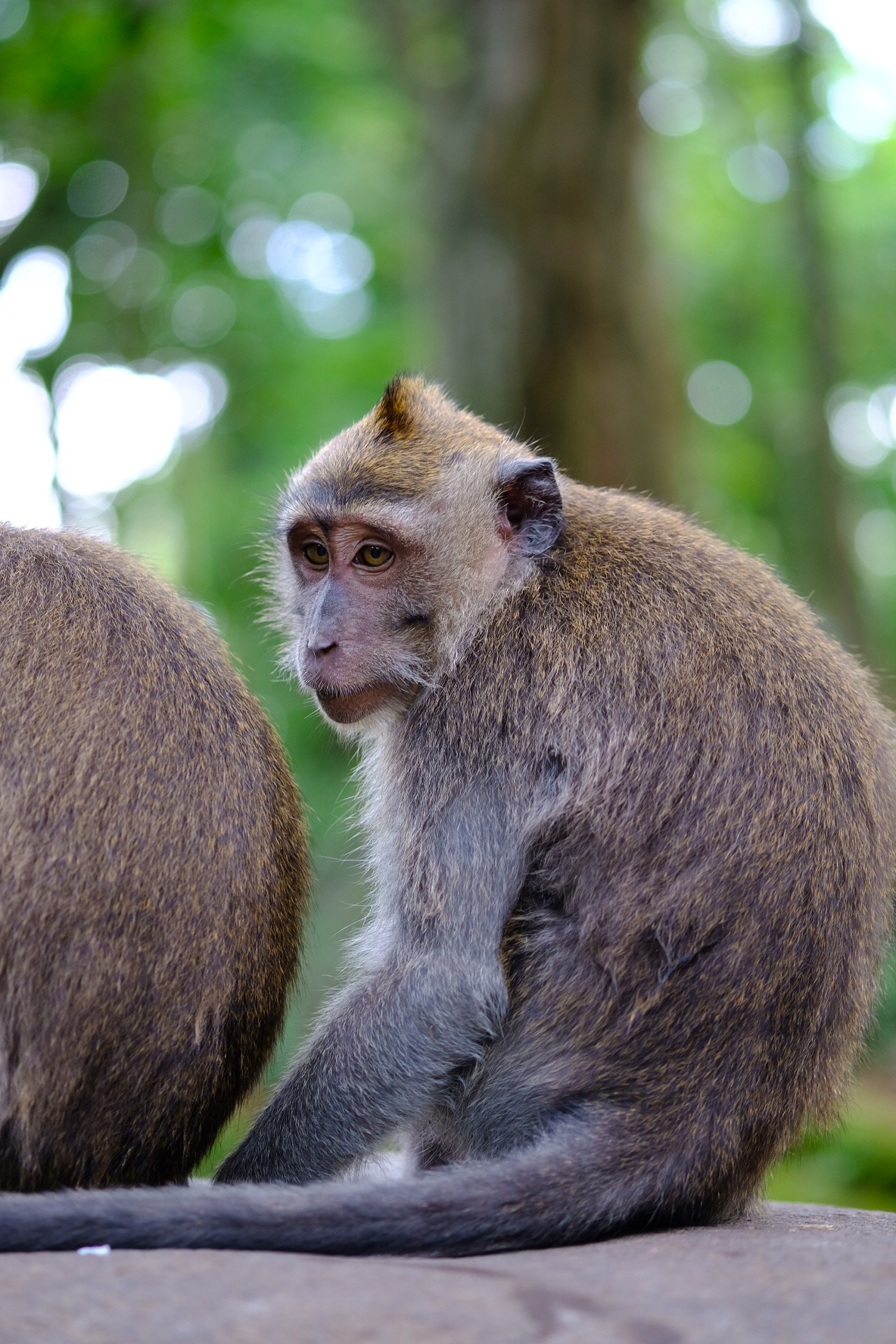 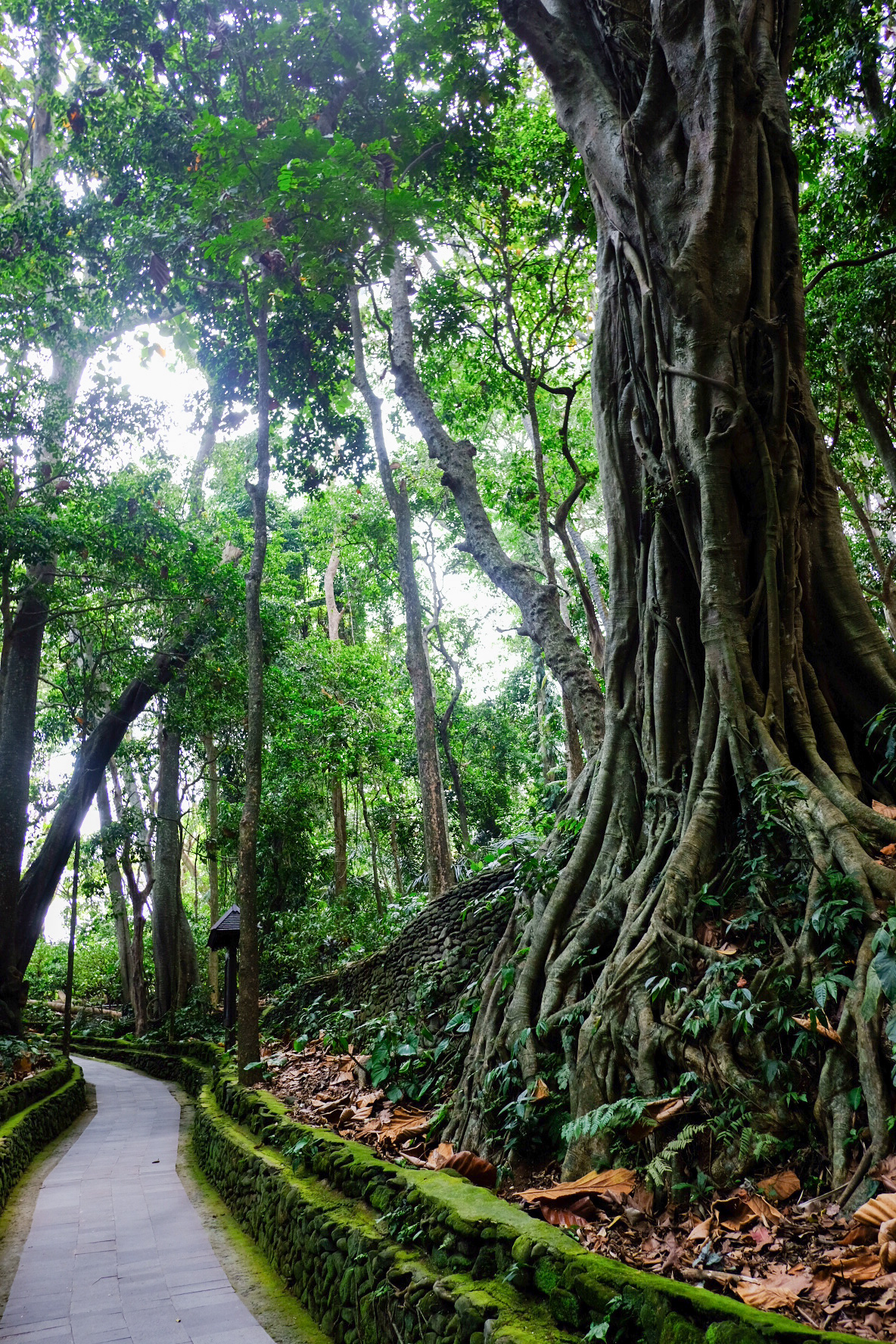 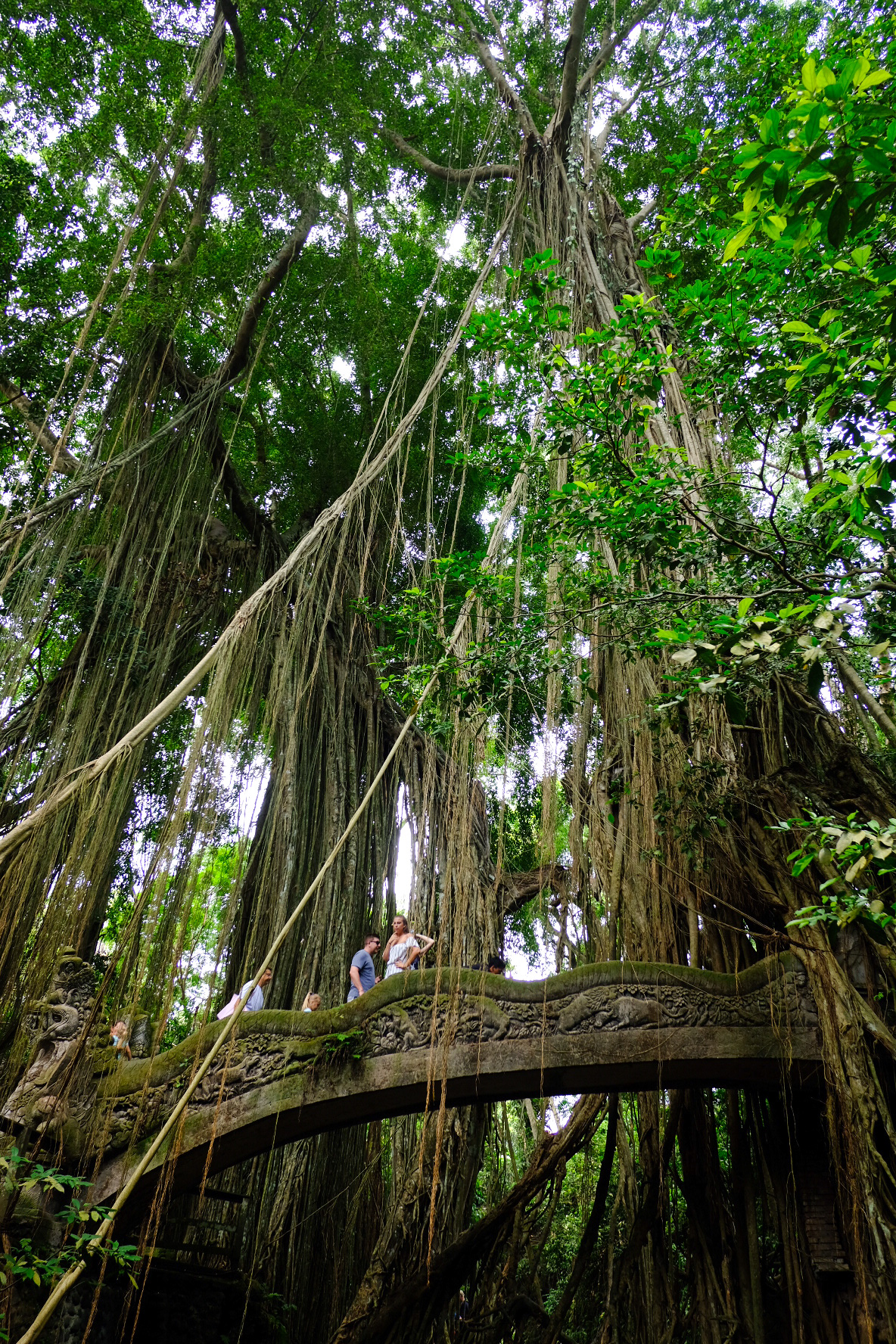 After the monkeys (and gorillas), we went to the city center of Ubud to check out the Royal Palace there. Which was pretty nice and small. Our driver gave us an umbrella, as we had to walk a bit from the palace back to our car. It started to rain and as we went for ice cream, it rained harder. Soon we were absolutely soaked as can be. Even the umbrella was not holding back the amount of rain that came pouring down on us. Soaked we got back into the car and we drove out of central Ubud. 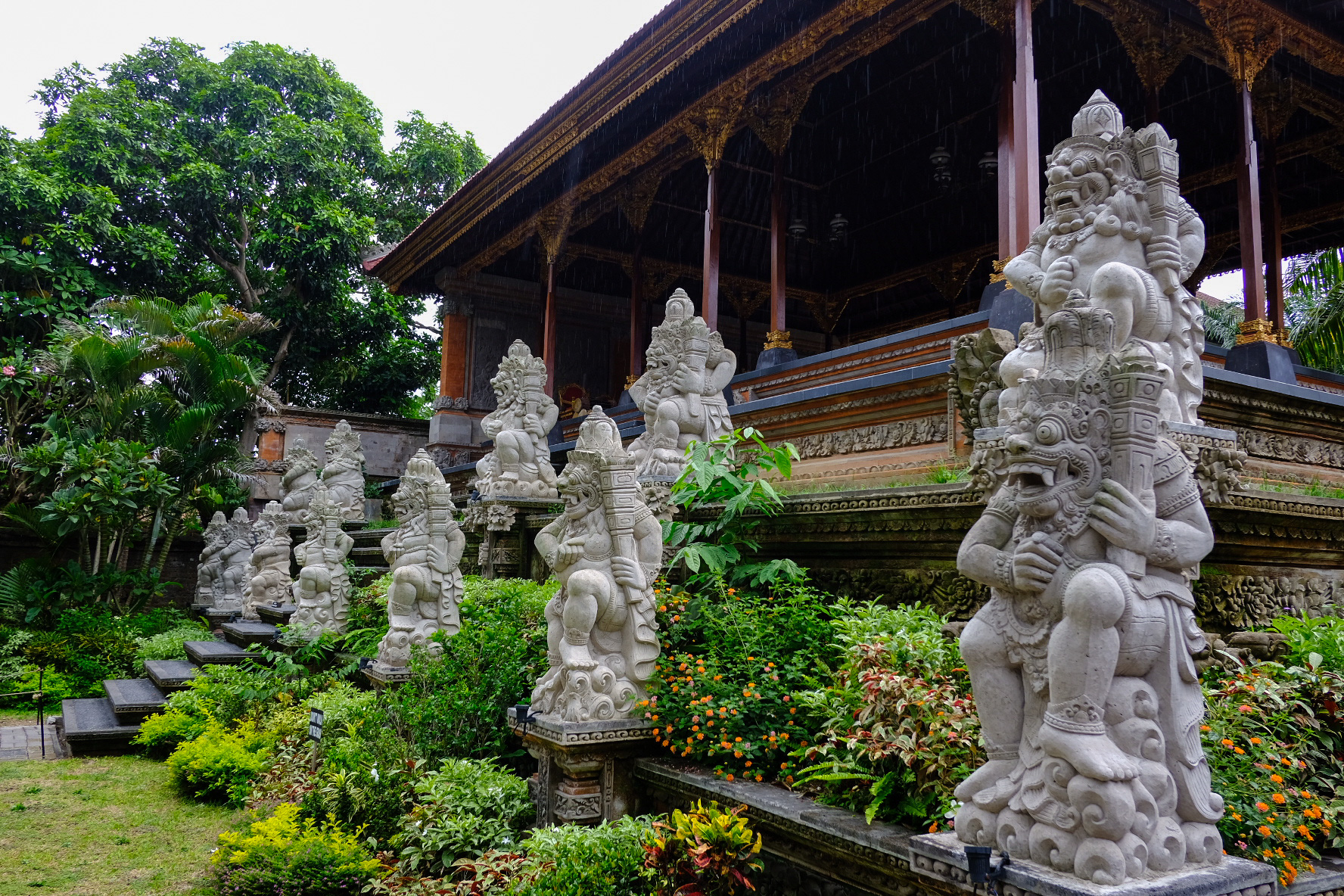 While still drenched, we went to our last site, a temple called Gunung Kawi. Located north of Ubud, in a small town, after descending down, a never ending stone staircase, we arrived at maybe one of the most beautiful locations we have ever seenu . The sun was out once again and all the vegetation was still dripping from the rain. The rain also had seemed to have washed away all the other tourists, as this place was super quiet. The pictures don’t do this place justice but they are still better than words. 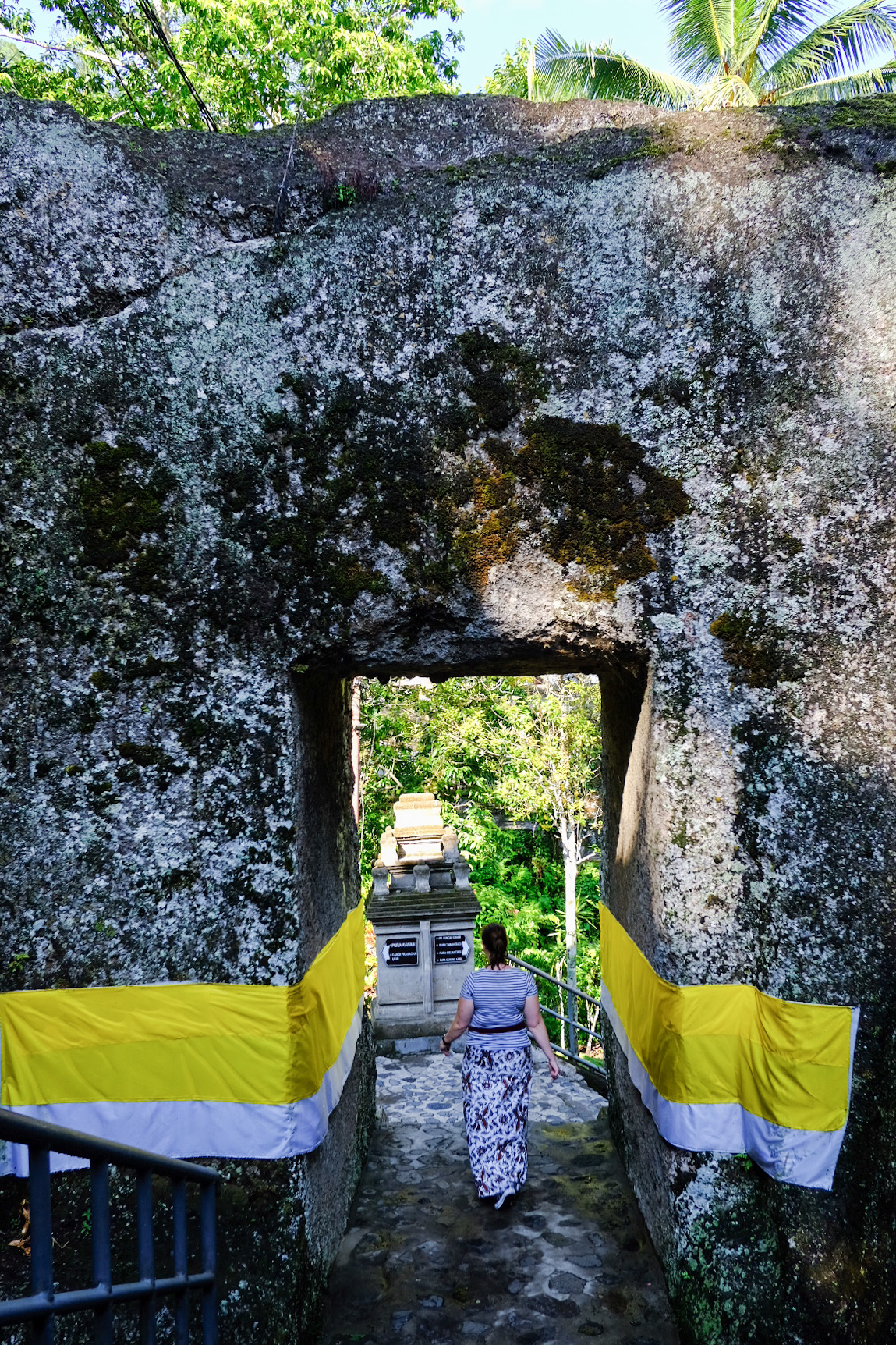 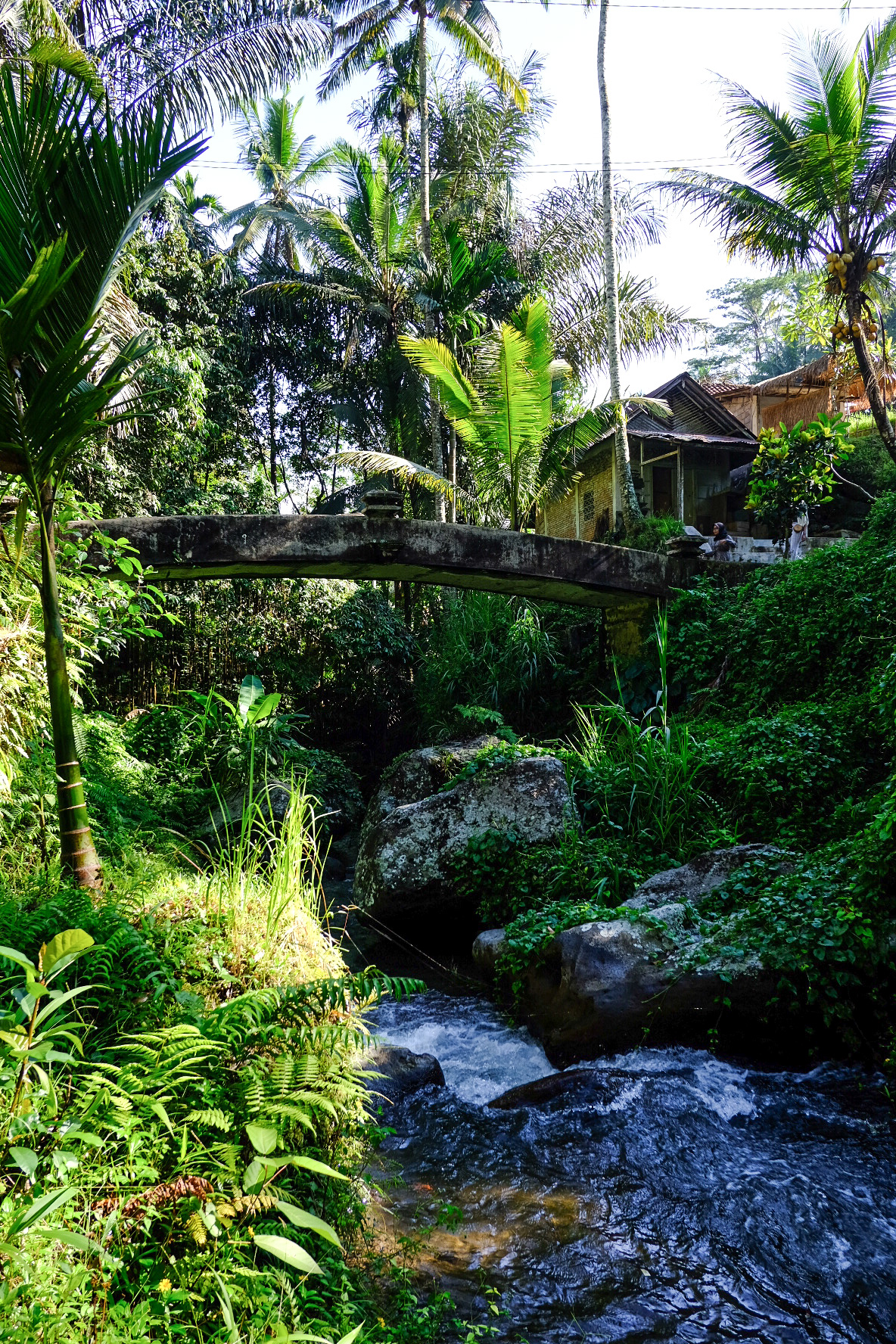 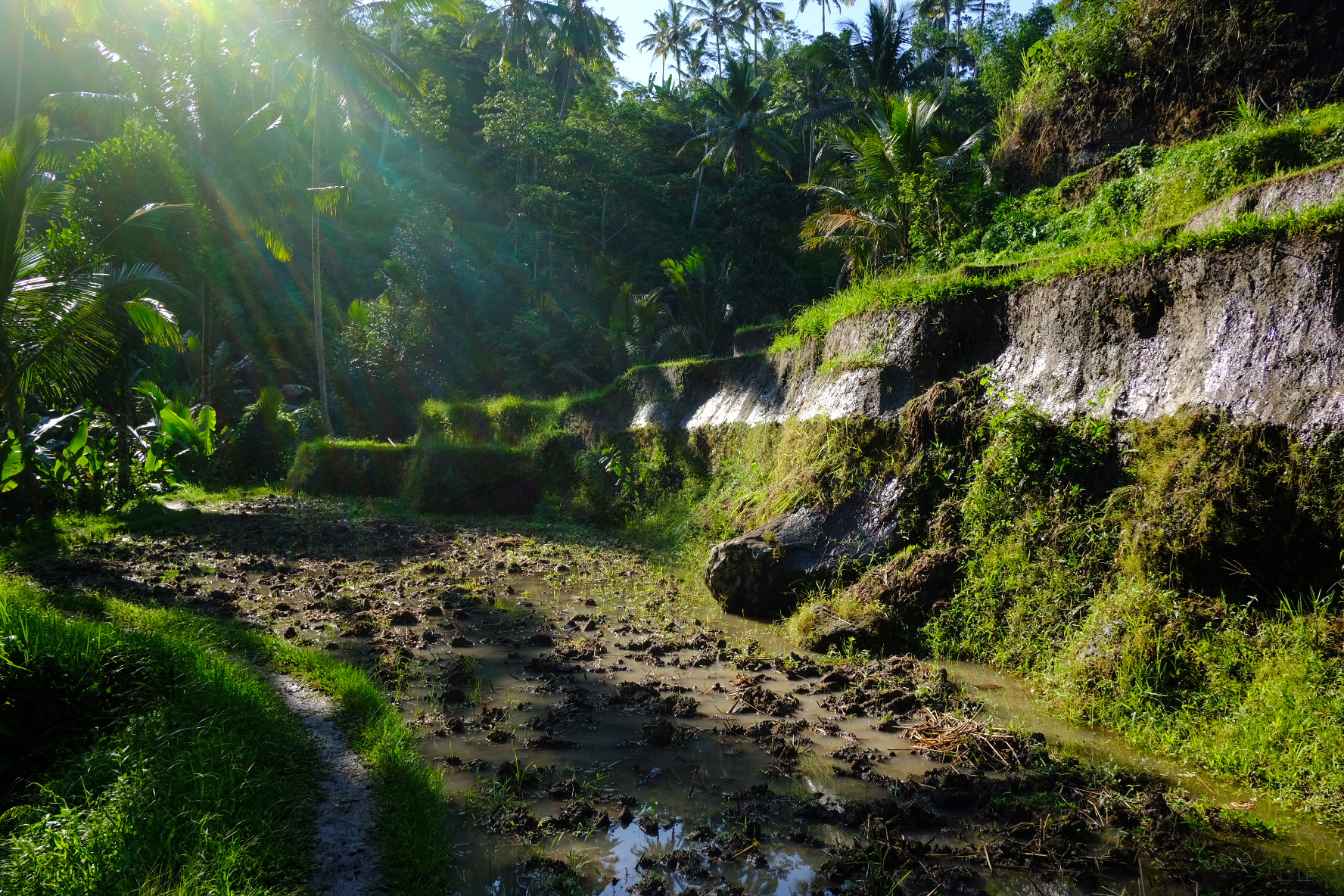 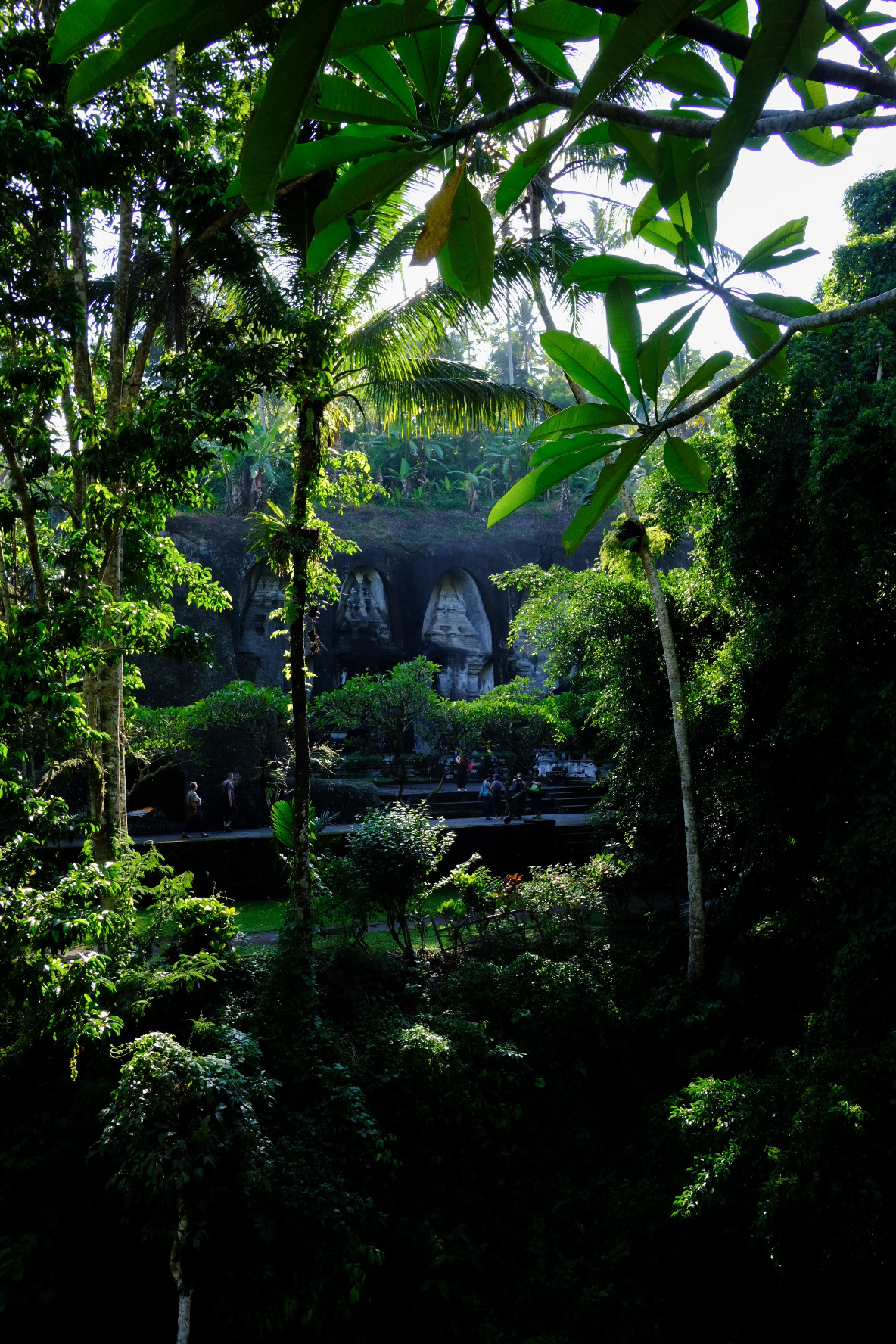 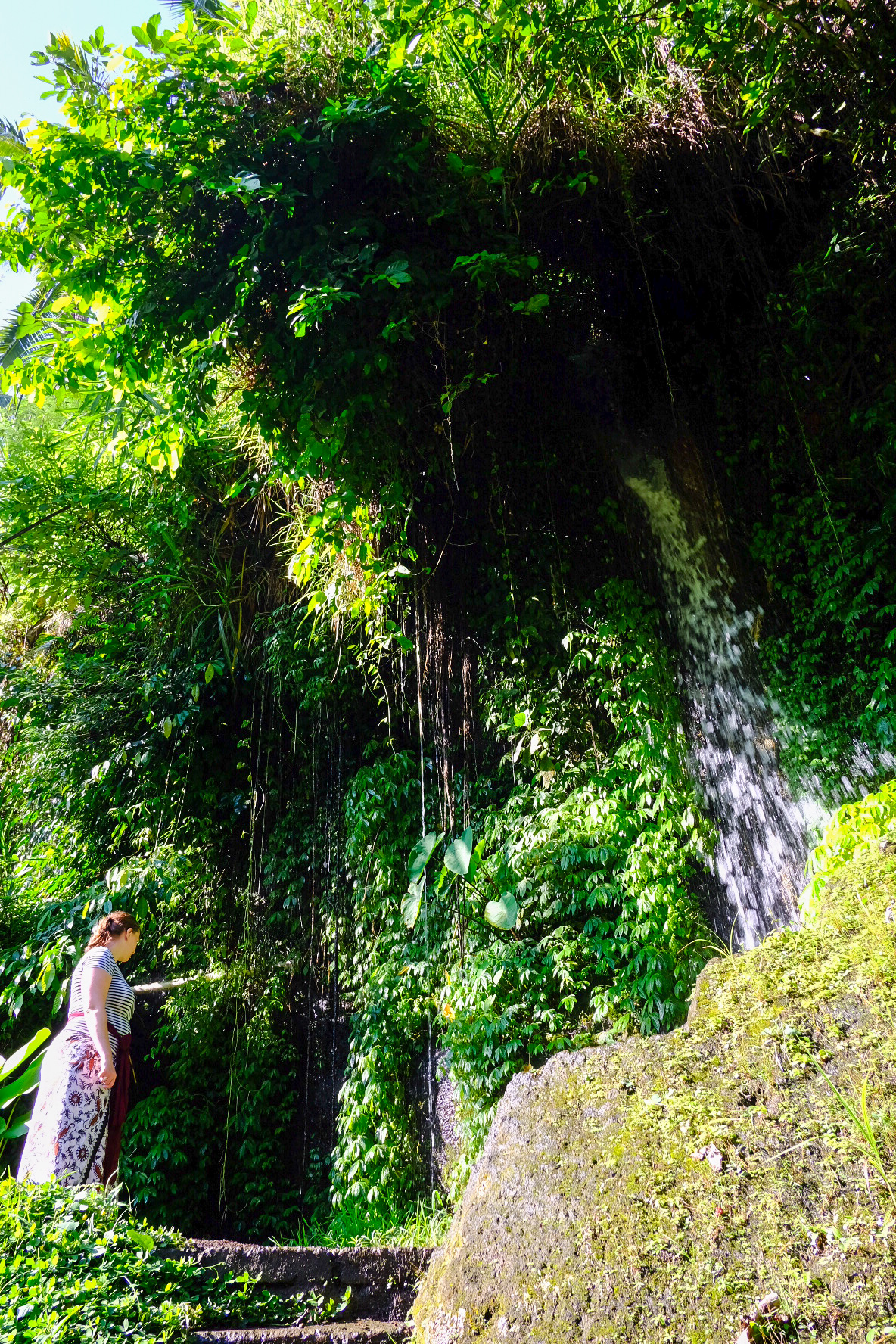 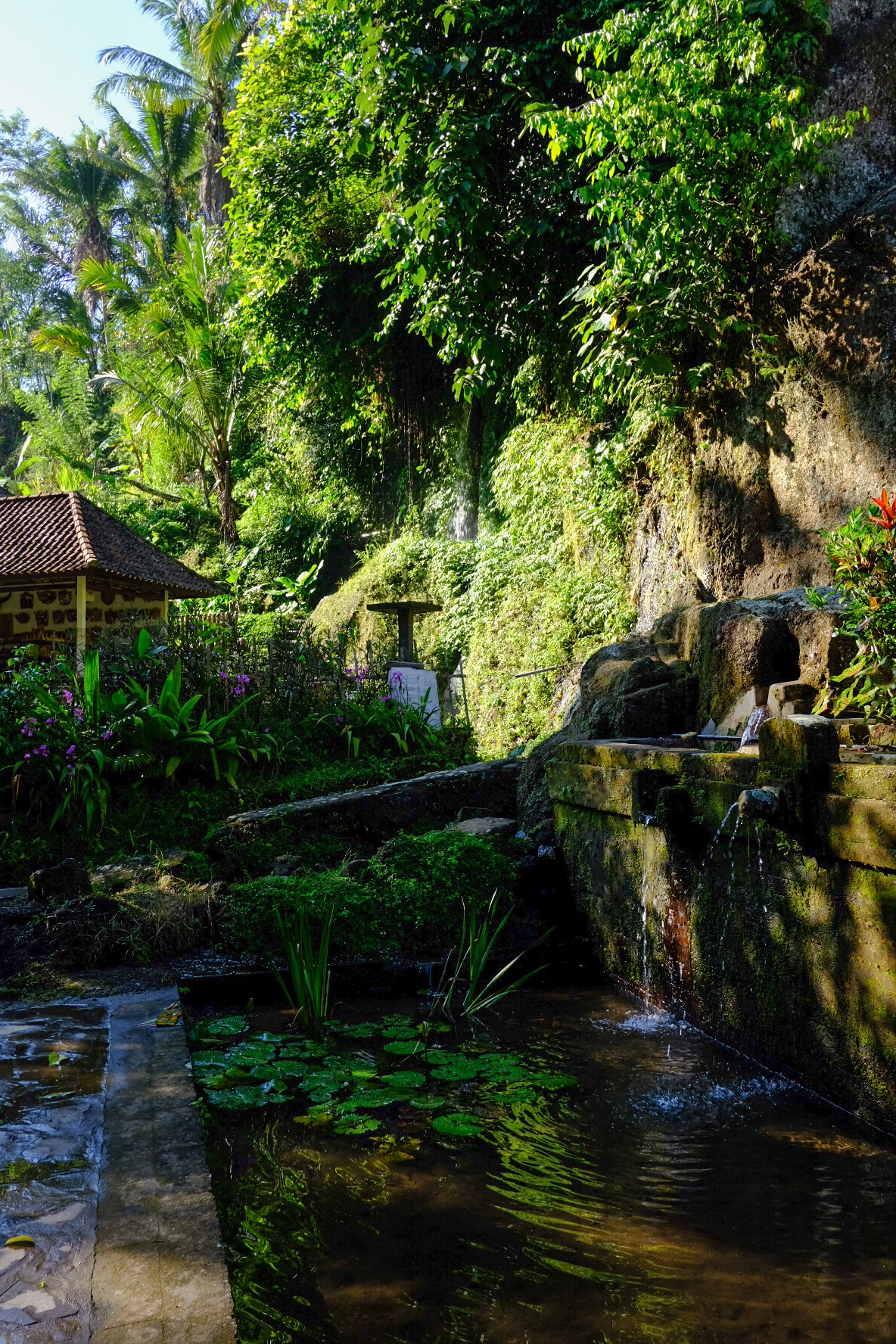 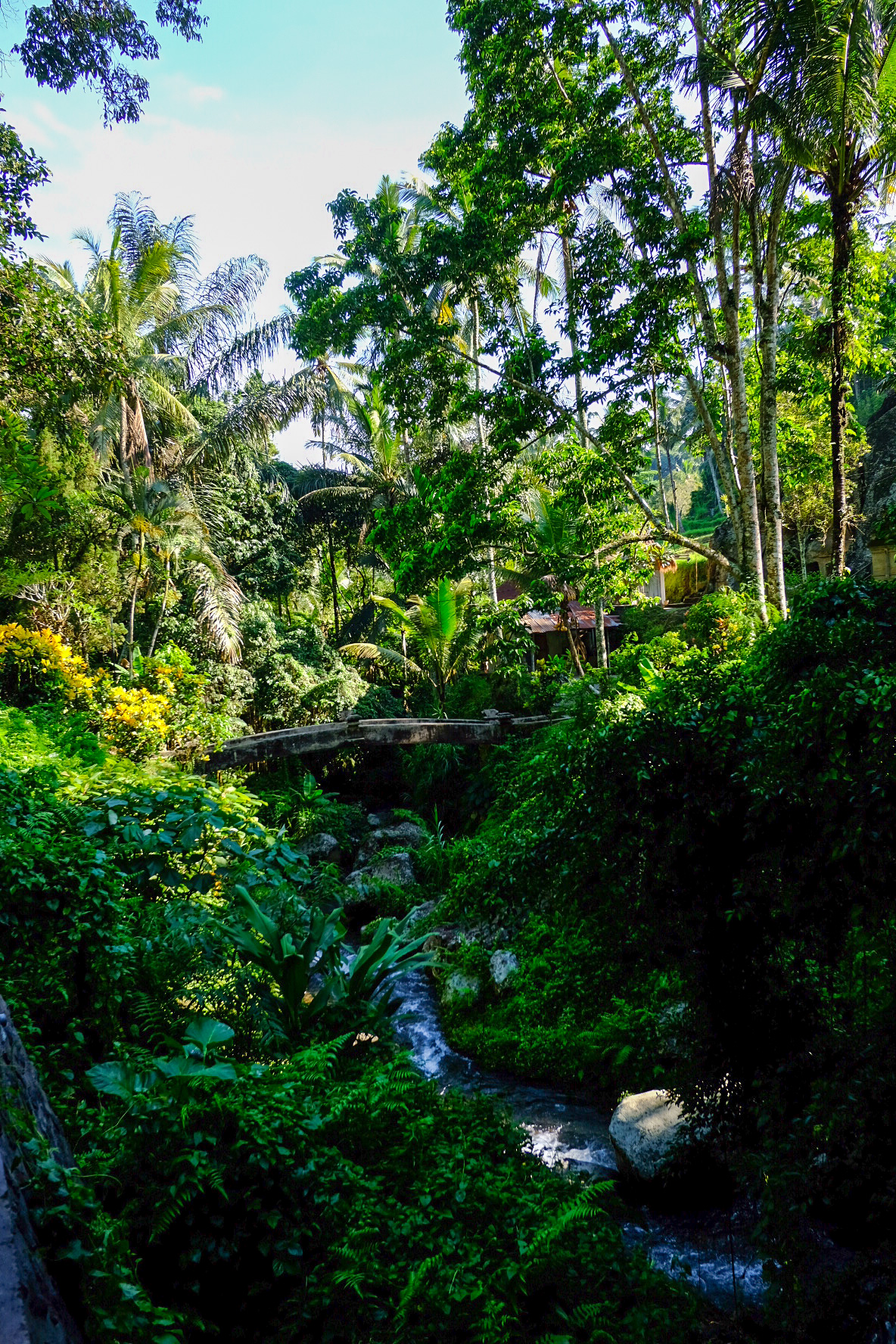 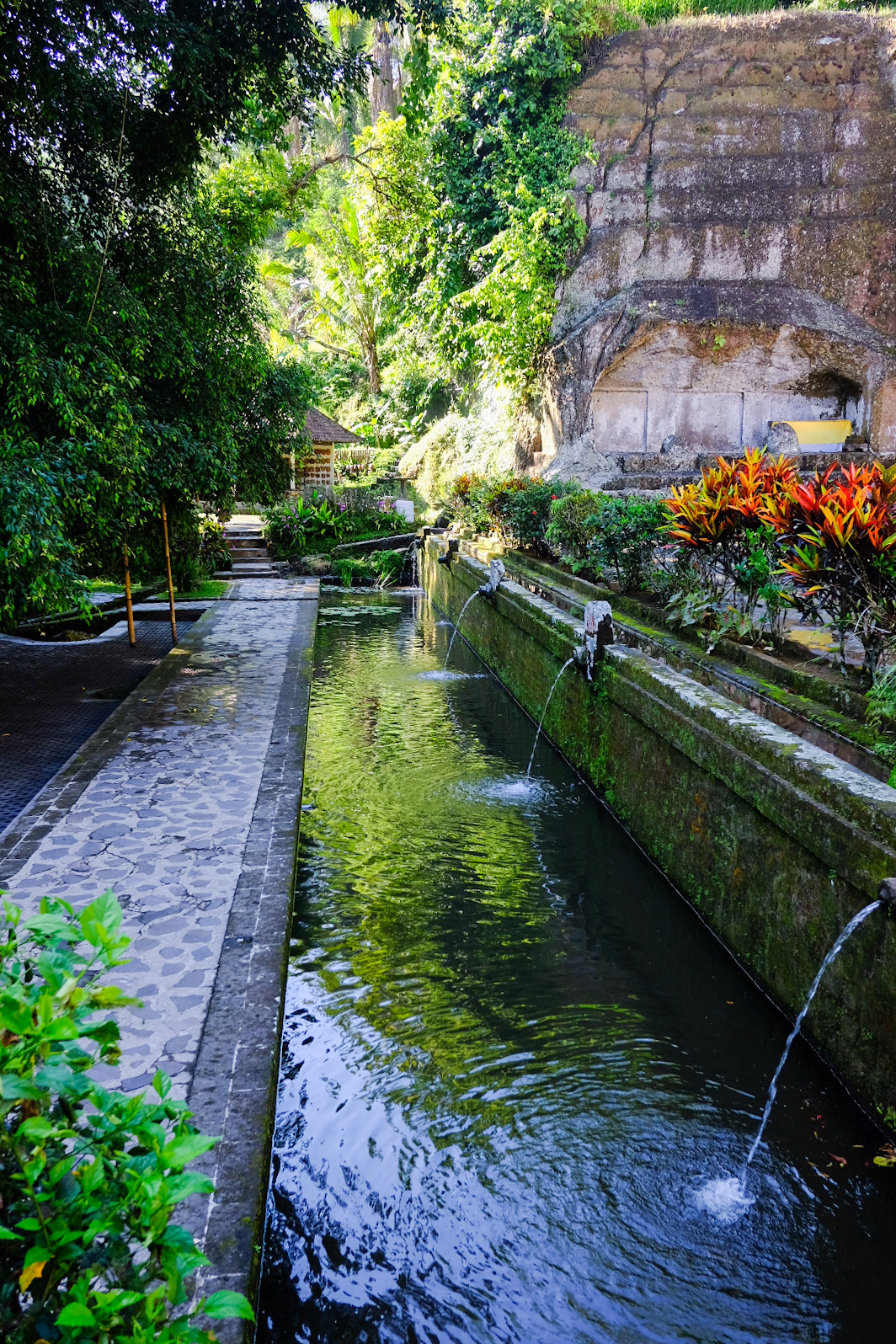 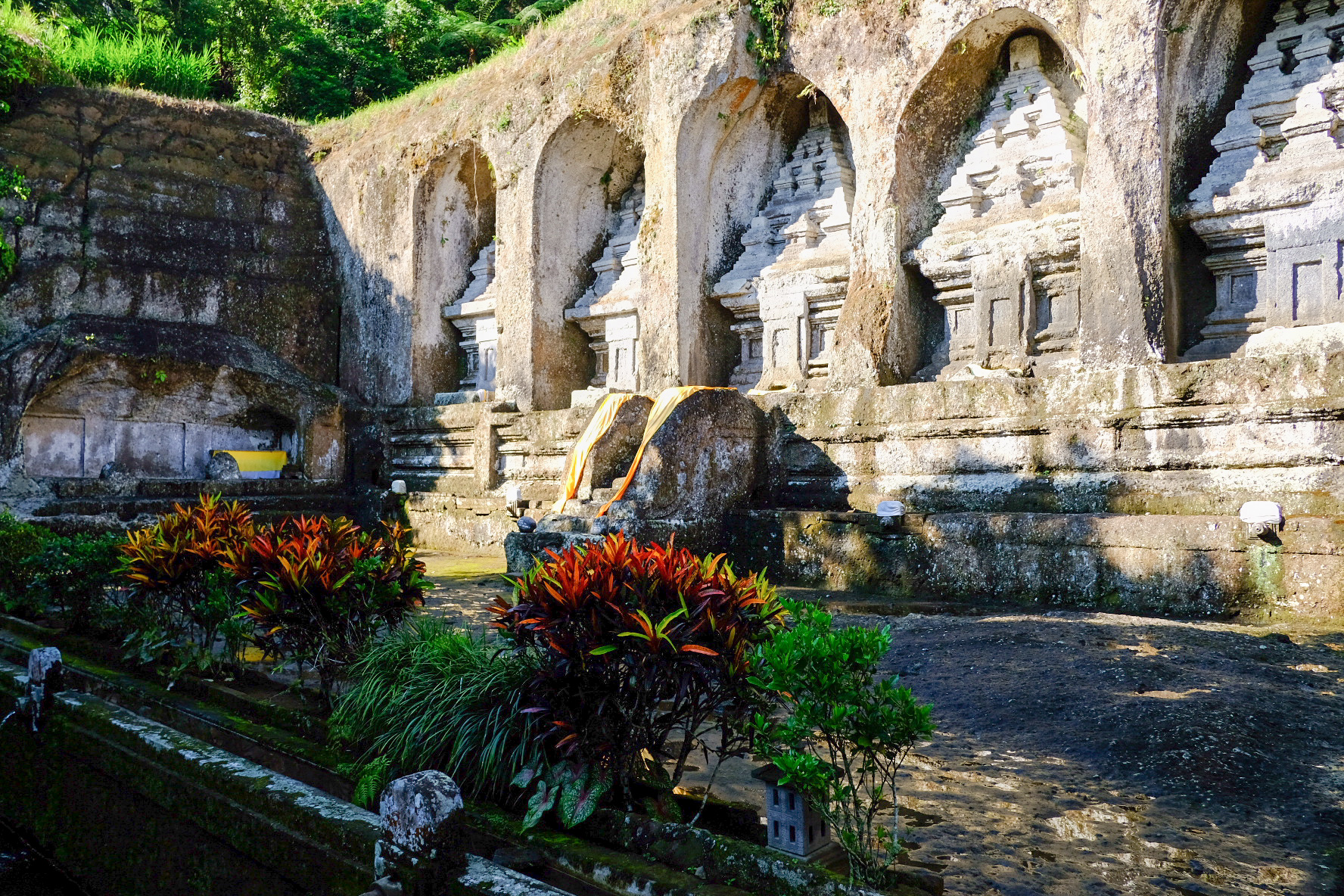 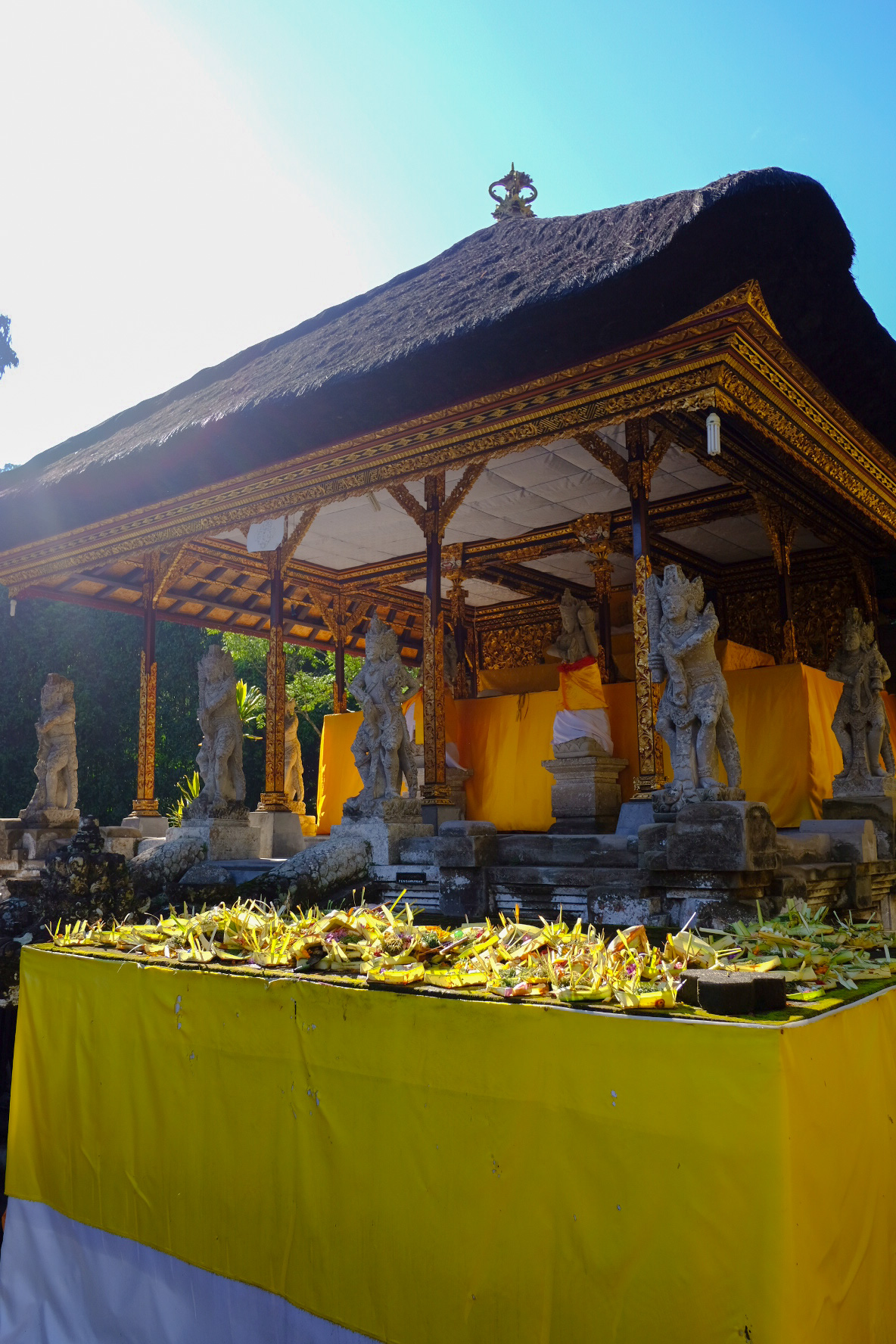 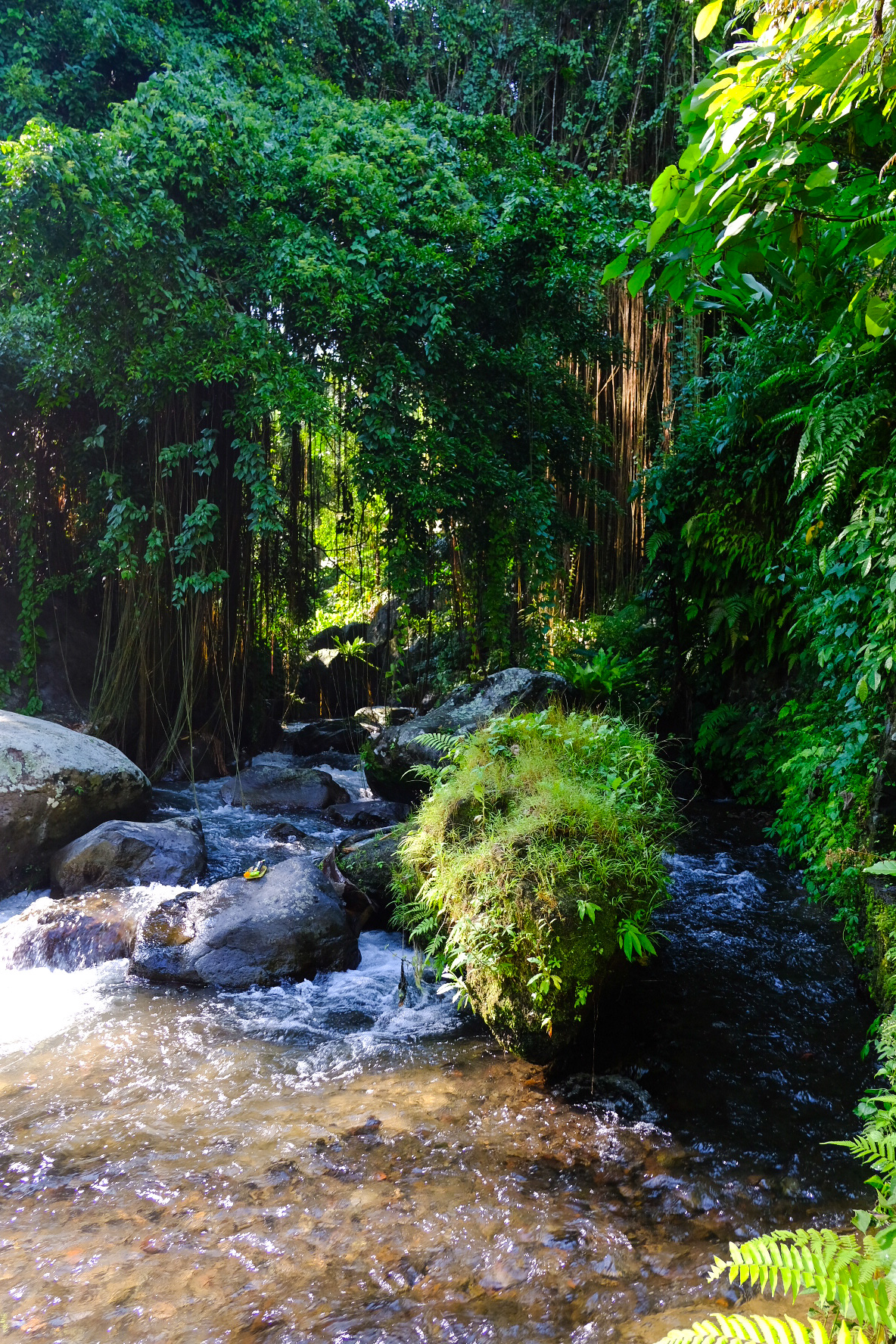 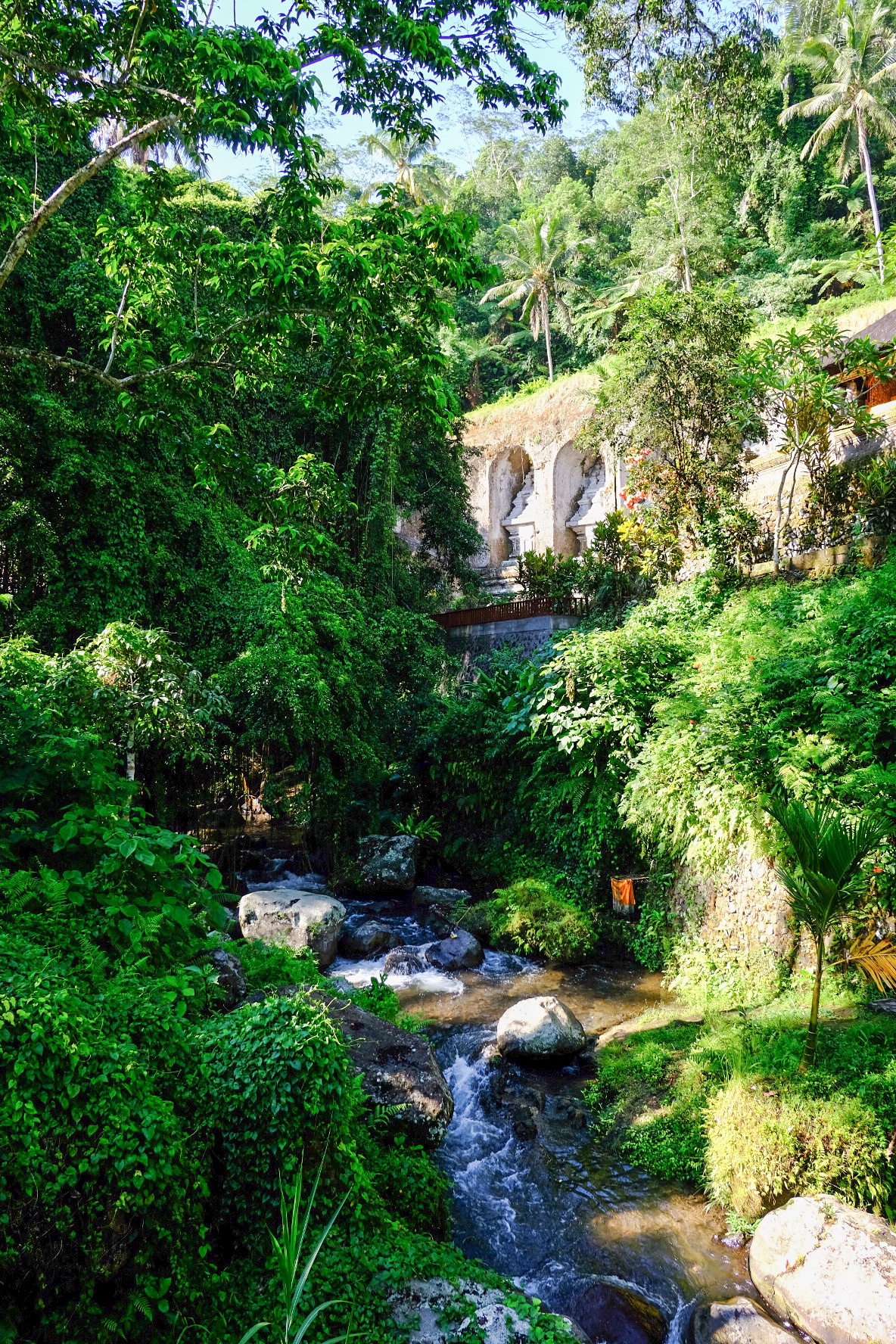 After a brutal climb back up we crawled back into the car and headed back to Amed. On the 2,5 hour journey back our guide treated us to some delicious roadside snacks, egg rolls, fried tempe and a ridiculously fluffy pancake filled with heart-attack (banana, chocolate and cheese. Yes, cheese). Sorry no pictures as we were too busy stuffing our faces to think of taking a picture..

Another great day in this amazing country. Next up are a night-market eating fest and climbing a volcano. See you next post!