First there was nothing… Then we had an egg in the morning at the peak of a volcano. We found it so hard to leave him there, so Tim took a bite. 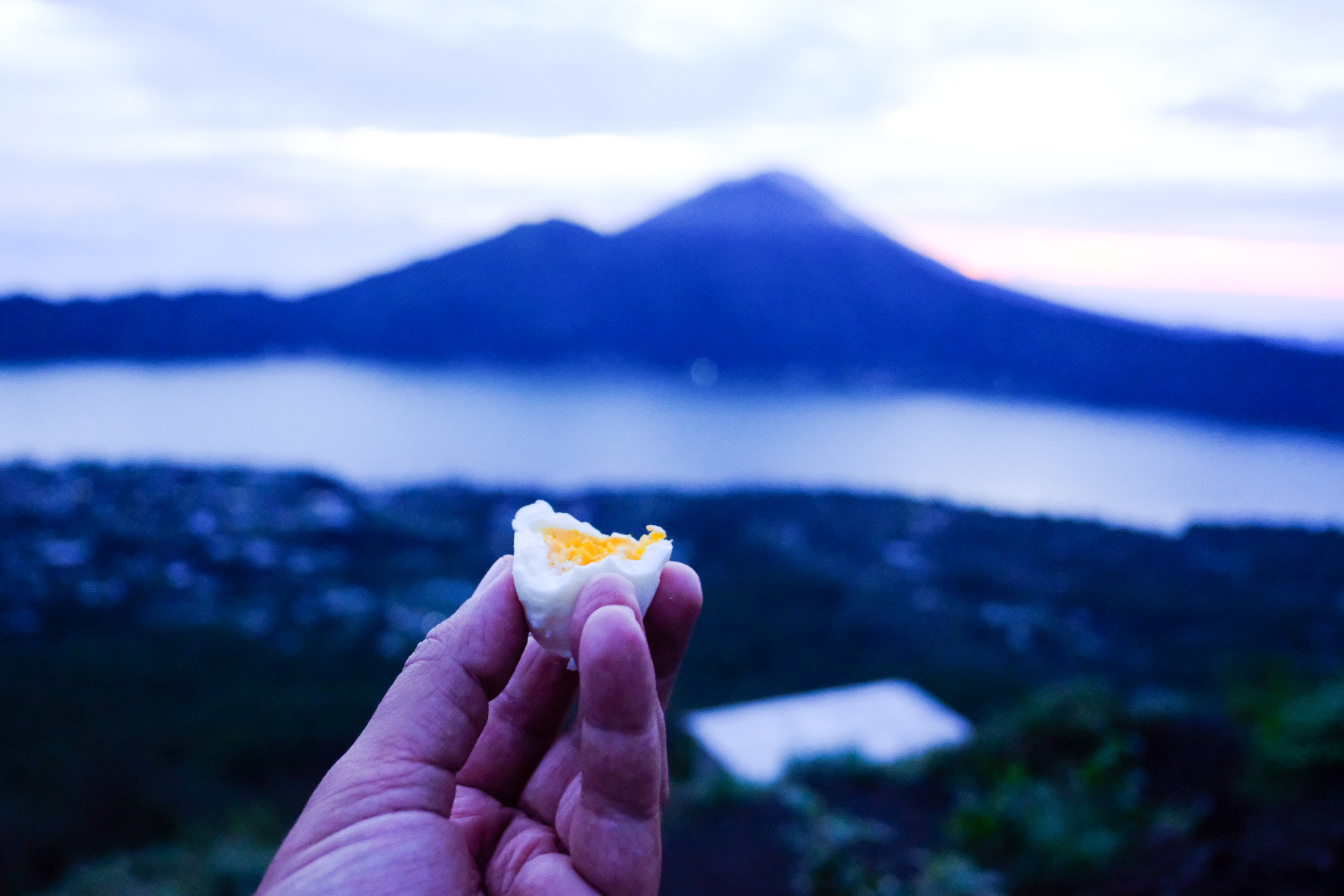 At night, 1:00 PM, we got picked up by our driver to bring us to the foot of Bali’s volcano, the Gunung Batur. After a two hour drive we arrived at the parking lot, where a horde of hungry guides jumped us as soon as we showed our western faces. They all wanted to take us up the mountain. But luckily for us we already arranged a guide in advance. We struggled to get through and smacked there faces. After shaking them, and some other random vendors, we had some tea and coffee and met with our guide. It was very dark still (~4:00 PM) so we got handed over some torch lights and we began our climb. It was going to be a touch one. 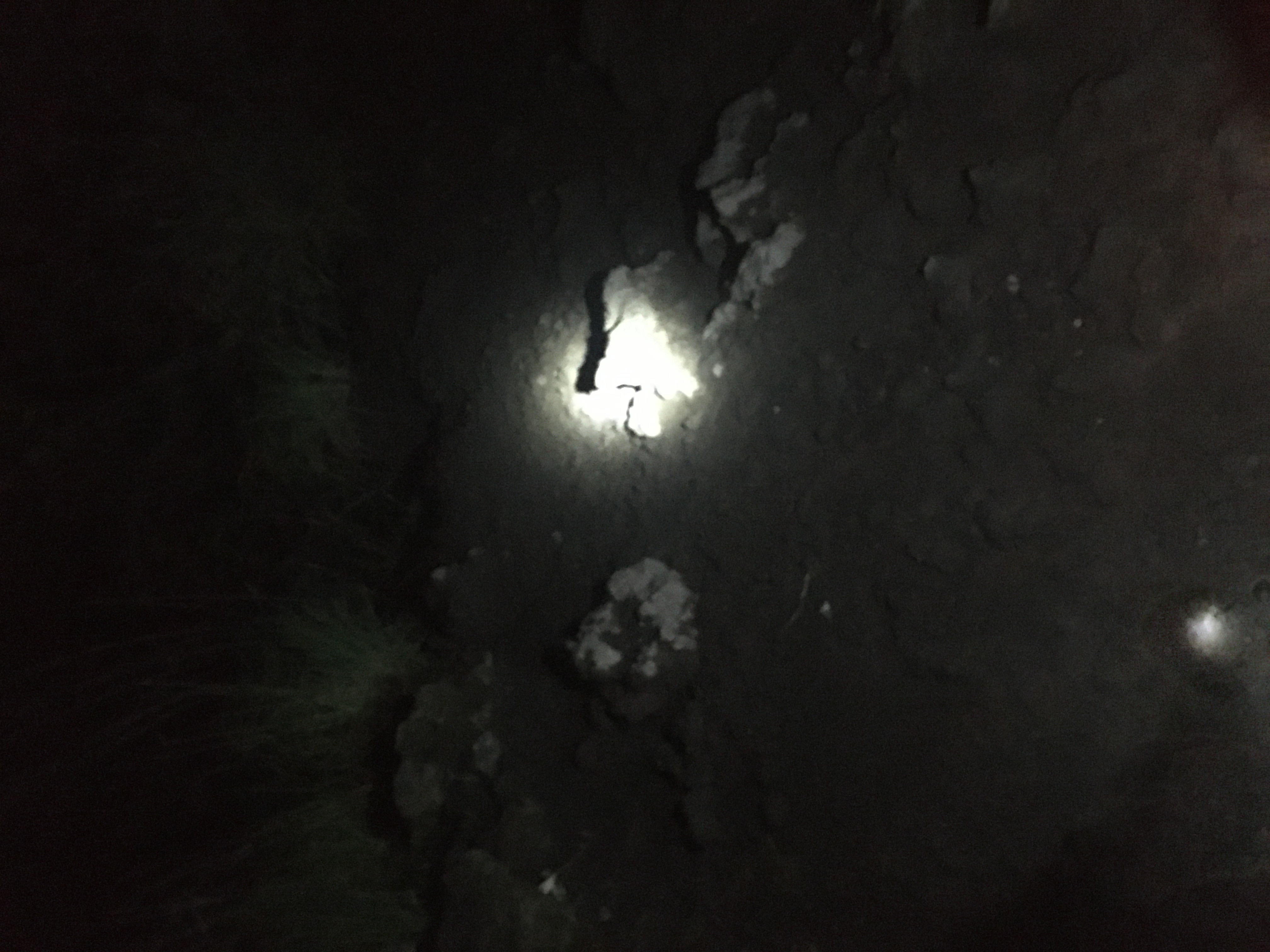 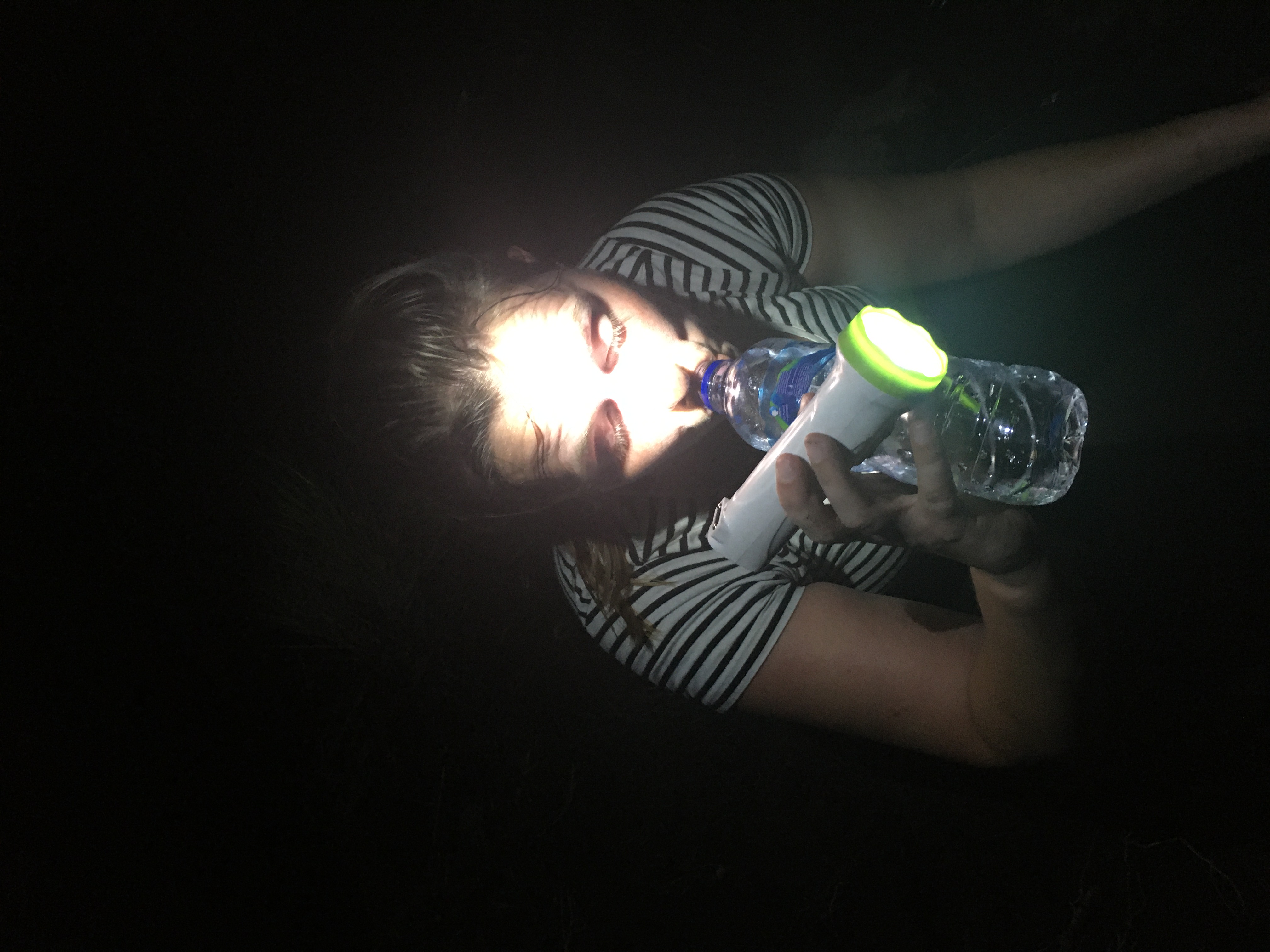 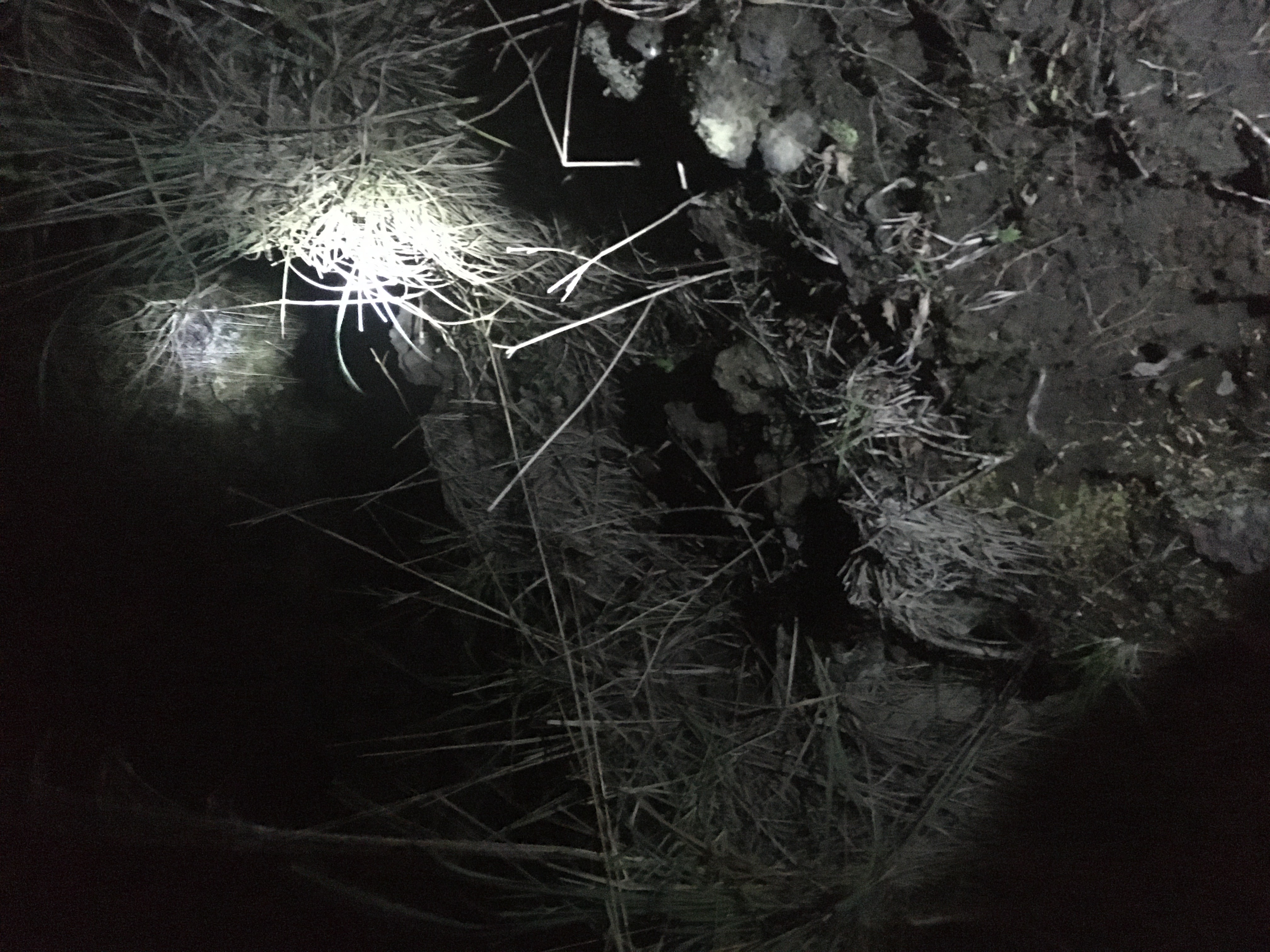 The climb began simple enough. Along a road and through a farm but the path started to become more challenging by the minute. Soon we were struggling because of the loose gravel, rocks and small boulders made of lava stone. Here and there we got a visit of the lava bracelet vender, just popping up out of nowhere. It also did not helped us that the previous day we had some serious rain which had washed away the easy paths.

After climbing for about a hour and a half we reached the summit. We were still about 30 mins away from sunrise which was the reason to do this climb in the first place. We could catch our breaths and our guide made us some tea and coffee. There were some huts which had a simple gas burner and the guide brought some basic supplies. He would make some breakfast for us there.

Then it was time for sunrise, while enjoying our egg and banana bread, we enjoyed the epic view. In front of us we could see the other massive volcano, Gunung Agung, and the biggest lake on Bali, lake Batur. 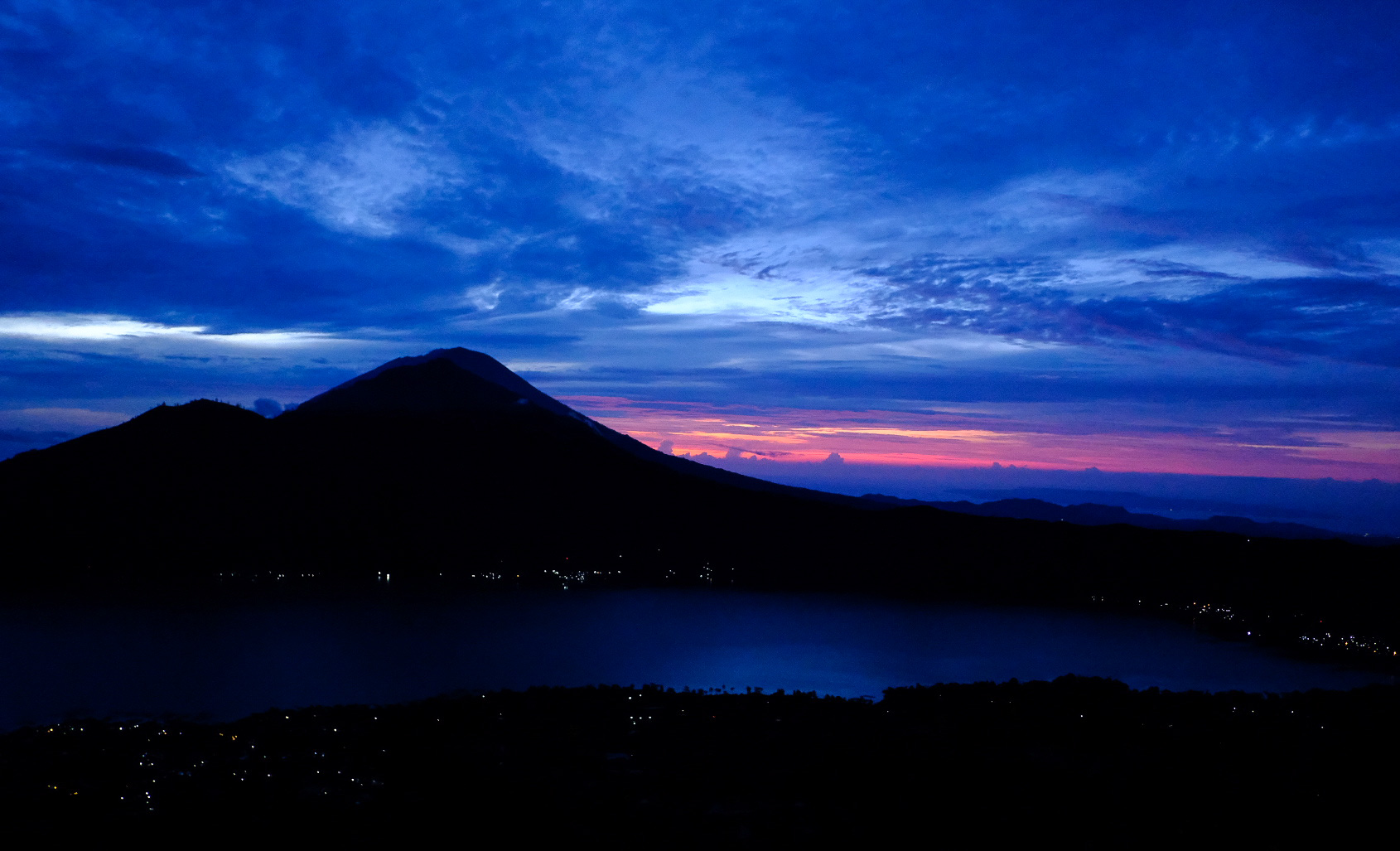 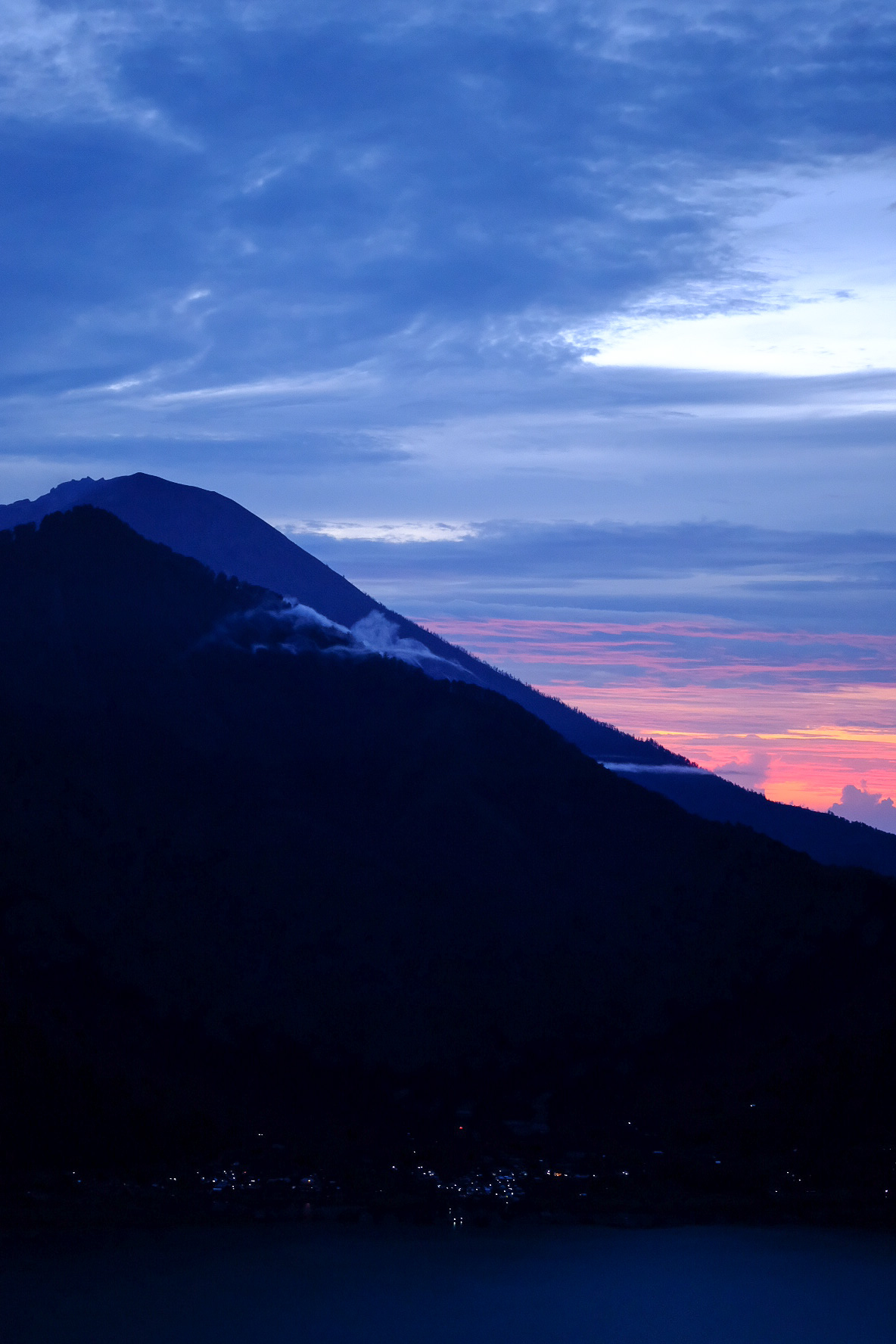 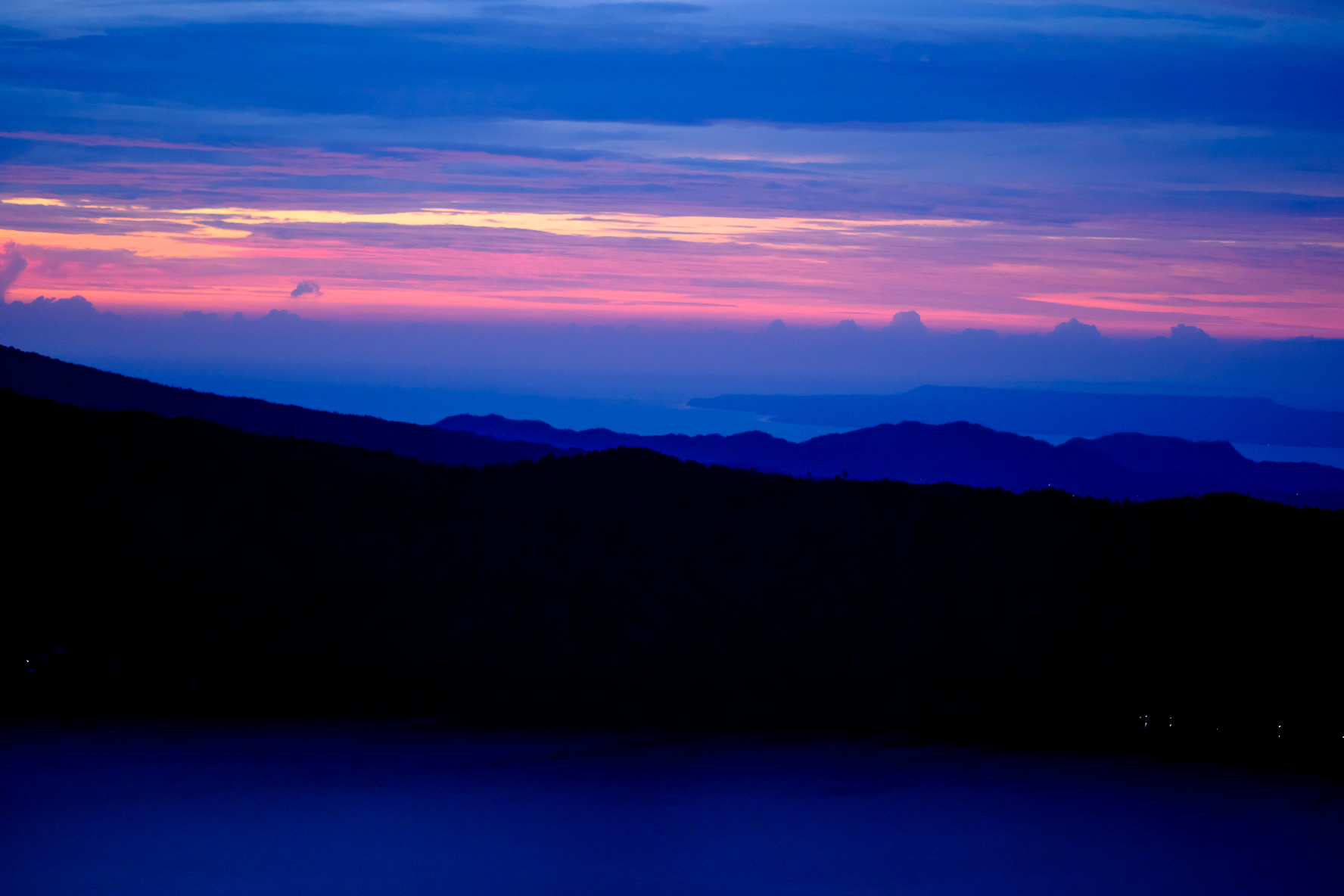 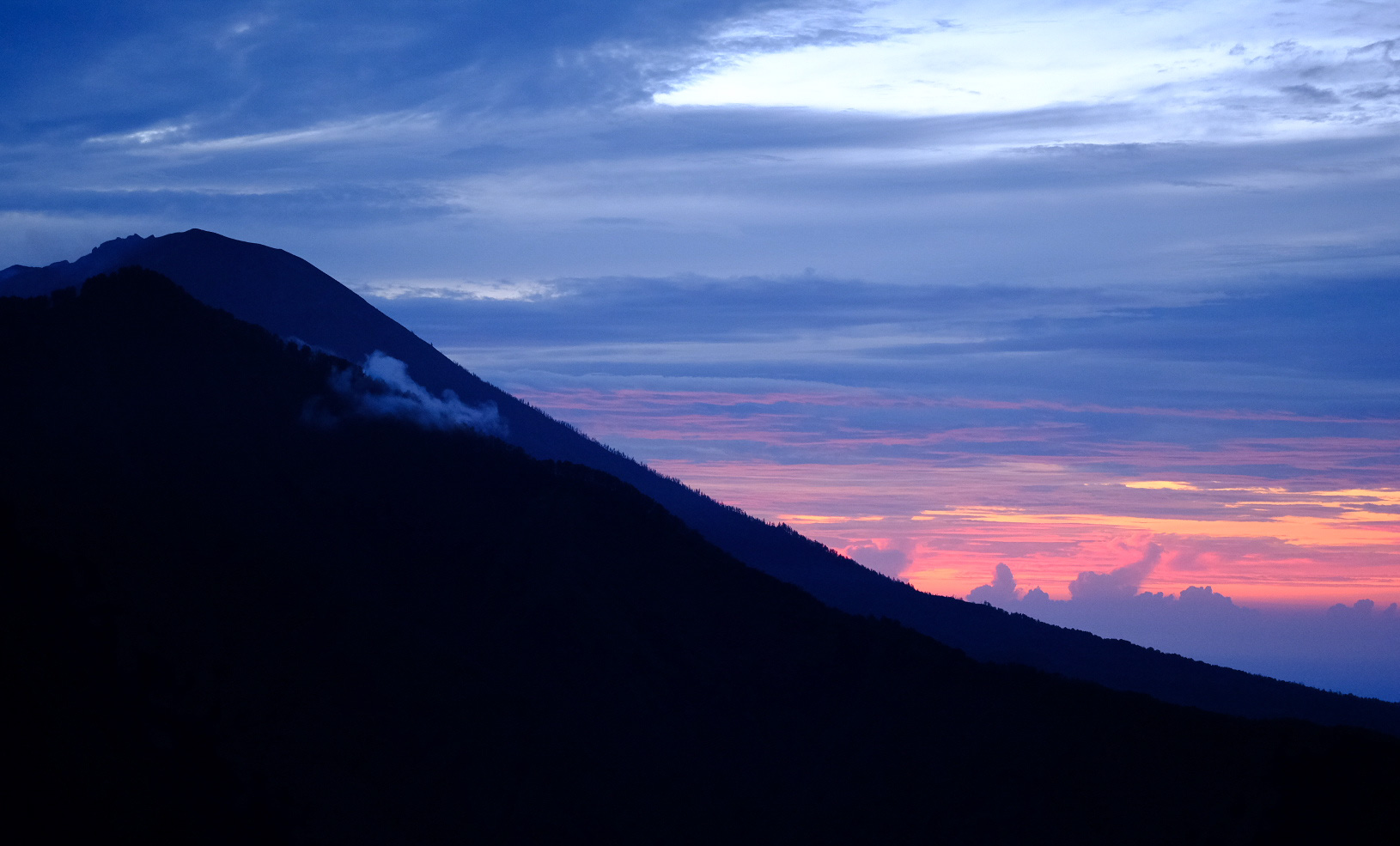 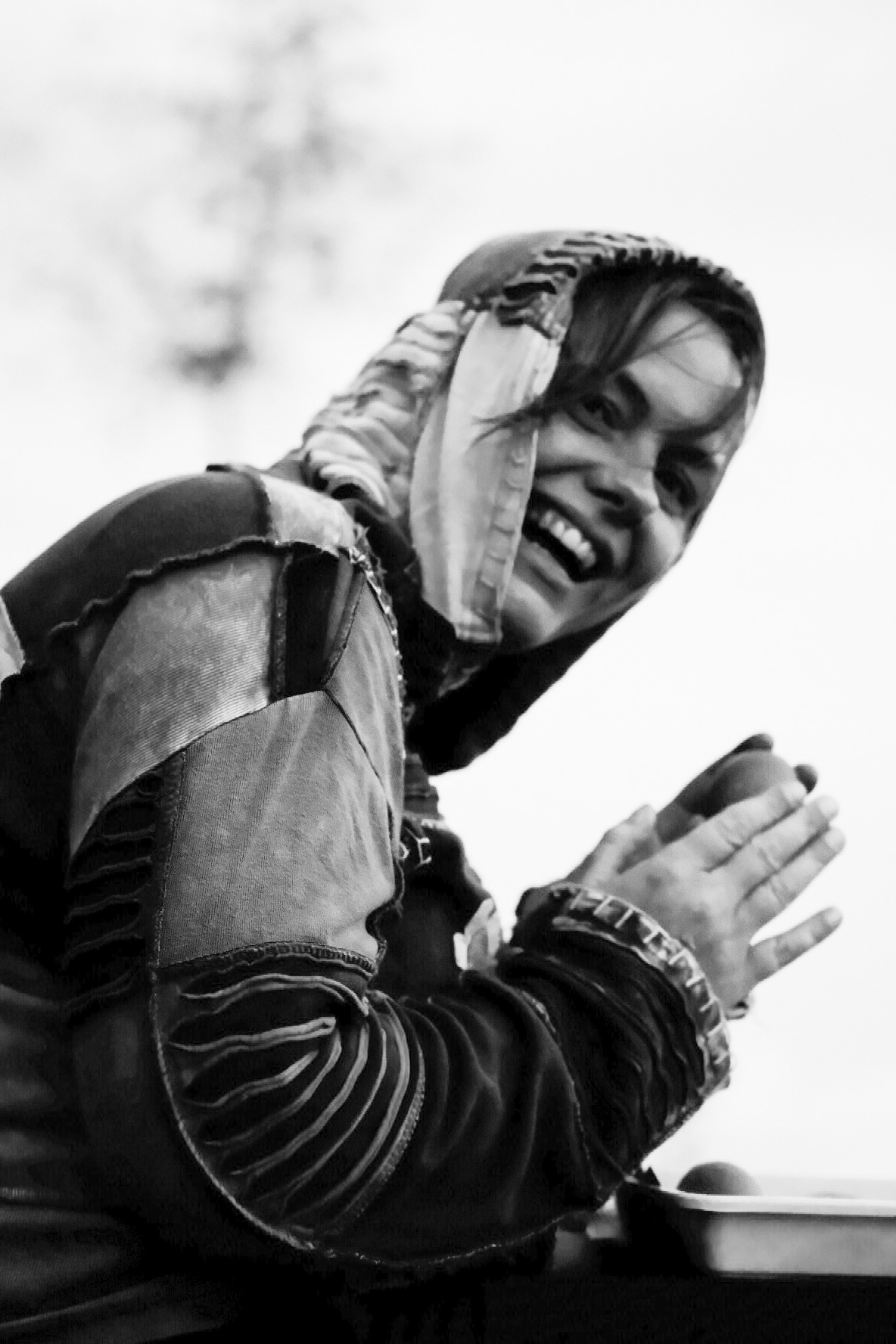 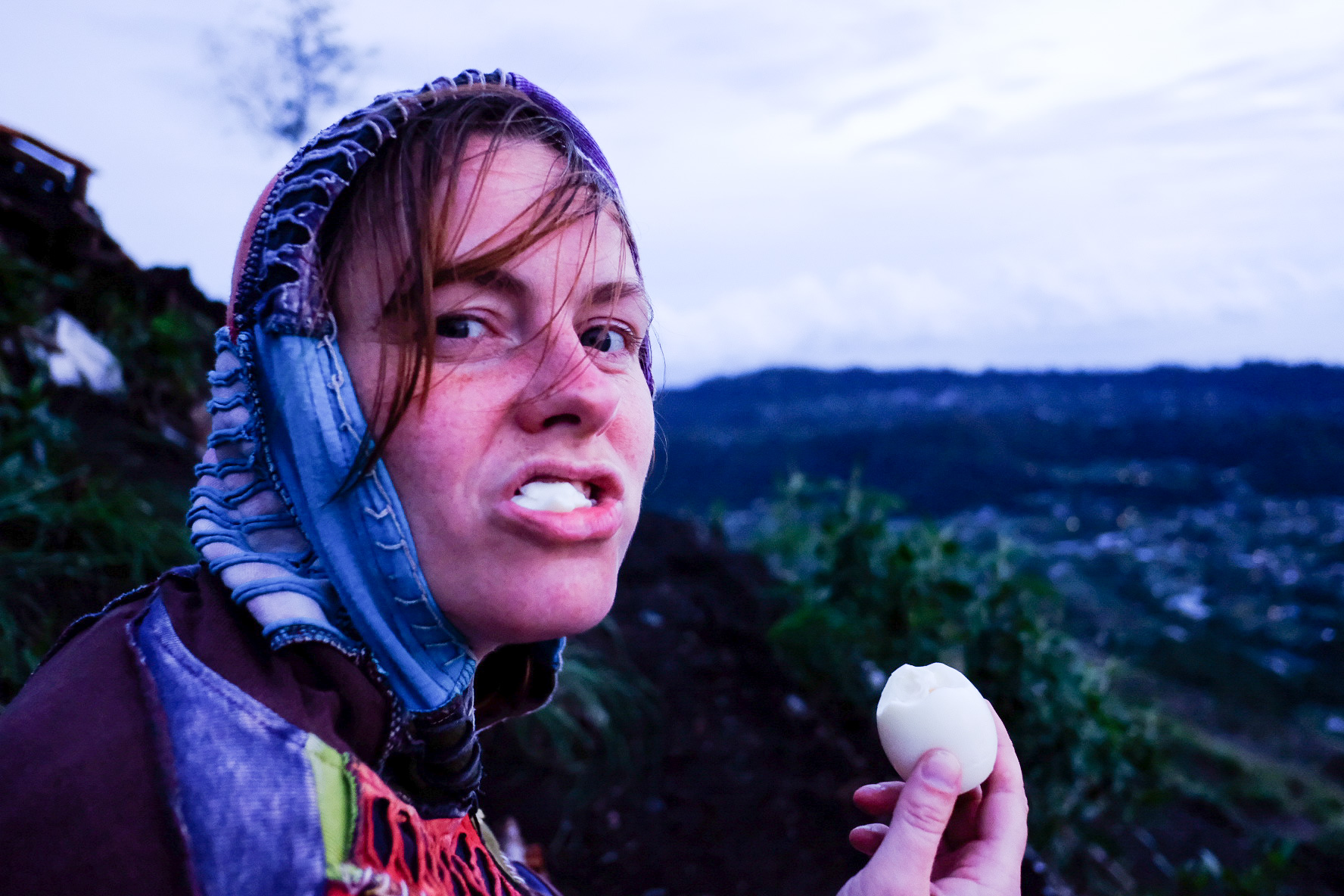 After enjoying our time at almost 1800 meters above sea level, it was time to move down again. Little did we know that moving down was twice the struggle as moving up… The steps were treacherous. The gravel and loose rocks were causing us to slip and fall a few times. Annoyingly we got overtaken by some locals wearing flip flops…. The environment around was still very epic though. 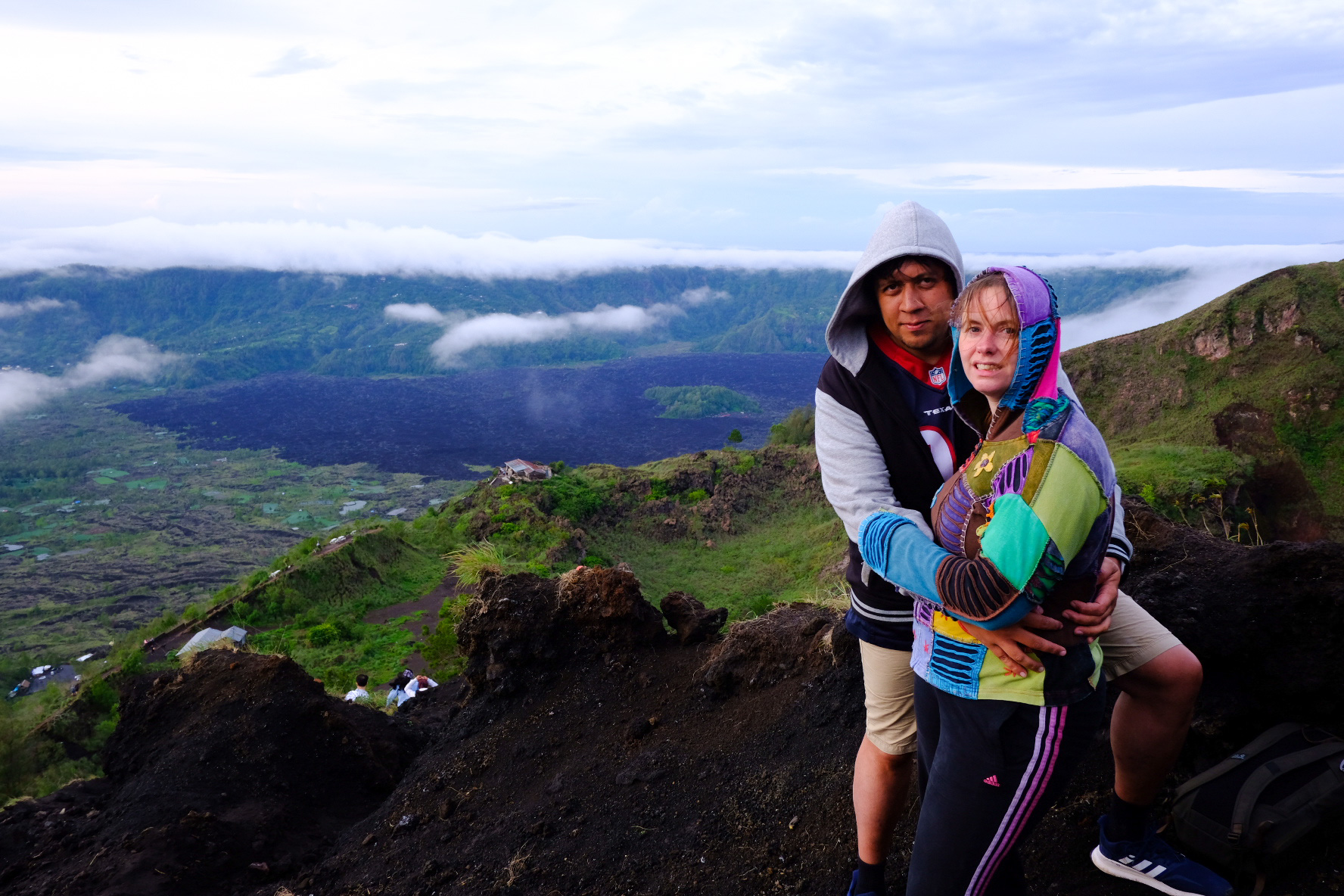 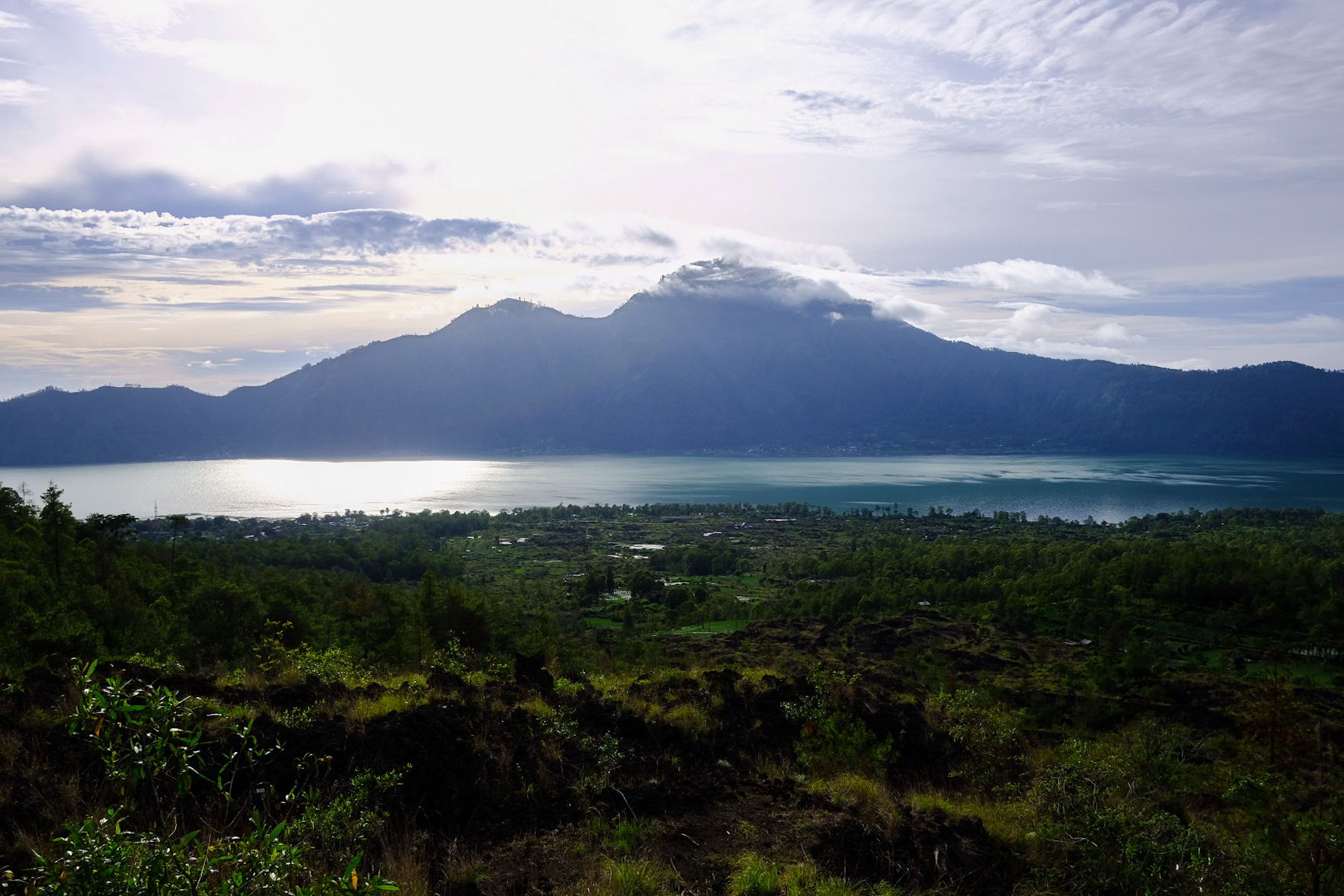 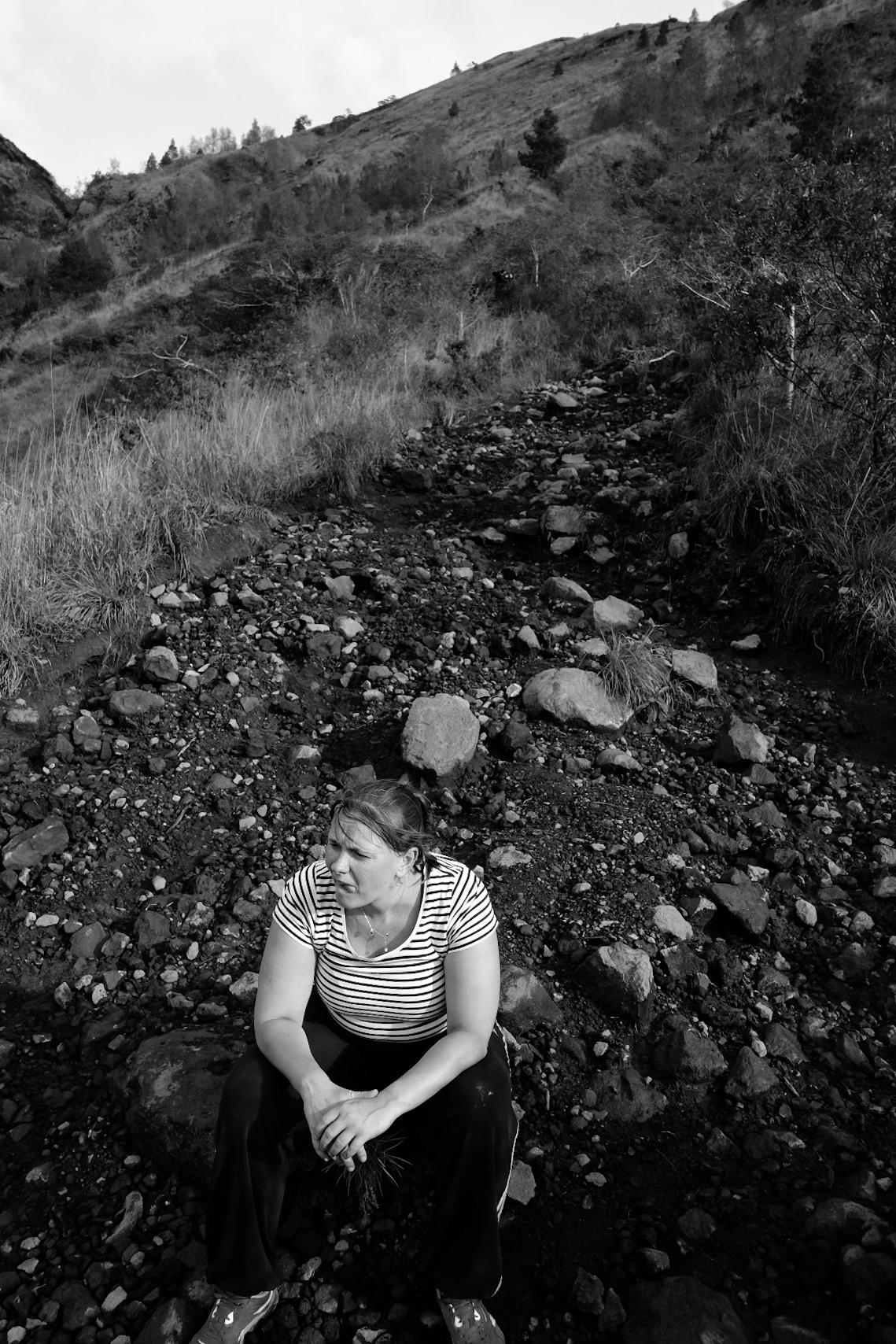 After reaching the bottom, our driver picked us up and brought us to a nearby hot spring where we relaxed our muscles for a while.

Completely relaxed we had one more attraction to visit, the biggest temple complex of Bali called Besakih. It was once again a very beautiful temple. The biggest one we’ve seen so far for sure. 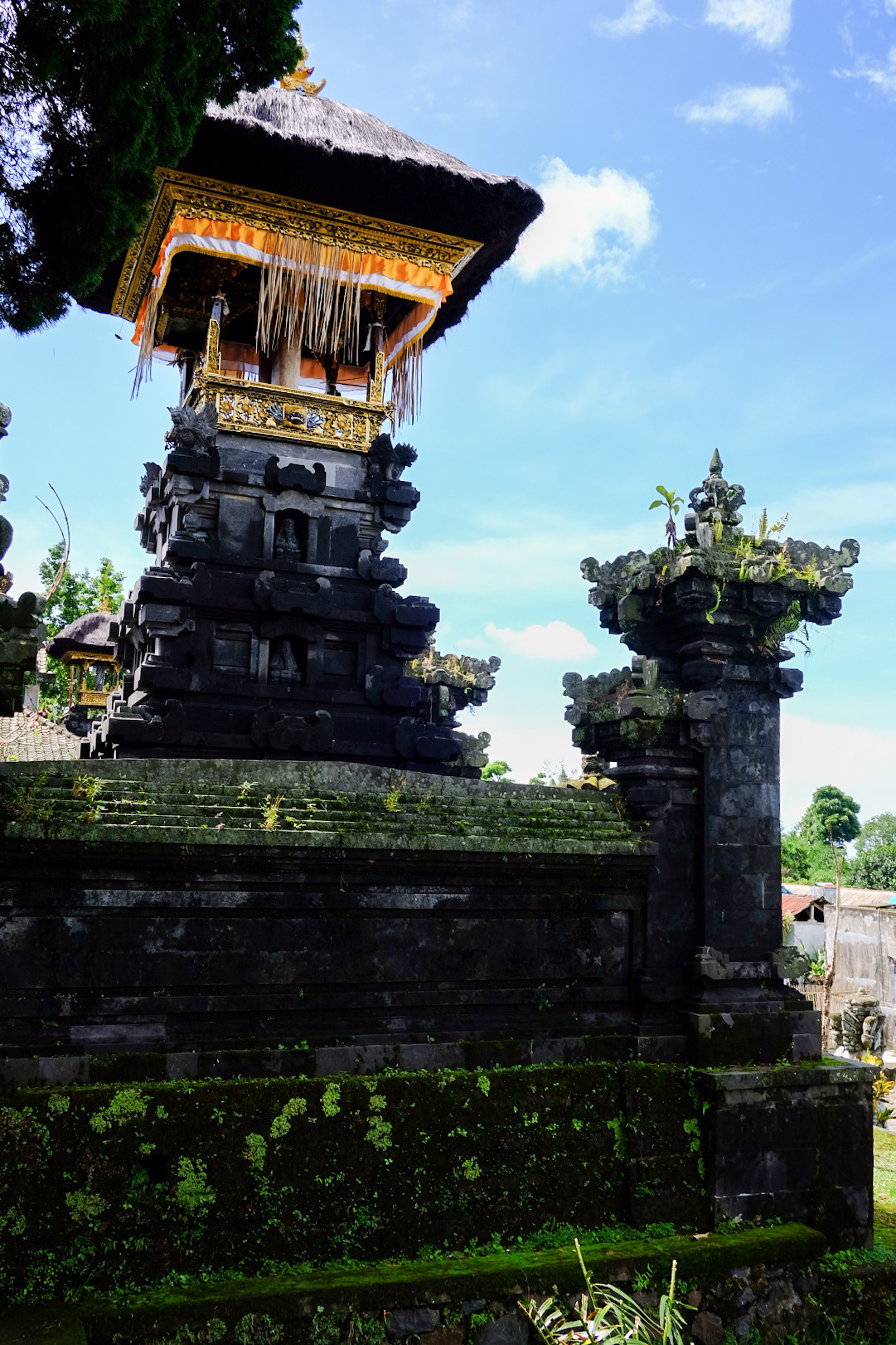 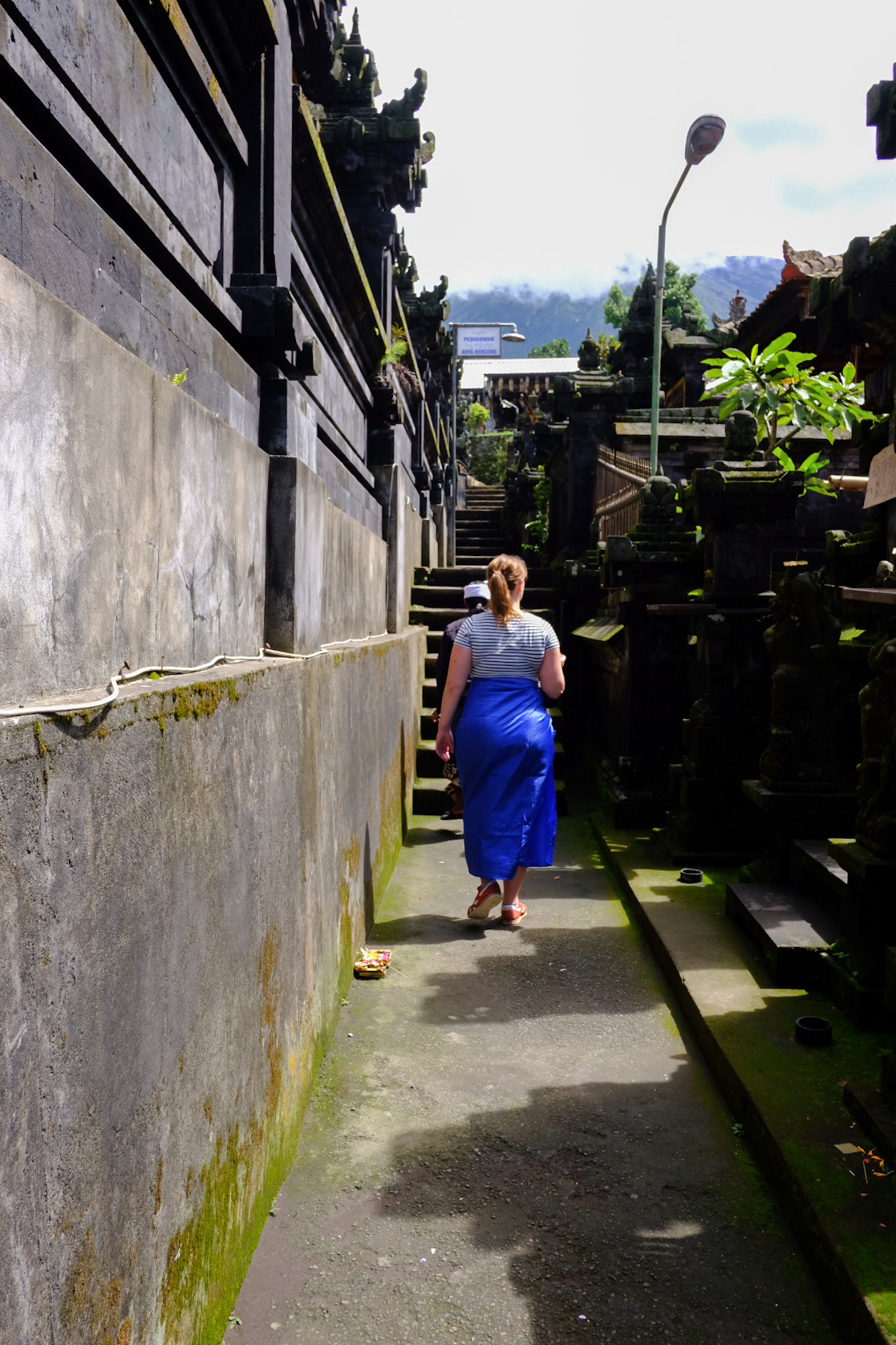 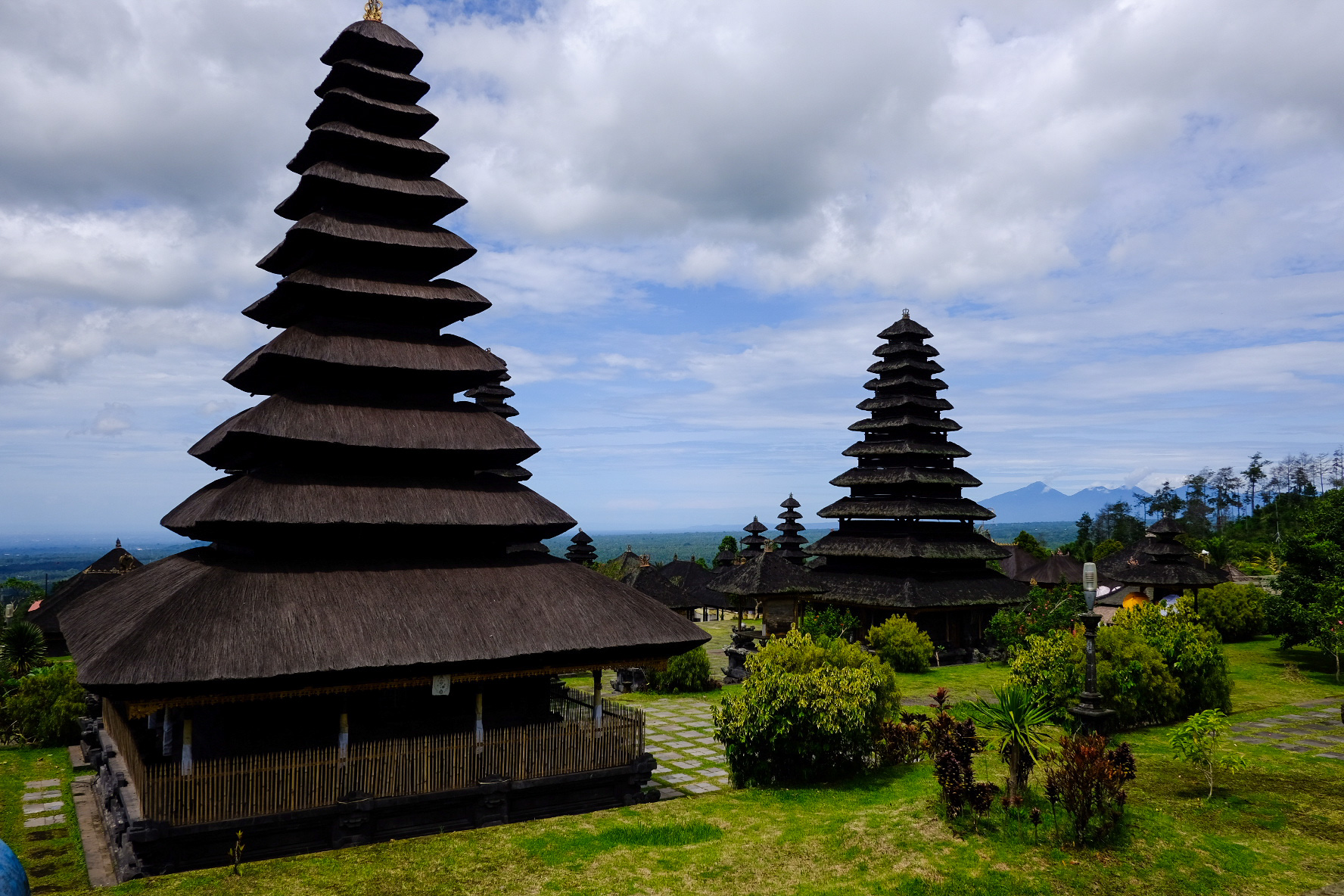 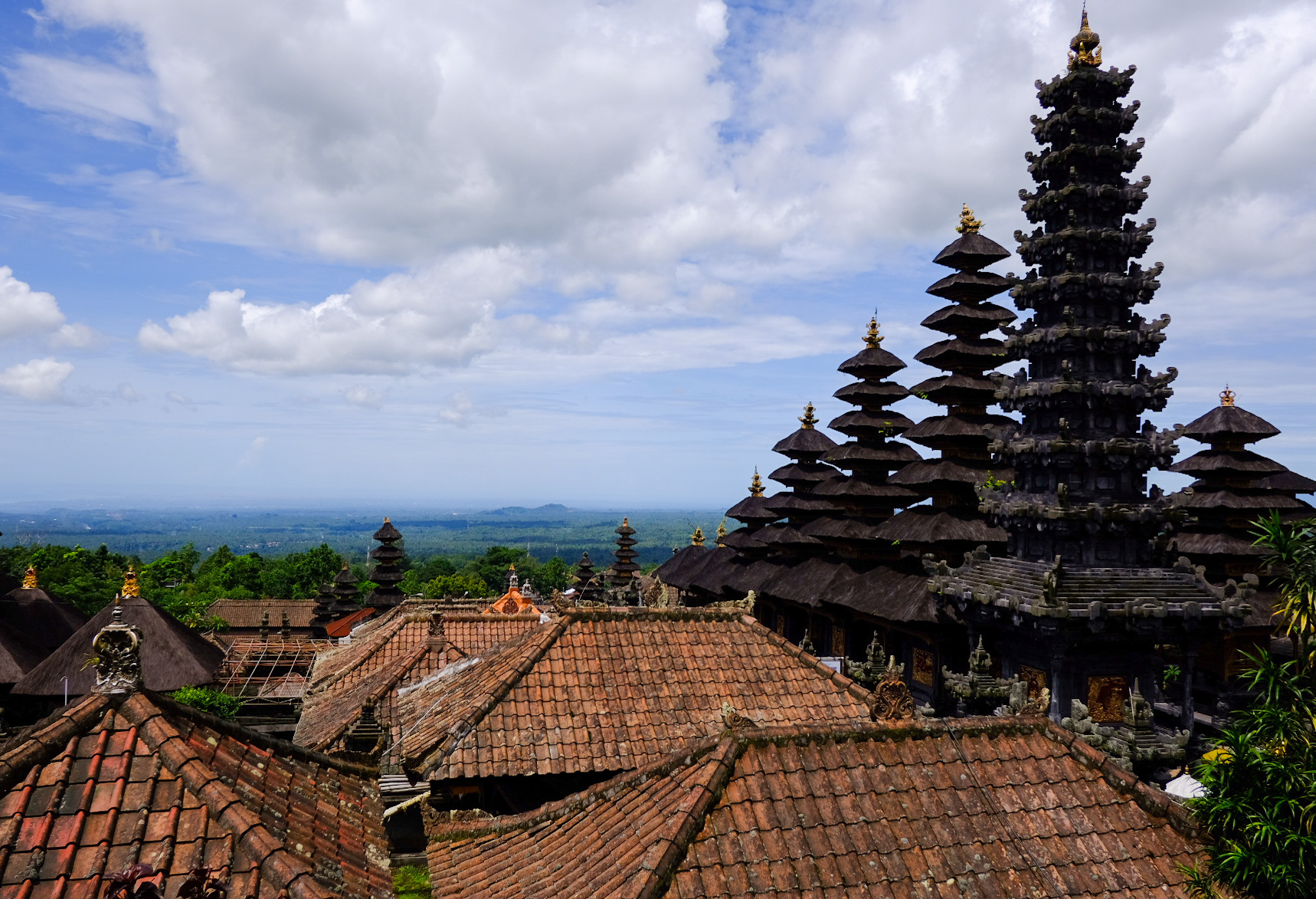 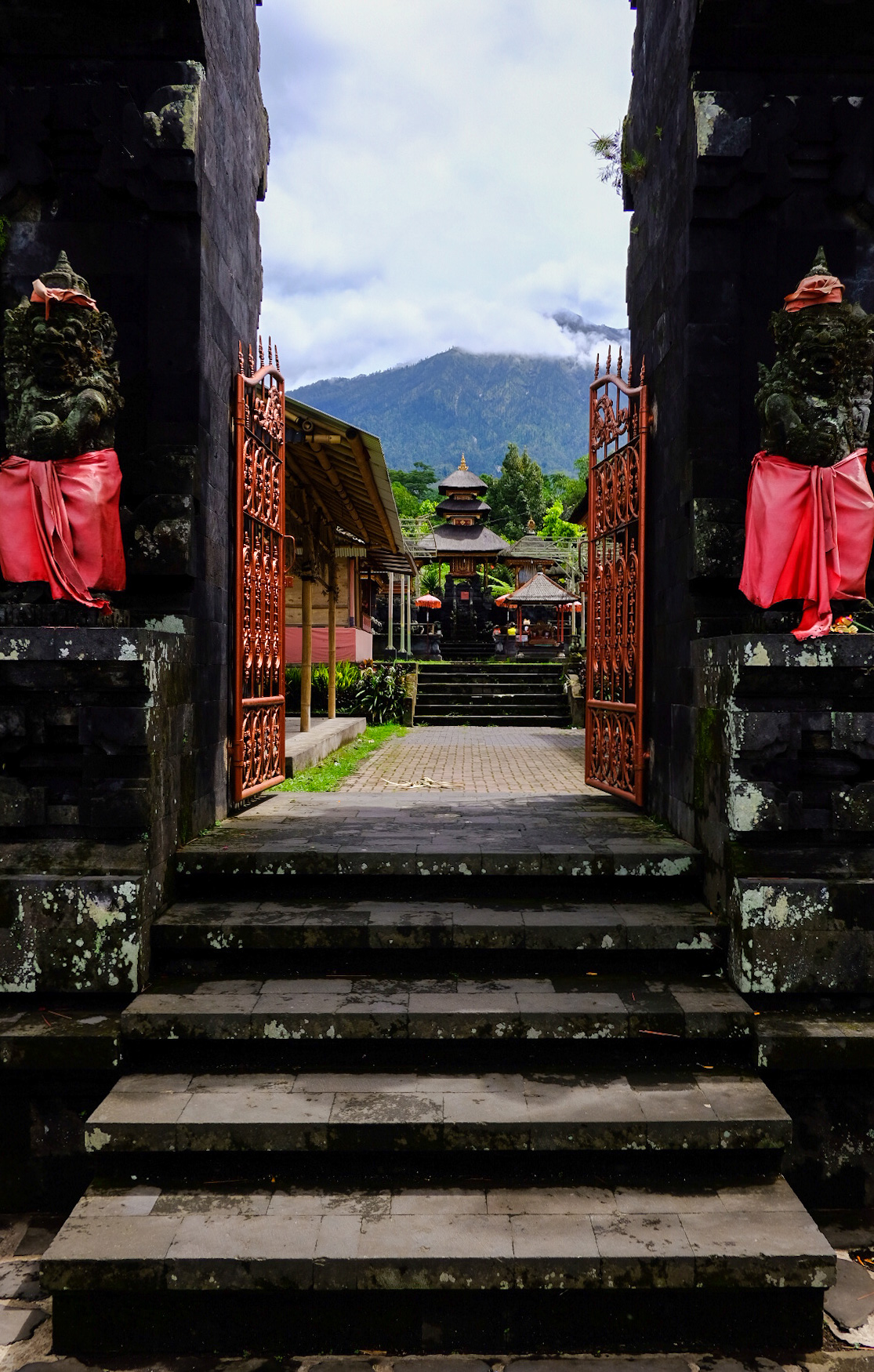 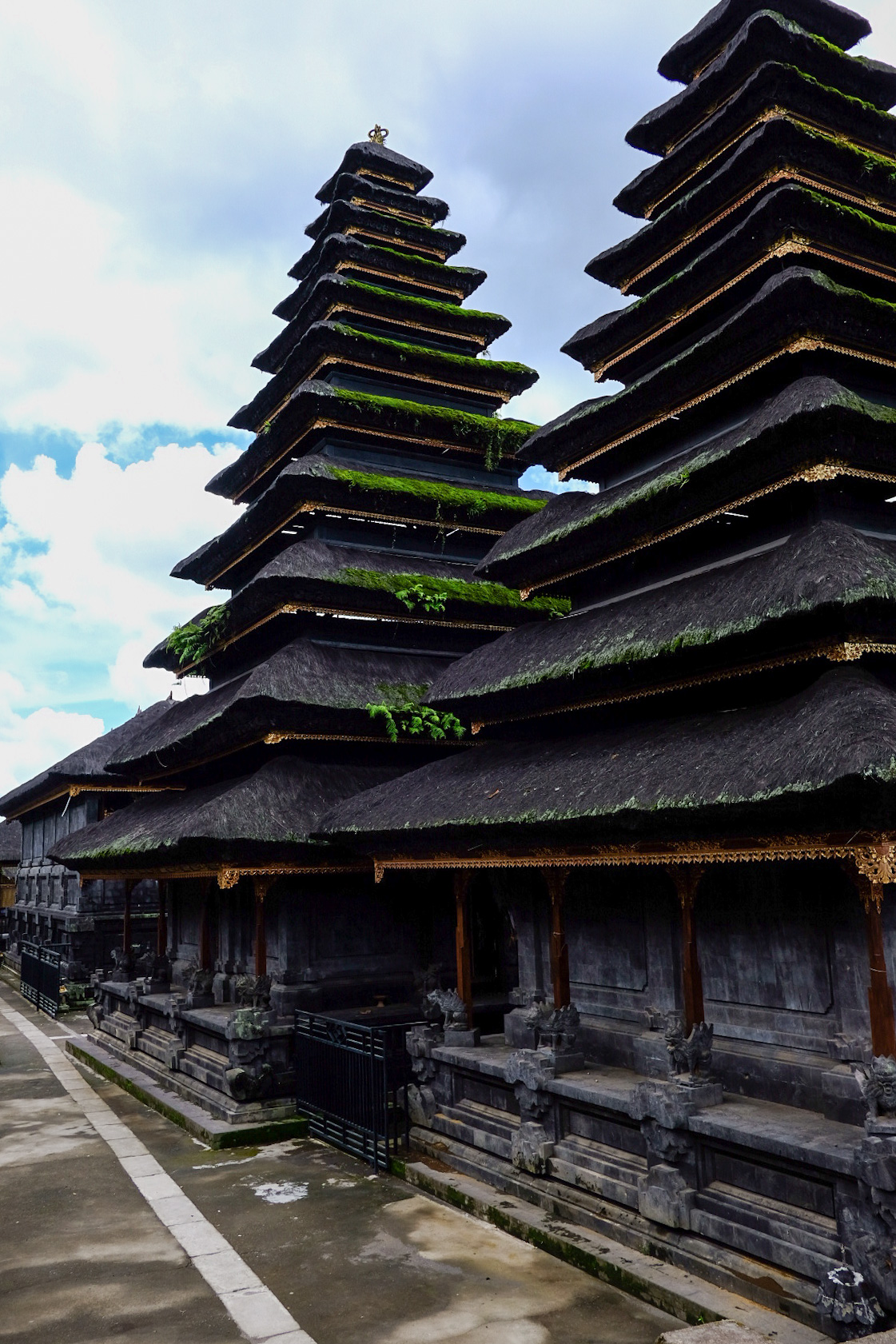 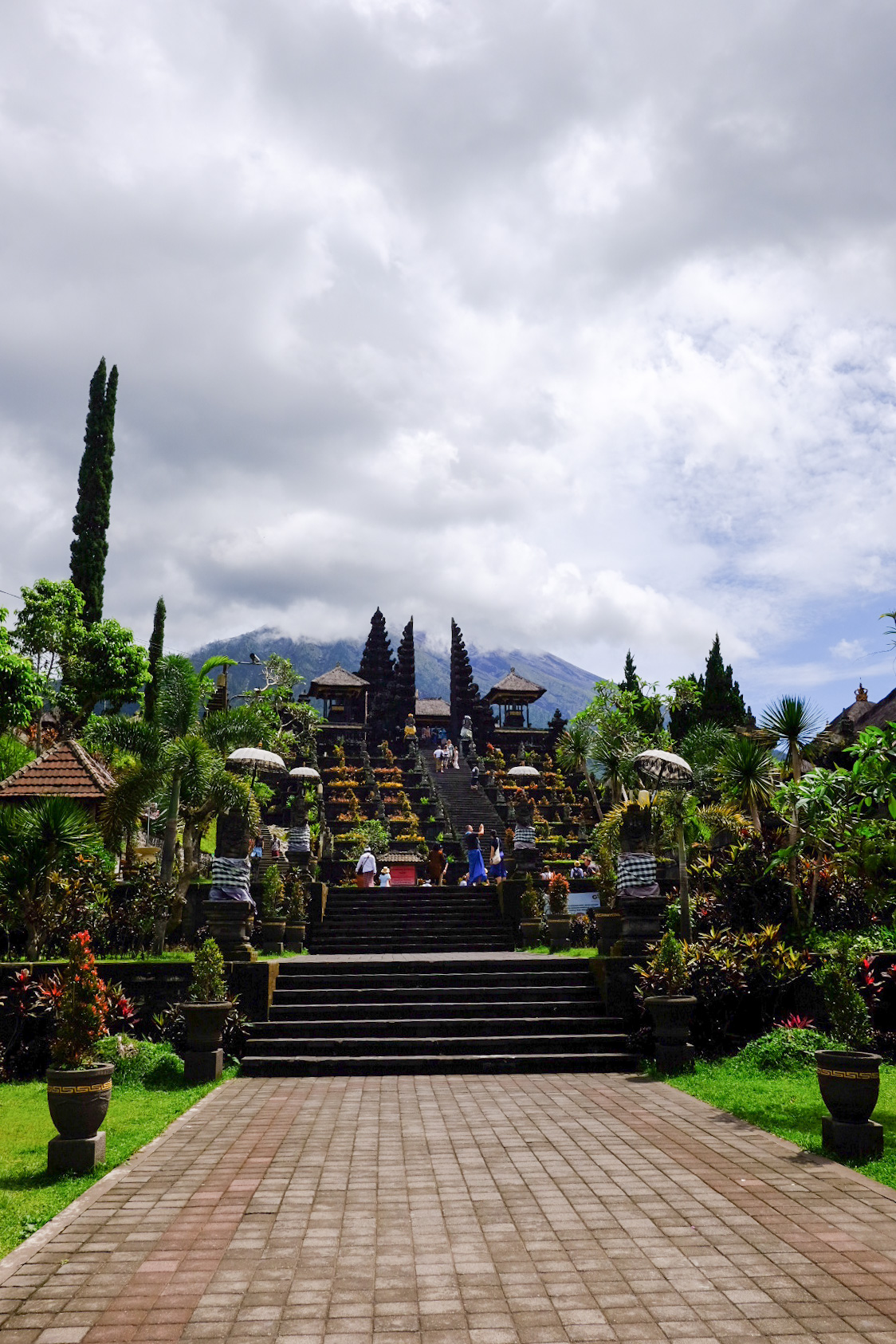 And so concluded another awesome daytrip on this beautiful island. Good thing we are all but leaving for another 2,5 weeks 🙂