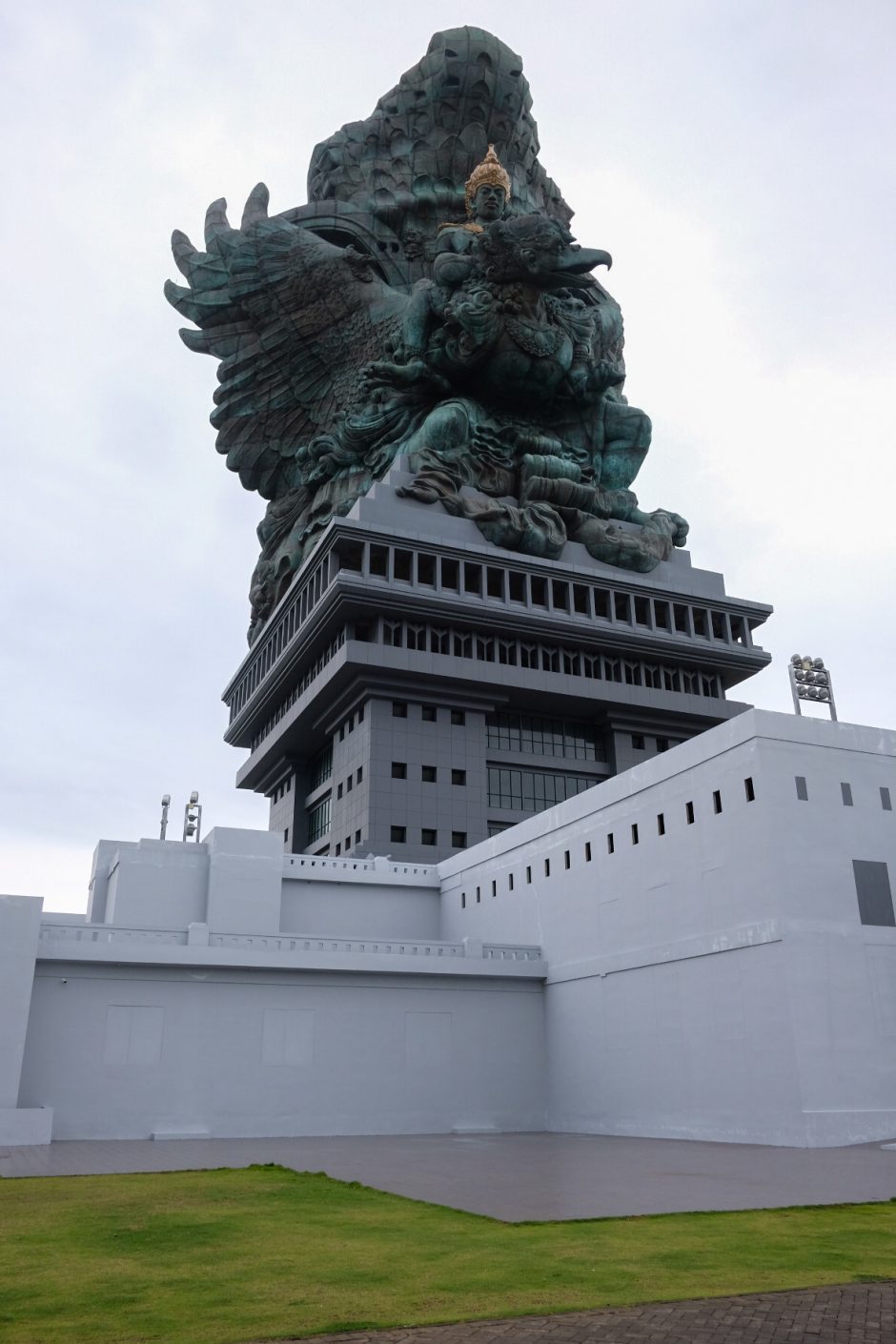 We had one more trip in mind during our stay here in Amed. After our arrival on Bali Airport, almost a month ago (!), we saw an enormous statue in the distance. We really wanted to visit that thing and see it from up close. This would be our final sightseeing trip in Bali.

We left early in the morning as it was a three hour drive to the first site. A little west of the capitol Denpasar lies a well known temple complex called Tanah Lot. This temple is famous for its location primarily. The temple sits on top of a rock formation and during high tides, it’s completely surrounded by water. When we arrived at Tanah Lot, Bali was letting us know it is still very much rain season. It was “hondenweer”, lots of rain and wind. Good thing was the temperature was very nice and the rain was warm. It certainly did not spoil the scenery. 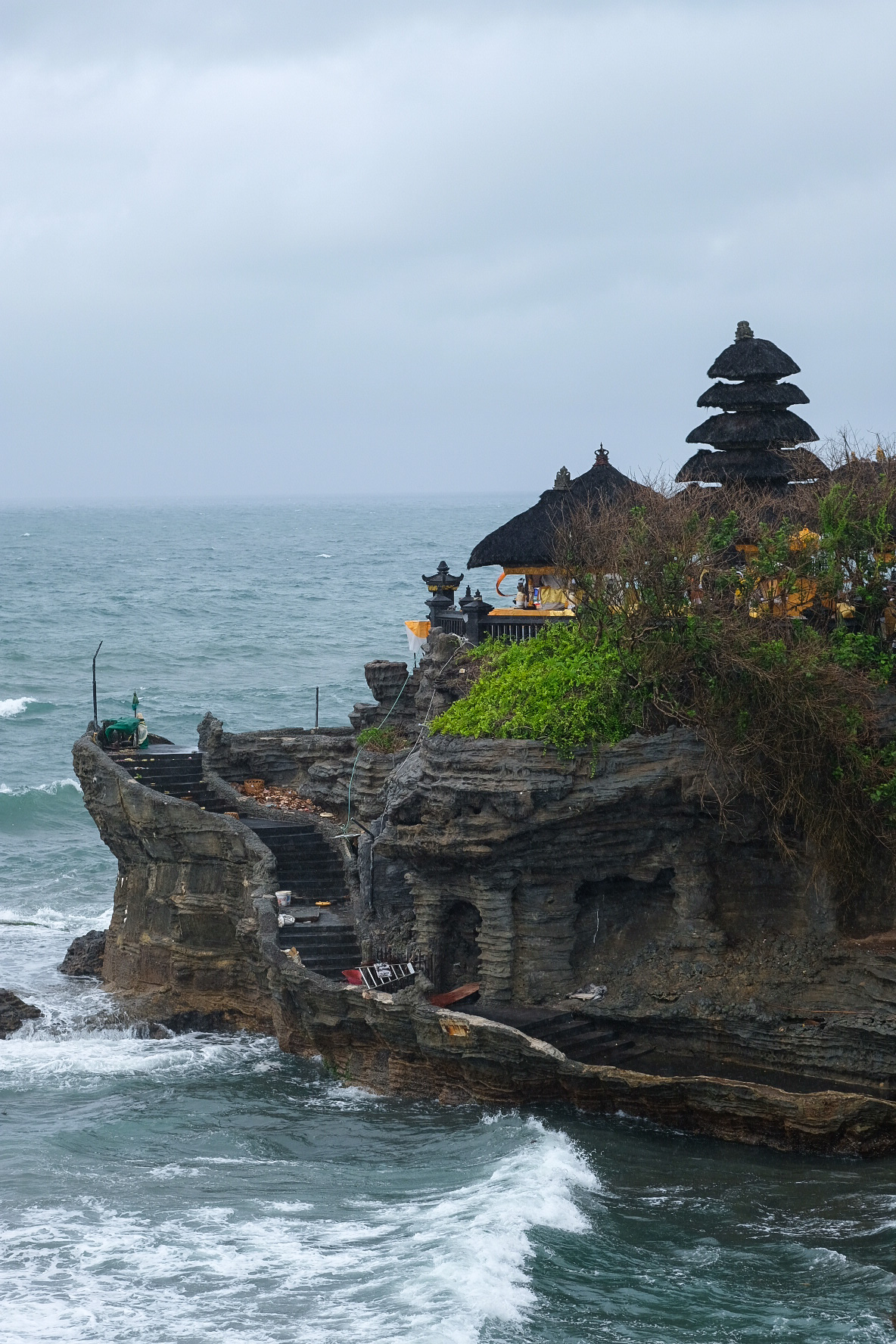 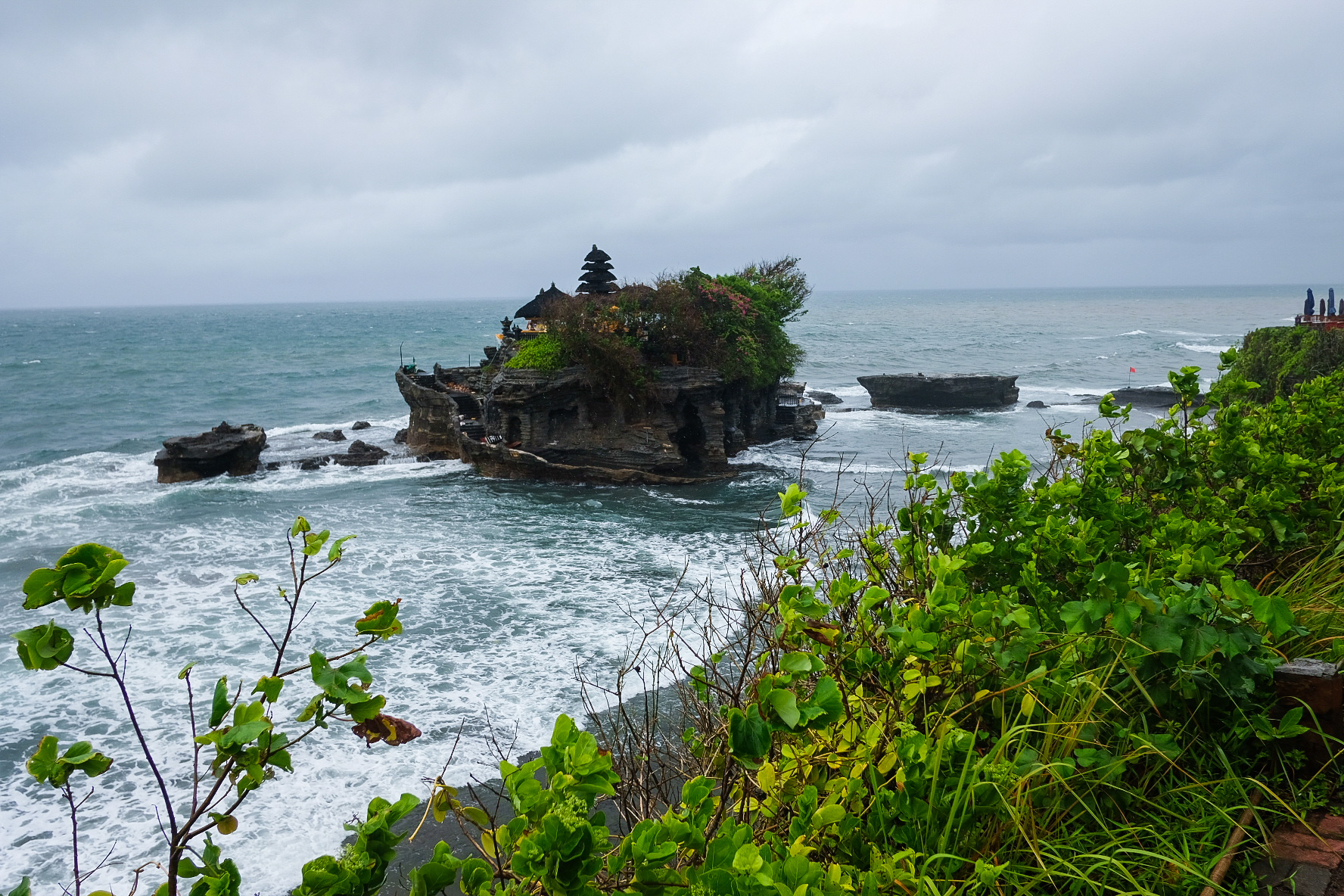 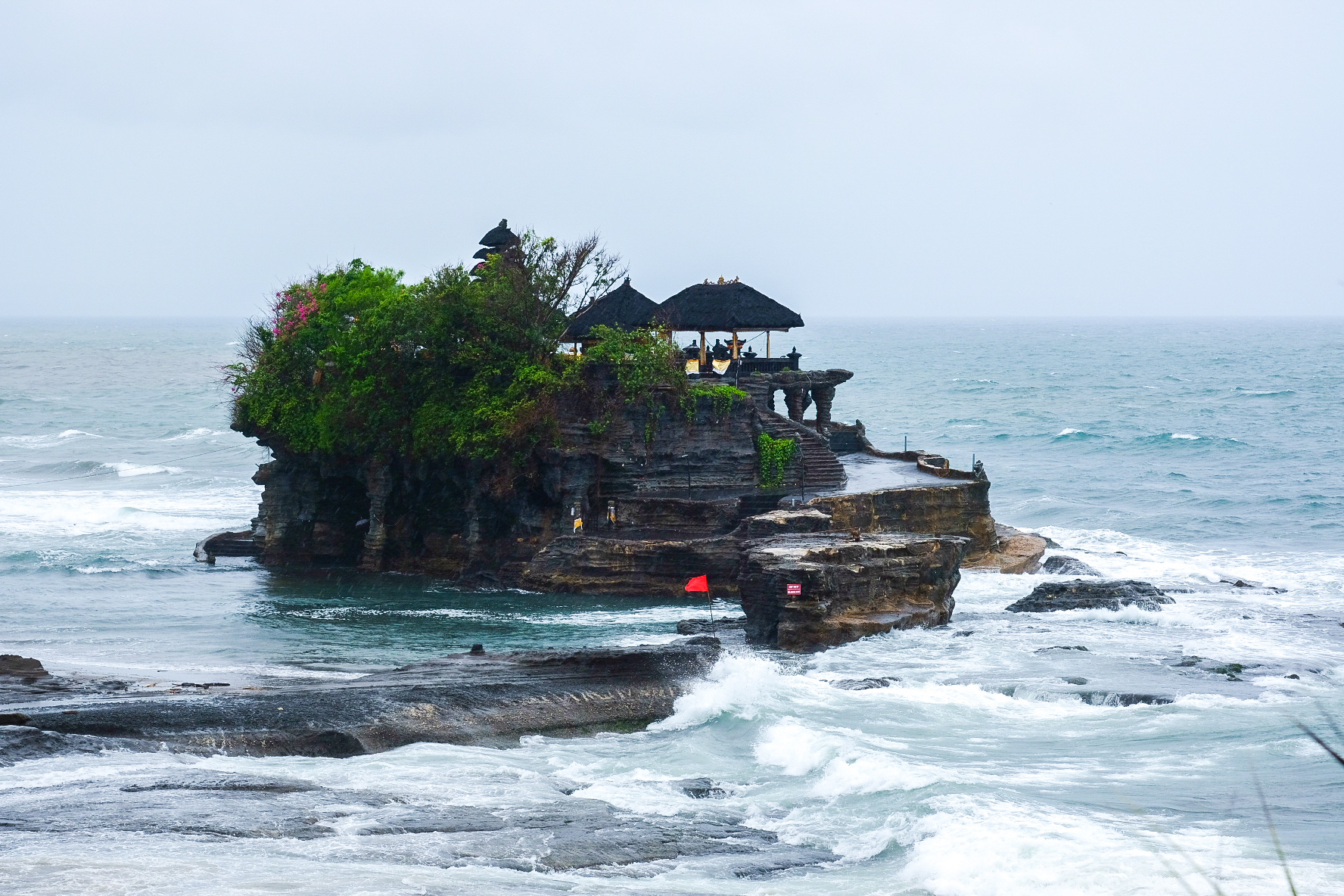 The next stop was a bit more to the south. We had to drive through the main tourist destination in Bali, Kuta, which reminded us we are happy we decided to stay in Amed instead. The next destination was called Uluwatu Temple. This is a temple built on top of a cliff which towers above the ocean. The temple itself was very small and not that special. The cliff itself was nice and all, but not worth the “ having to wait every step you take for someone to stop posing for an instagram picture”. After taking some pictures and abusing the fact we paid for this place by taking a dump in their toilet, we left quite quickly. 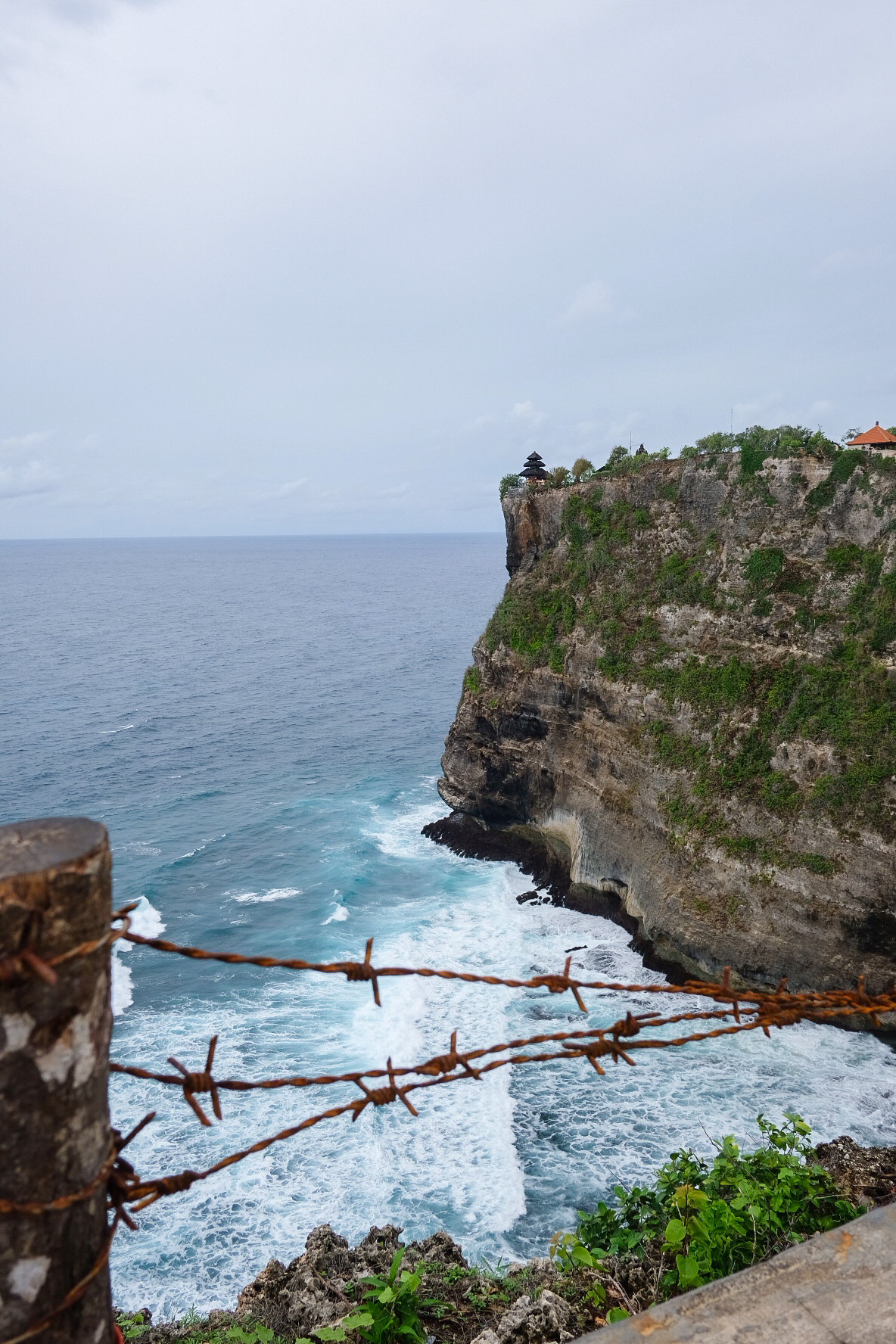 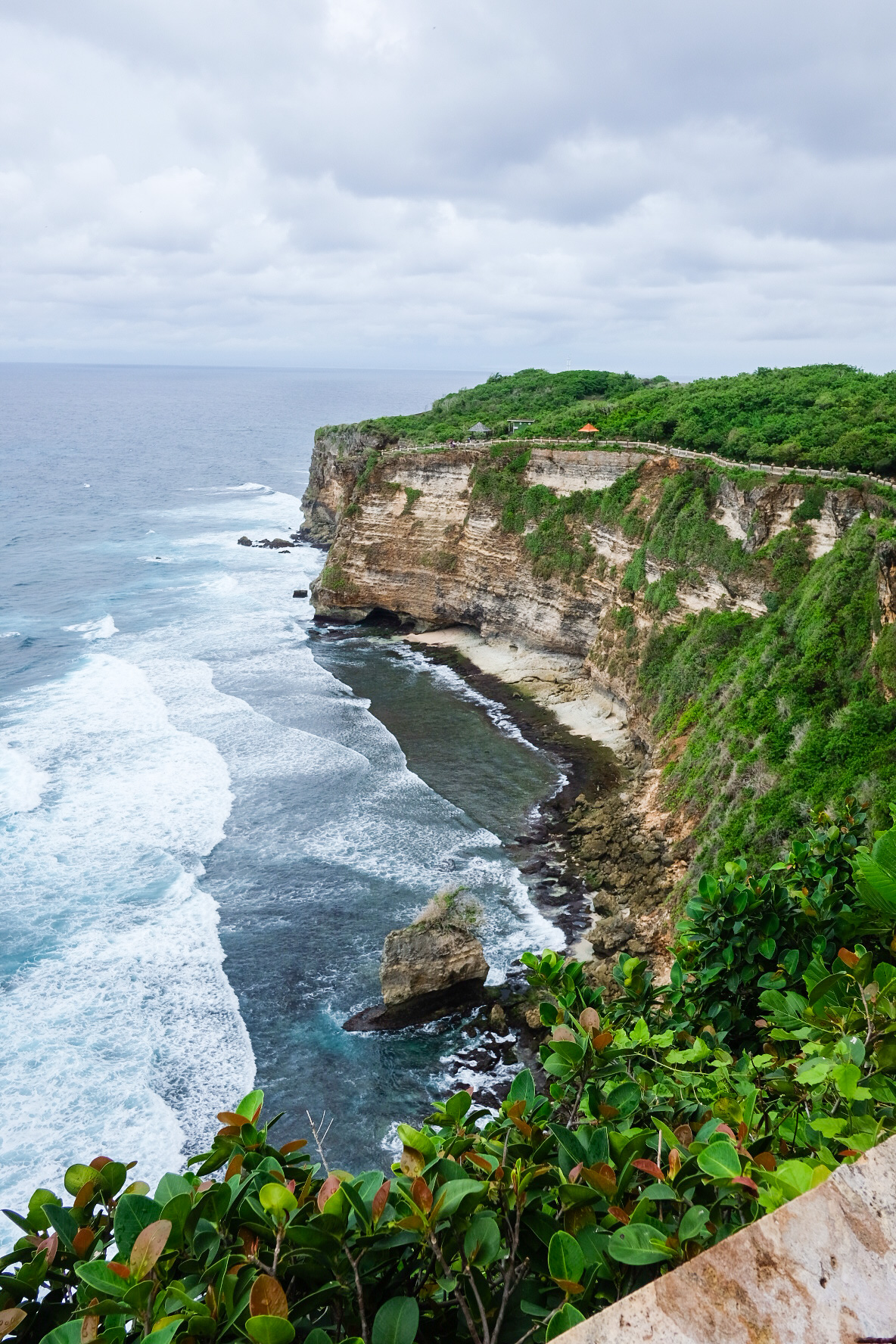 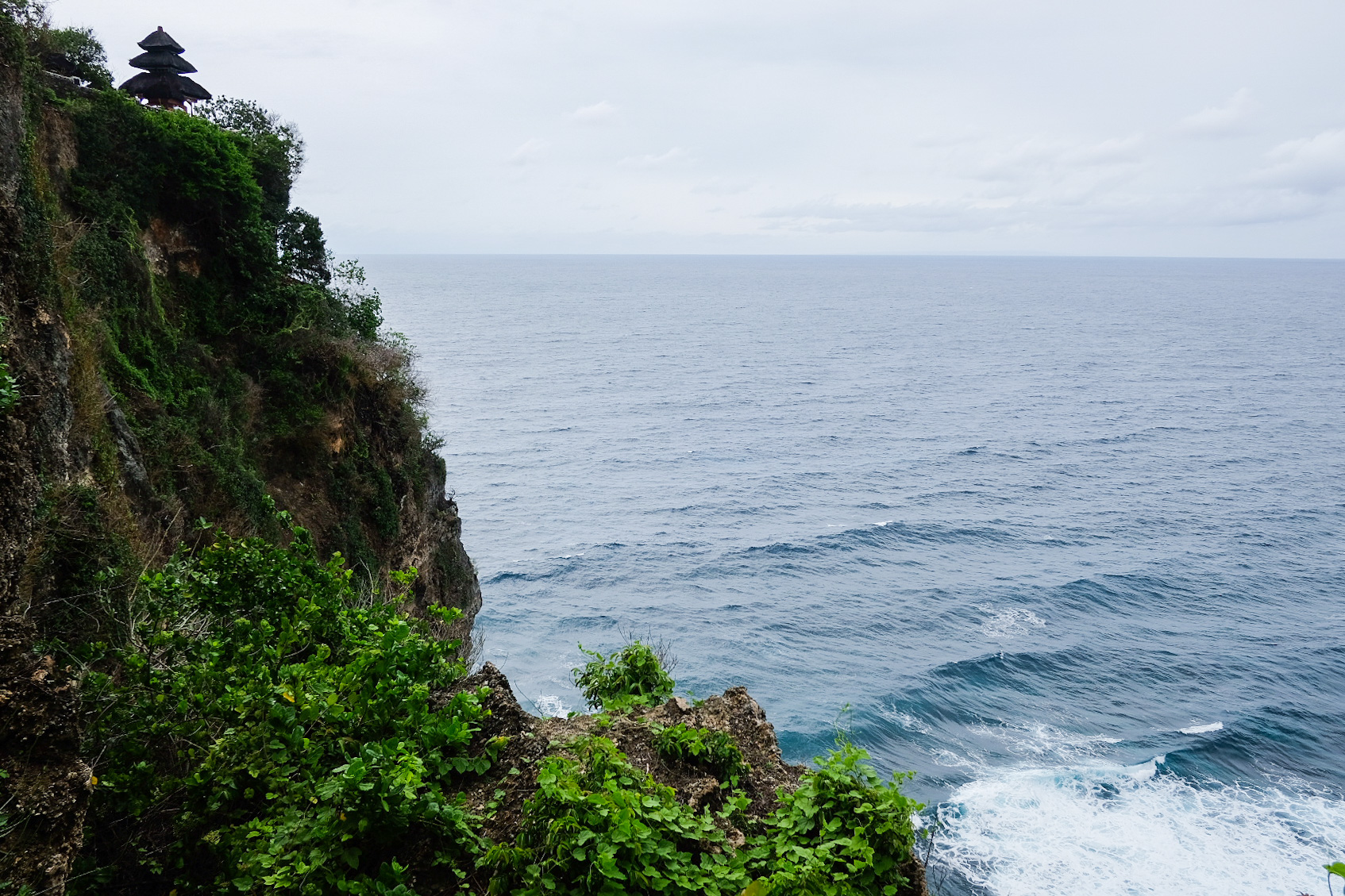 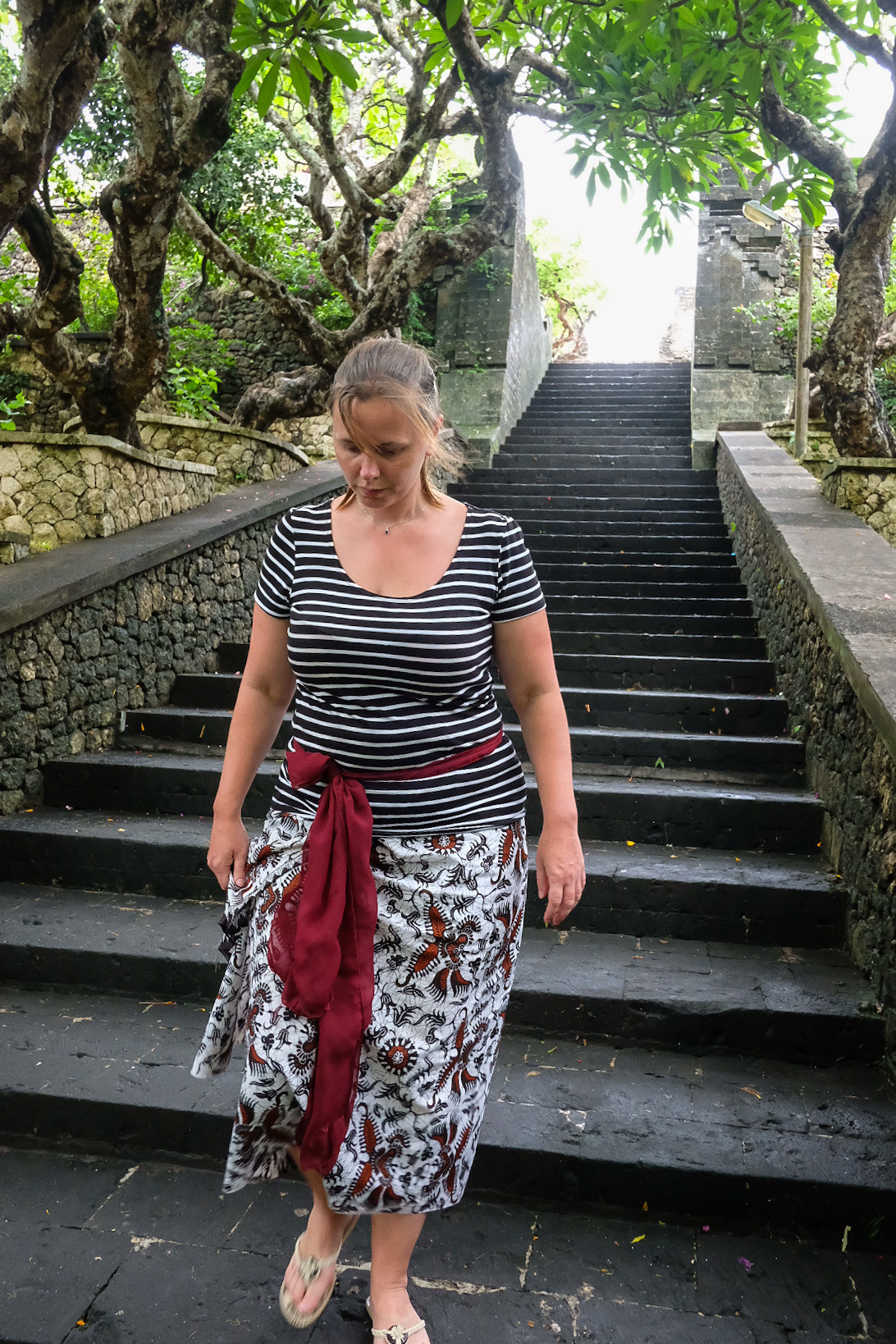 Finally, the last stop of the day was the big statue we saw from the airport. It is called GWK, which stands for RIDICULOUSLY BIG STATUE OF GARUDA AND WISNU. And ridiculously big it was.. Apparently the statue resides in a cultural park which functions as an ode to Bali’s cultural heritage. The main attractions are three statues. One from the God Vishnu (Wisnu), the principle deity of Hinduism, one from the Garuda, which stands for freedom and is the national symbol of Indonesia, and the main statue of both of them together.

We walked around this park for a while and marveled at the crazy size of it them all. It’s hard to represent their size in a picture but you get the jest of it. 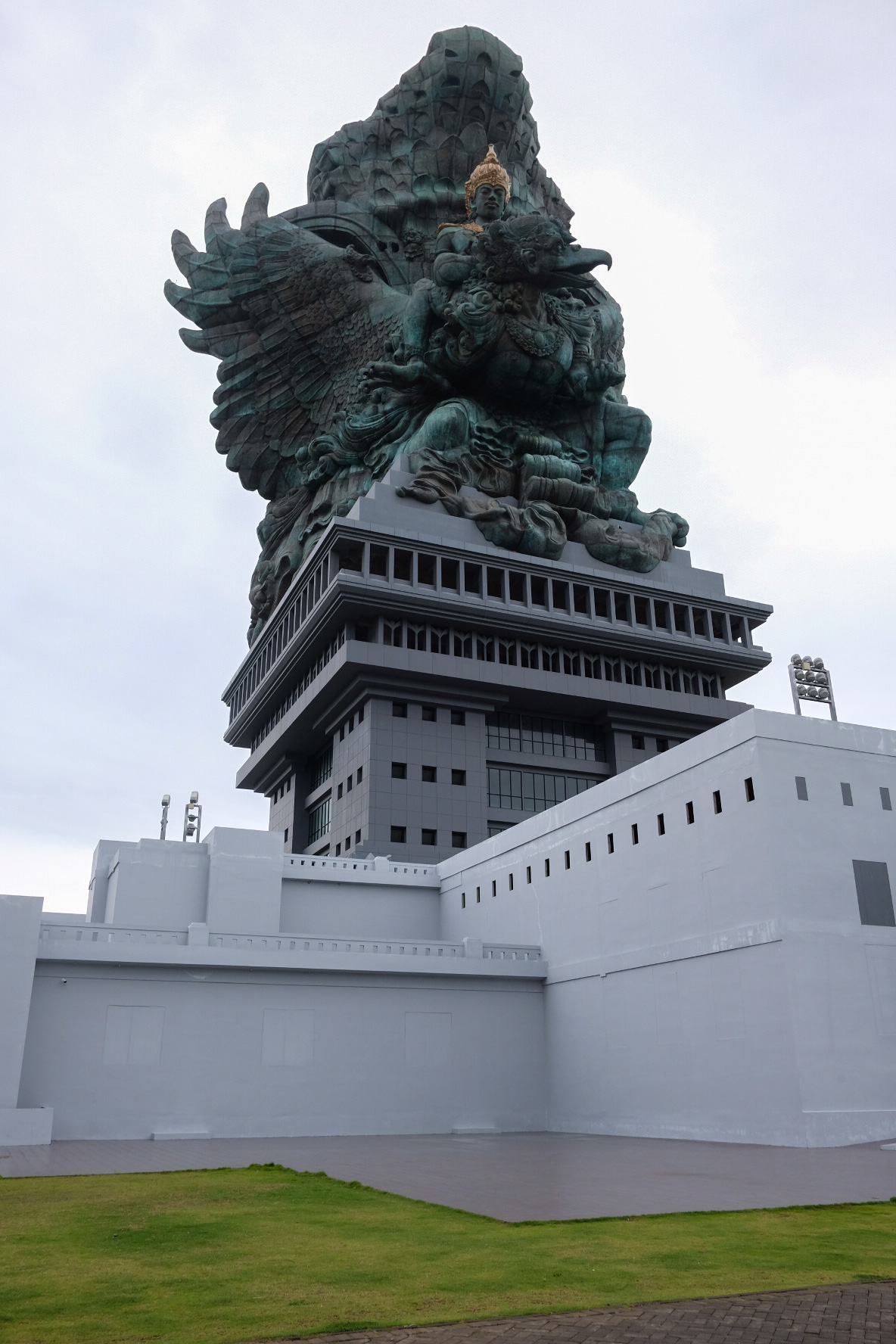 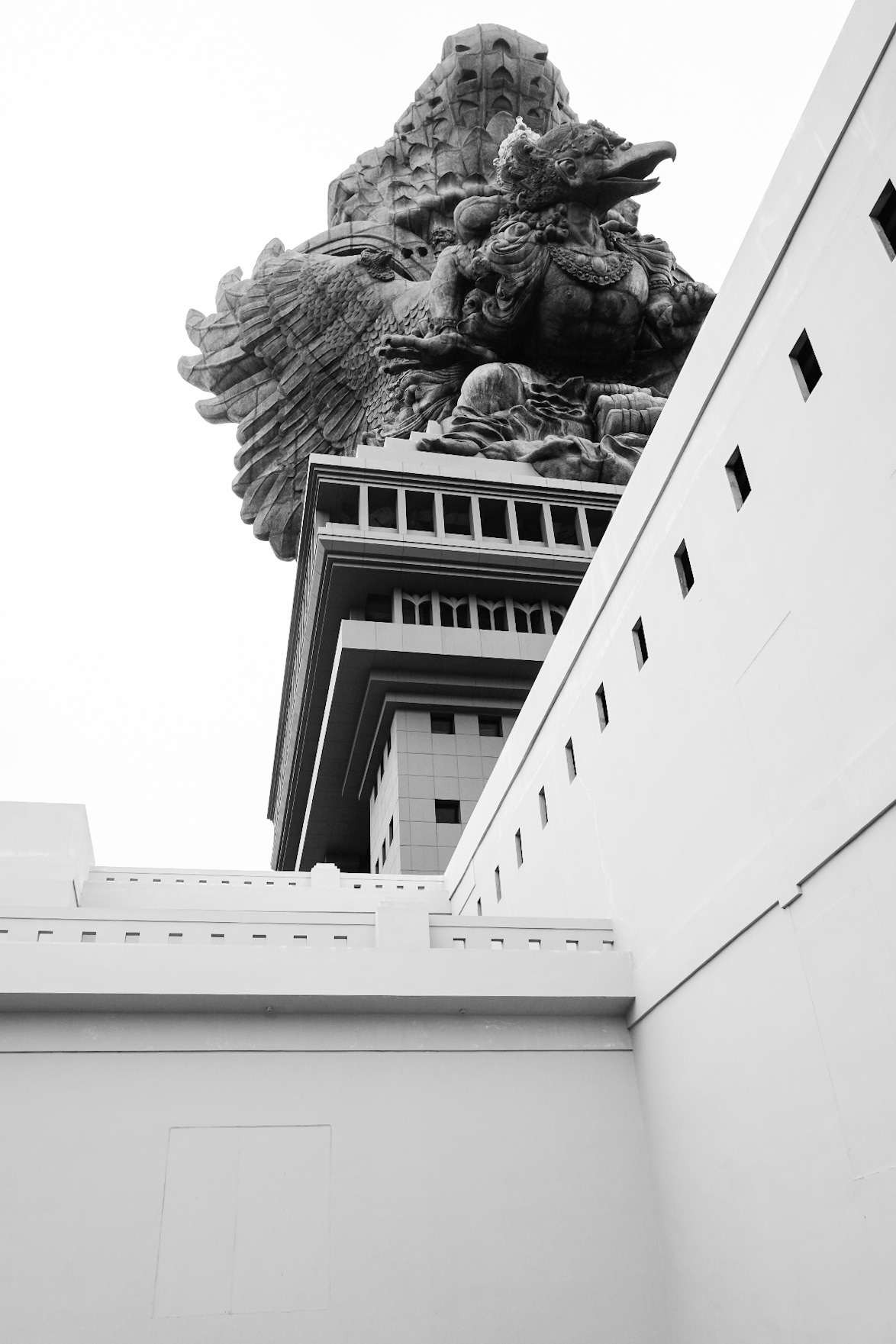 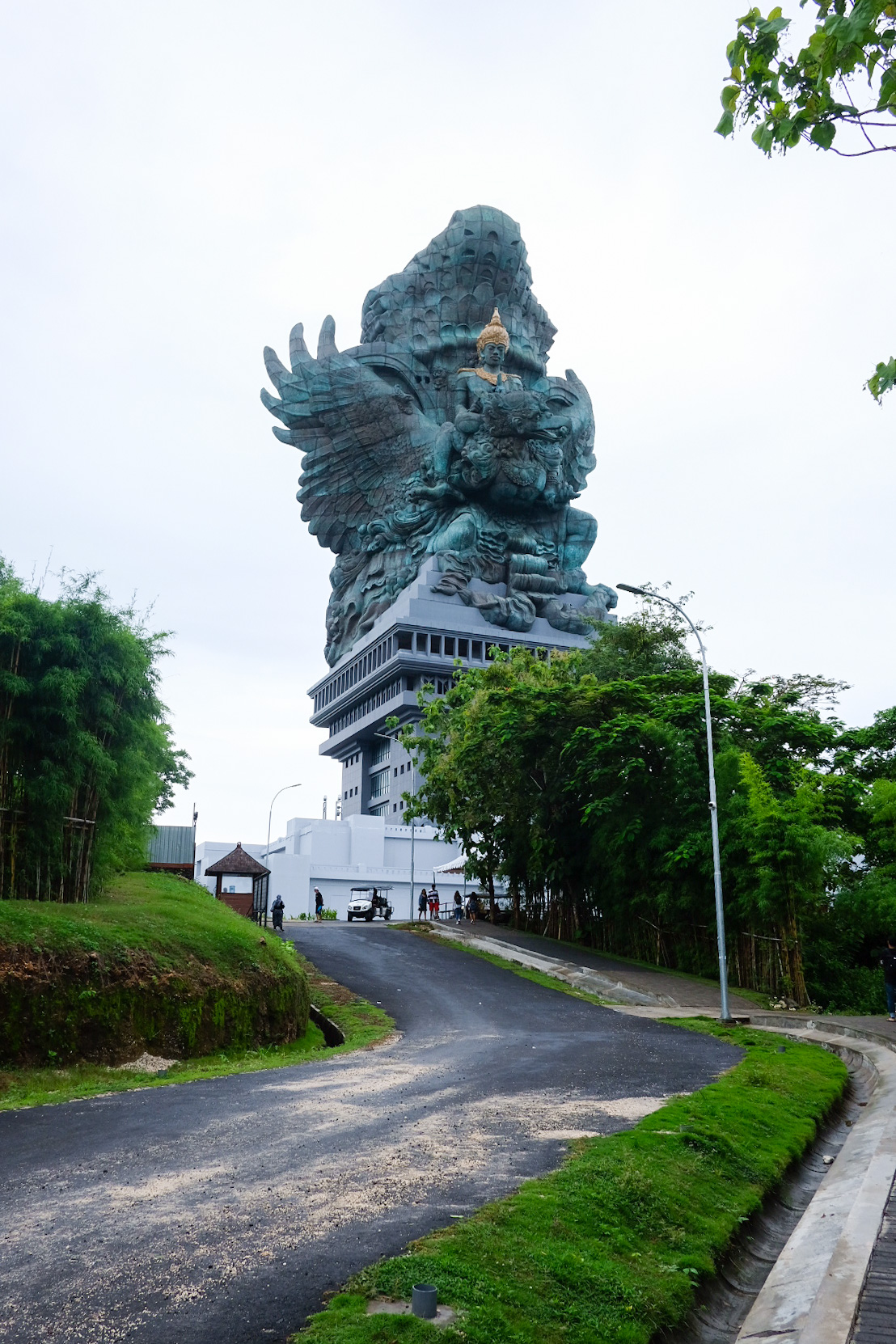 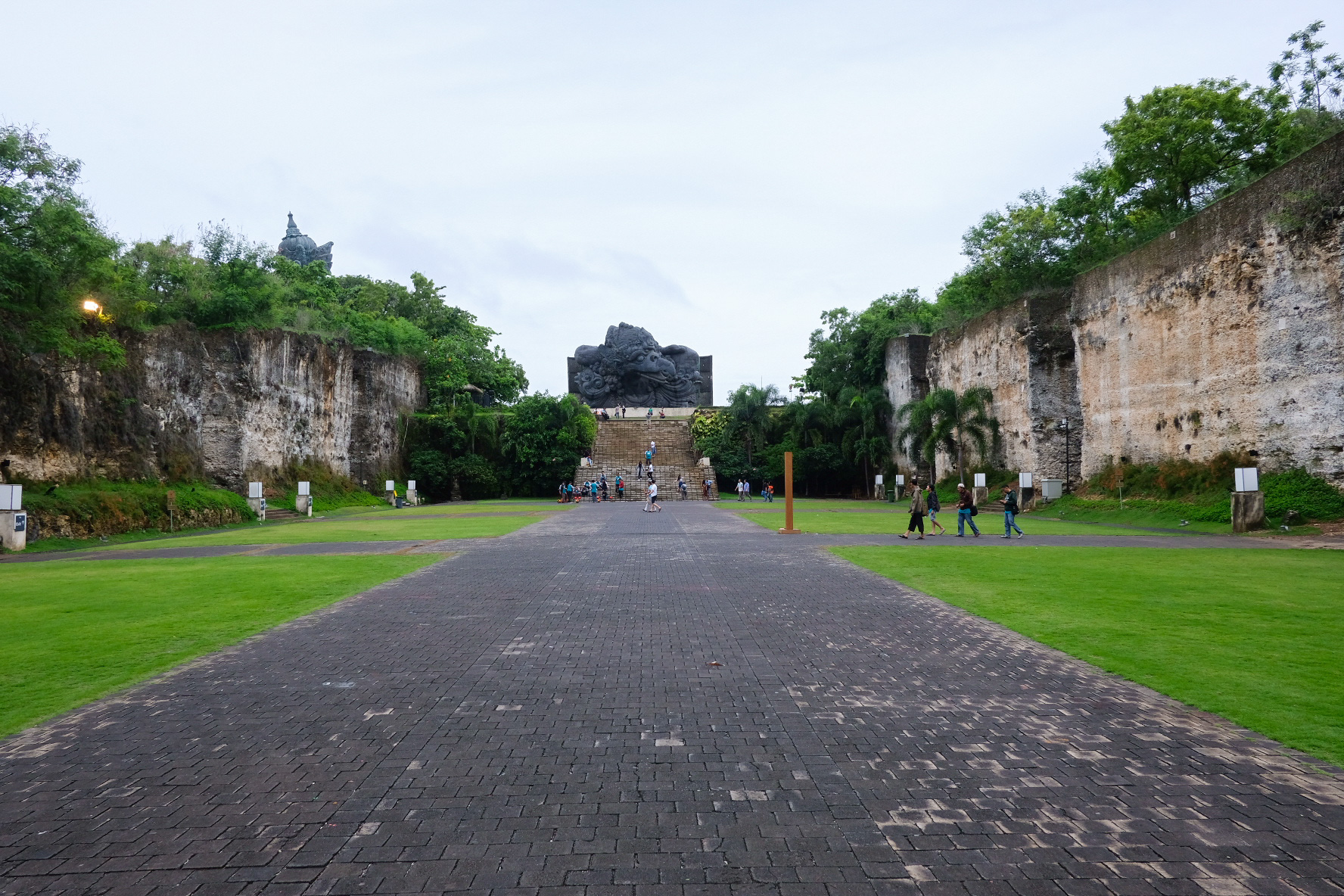 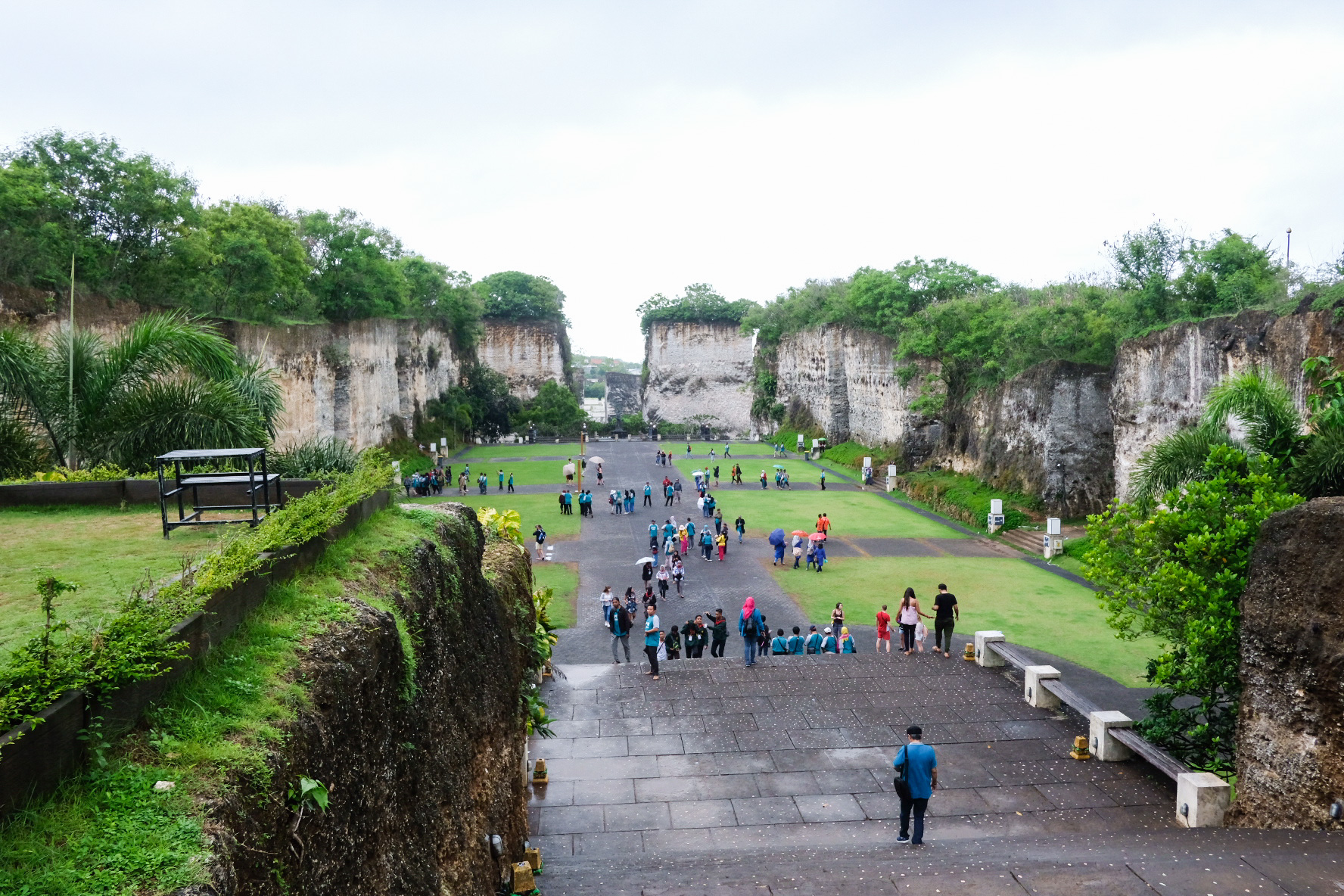 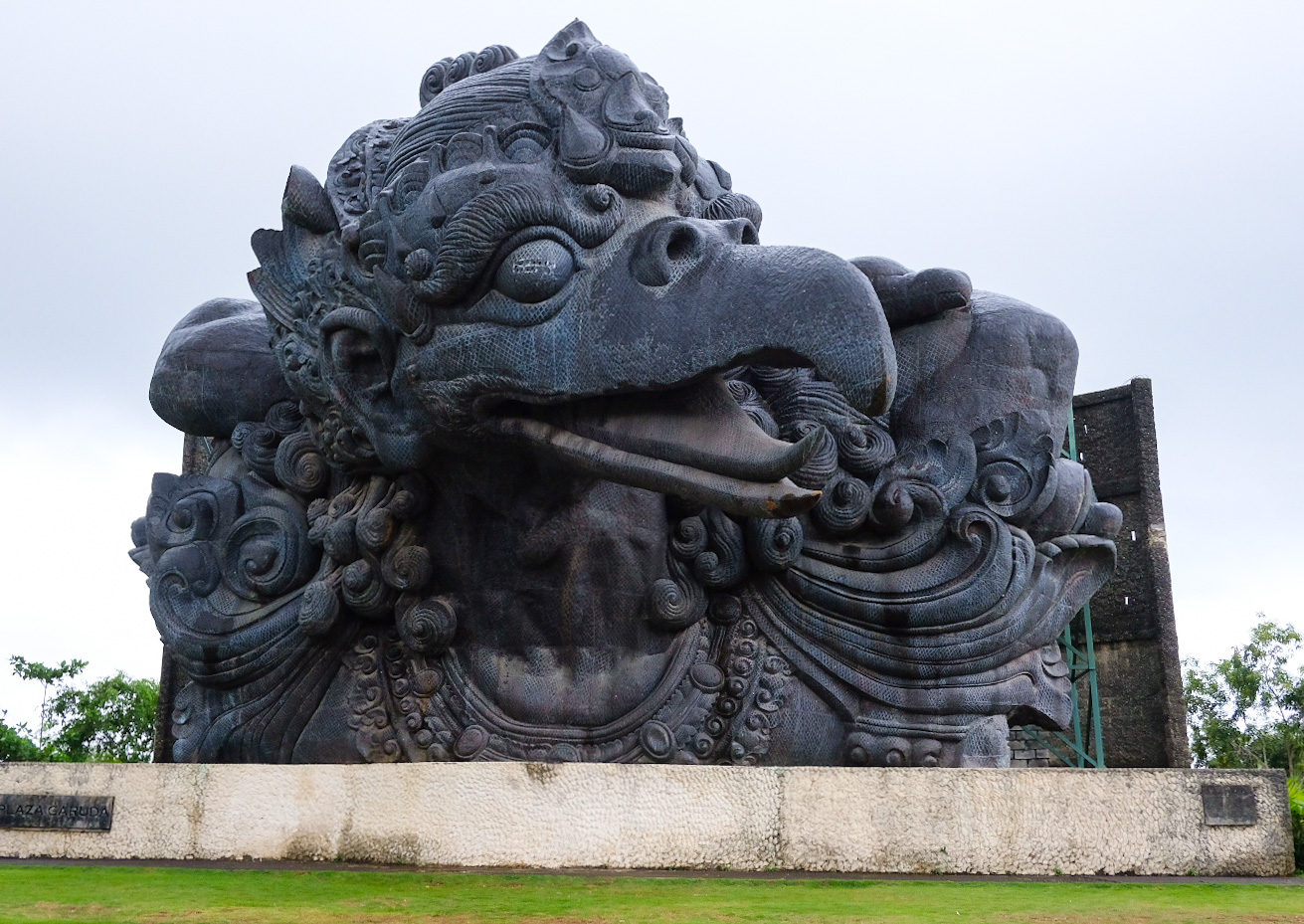 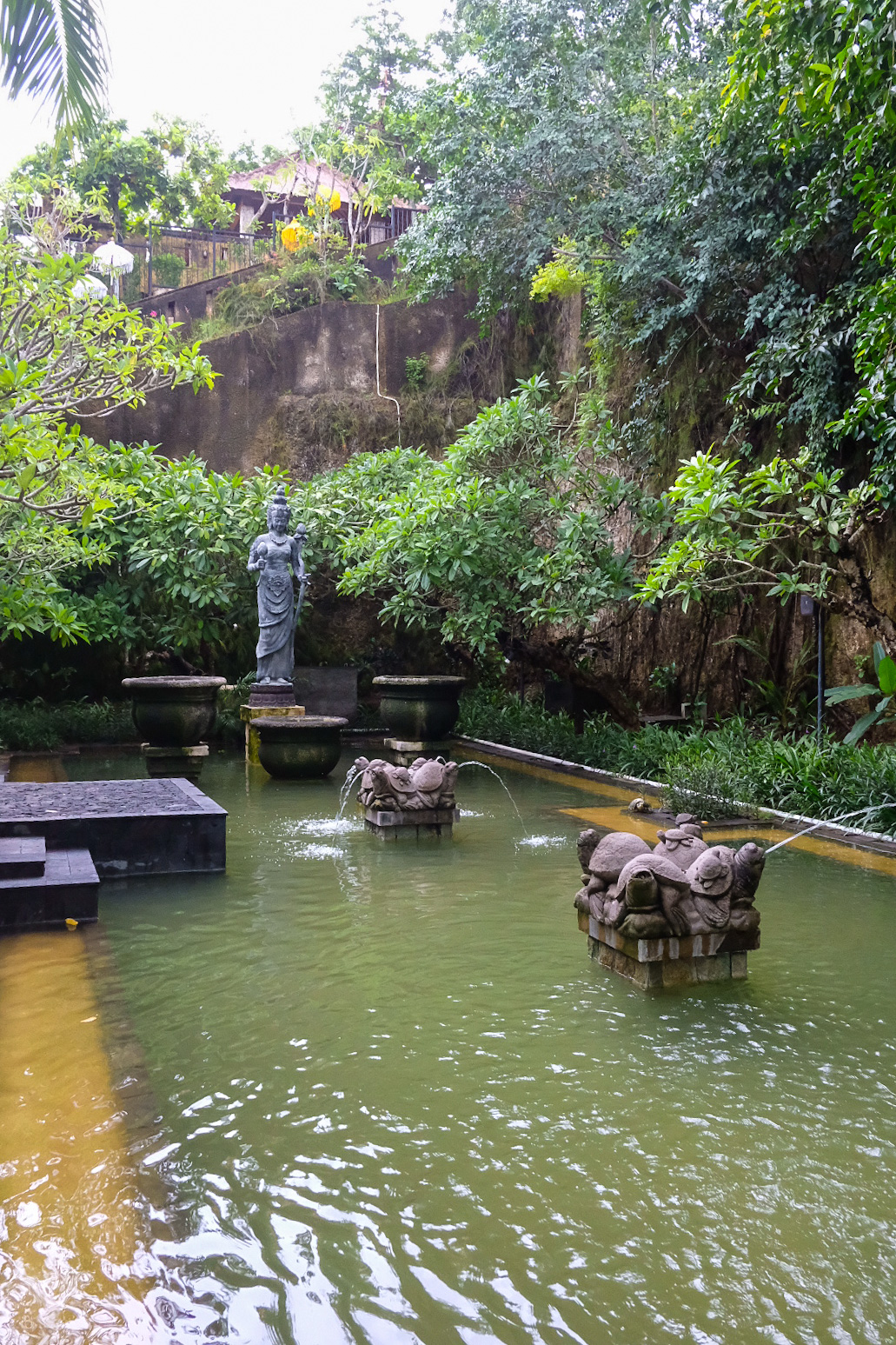 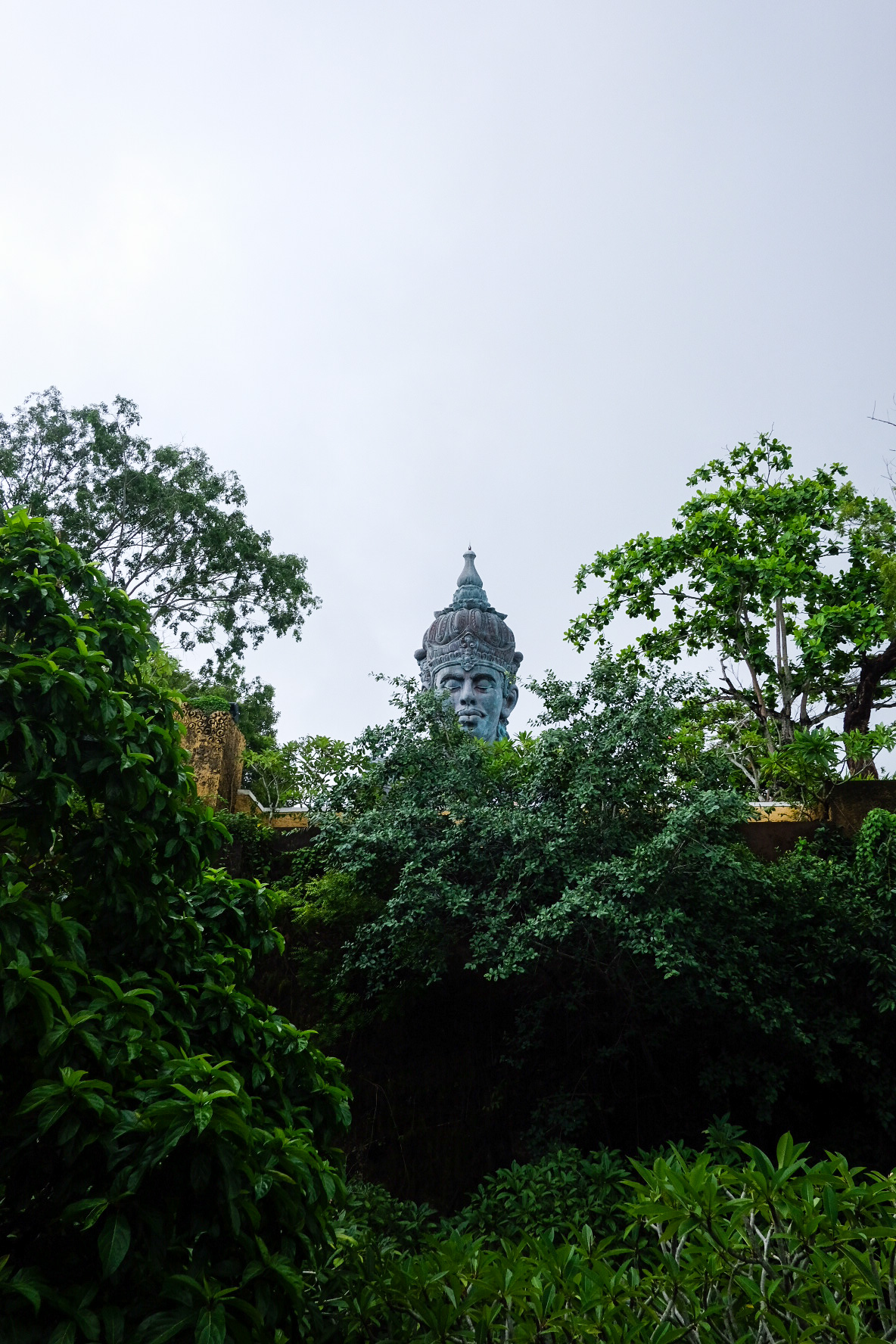 And so concluded another fun day here in Bali. We feel we have pretty much seen all the things we came to see. Just a few more days and we will be leaving Amed and head to the north where we will be staying in Lovina. There we have a bungalow close to the beach. From here we will plan our crossing to the island of Java.

But for now we enjoy the last 3 days here with some home cooked meals by the owner of the bungalow (we will post something about that soon) and some snorkeling.