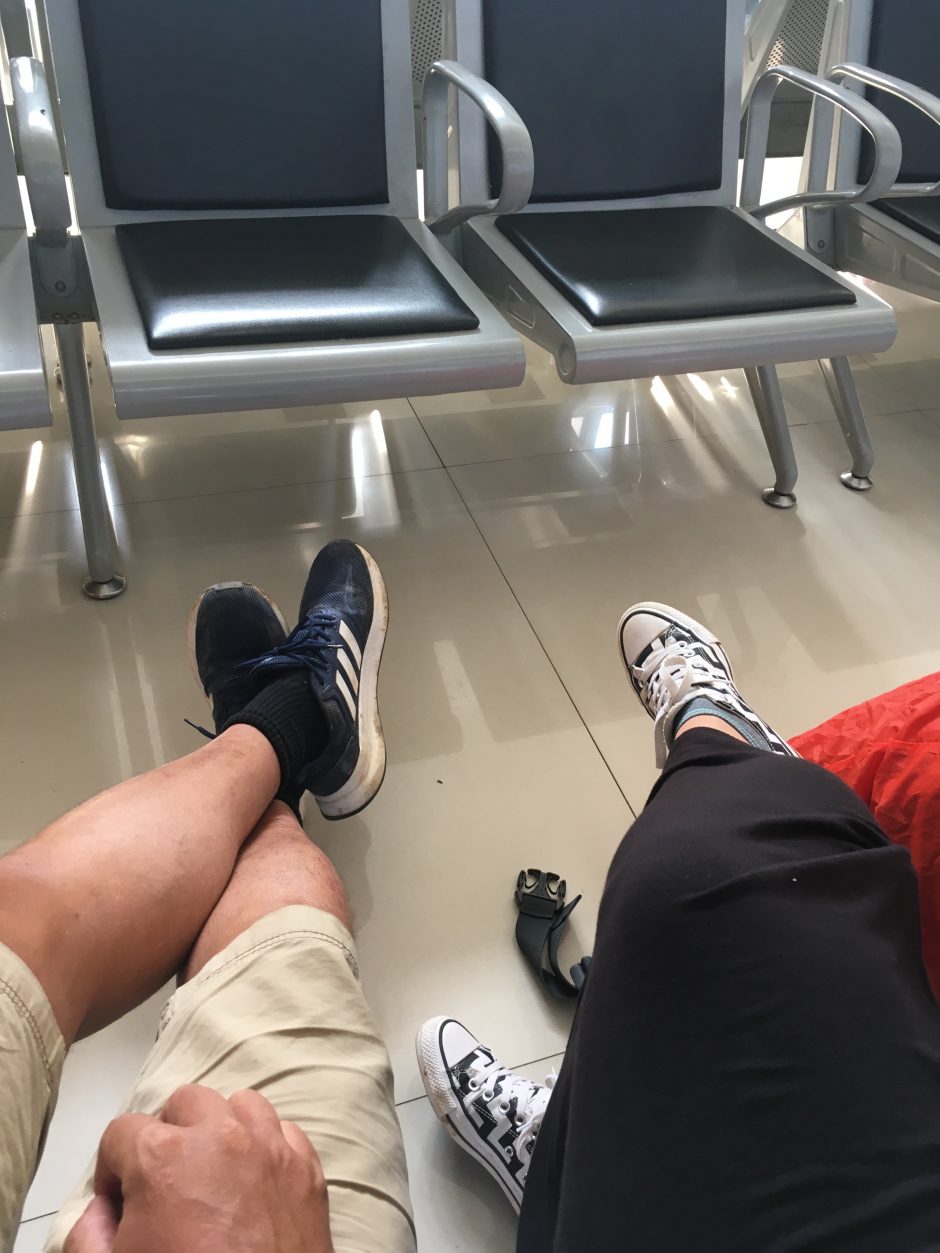 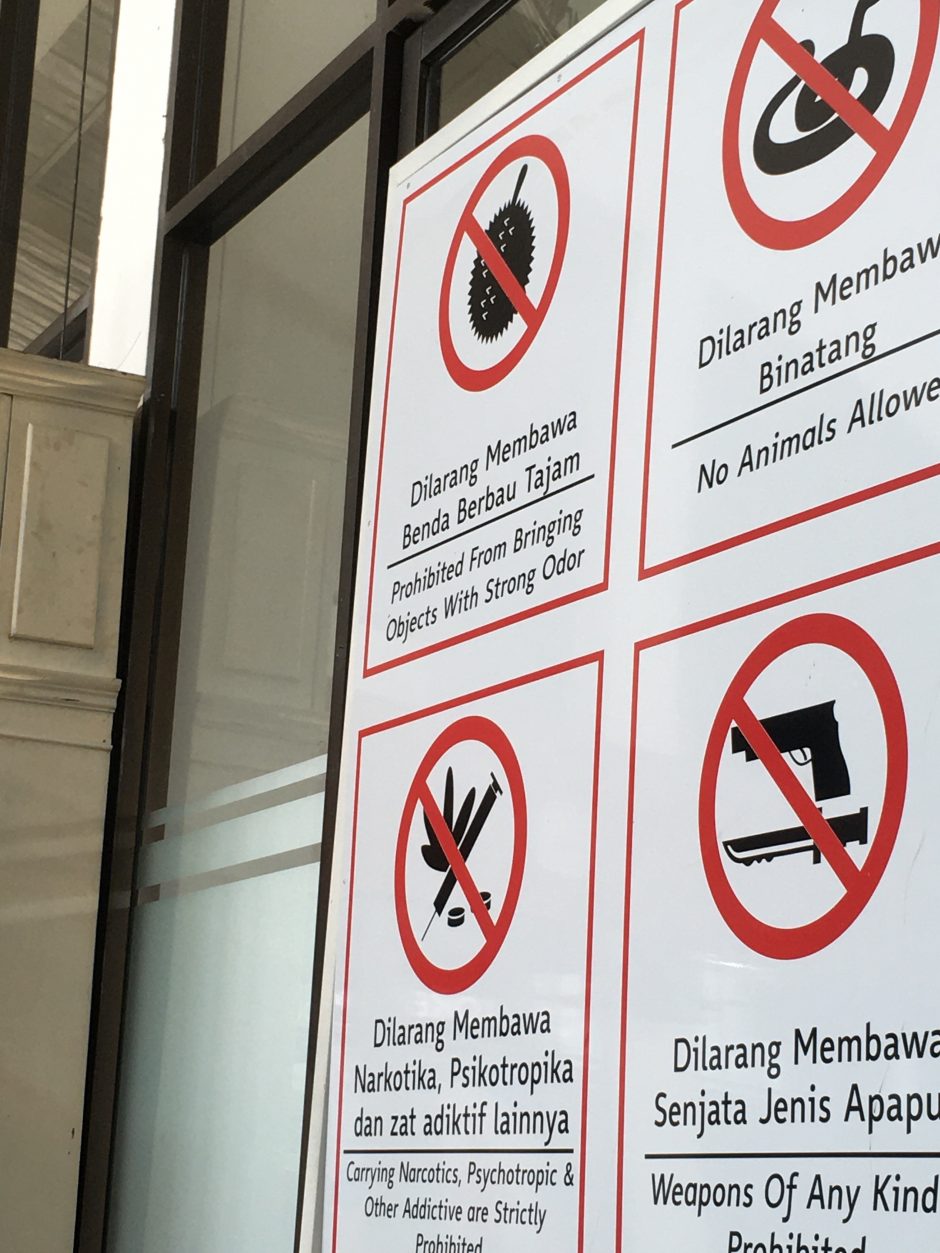 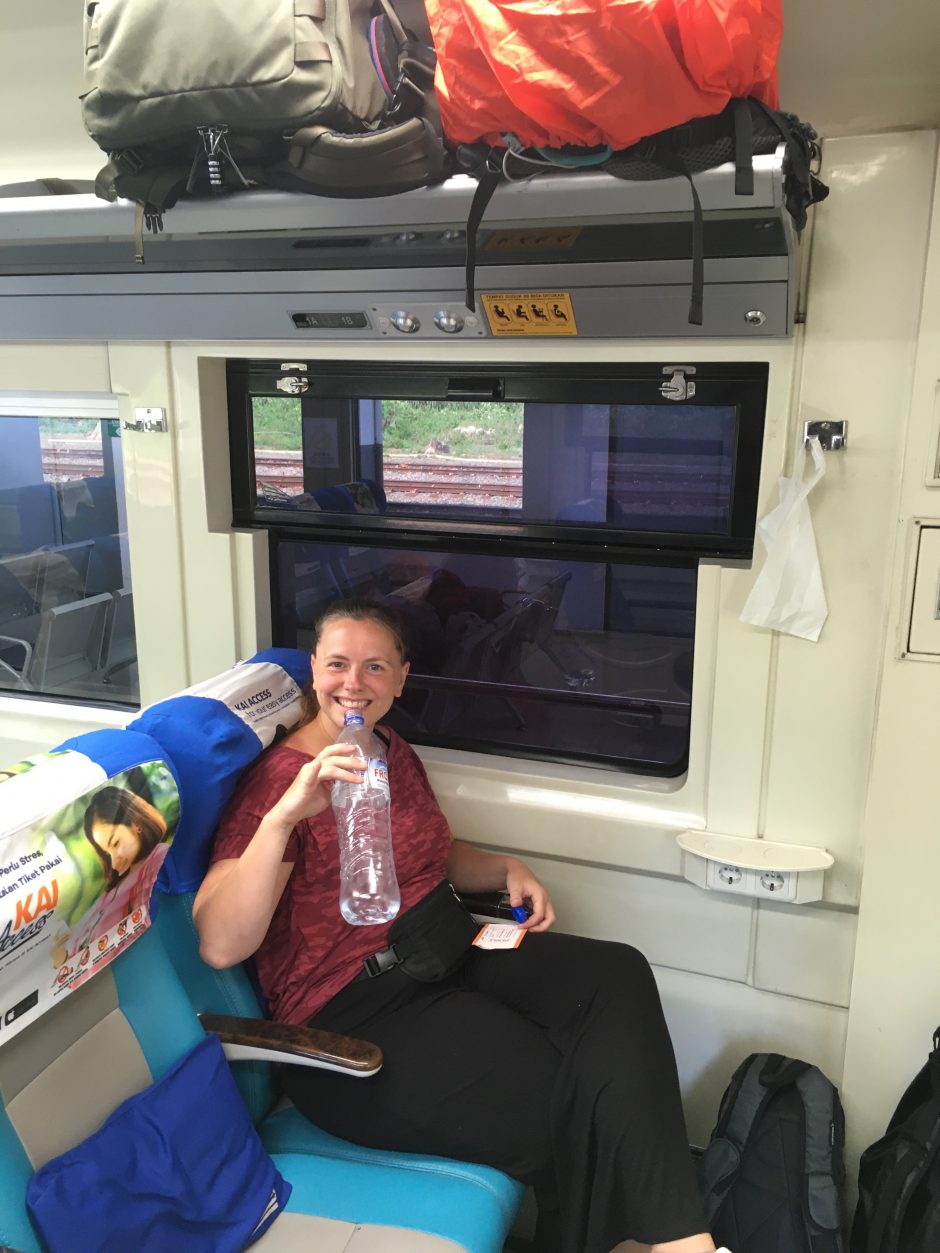 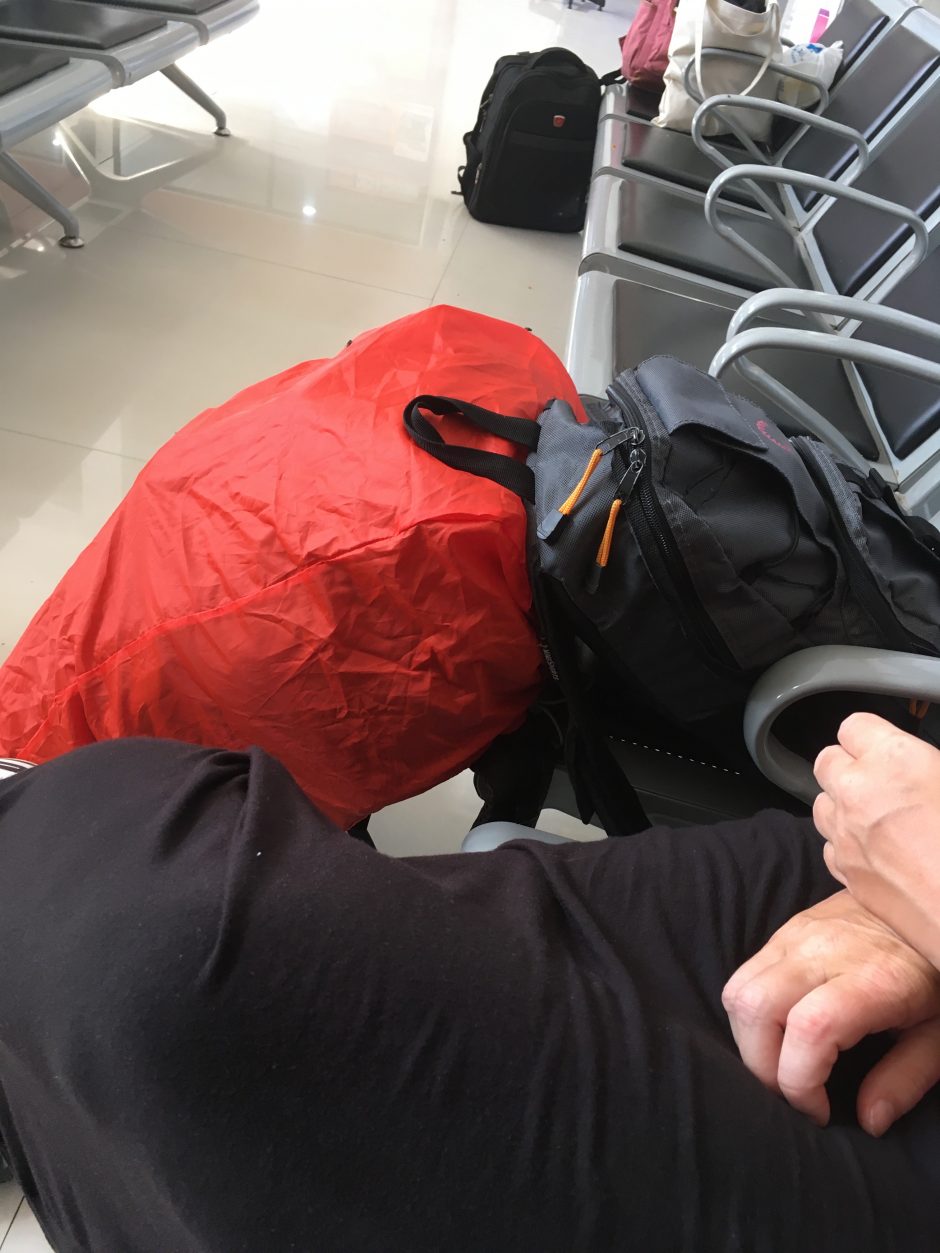 After recovering from the trip to Mount Ijen, the next day we took the train from Banyuwangi to Surabaya. Train travel is actually pretty well organized here. You can book a seat online, once you are at the departure station you can scan a QR code at a check-in machine and print your boarding pass. The only thing left to do is show the pass and your passport at the entrance and off you go. We booked some first class seats as this train ride would take close to 7 hours. The price was not bad, roughly about 12-13 euros per person. While we were waiting at the station, we were swarmed by a class of children going on a field trip. Their teacher also immediately started talking to us and it turned out she used to live in The Hague too. They demanded to take a selfie with us which was very funny to us. We gave the teacher this website so hopefully she will read this. Let us know in the comments ! 🙂

After saying goodbye we boarded the train. The ride itself was very relaxed and we reached Surabaya on time. Here we only booked a hotel for one night as the next day we had another 5 hour train ride ahead of us.

Surabaya was exactly what we expected, busy and not much to see (not that we looked around and searched for anything to do). Our hotel was nice and we went to sleep early. The next morning we were back at the train station at 6 in the morning, ready for another long train ride. This would take us to Yogyakarta where we will be staying for a week. The ride was once again smooth and relaxed and we enjoyed the view outside. By the way Ellen will kill for another lumper like we had on the train.

Before we arrived at the station we luckily did some homework about the taxi fares in Yogyakarta. As soon as we walked outside the station, we got swarmed by taxi drivers. We ignored the first couple but they were quite persistent and finally Tim gave in and asked the price. For 70000 Rupia he would take us to the hotel. But as said, we did some homework and knew that this was over 3 times the normal fare. We dodged a nice rip off there and took a taxi with a meter. Too bad for us we arrived during a very busy time of day so we still paid almost double the normal price….

When we arrived at our (very nice) hotel, we dropped of our stuff and walked around for a bit and had some food. We feld like the city has a great vibe to it. Dare we say, a bit hipster-like? We’re glad we planned to stay here for a bit longer as there is plenty to see and do around here. Although the weather does not seem to be too comforting. It’s very warm in the morning and we have had some big rainshowers and thunderstorms in the afternoon and night.

Closing off, as we write this blog we are accompanied by a huge flock of birds, right in front of our balcony. They seem to be gathering to face an upcoming thunderstorm. A storm we will have to enter too as its close to dinner time! See you again soon, love Tim & Ellen