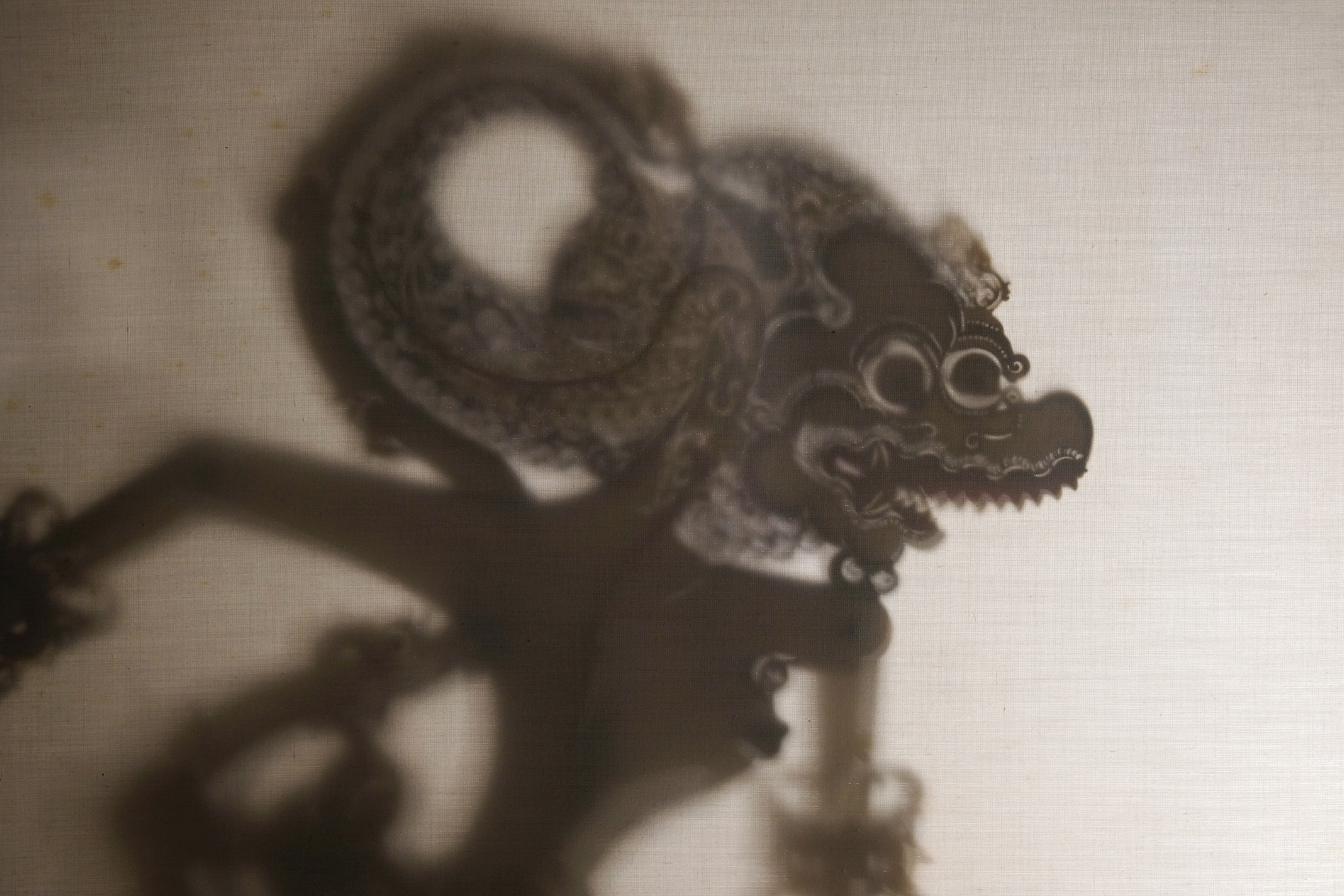 We’ve been enjoying the sights of Yogyakarta the last two days. This city is bustling with people, food stalls, warungs, markets and traffic. In the city itself there is so much to see we feel like we only just scratched the surface. So far we have been walking and driving around the city just to get a sense of it all. We also had to buy some lost and broken gear/clothes, which this place is perfect for.

We also visited the Javanese cultural museum. This place shares its collection with a Dutch museum of which we totally forgot its name… But it’s all connected to Java institute. It featured a nice selection of old artifacts and explanations of common arts in Java, like the creation of wayang dolls and batik clothing. Strangely it also featured a Balinese Hindu temple. 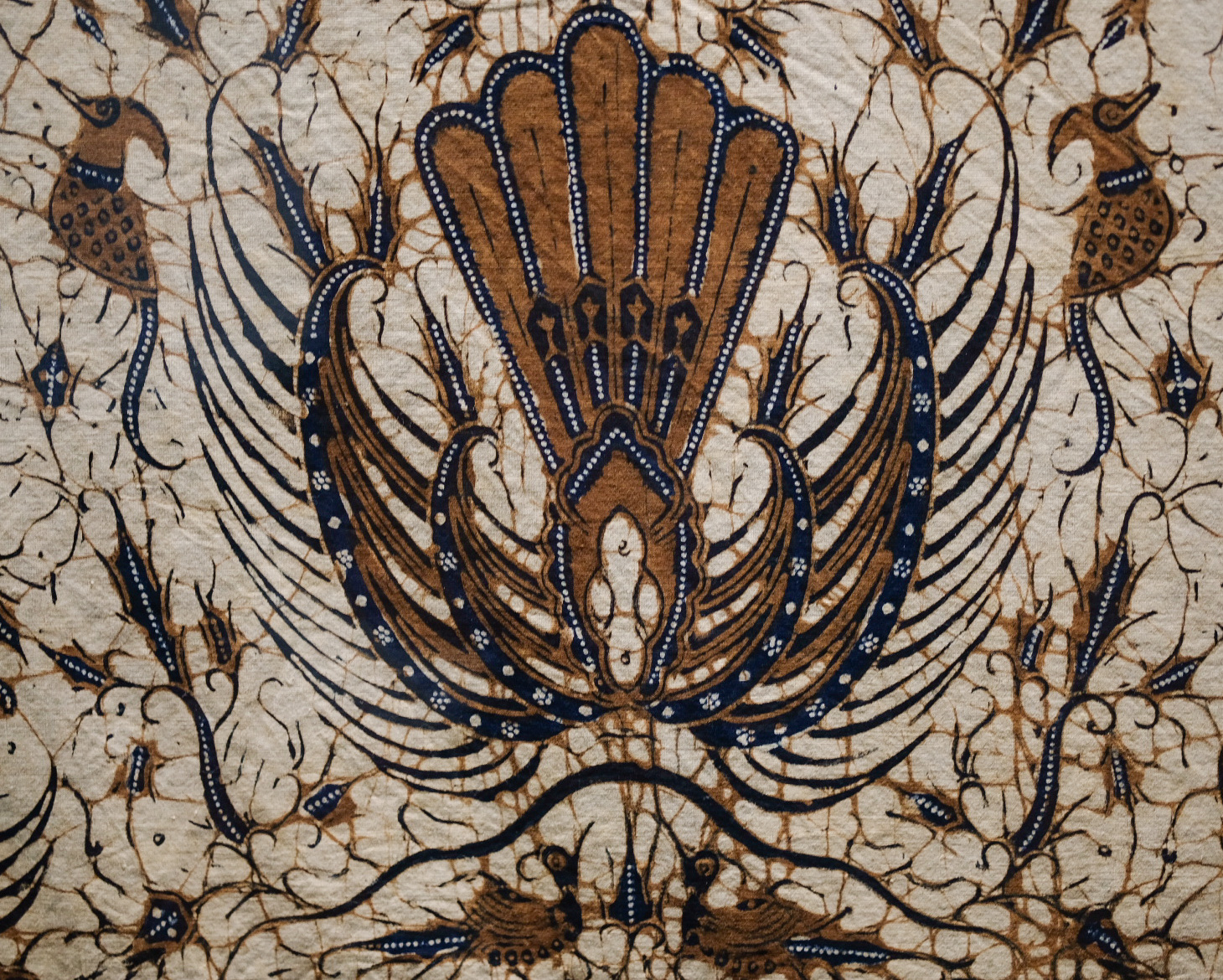 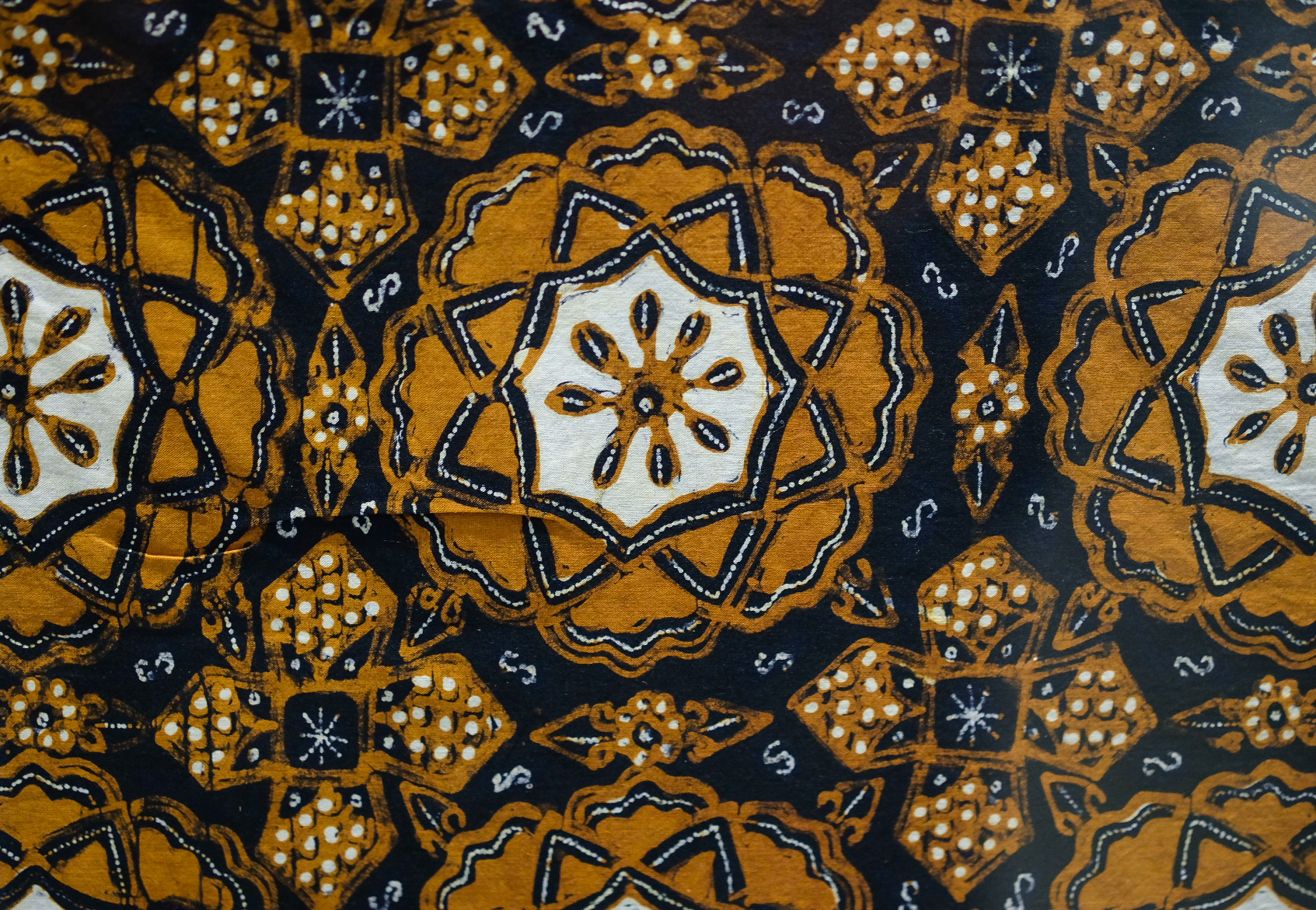 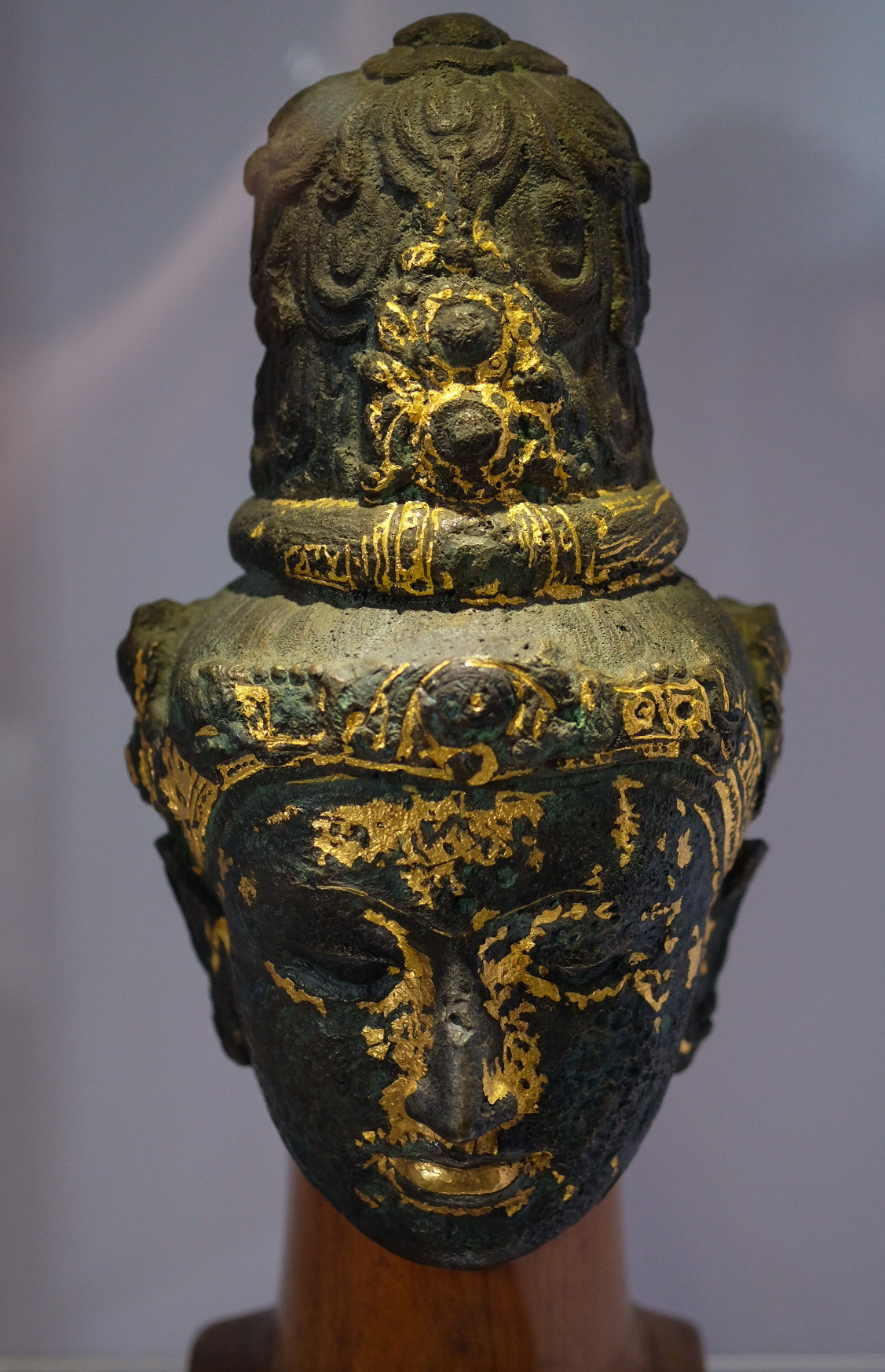 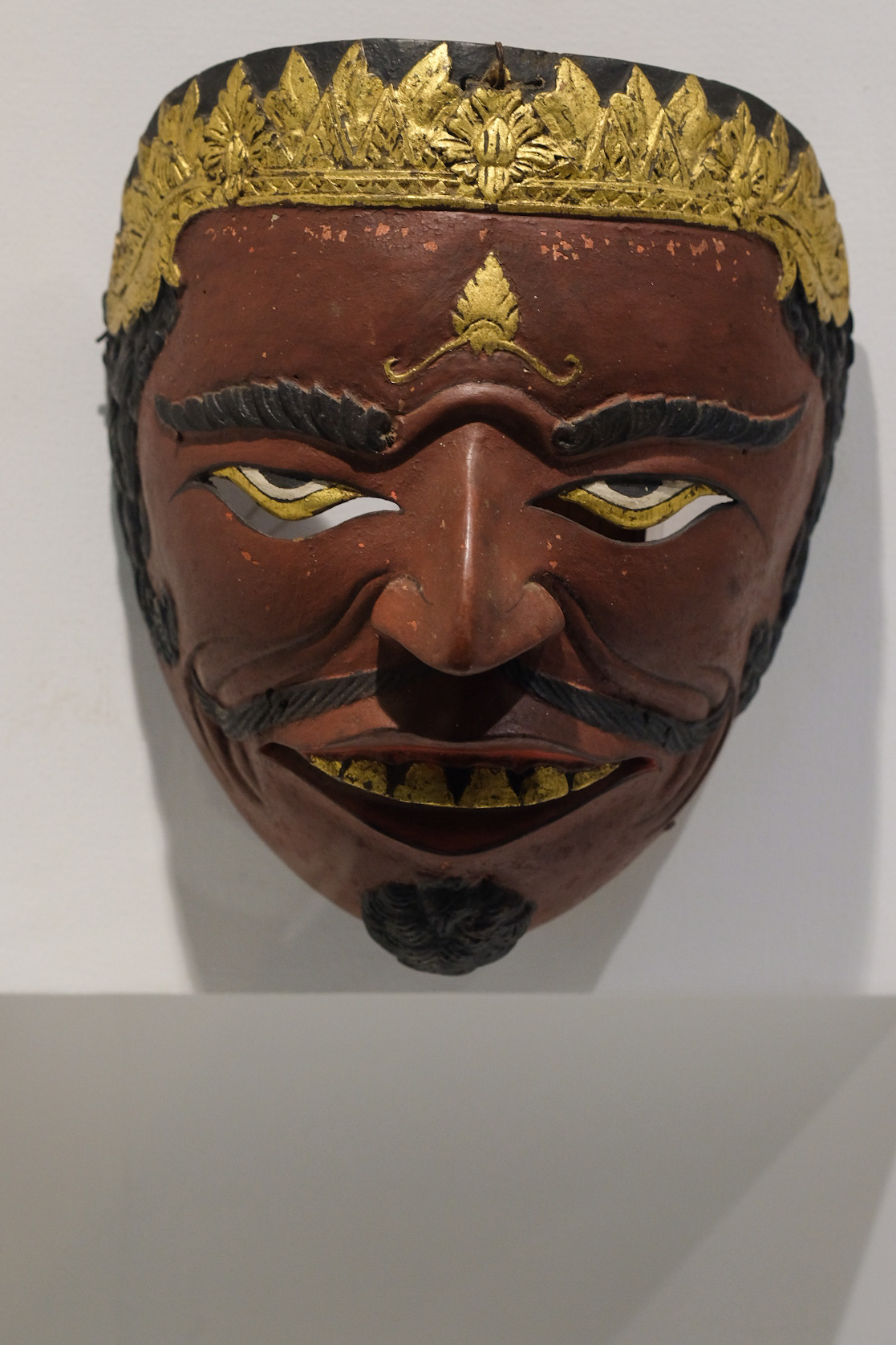 After exploring the city itself, we took a car to visit two of the most famous temples in Java. The first temple was called Borobudur. This temple complex is a very old Buddhist temple which was discovered far in the jungle of java. The temple was slowly collapsing into the earth. With the help of UNESCO this entire complex was disassembled, the location was reinforced with better water drainage and then it was reassembled. Looking at the size of this thing it must have been a crazy project. 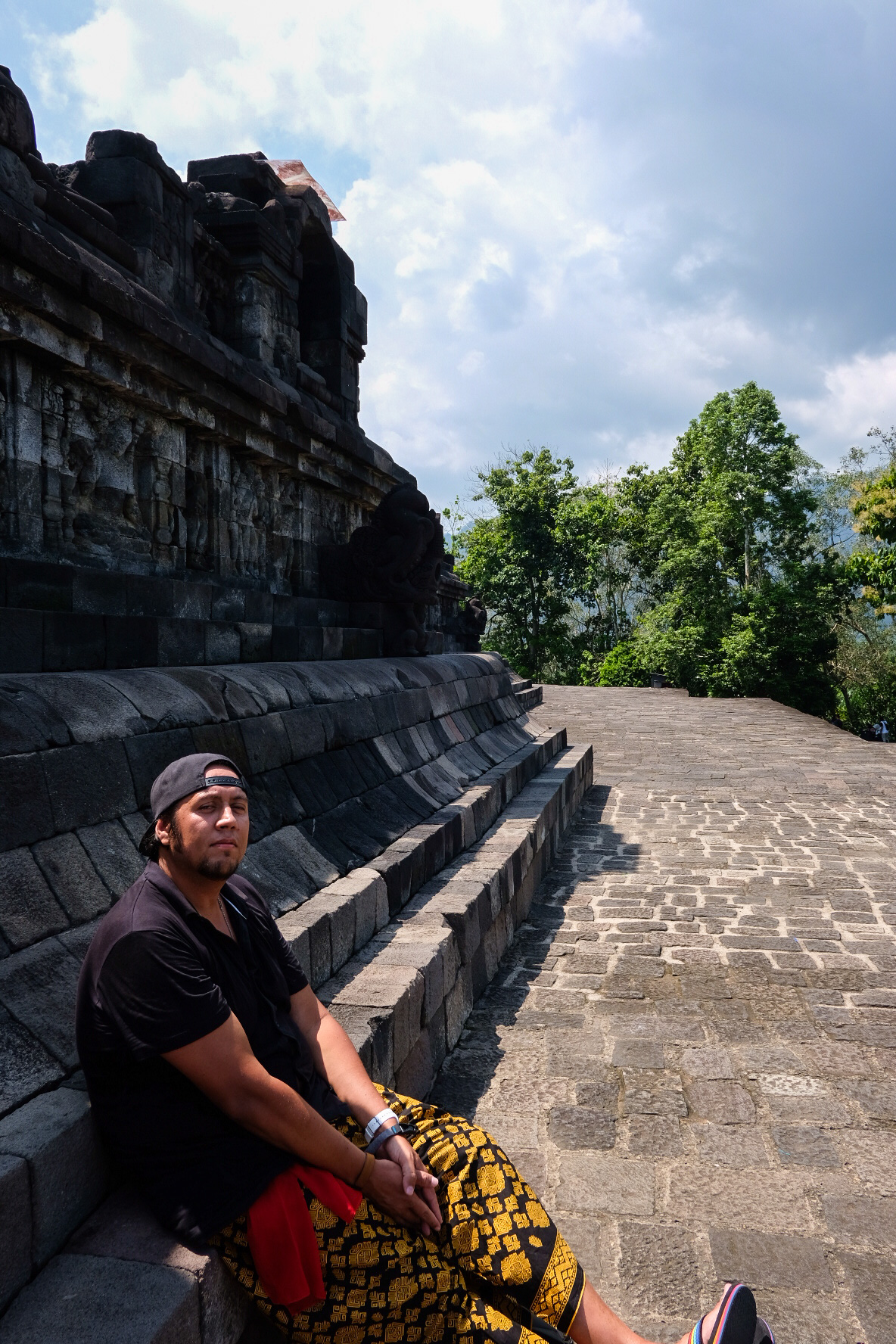 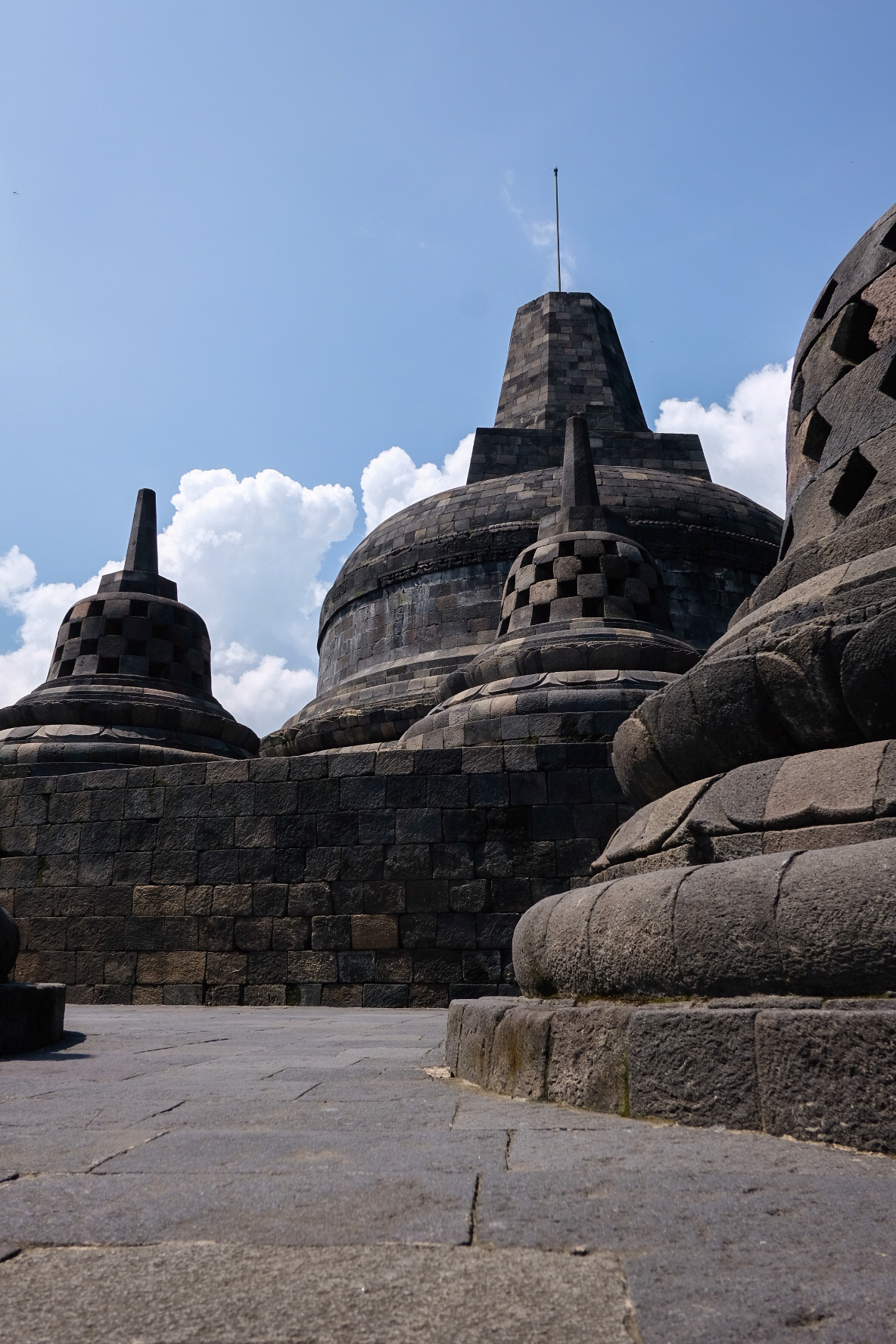 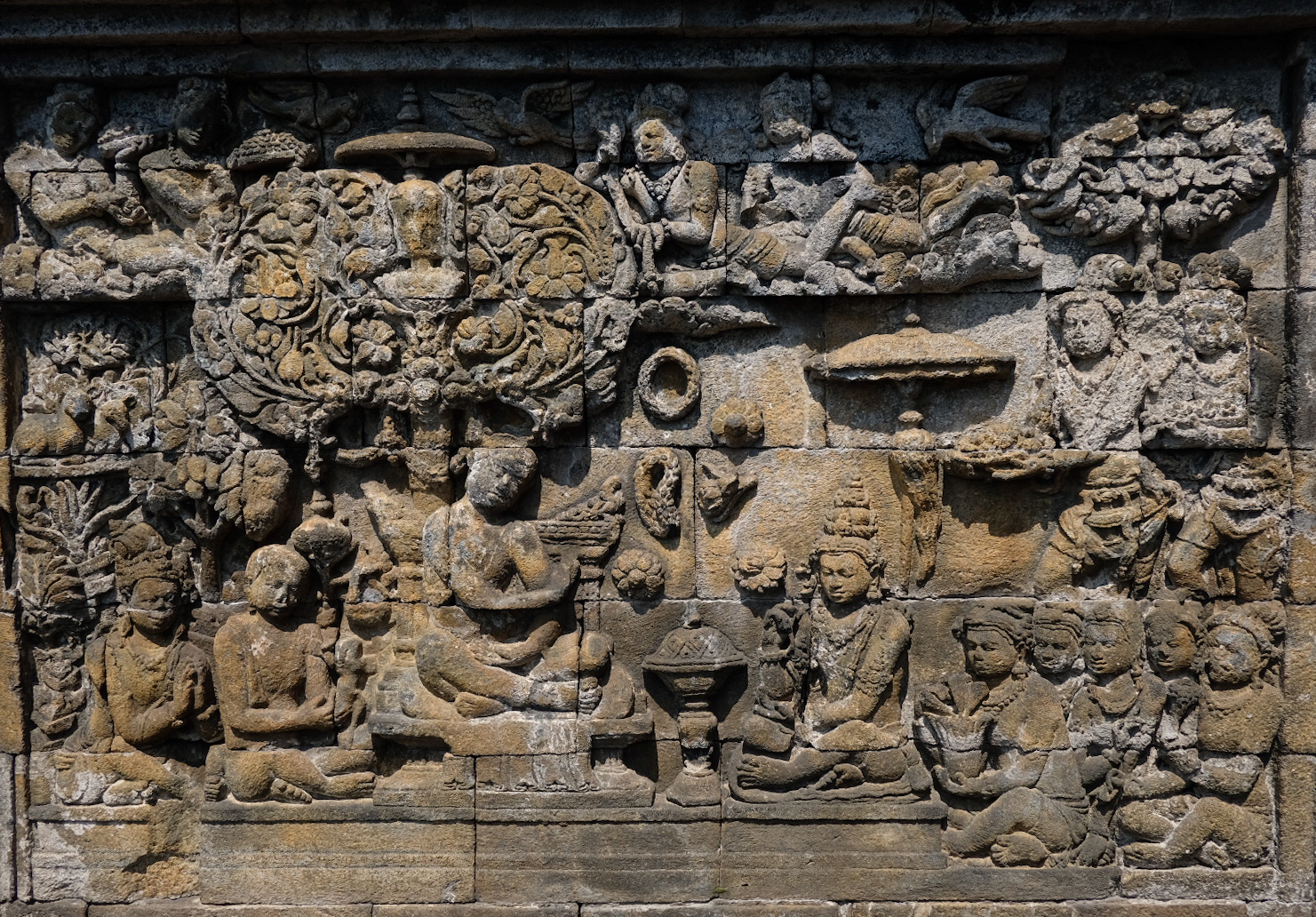 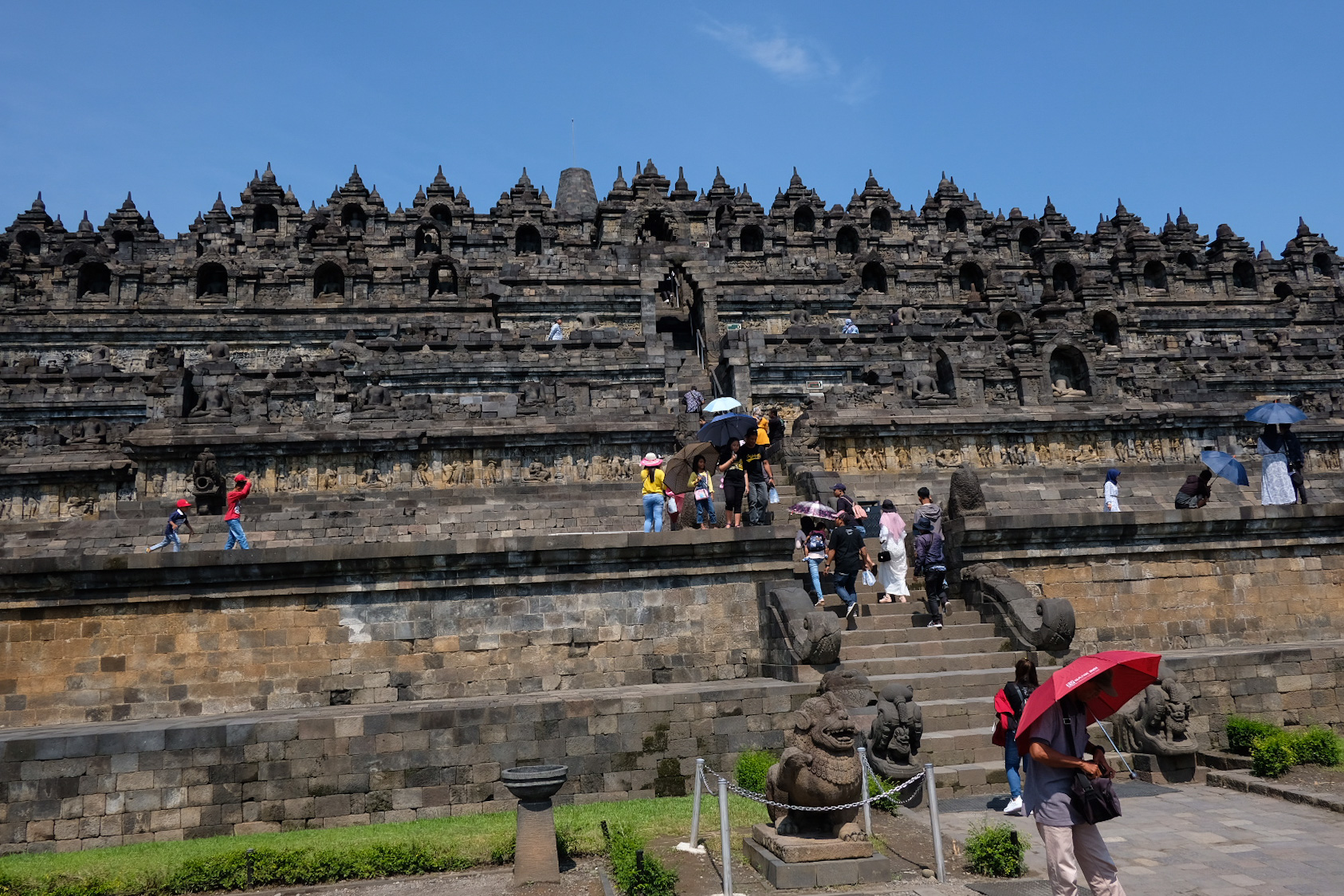 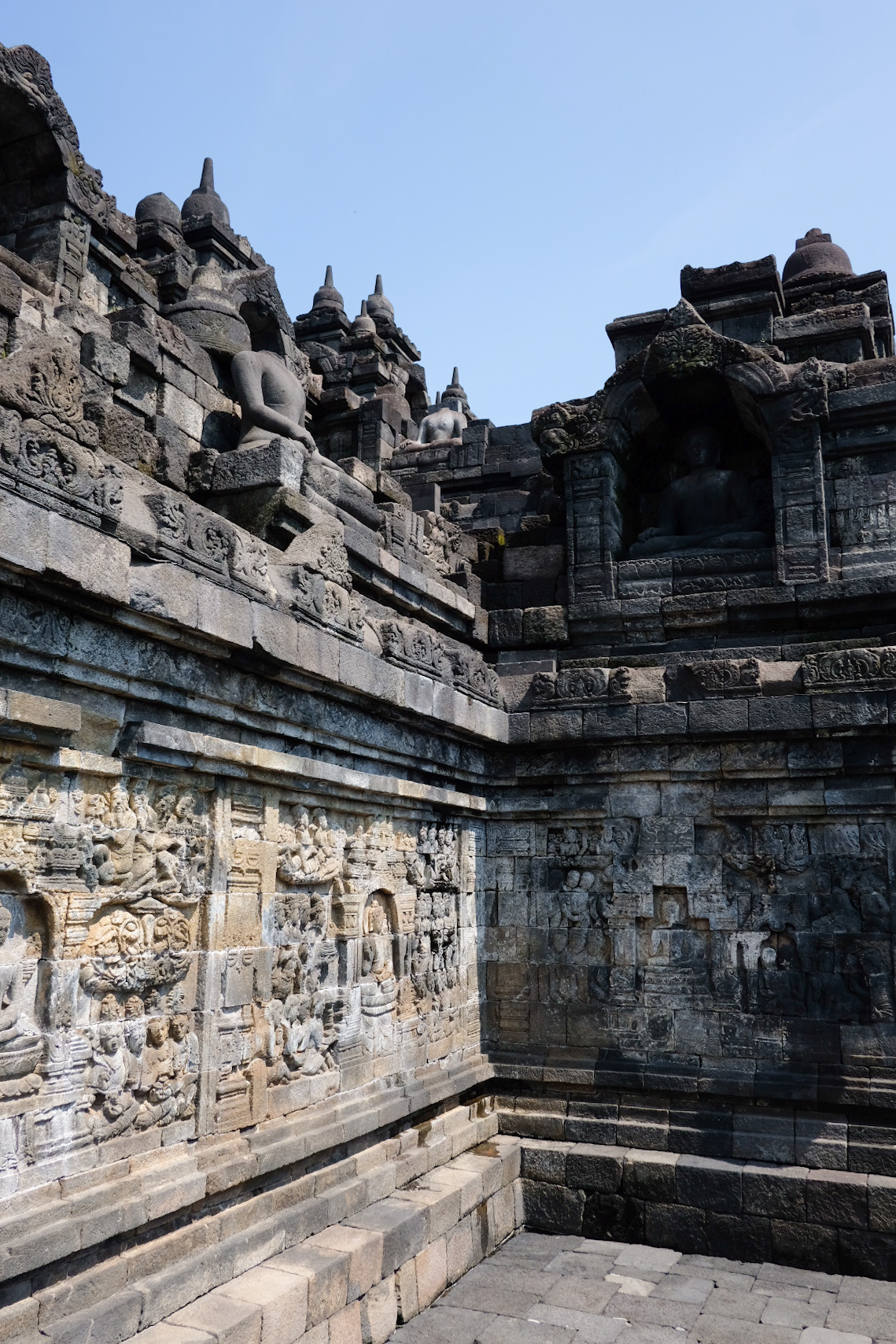 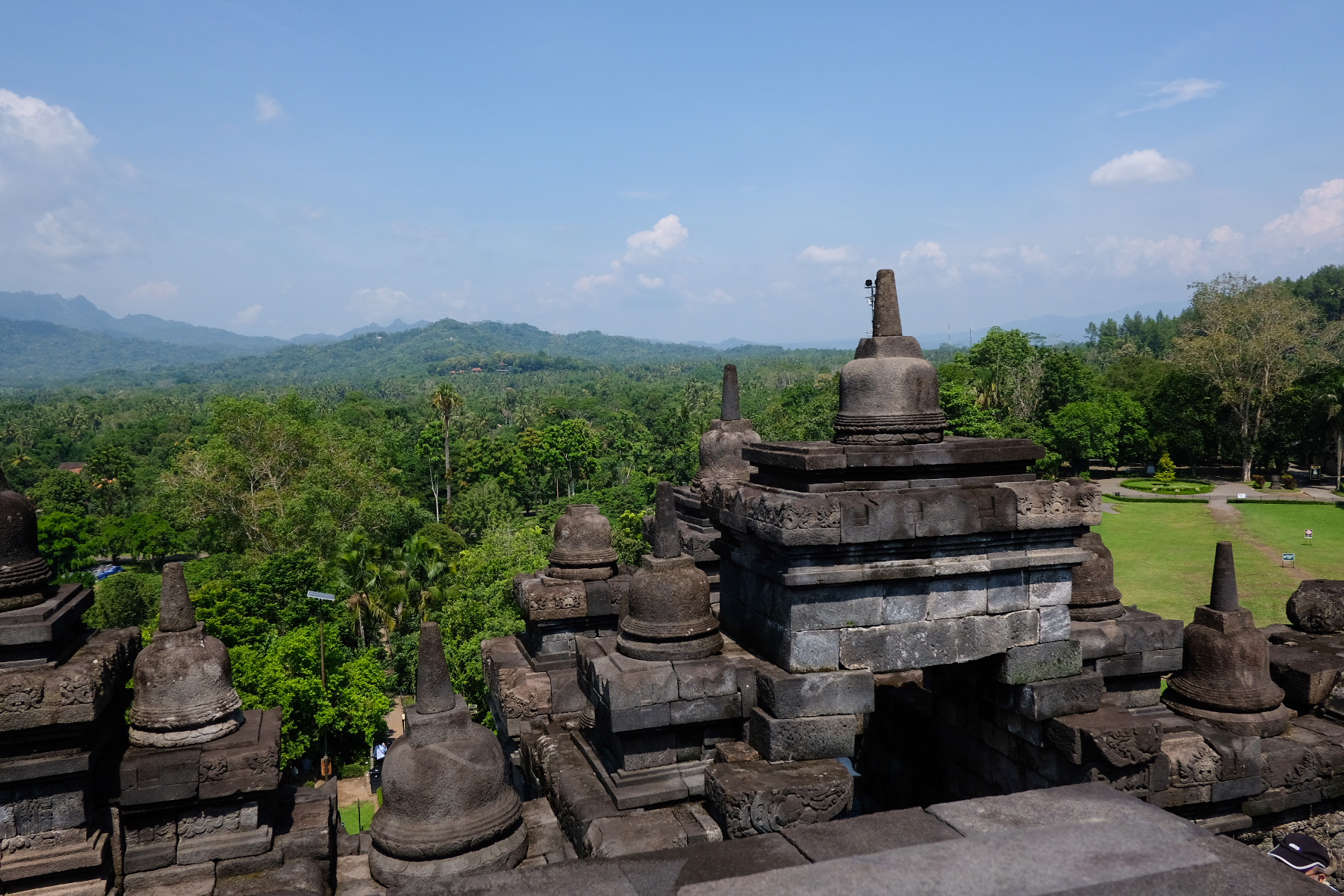 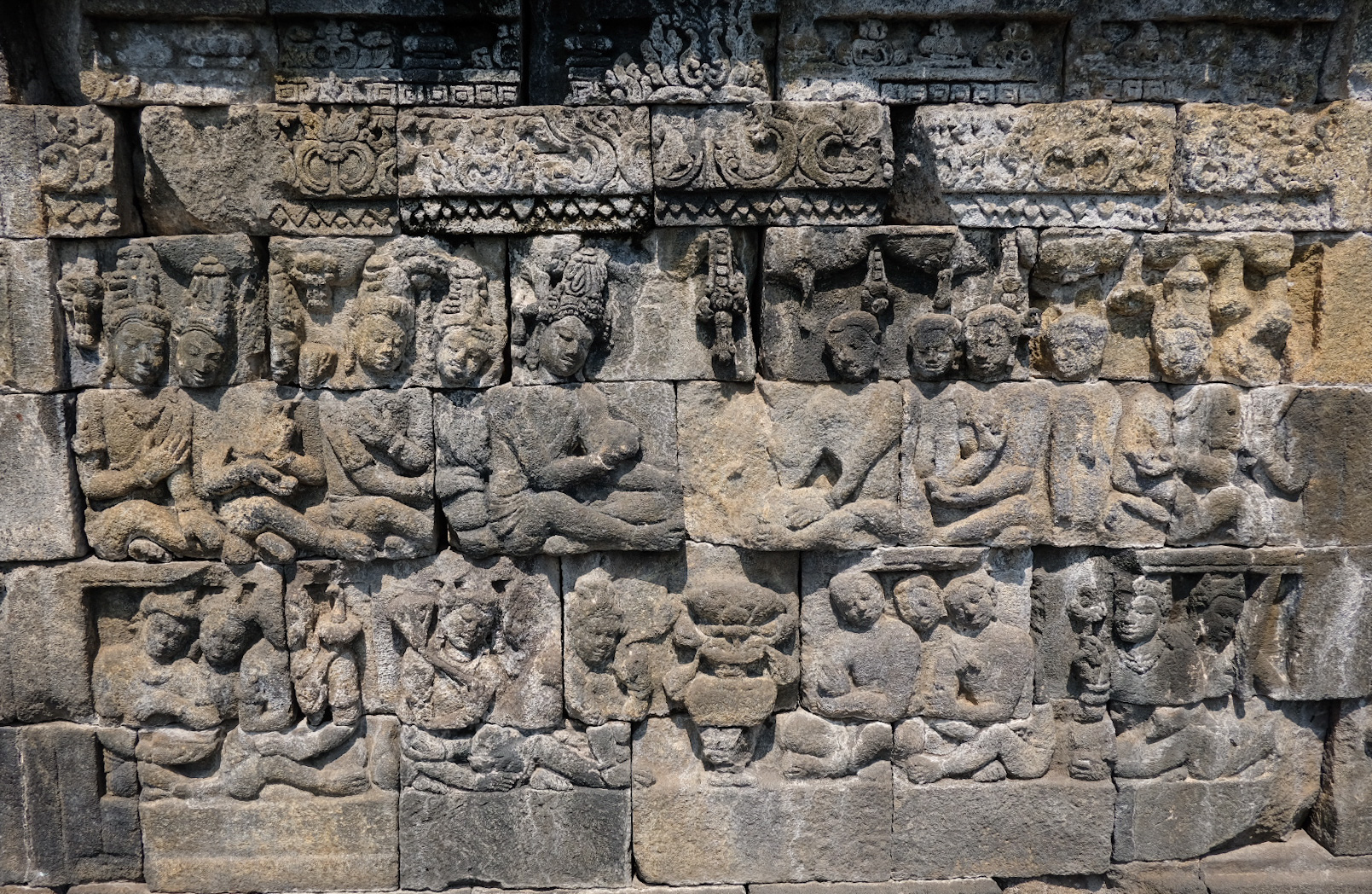 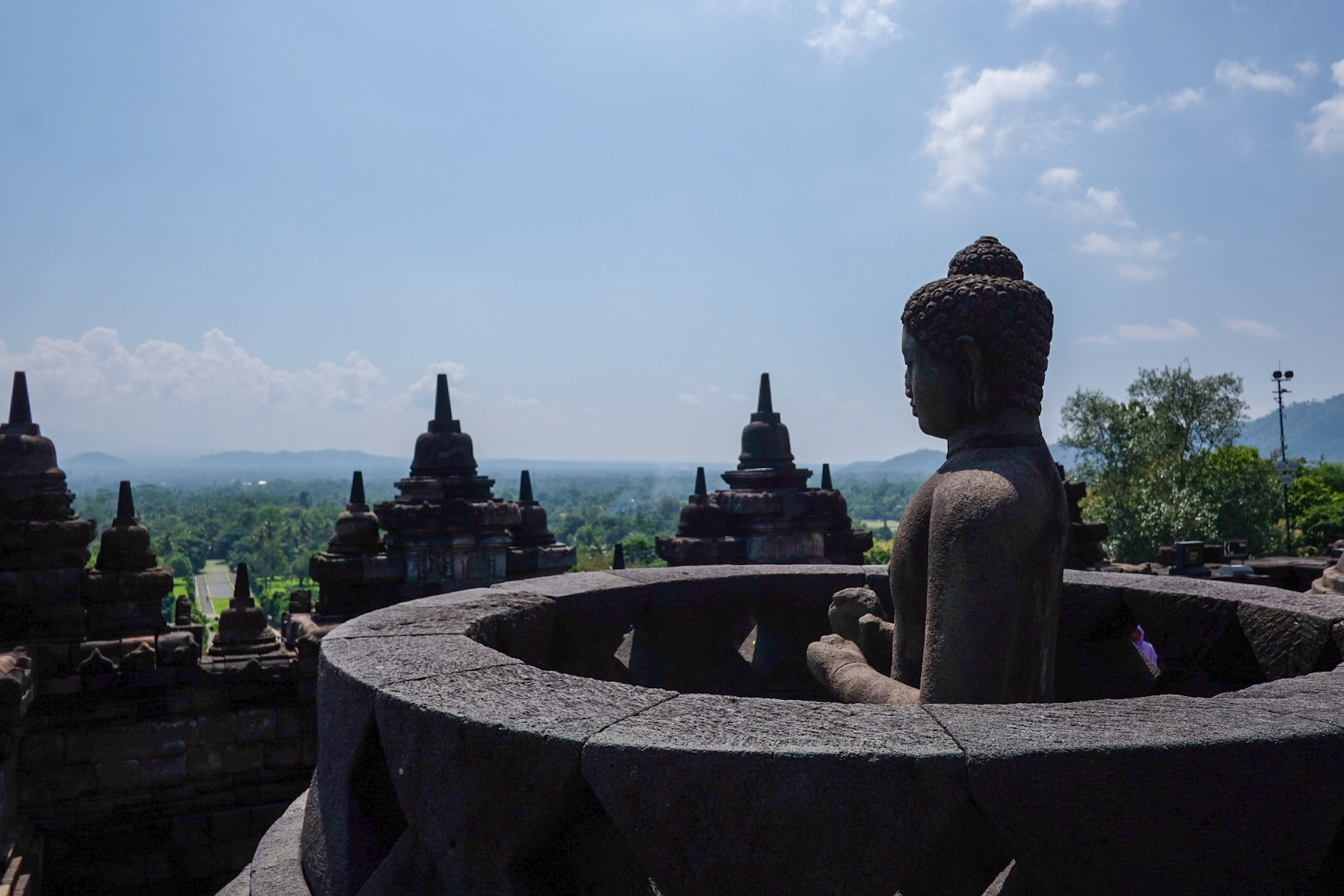 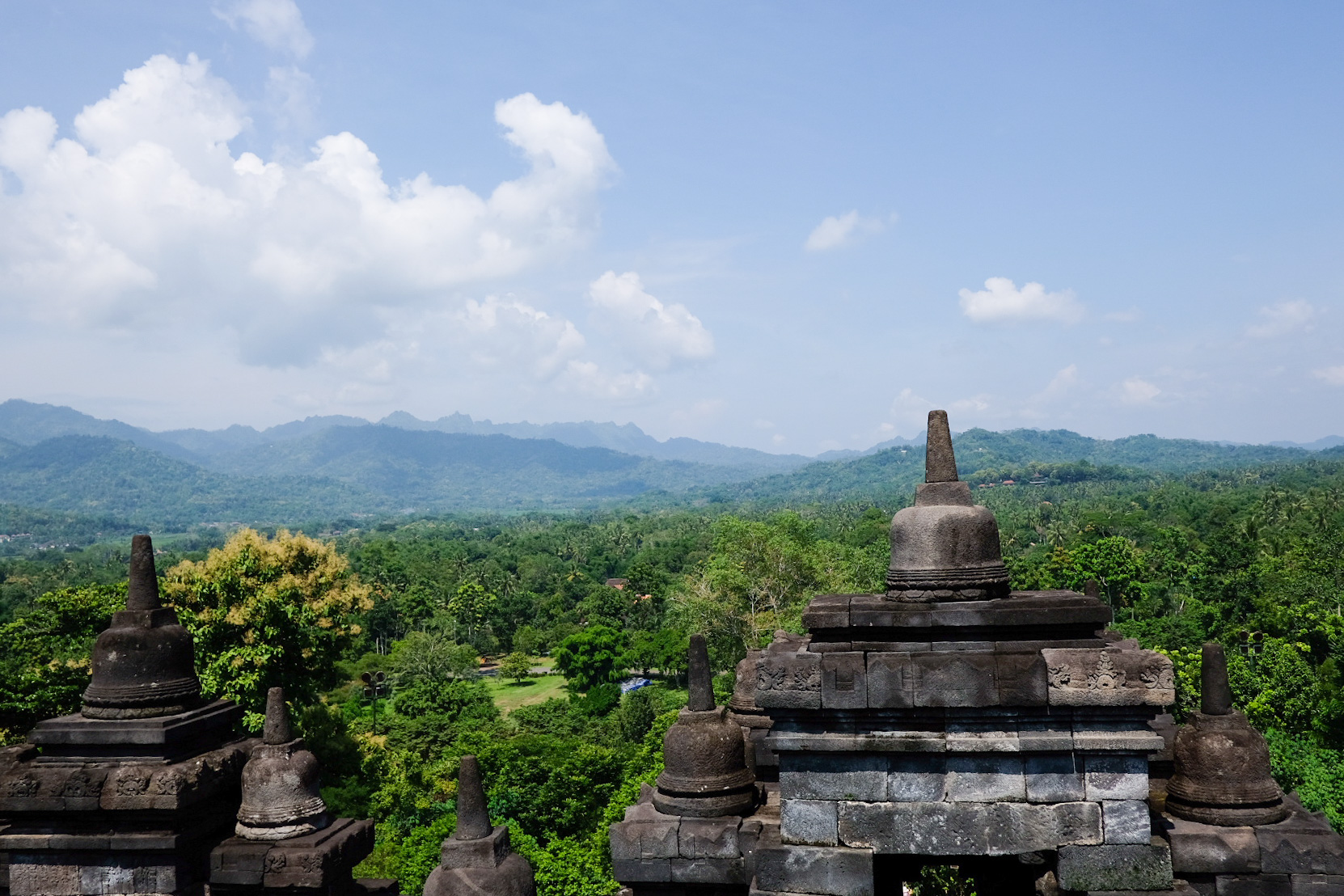 This place was very nice but very very busy. Also the vendors there were with many and sometimes very persistent. It spoiled the fun slightly.. Good thing we had another temple on our list and we went there straight after.

The next temple was called Prambanan. This place was also very large and had the highest towers of all Hindu temples in Indonesia. It looked very impressive. When we entered we were approached by high school students who wanted to give us a guided tour to improve their english, of course we said yes. It was fun to walk around with them and they did a great job. What was also very funny to us was that we seemed to be an attraction to the many Indonesians visiting the temples. We got approached quite a few times to take selfies and group photos. Very fun and all of the people we met were so incredibly friendly. Next time we are gonna ask them if we can take a picture of them. :p 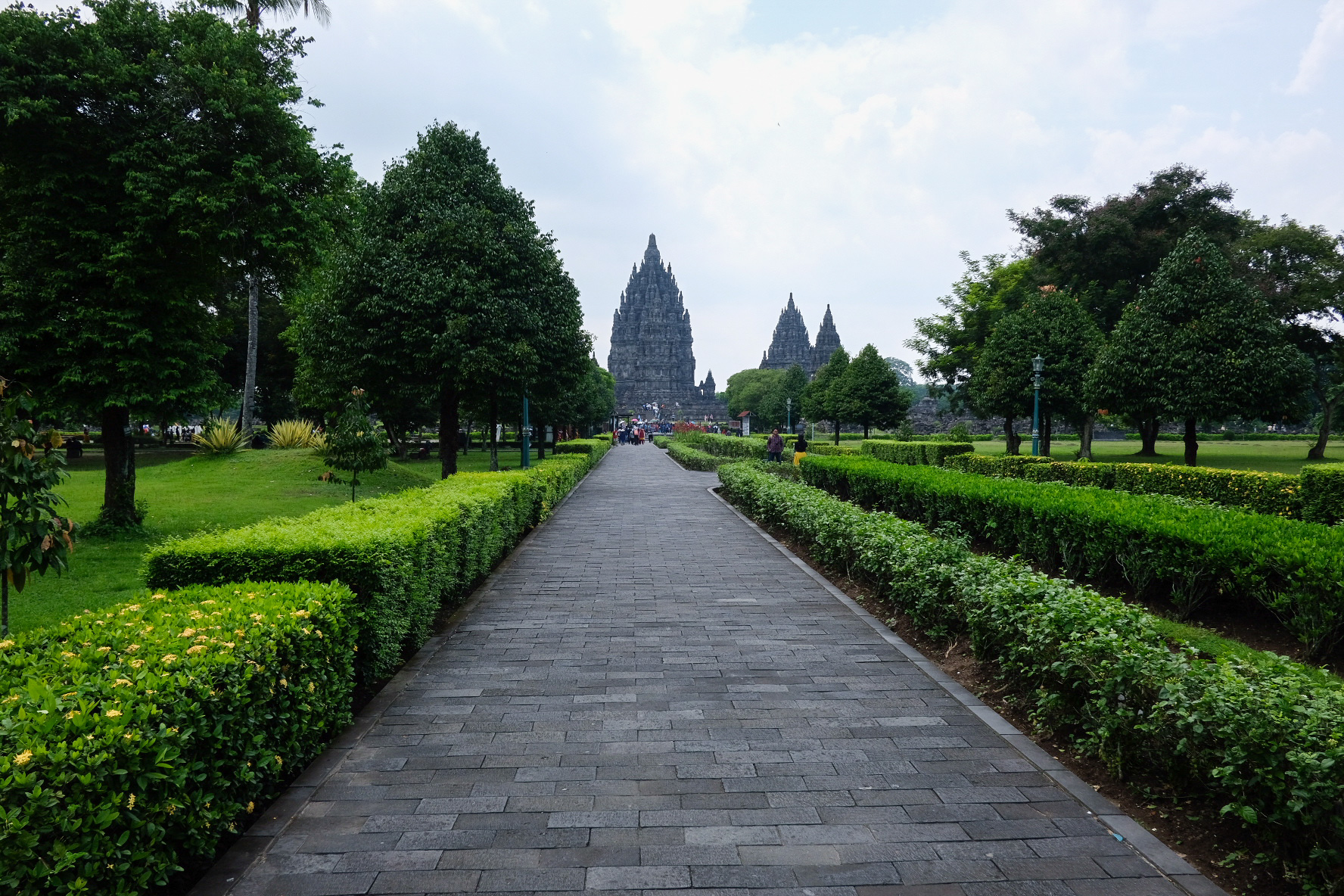 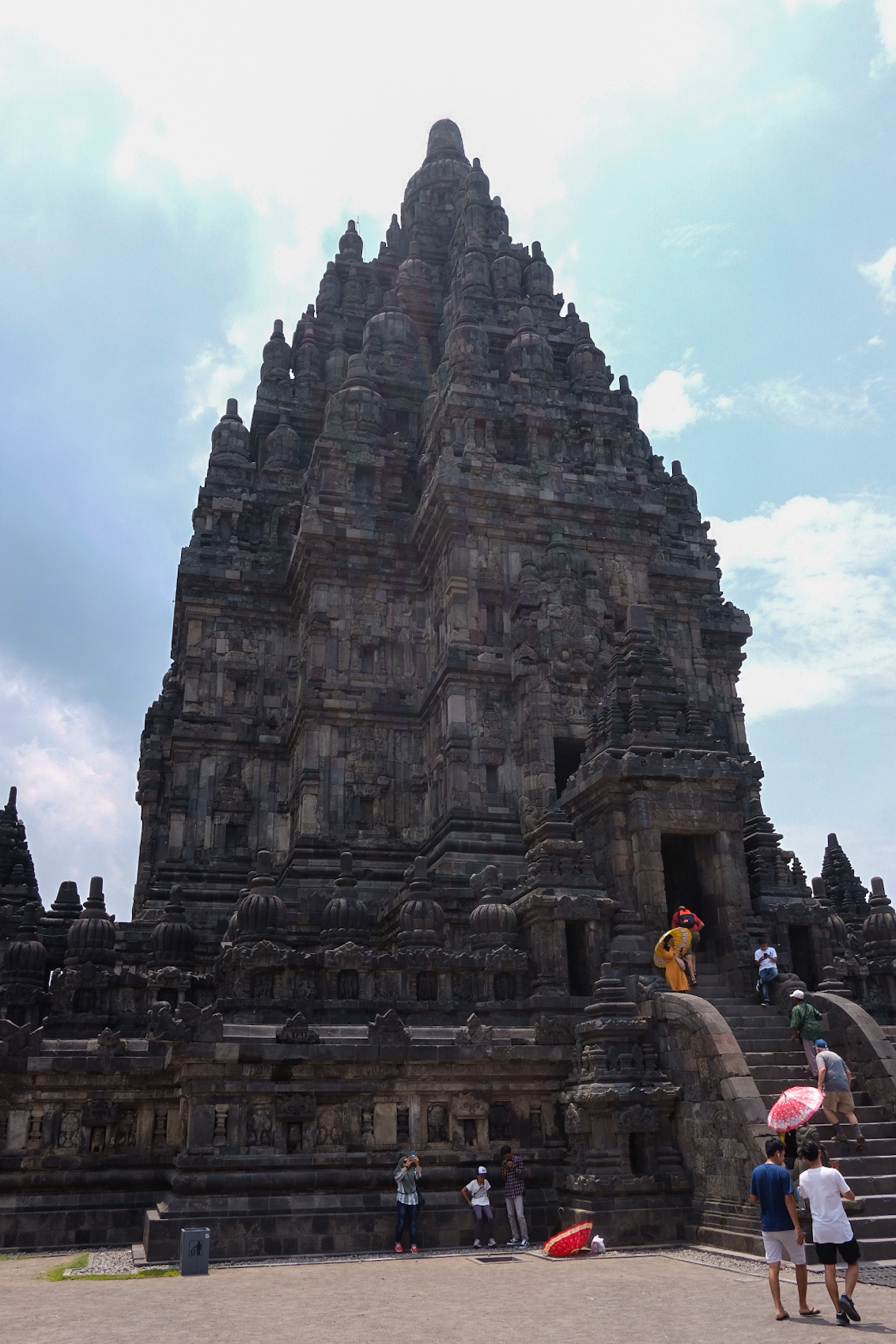 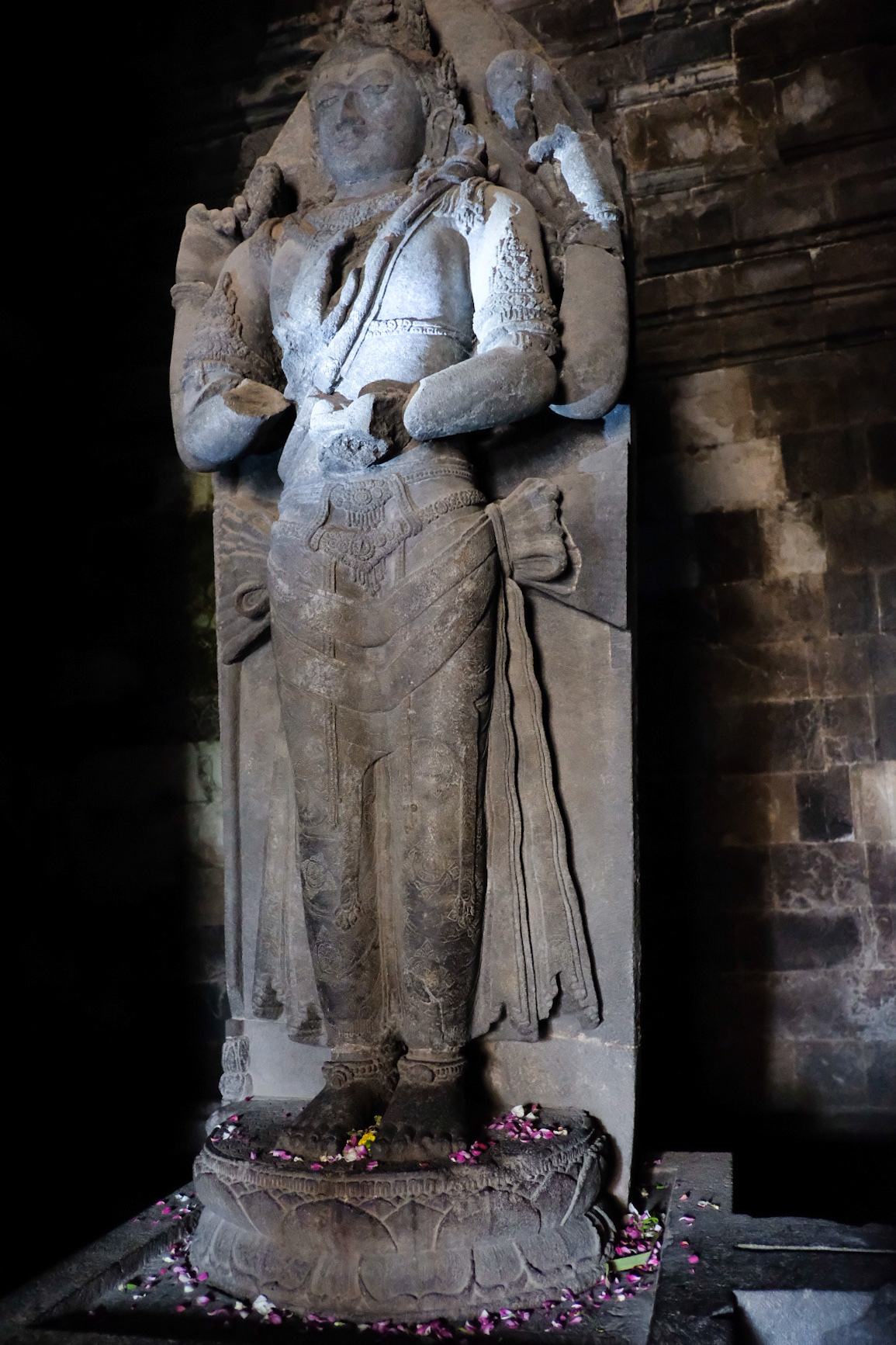 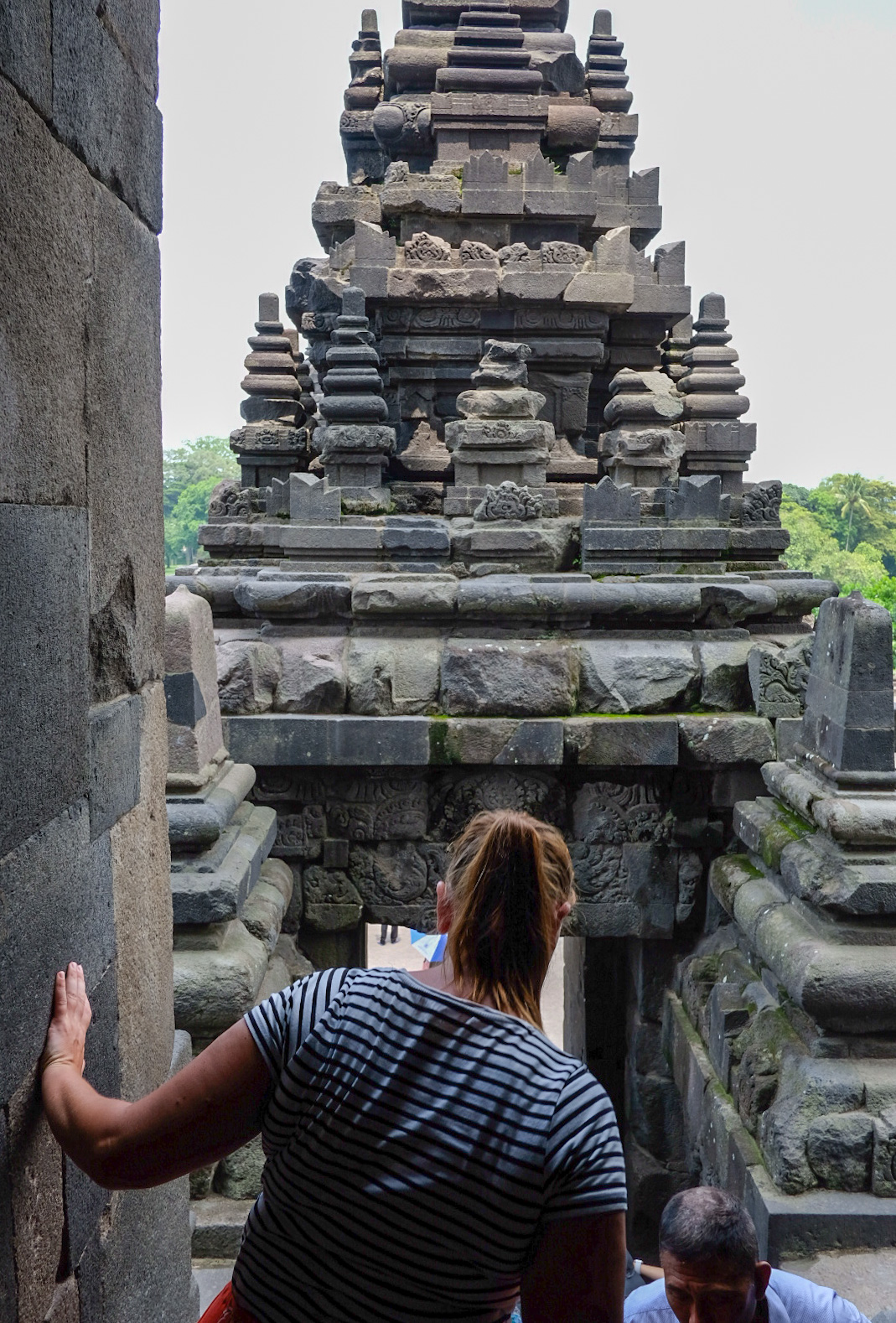 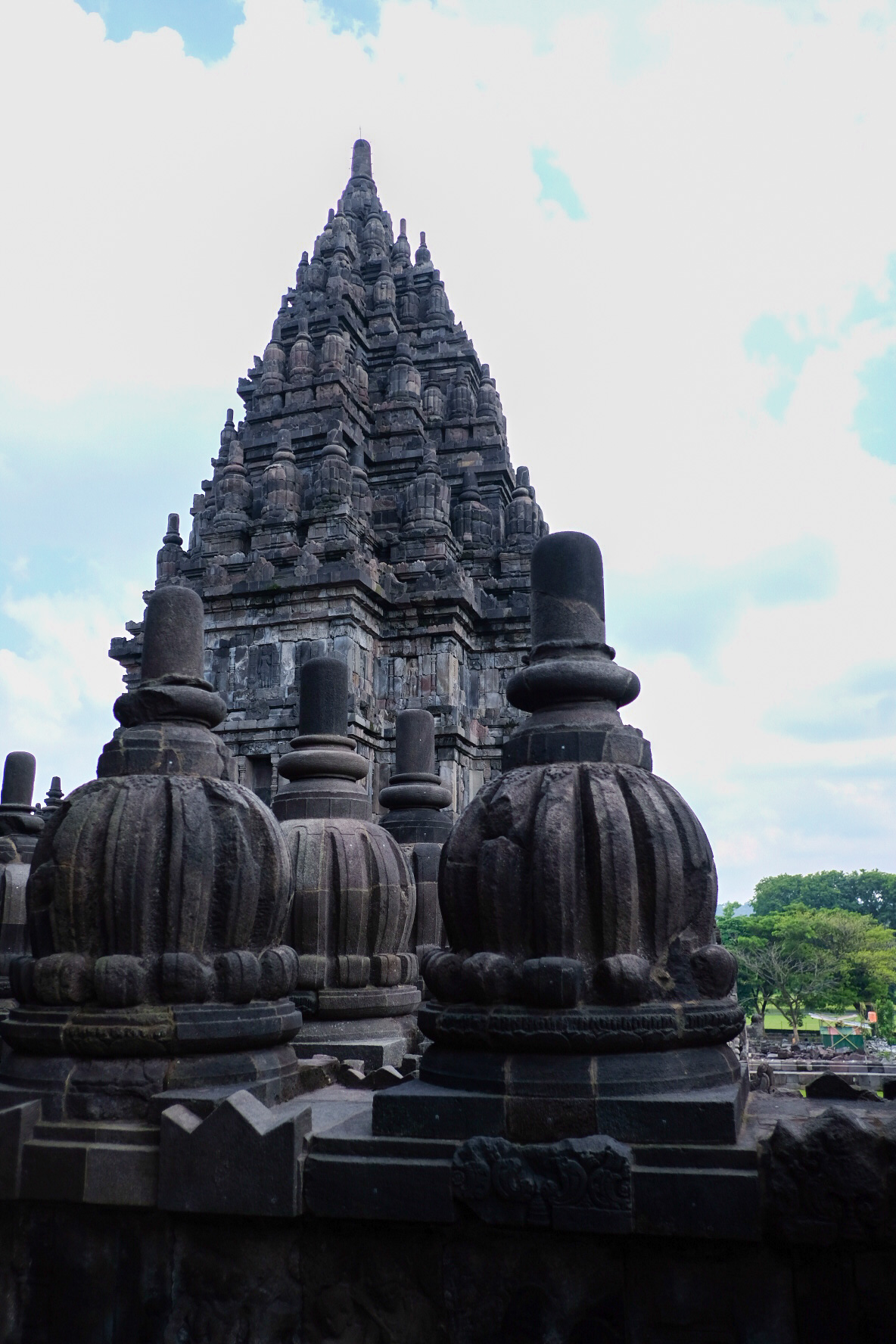 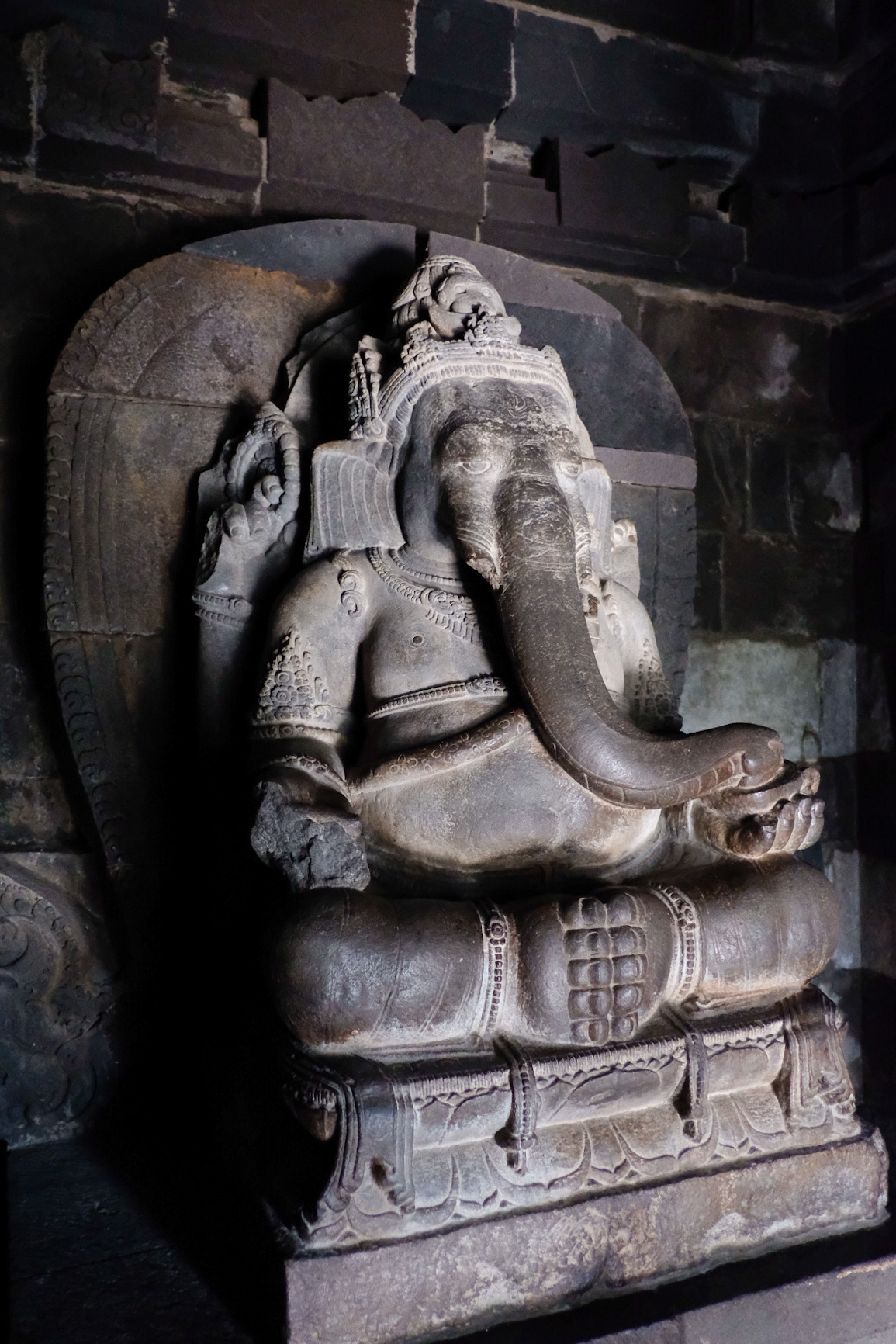 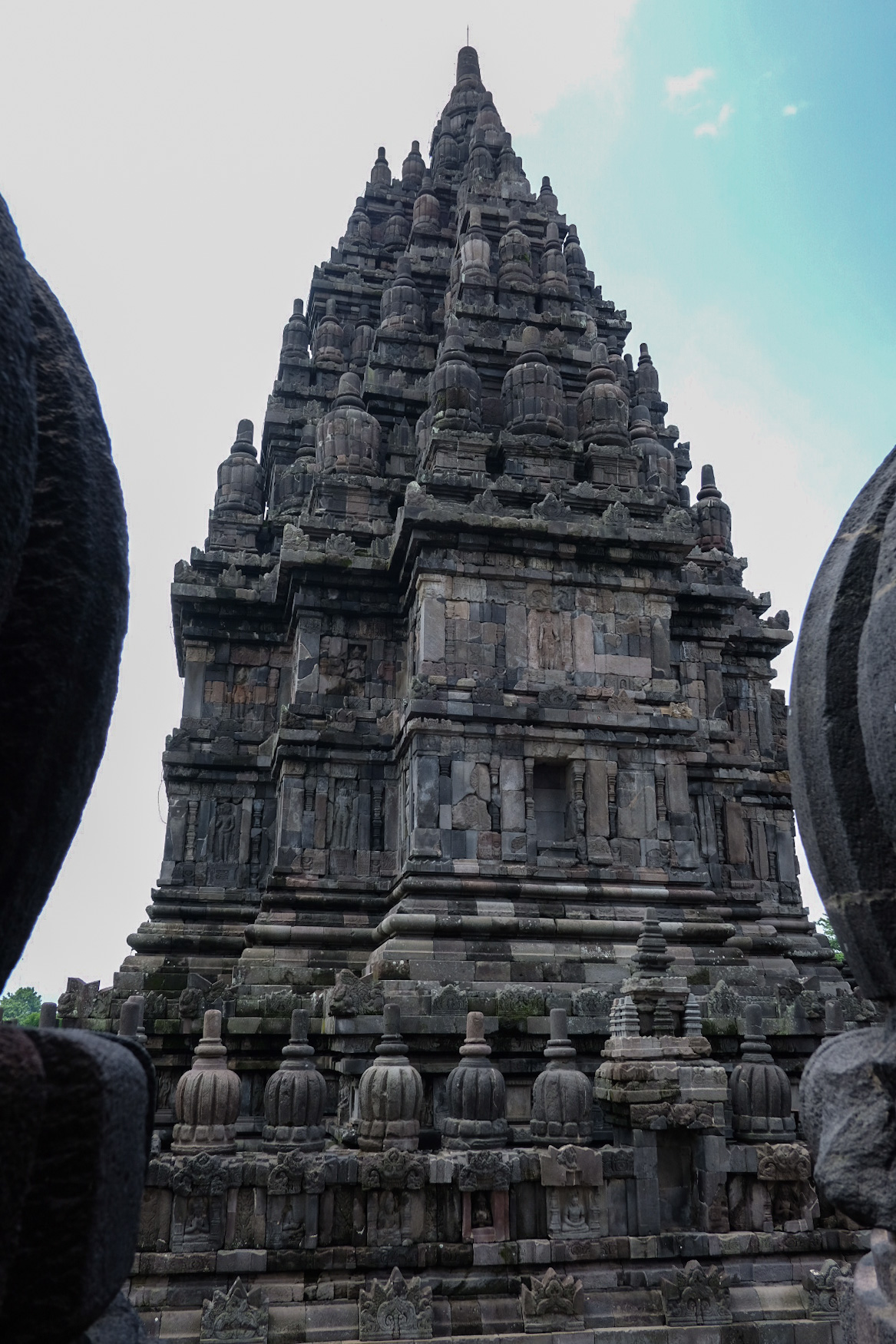 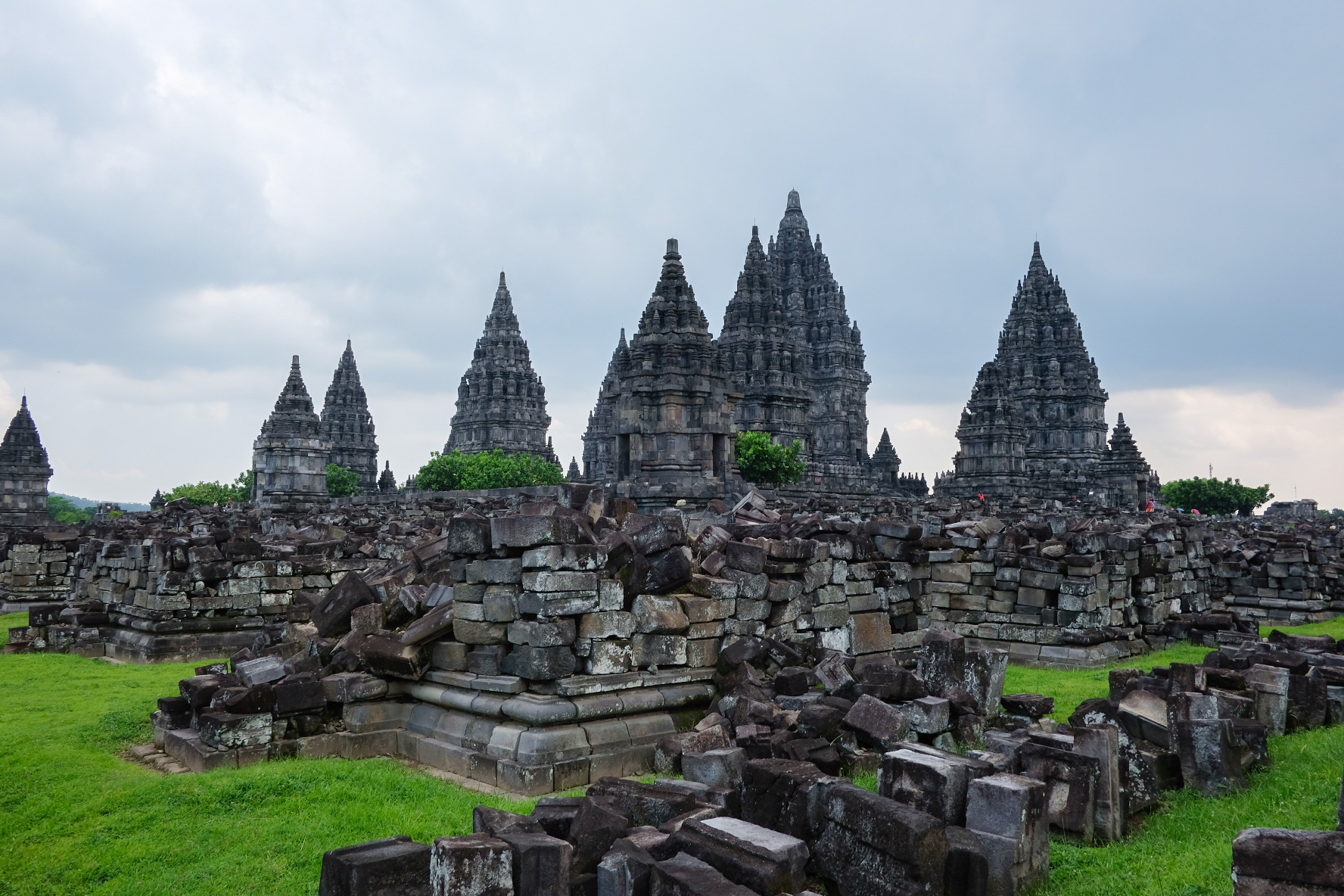 Once again a great day, especially Prambanan was very nice. Also the people here continue to surprise us with their friendliness and great sense of humor. We are having a great time here in Java.

Also the food is very nice here. For todays lunch we went to a little place at a road and had a Mie Ayam meal with Bakso for a total cost of 2 euros. In the evening we went for real Java food and Ellen ate a catfish. But we also found a Dutch restaurant were they served Croquettes, Cheesesouffle and Bitterballs. Off course there we ate sate with white rice because we didn’t wanted to blend in. Tomorrow we are going back to a restaurant were we eat pizza and we’re gonna taste the burgers. See you next time Gadget!! Bye.