Maybe you have guessed it already because of our previous post but we have officially left Indonesia. After almost 6,5 weeks we felt it was time to move on. We had to travel quite a bit from Bandung to Malaysia. Firts we took a taxi from our hotel to a shuttle bus which would take us to Jakarta airport. We did make sure we had plenty of time to spare before we had to catch a flight. Our shuttle was supposed to pick us up at 7:45 but at 8:00, an employee thought it would be a good thing to tell us our shuttle was not coming because of unknown reasons. We were automatically booked onto the next one which would depart an hour later.. We are getting used to this kind of logic so it did not bother us much. We also saw a glimpse of home, a sign of a bakery around the corner called “Den Haag Klappertaart”, which made us laugh and forget about the delay.

The next shuttle did arrive and it was pretty relaxed. The seats were great and had nice airco. The driver did his best to reach Warpspeed and instead of taking 6 hours to reach the airport, we did it in 3…. We made up for the delay and then some.. 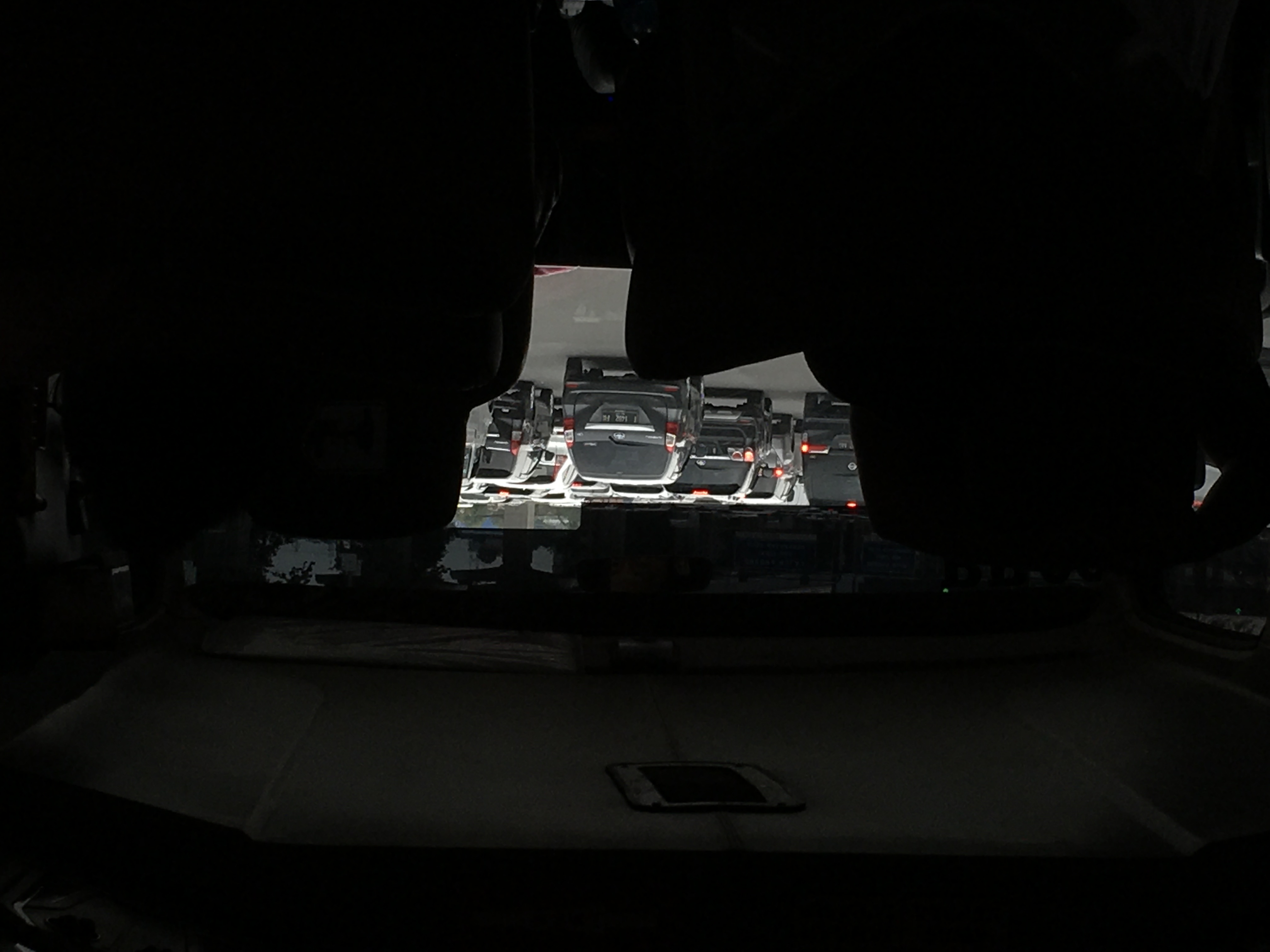 We realized in advance that we would go to a country which officially had some cases of the new corona virus, so we bought some masks earlier in our trip together with a load of hand sanitizers. We were already using the sanitizer but not the masks. This was new for us but we saw about 70% of the people at the airport and on the plane wearing them.

The flight itself was very relaxed. We sat near the emergency exit so for the first time even Tim could sit nice and comfortably. 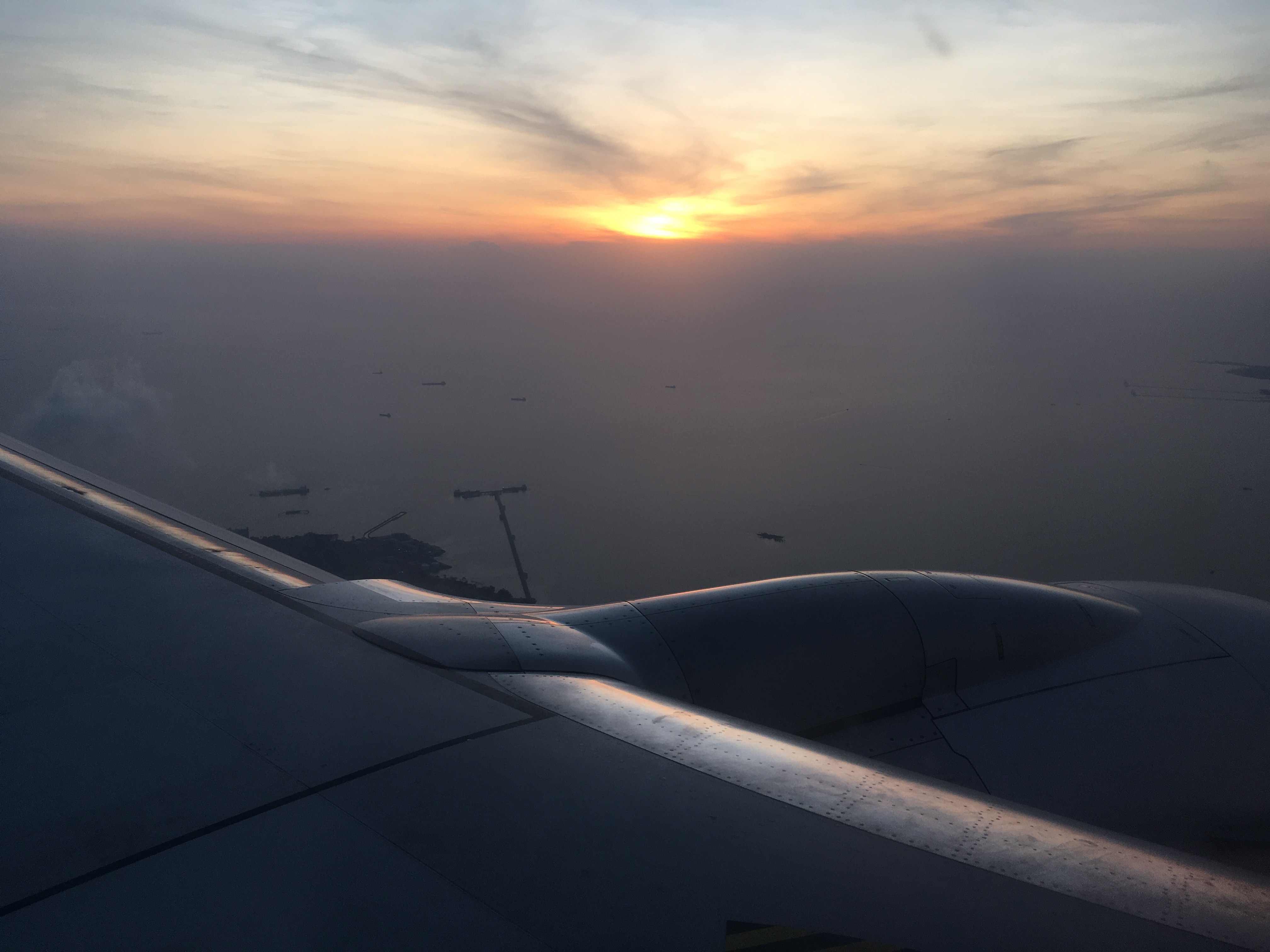 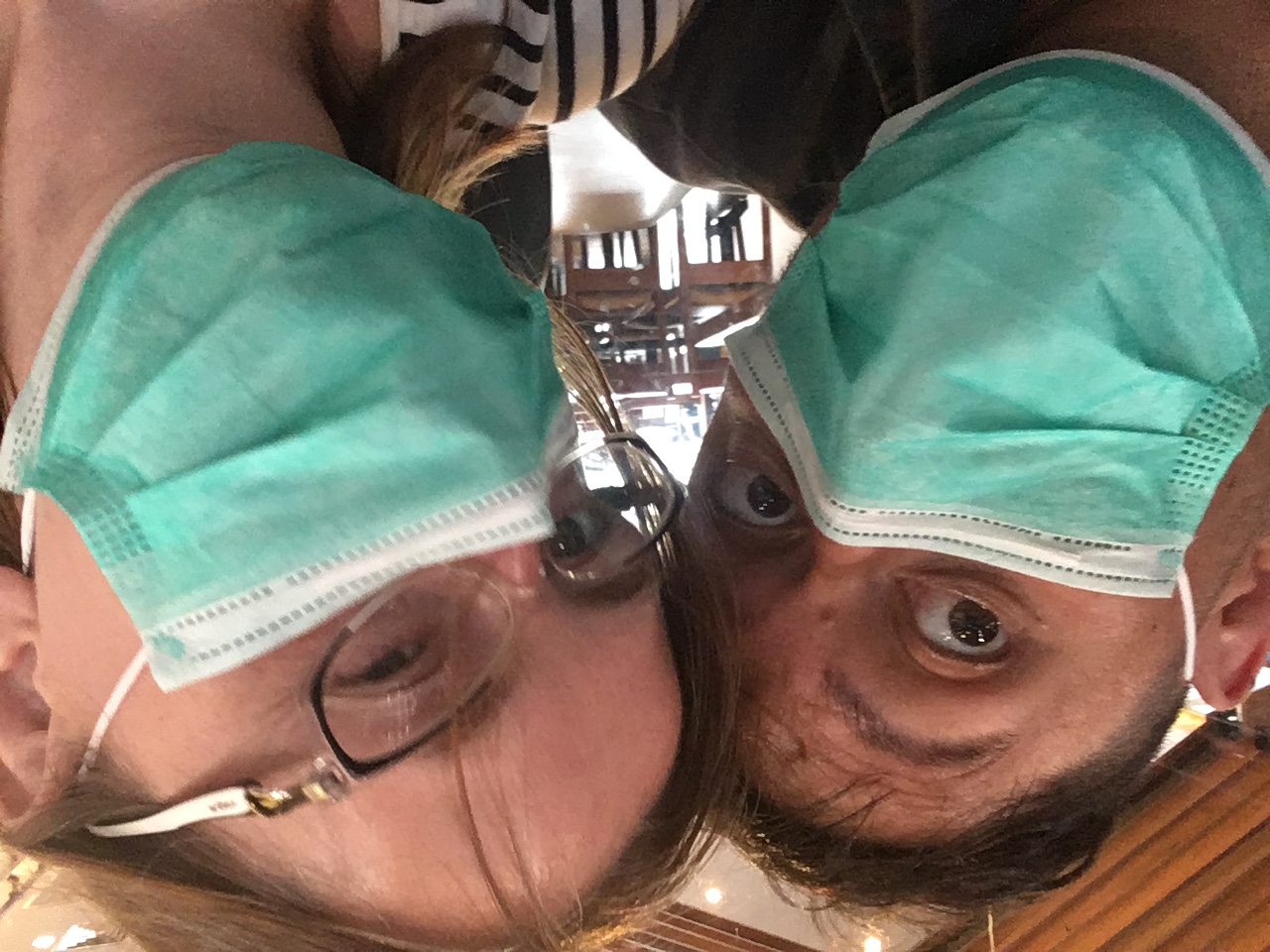 Immigration and baggage check at Kuala Lumpur was super easy and very fast. We are now officially able to stay here for 90 days, simply by getting a stamp. No additional fees, no photos, no visa.

From the airport we took an one stop train to Kuala Lumpur Sentral and from there a taxi to the hotel. Here we stay for 4 nights, right next to Chinatown and close to the city center.

The whole trip from Bandung to Kuala Lumpur took almost 15 hours in total but the next day we were ready to explore a new city.

Malaysia is well known for its diverse population and it’s foods. We had to start our day in one of the many food courts here and eat a national dish for breakfast, Nasi Lemak. Together with 2 fresh juices it costs about 6 euros, not bad for such a westernized city!

After breakfast we walked around Central Market and we bought a SIM card. We are very much reliant on internet as we plan our trips in google maps and book taxi’s through and app called Grab, it’s basically what we know as Uber. Once that was sorted, we figured out how the metro system here works and we took a metro to see the Petronas Twin Towers.

Someone had to compensate for something, these towers are huge! And the architecture of the entire thing is just breathtaking. 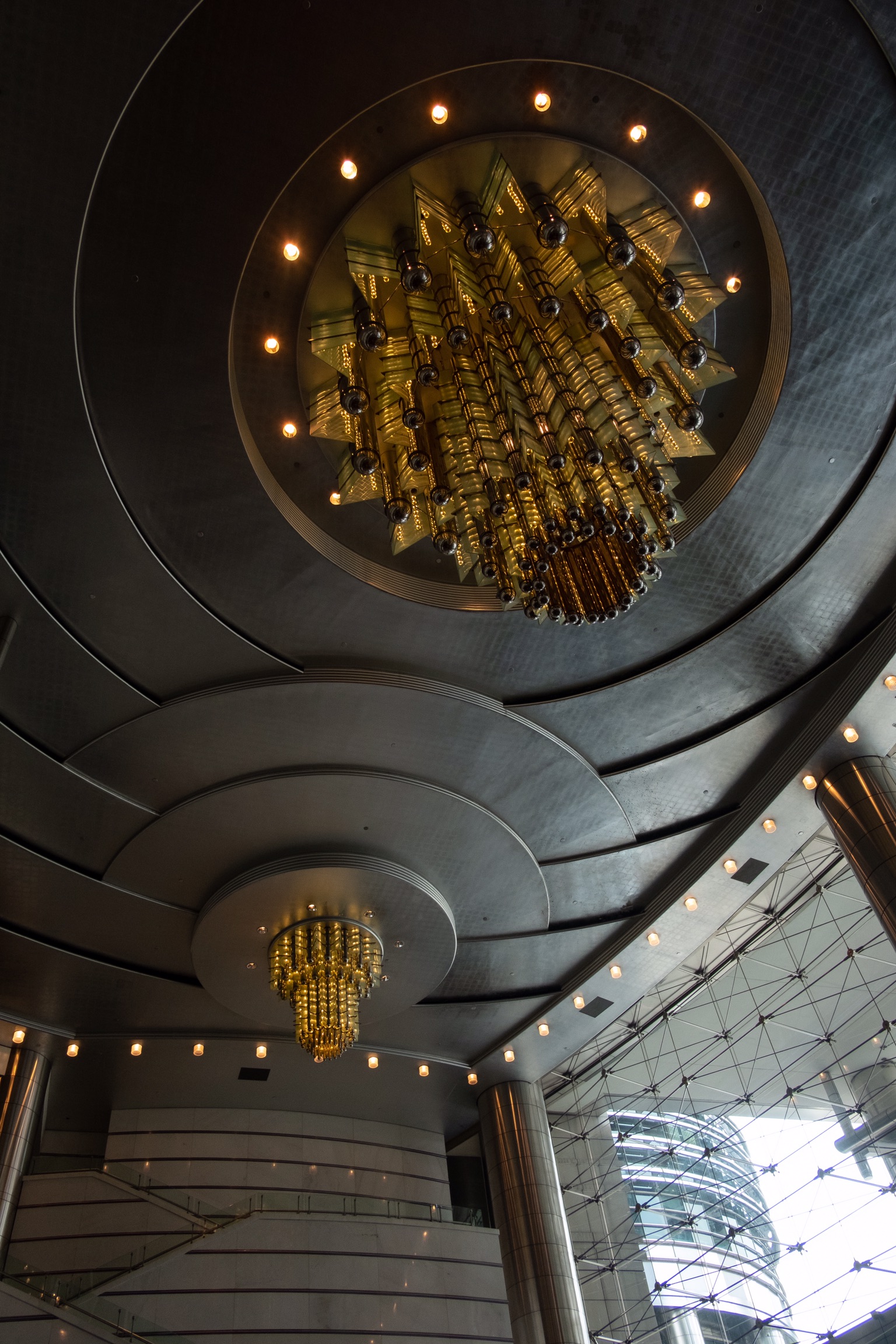 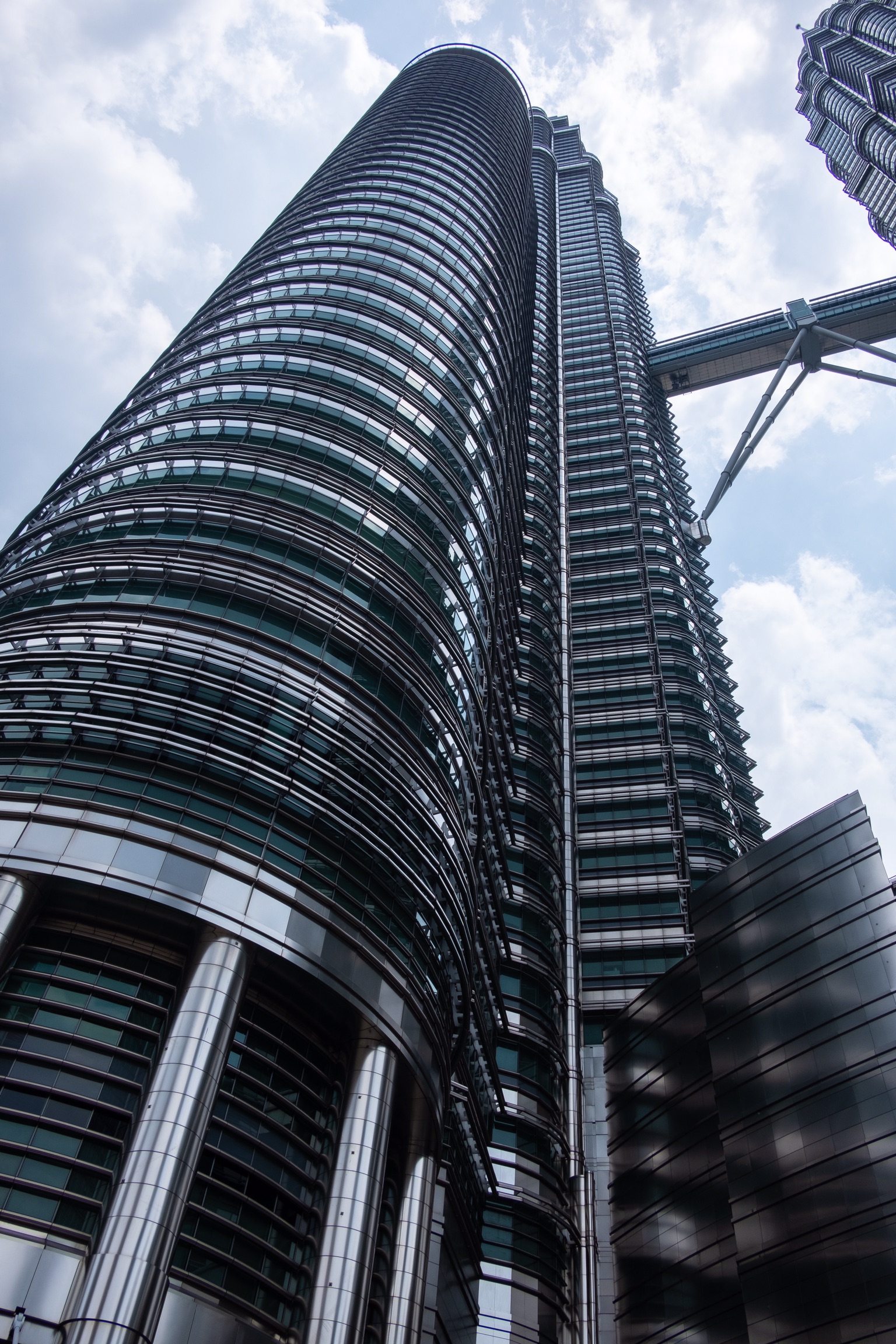 After enjoying the incredible scenery we went inside. Underneath the towers is an enormous mall where a lot of locals were enjoying their weekends. We walked around here for a while and bought a video camera. We decided to leave going up the towers to the moment we have full batteries in the video camera, so we can take you all up with us :).

So far we have been enjoying this city a lot. The contrasts between traditional architecture and cultures and the hyper modern buildings and infrastructure is something to behold. Hope we can share more of this with you soon !