We are back on an island. After a few week seeing mostly urban jungles we felt like it was time to get some fresh air and relax for a few days. We chose to move from Ipoh to Pangkor Island, Malaysia, an island group known for its laid back vibes and pretty beaches. Pangkor sits about 90 km west of Ipoh and was quite easy to reach from Ipoh.

Traveling from Ipoh to Pangkor

Ipoh has a big bus terminal just north of the city called Amanyaya. It almost resembles an airport terminal and has a check in area, departure gates, food stalls and loads of people. Booking a ticket was super easy. We used a website called https://www.busonlineticket.com which sends you a ticket by email. At the check in counter in the terminal we could simply show the ticket to get our boarding pass and were ready to go! Easy as that.

We took a bus to Lumut, which is a small port city on the west coast. The bus driver was on a mission to bring us an unforgettable ride. After driving through a few red lights, loud honking and a near miss with a crossing car, we arrived in Lumut. From here we took the ferry to Pangkor. On the ferry we were almost fooled by the amount of locals getting off at the first stop, which was a small fishing village called Sungai Pinang Kecil. We thought the ferry only had one stop so we had to quickly google while people were disembarking. It turned out the ferry had a second stop and this was where we got off. When we left the jetty we walked straight into the pink taxi vans. Here in Pangkor there is no Grab service and these taxis are the only public transportation available, but the prices are fair. We shared a taxi with another Dutch couple and after only 15 minutes we arrived at our hotel.

Our hotel turned out to be right at the beach, and what a beach it was.. It was big, had white sand and a turquoise sea and the weird thing was, there were hardly any people!? When we went here the next day, in the morning there were no people at all, just a few monkeys looking for fresh shell fish. 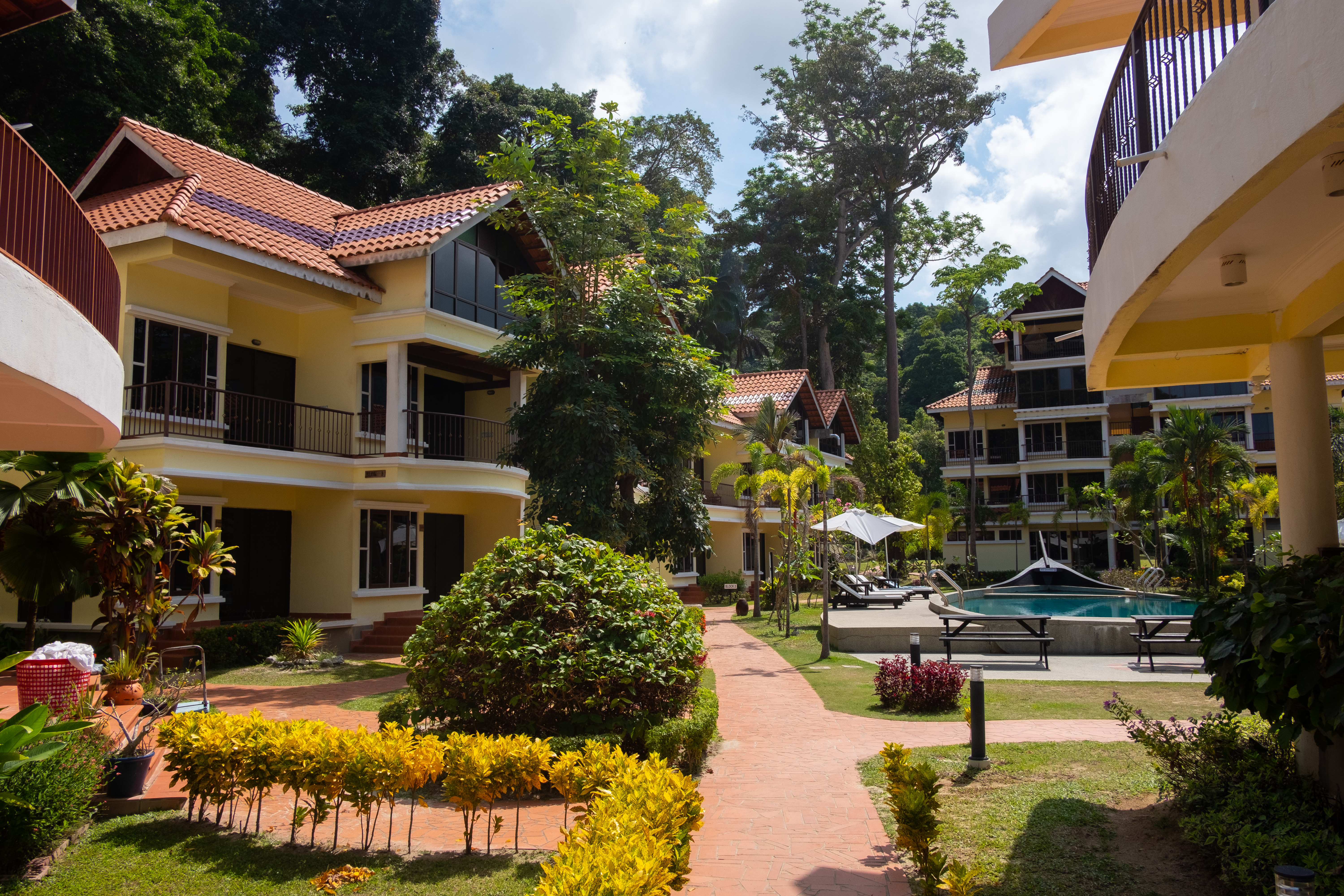 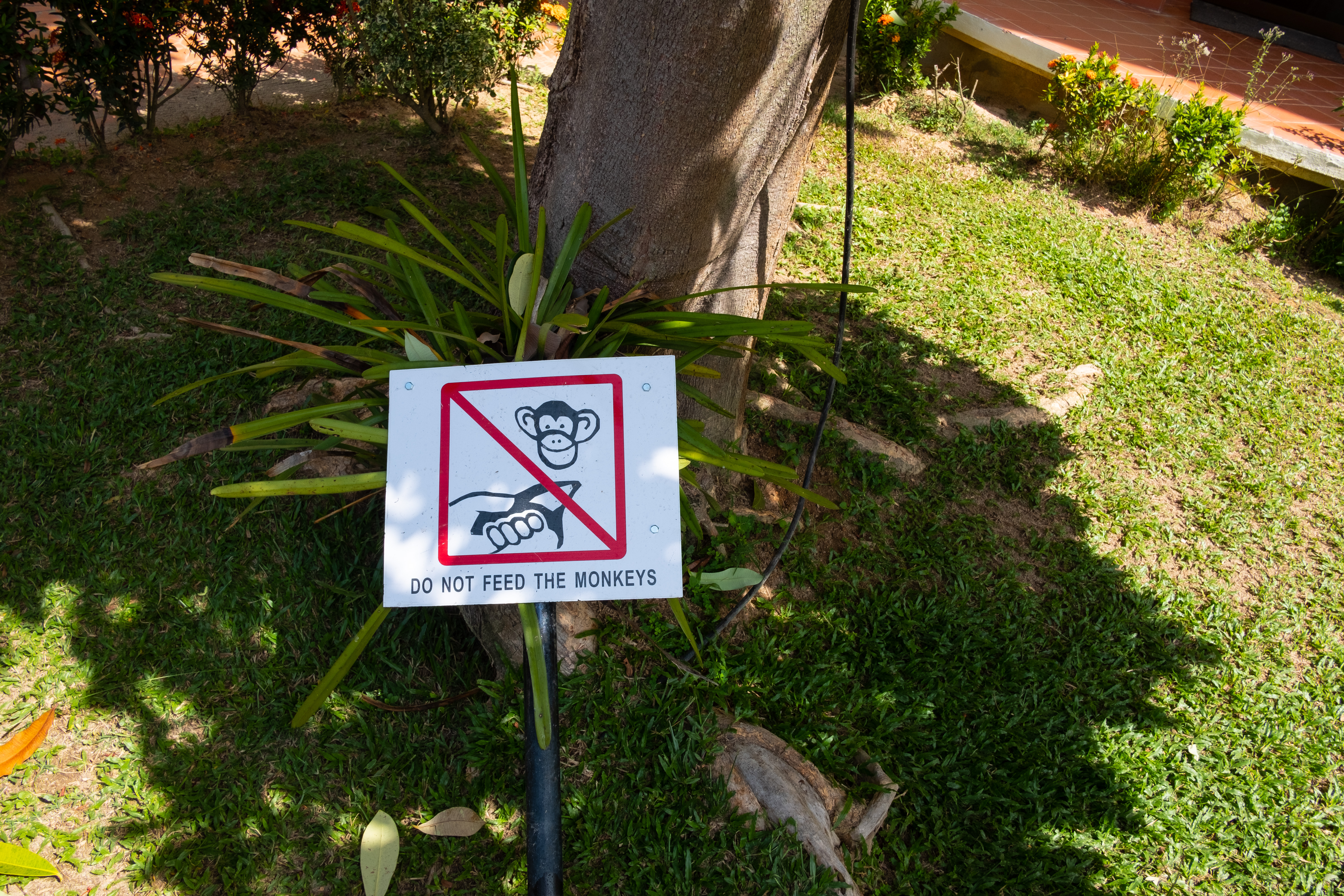 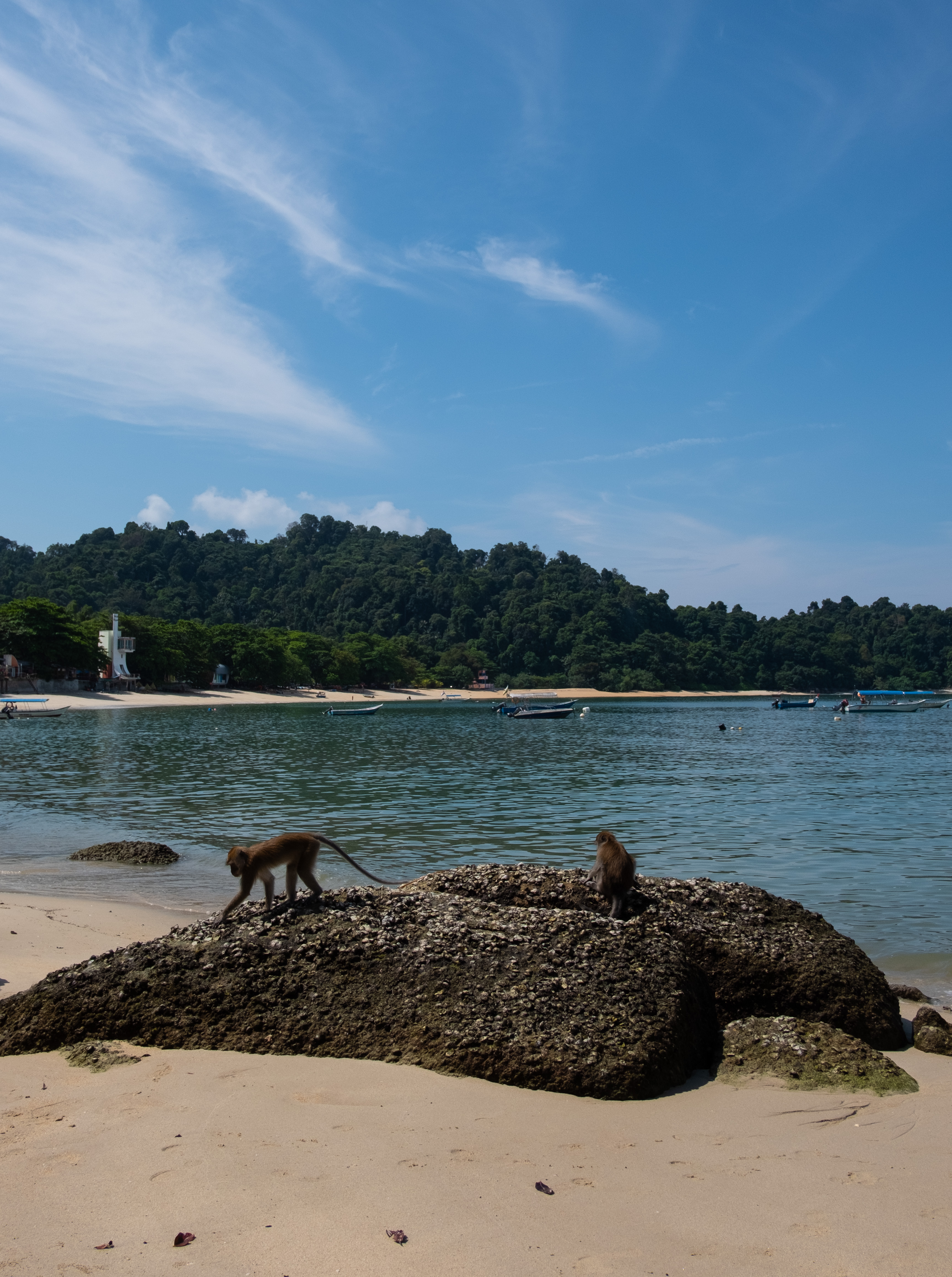 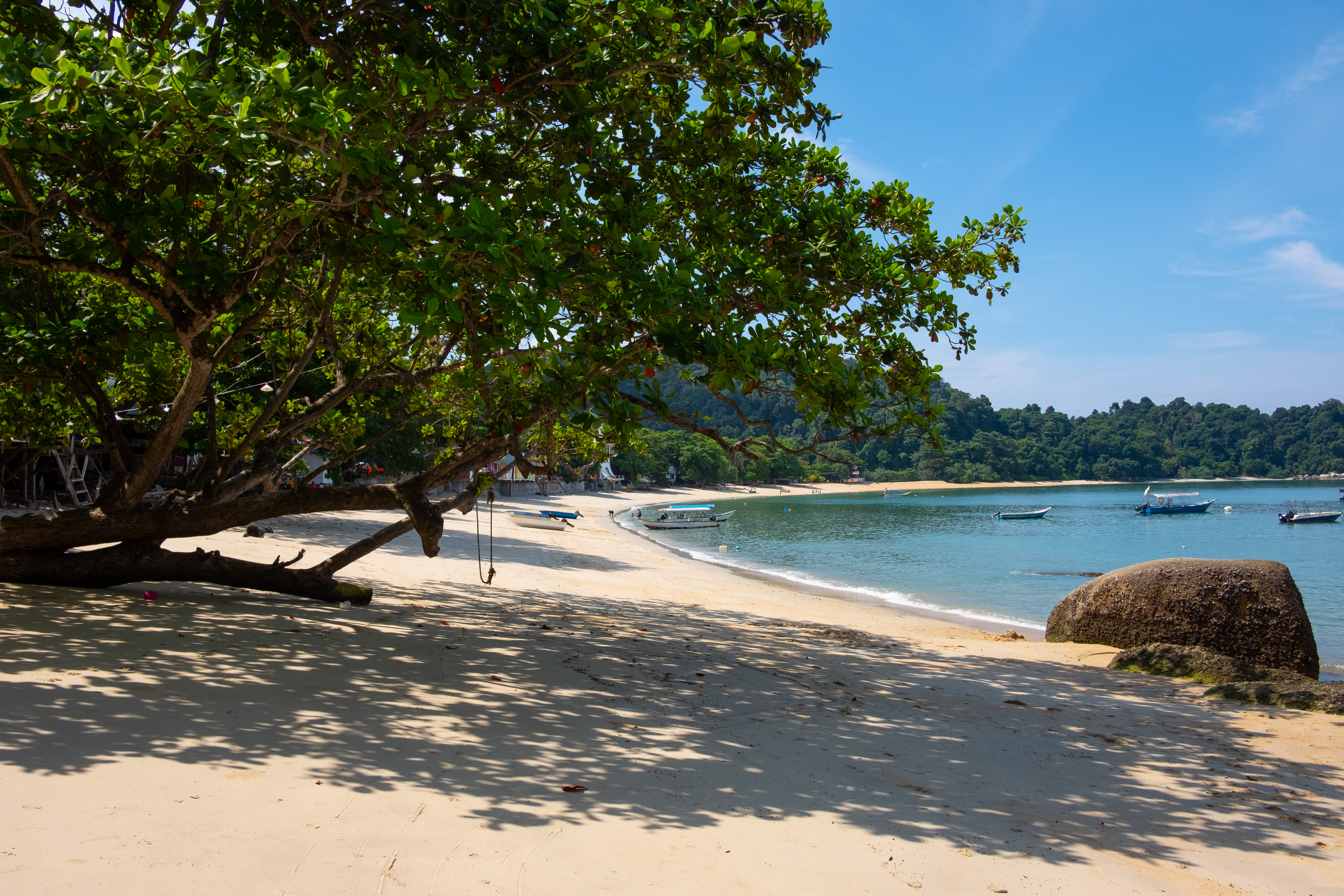 What we totally not had realized when we arrived, is that the island is still lacking the convenience and infrastructure we are used to on the main land. It is normal to find an ATM on every corner for example. Here that is certainly not the case and we ran out of money.. Luckily we found 2 ATMs on google maps, at the harbor we arrived at.. We took this as an opportunity to investigate the town while we were there as we did not have the chance to when we arrived.

The town itself was nice just to walk around in for a while but had nothing special to offer for us spoiled tourists. 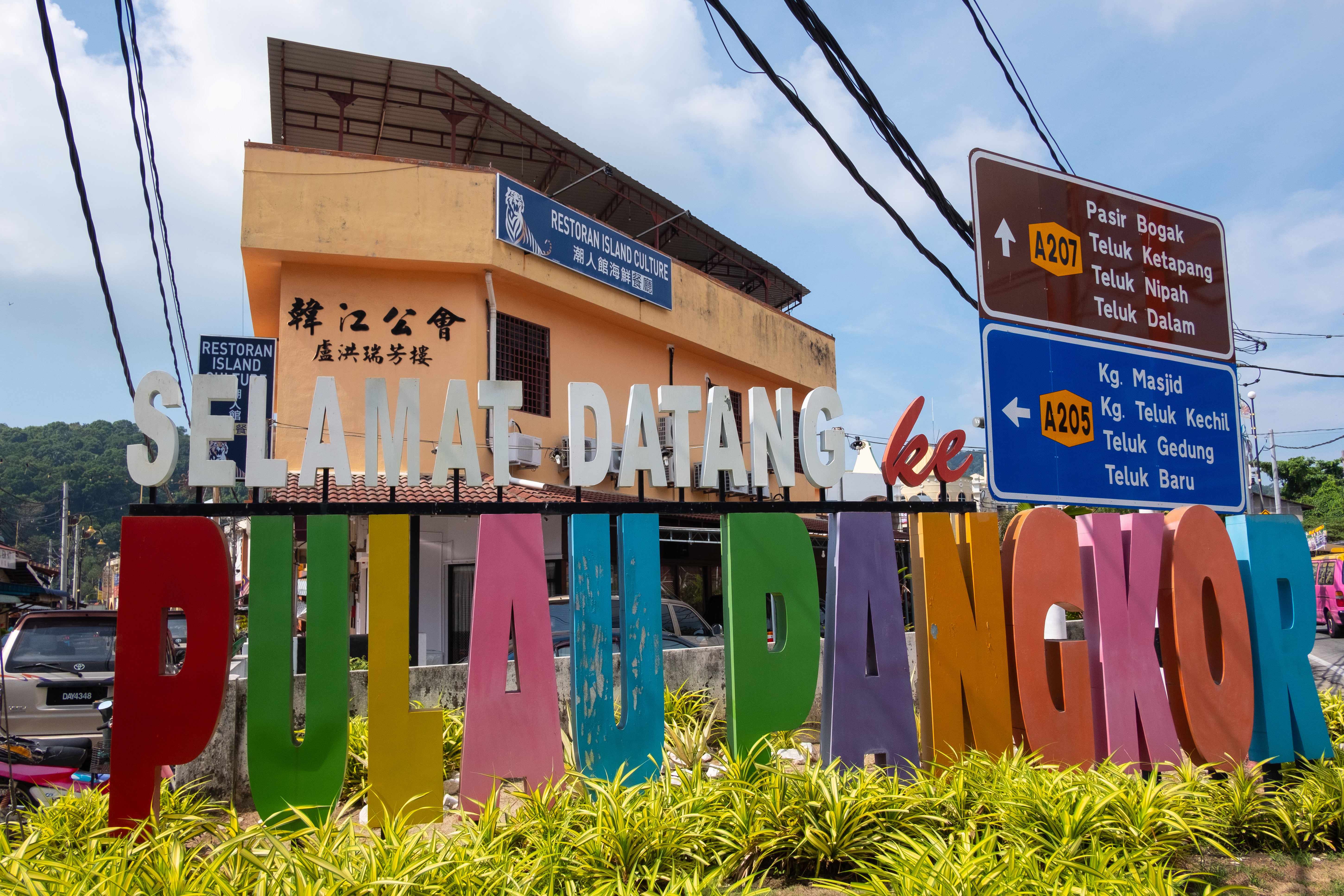 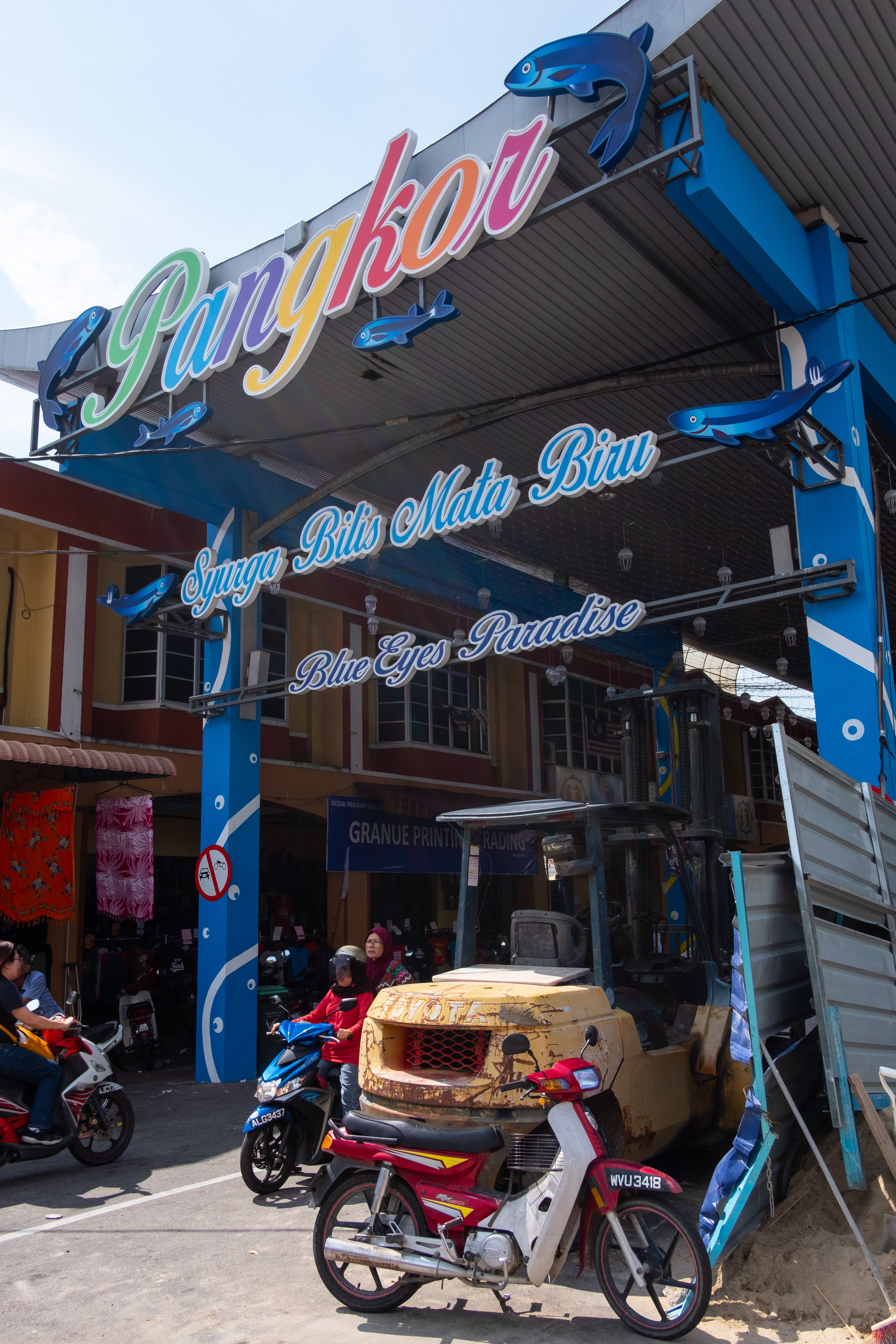 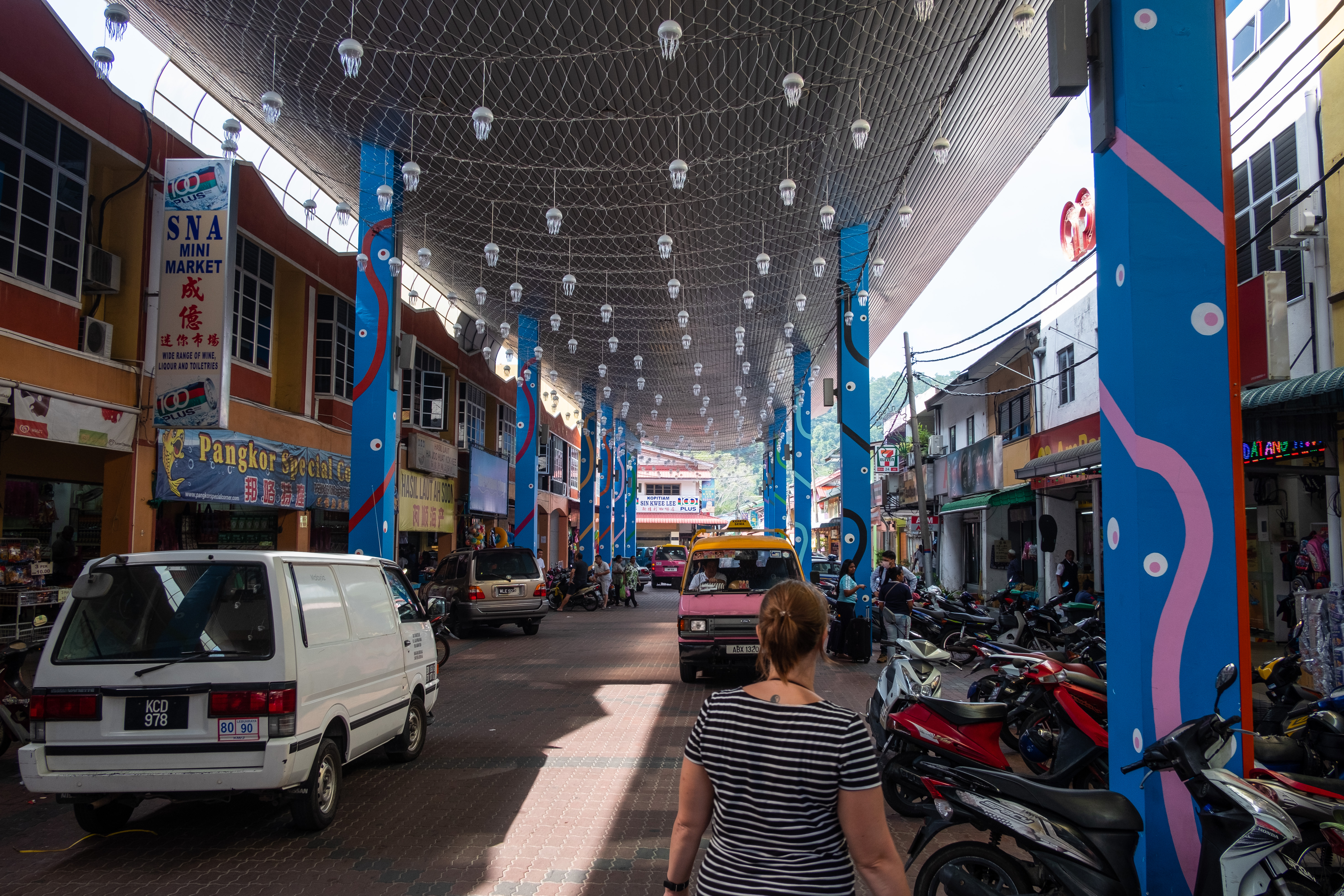 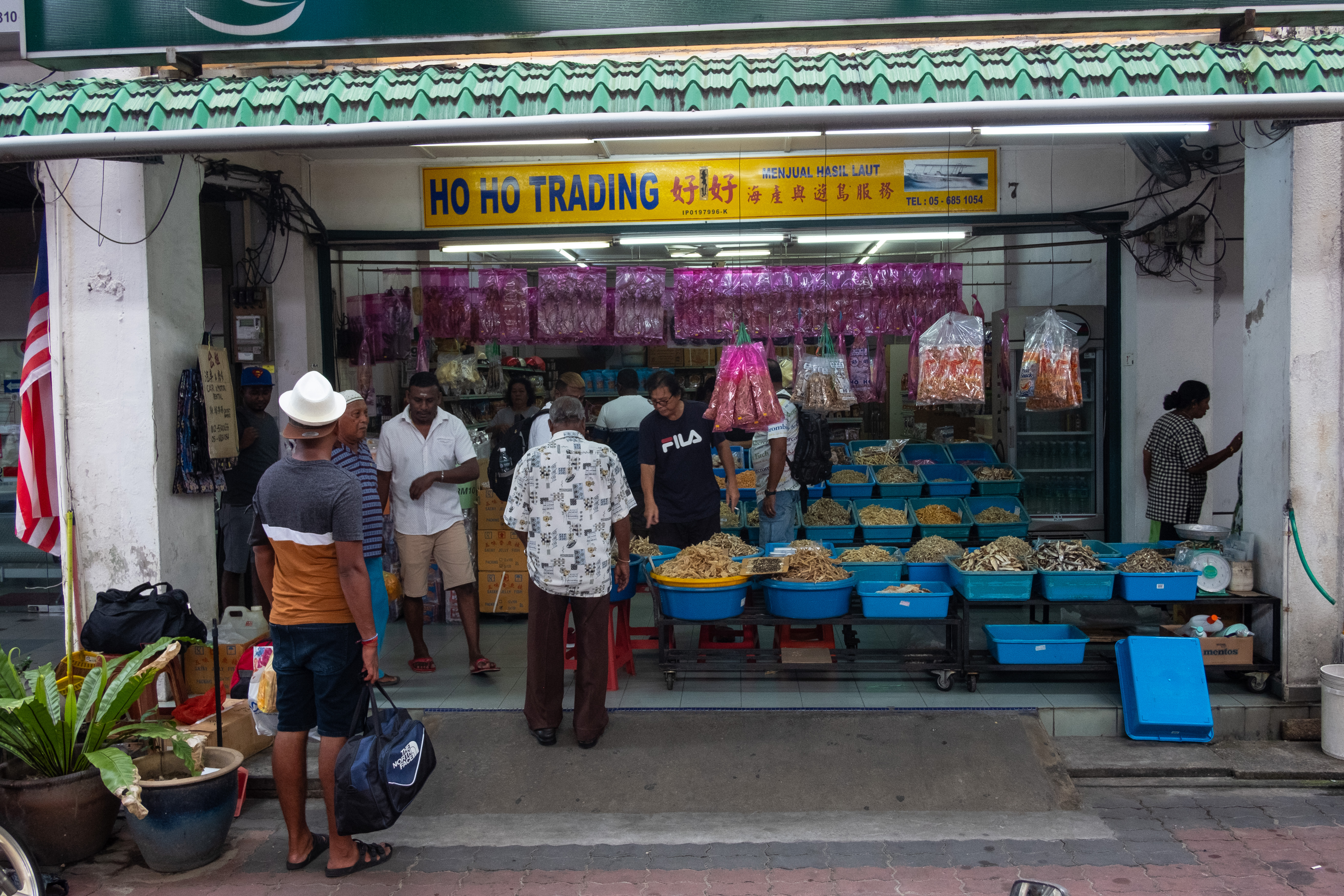 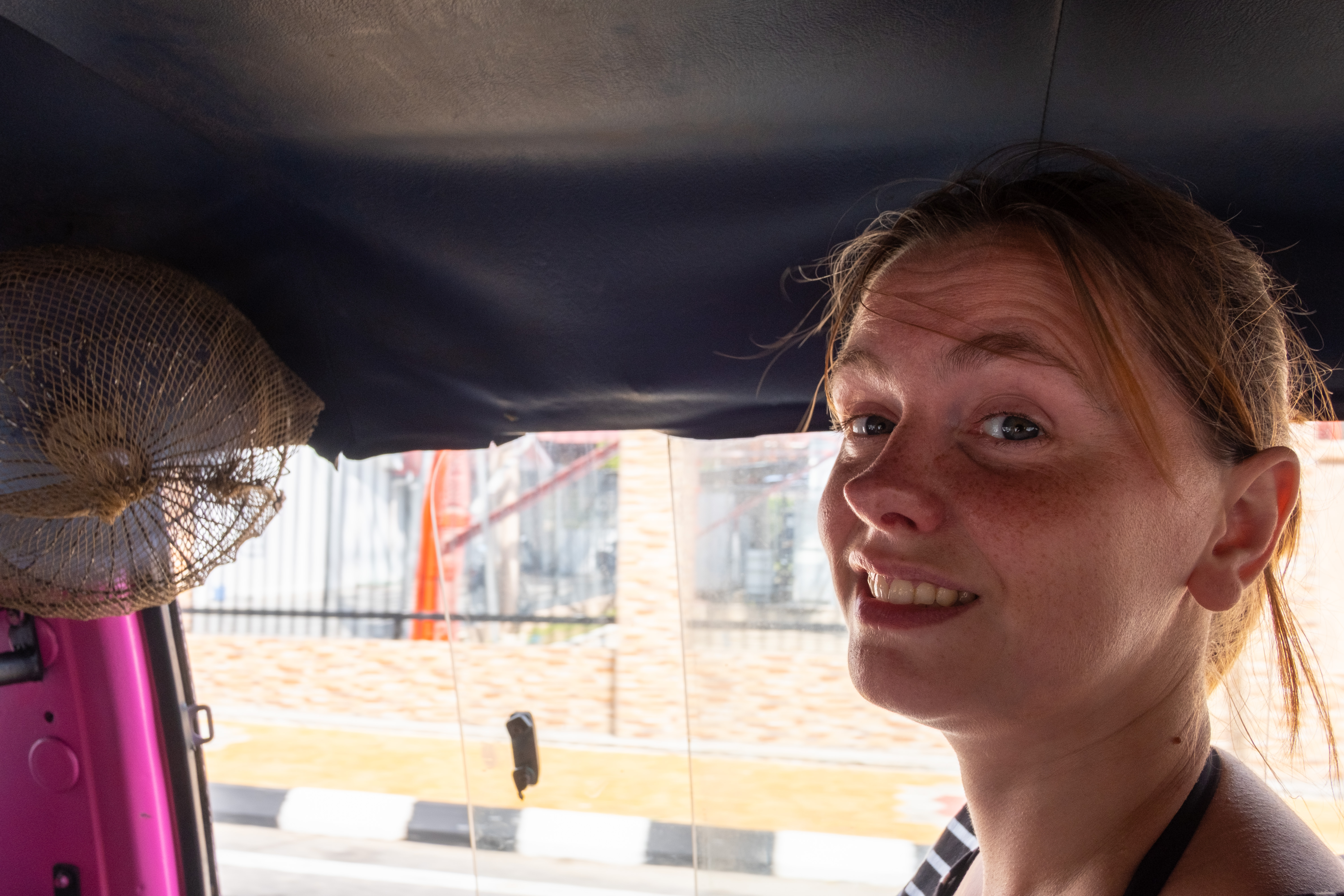 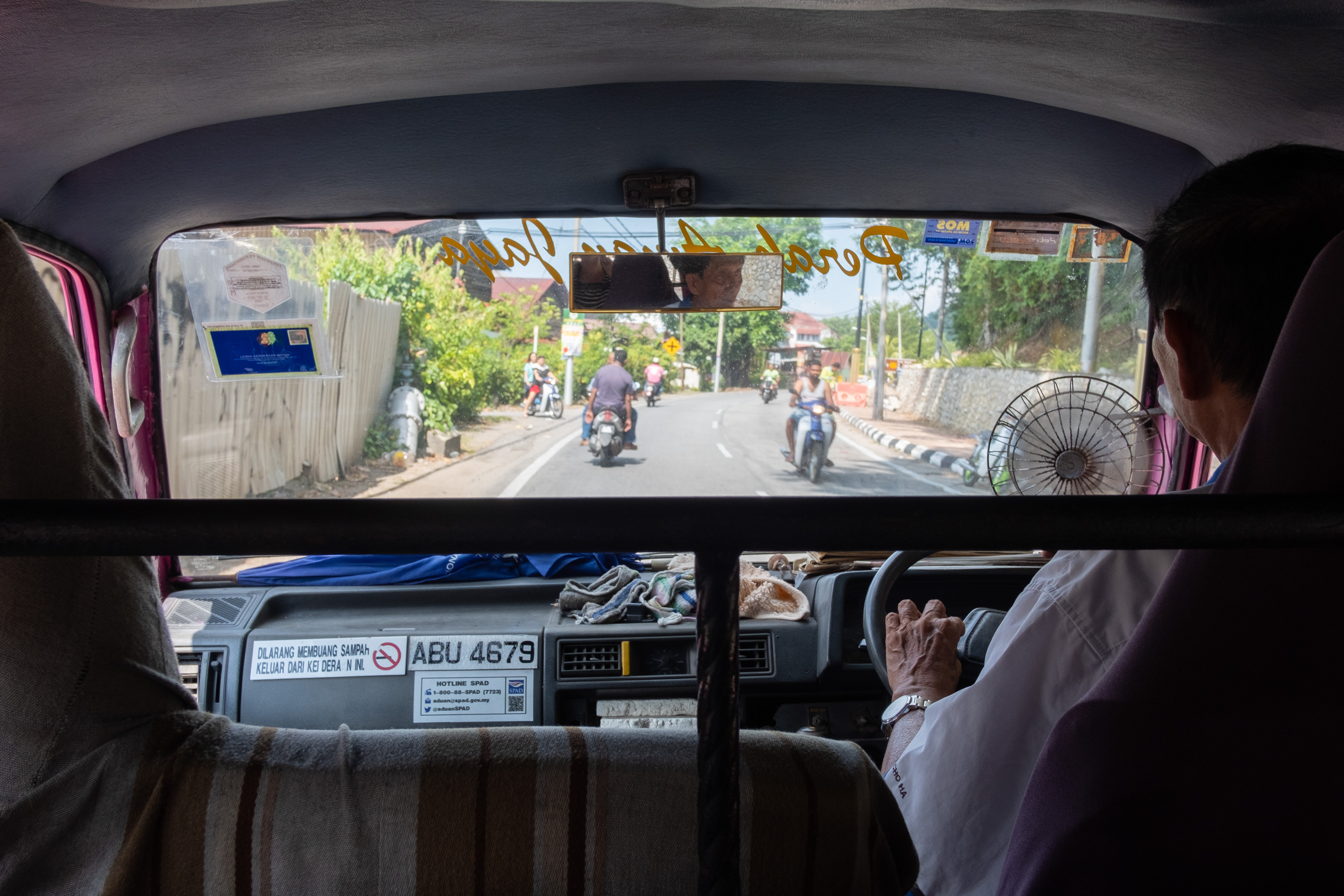 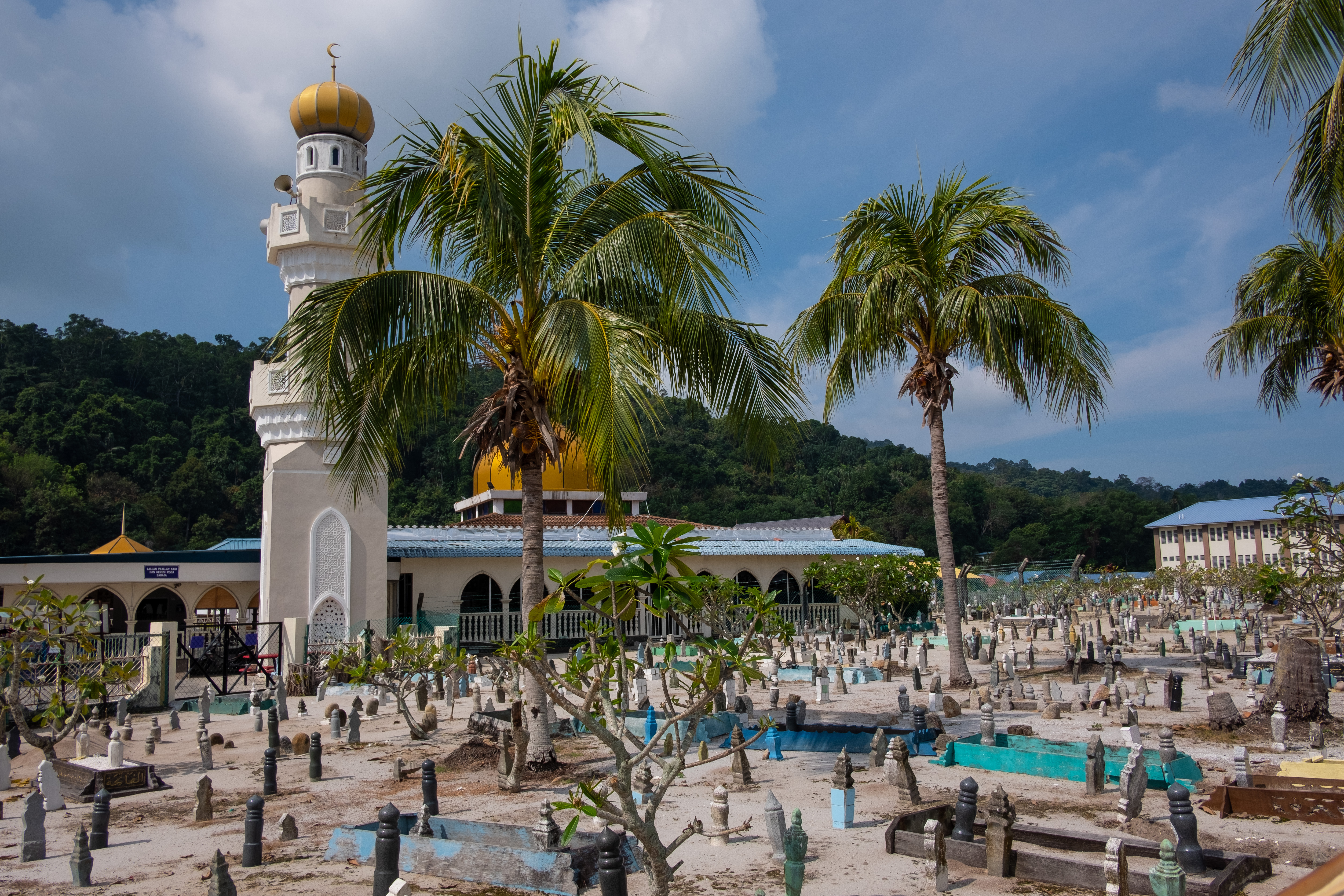 When we returned, we decided to investigate the other beach nearby to our hotel. It turns out his beach is even more beautiful. There we also some nice restaurants right at the beach front so we decided to enjoy dinner there. As you can see the sunsets here are something else. 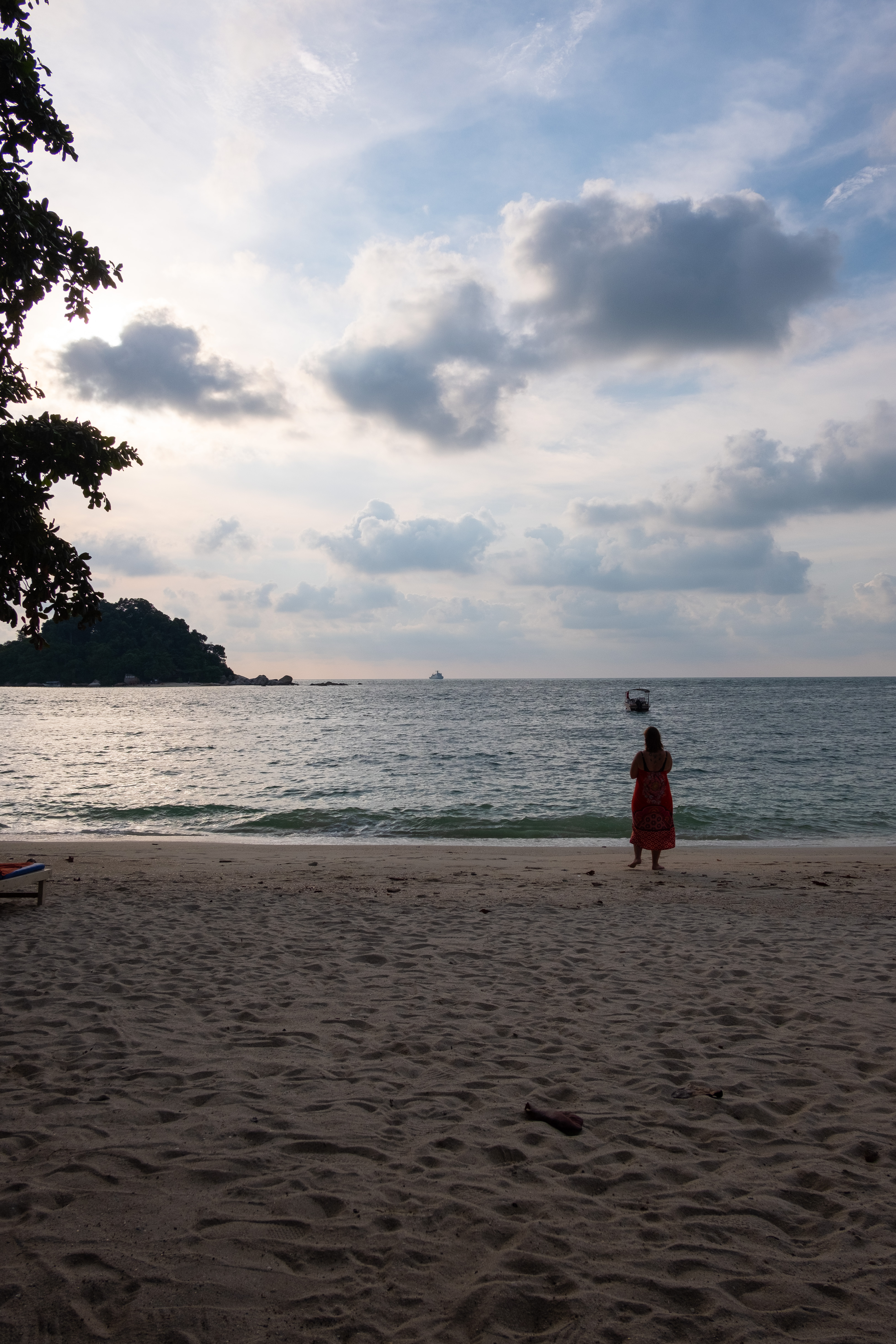 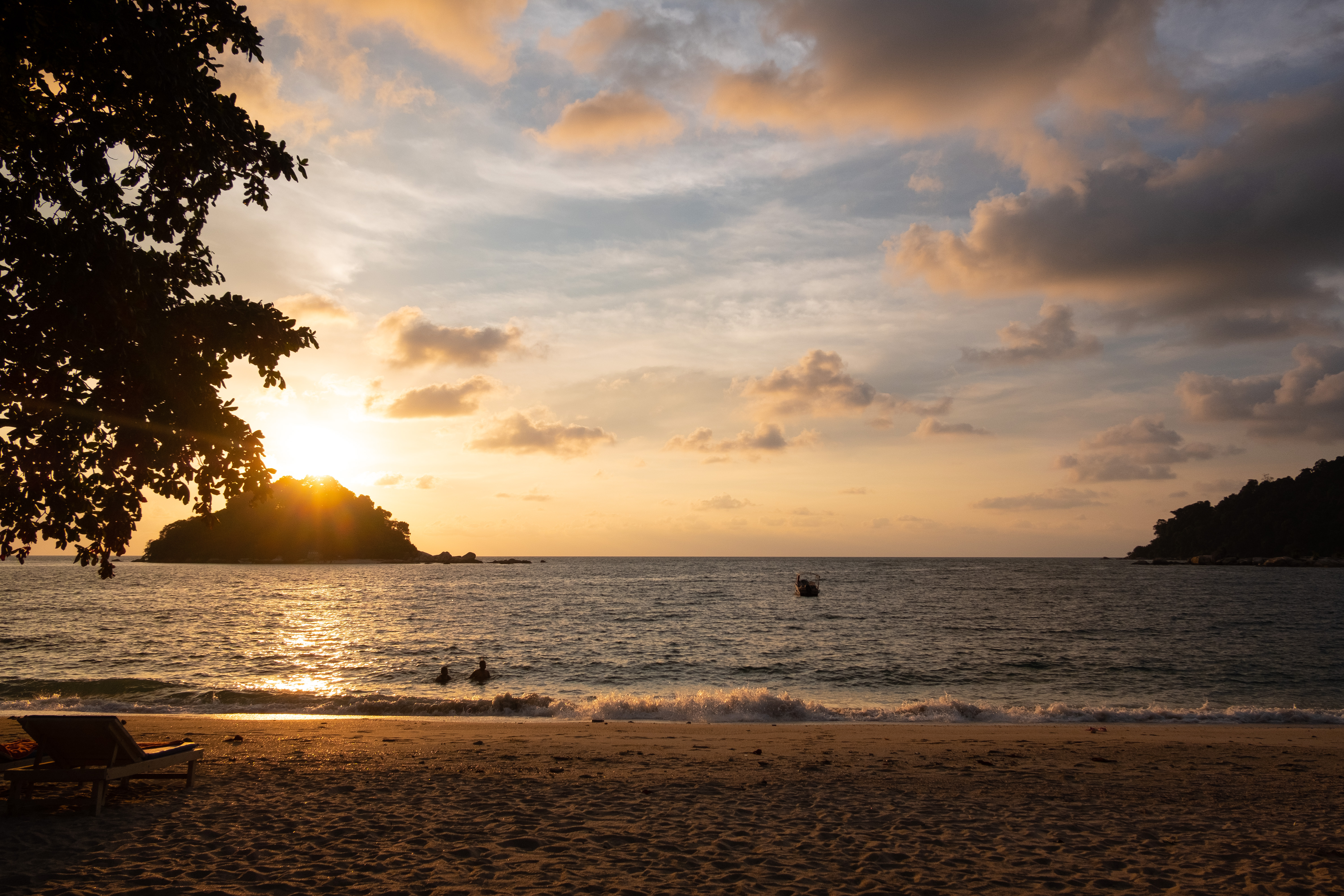 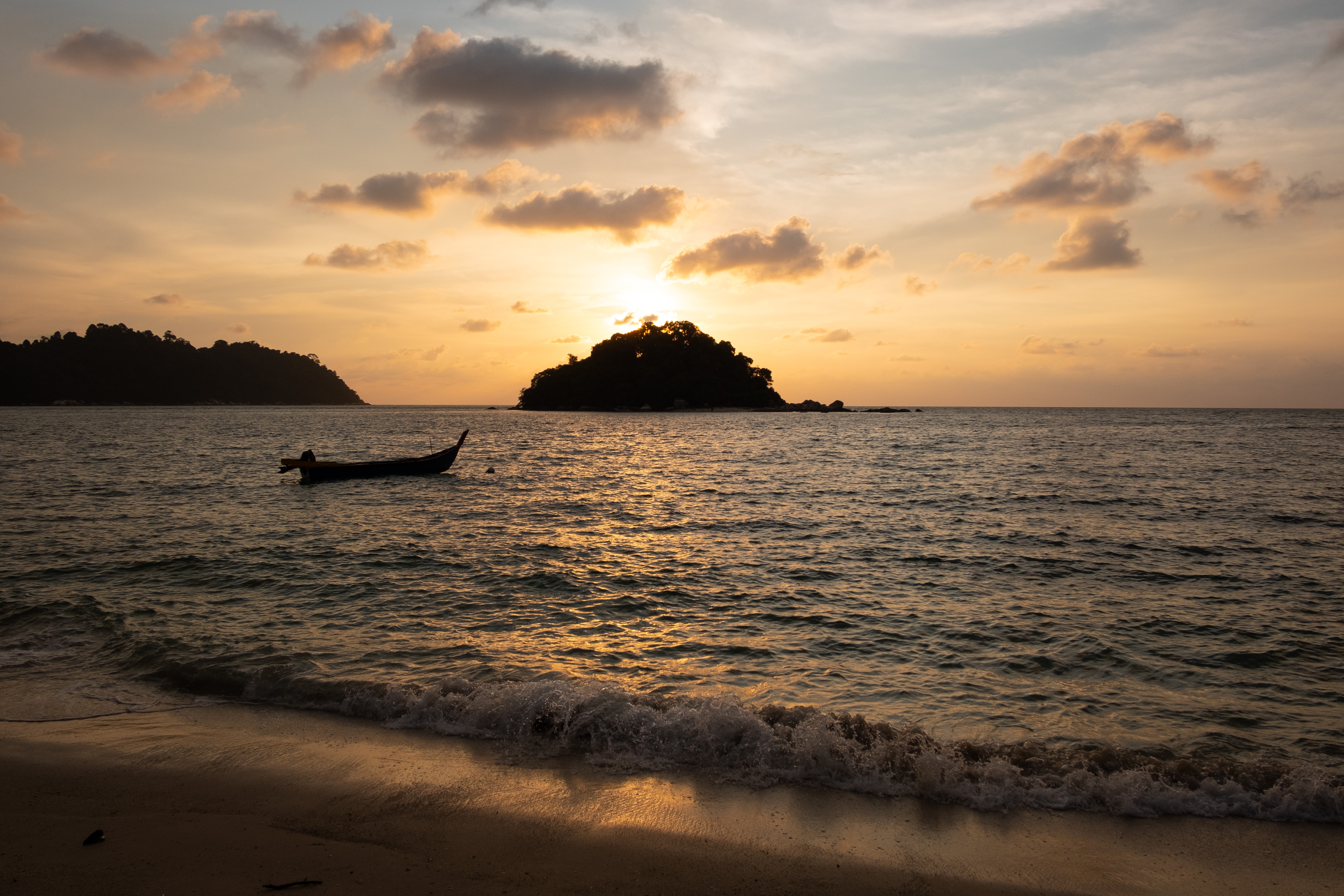 Yeah, we think we’ll be just fine here for a few days. The plan is to stay here for five nights and then head for Penang. Hope to see you again soon! Love, Tim & Ellen