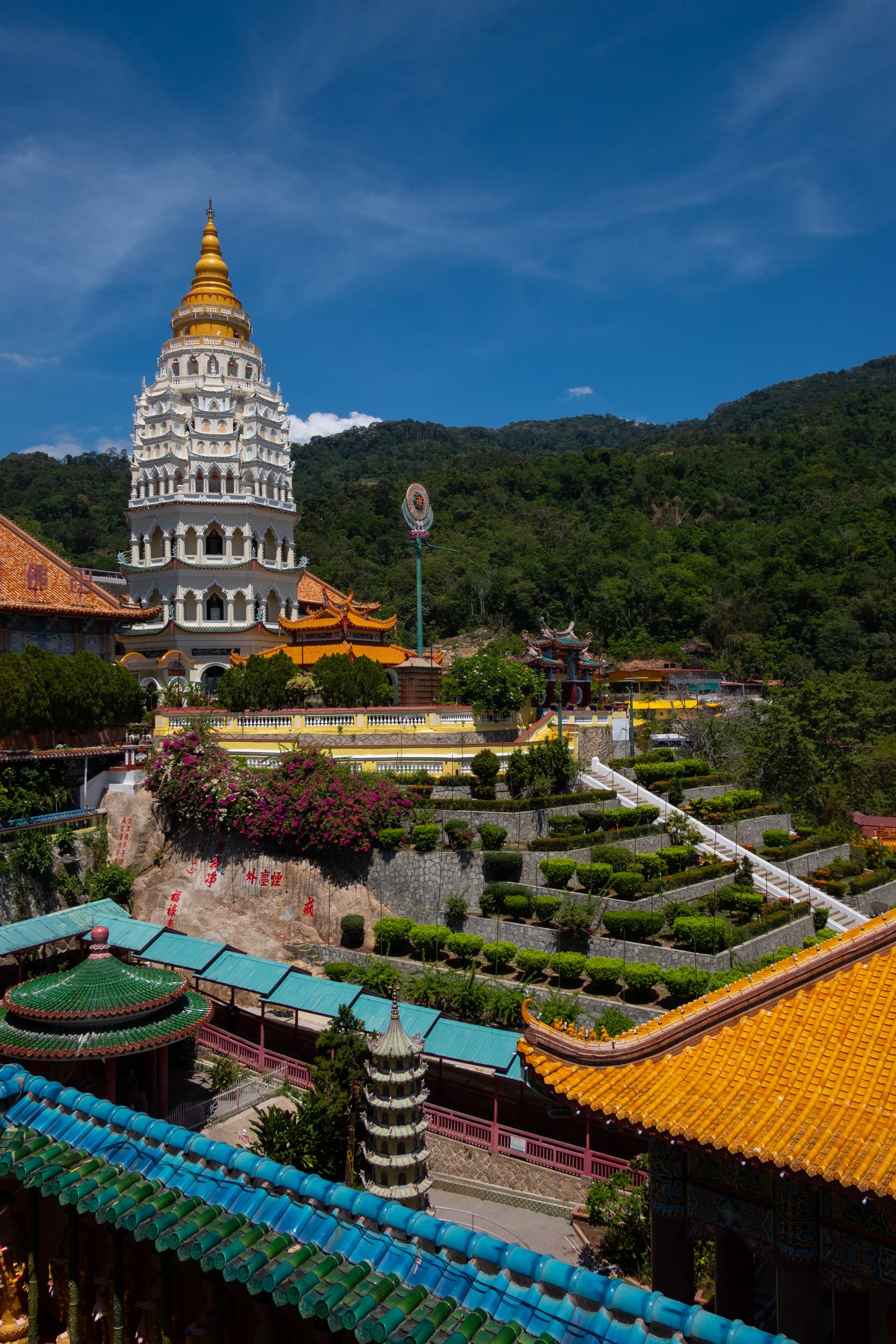 Another day of sightseeing in Penang which started as any other normal day for us. As we mentioned before we came to Penang for mainly three things, food, street art and the temples. Little did we know that later that night things would change quite a bit.

We started the day by visiting the biggest Buddhist temple of Malaysia, which is called, Kek Lok Si Temple and is located just south of George Town. When we arrived, we immediately noticed the enormous statue of Guan Yin towering above the complex.

Like other temples the entrance was free, apart from a vertical lift taking you to the Guan Yin statue itself, which costs 6 ringgit for a return ticket. We decided to go one way and walk back. After visiting the Guan Yin Statue, which was closed to enter as it was still partially under construction, we climbed the 6 story pagona in the middle of the temple.

Walking through the entire complex took roughly 2 hours as there was plenty to things to see. A lot of the buildings and statues looked brand new. What was even more perplexing was that apparently the complex was not big enough. There was still a lot of construction going on and you could buy roof tiles and write your name on them to help the temple to raise more funds. 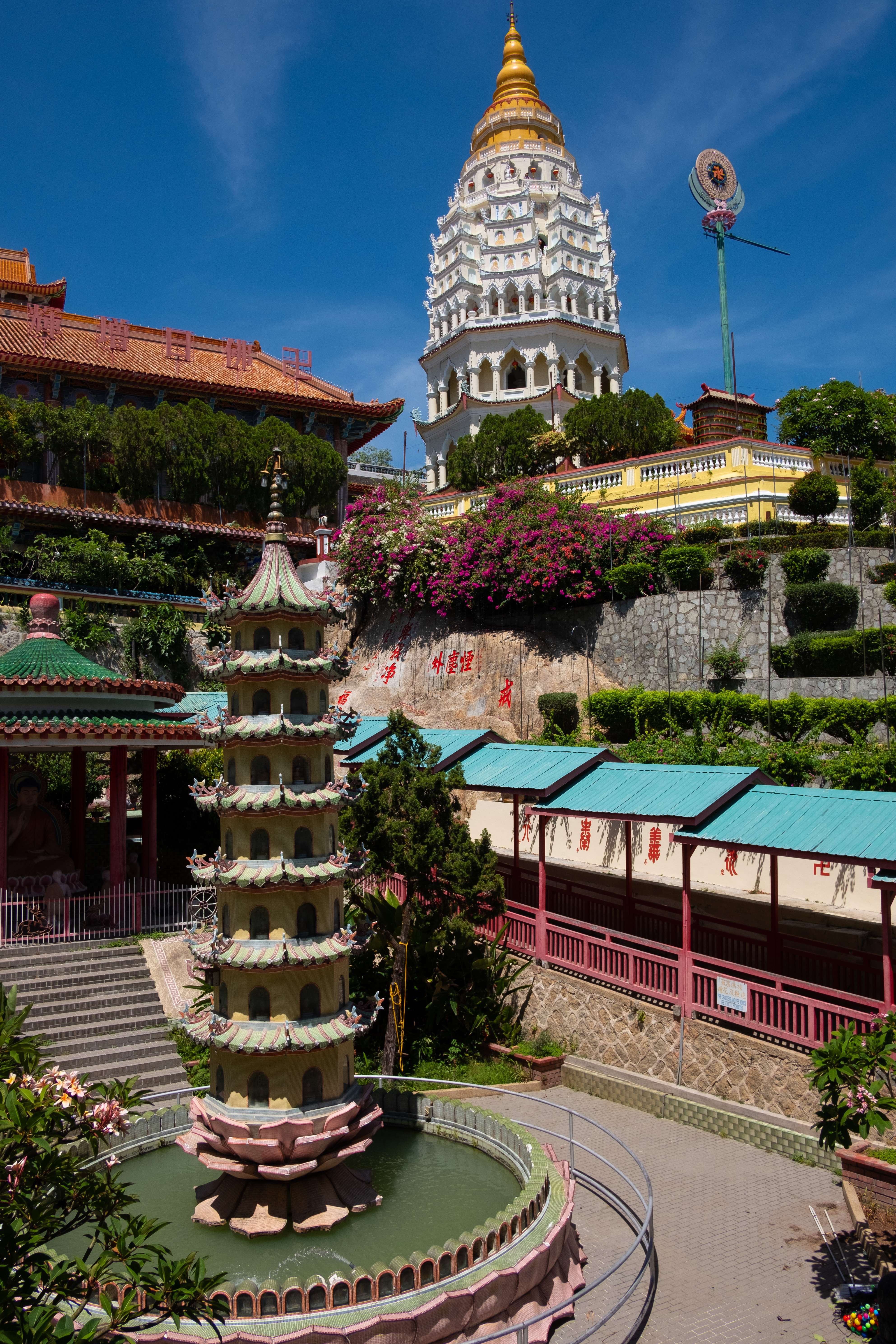 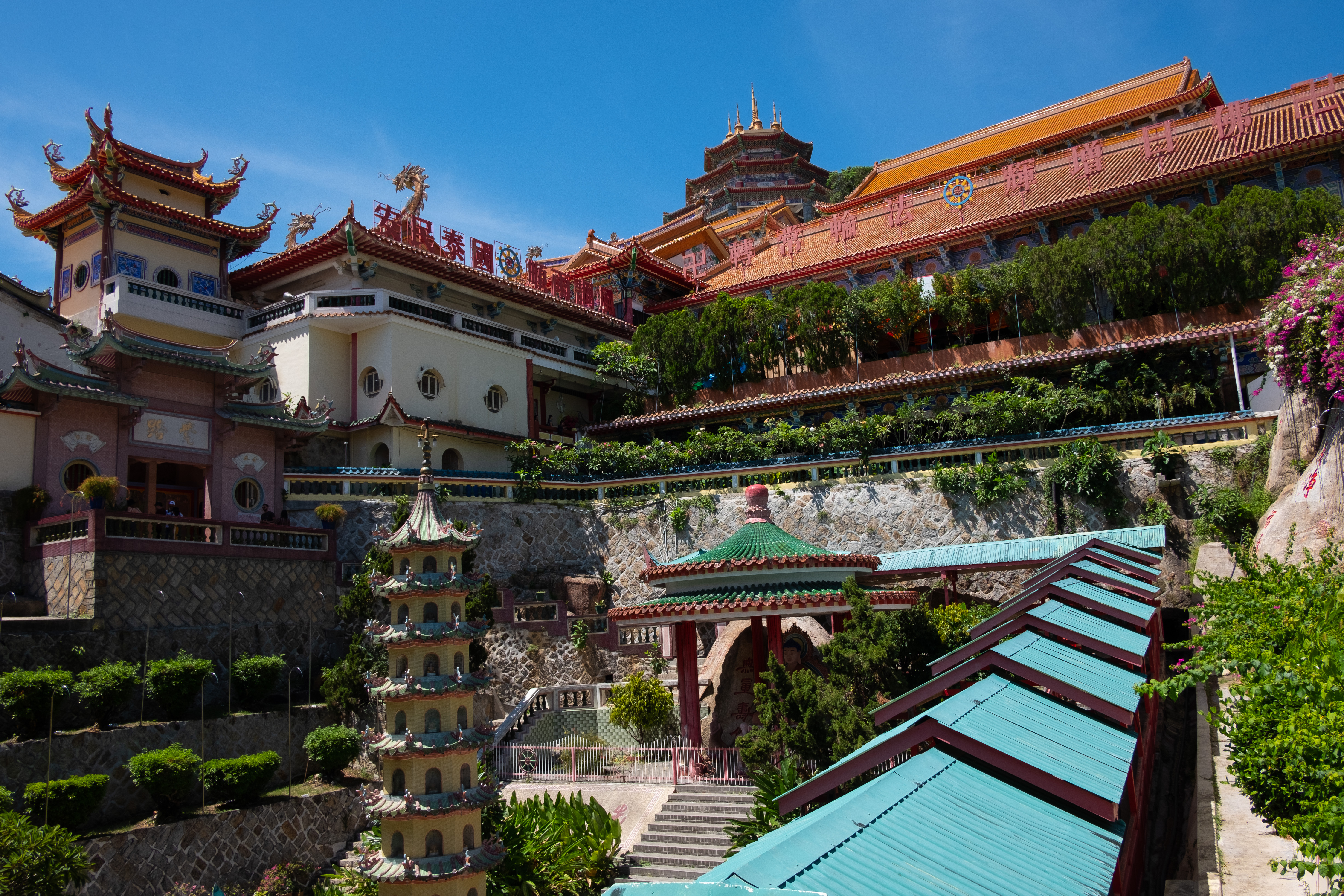 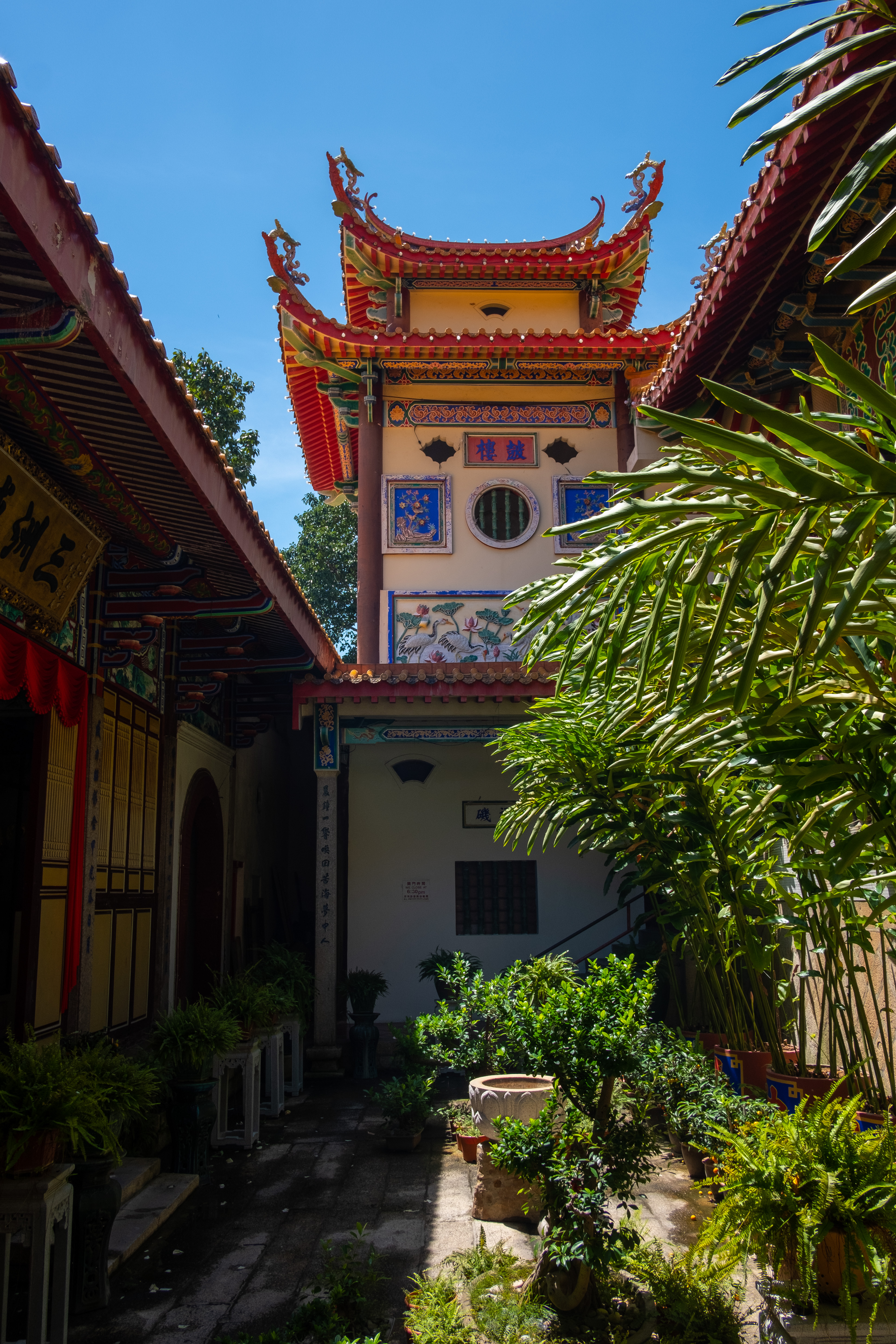 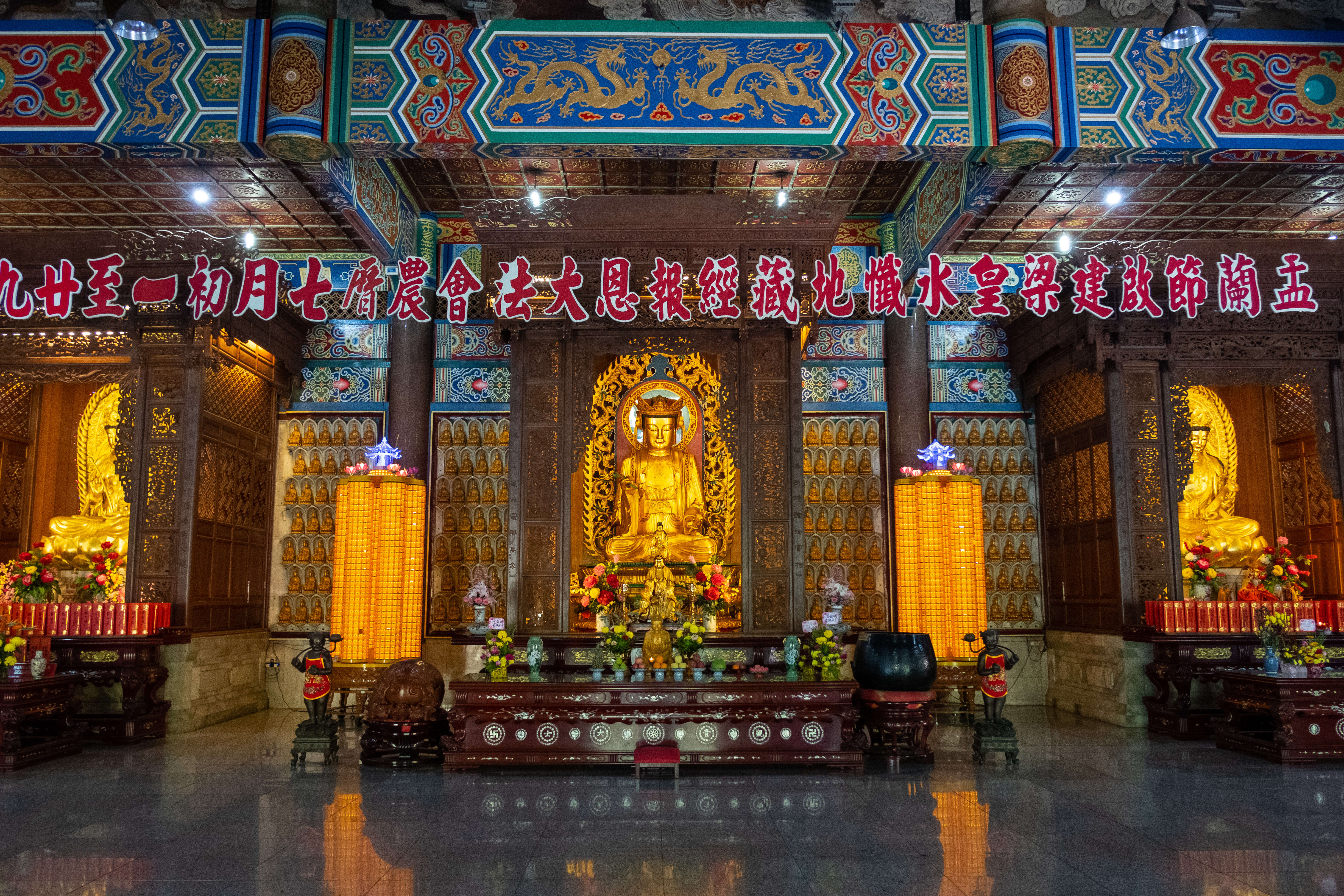 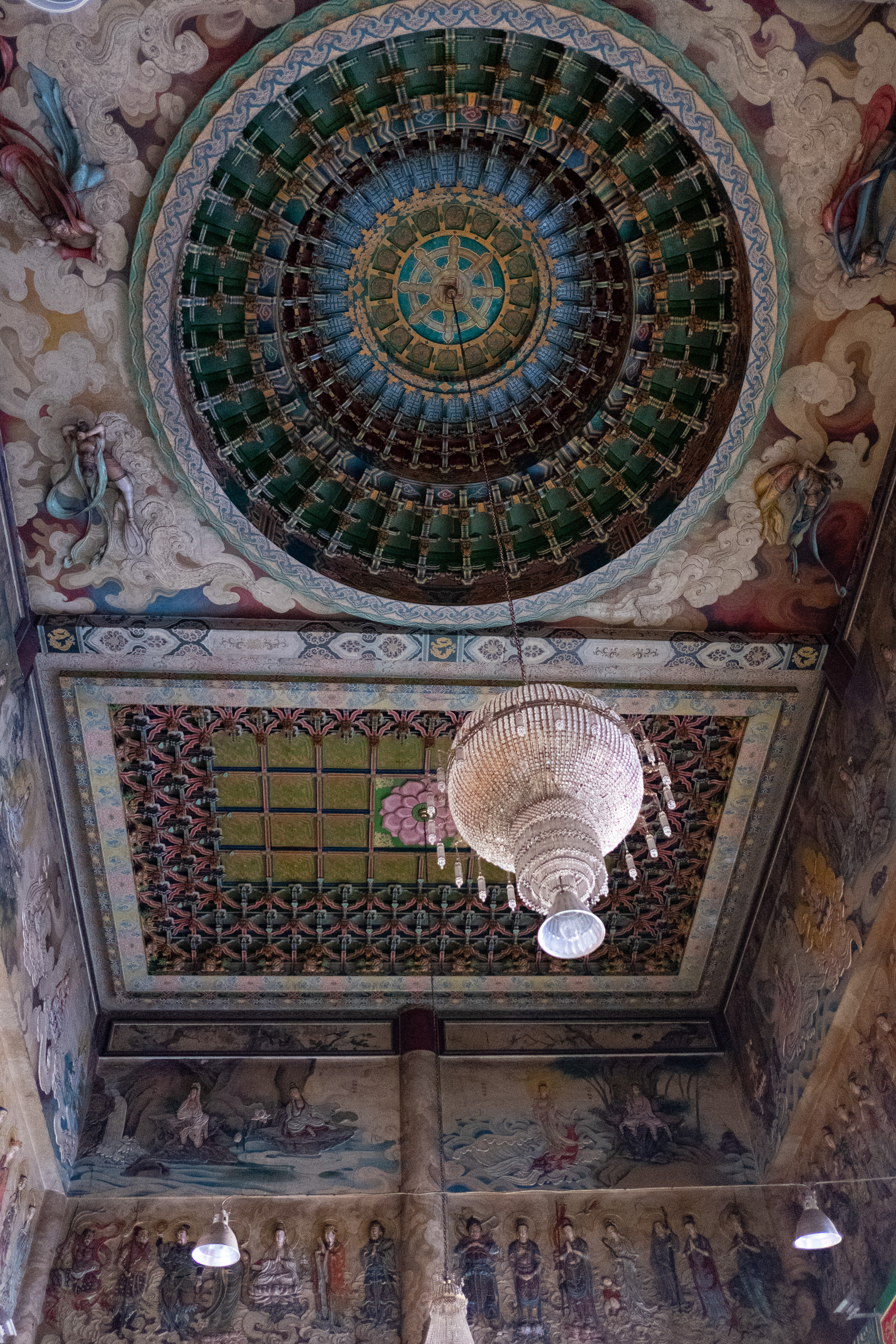 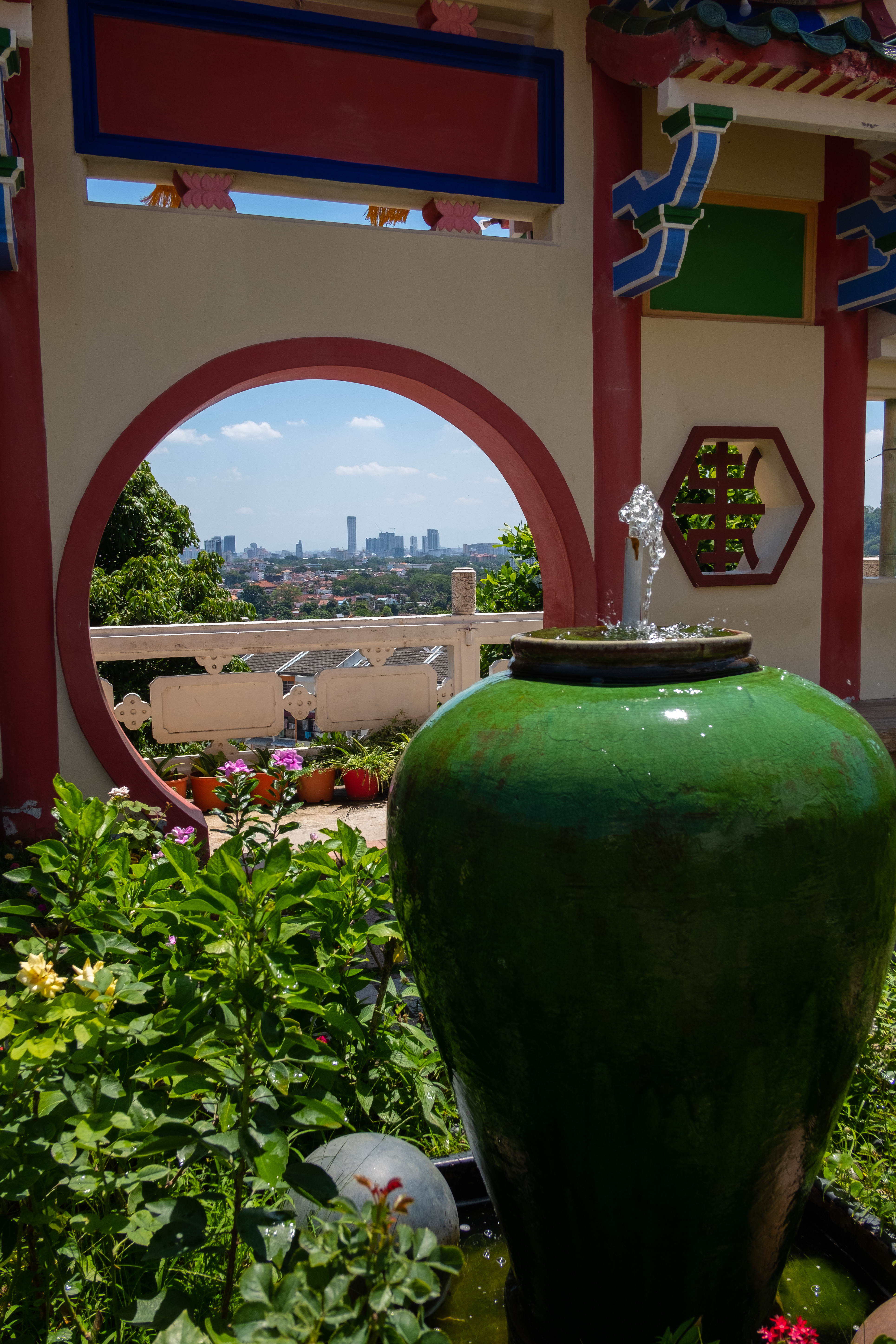 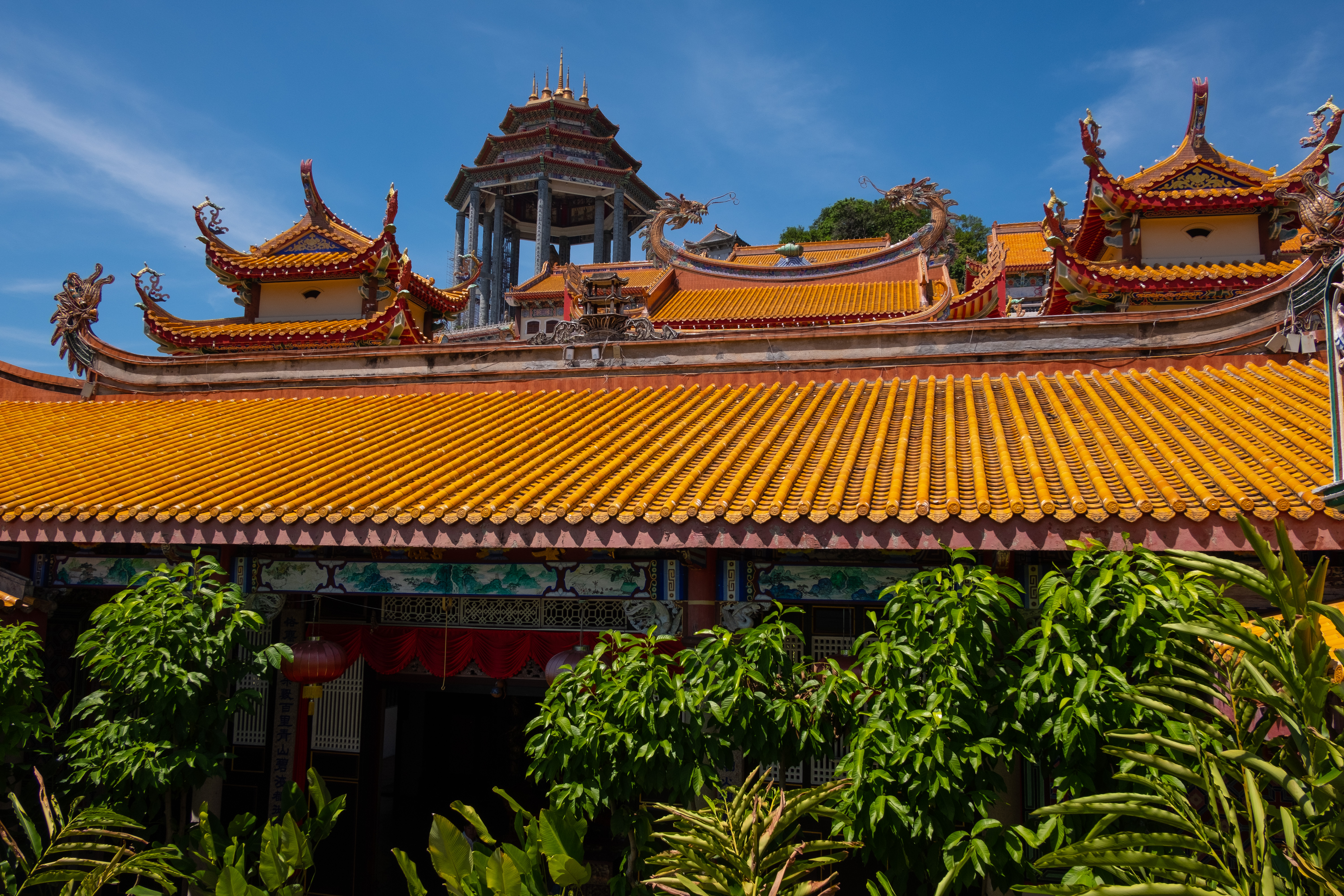 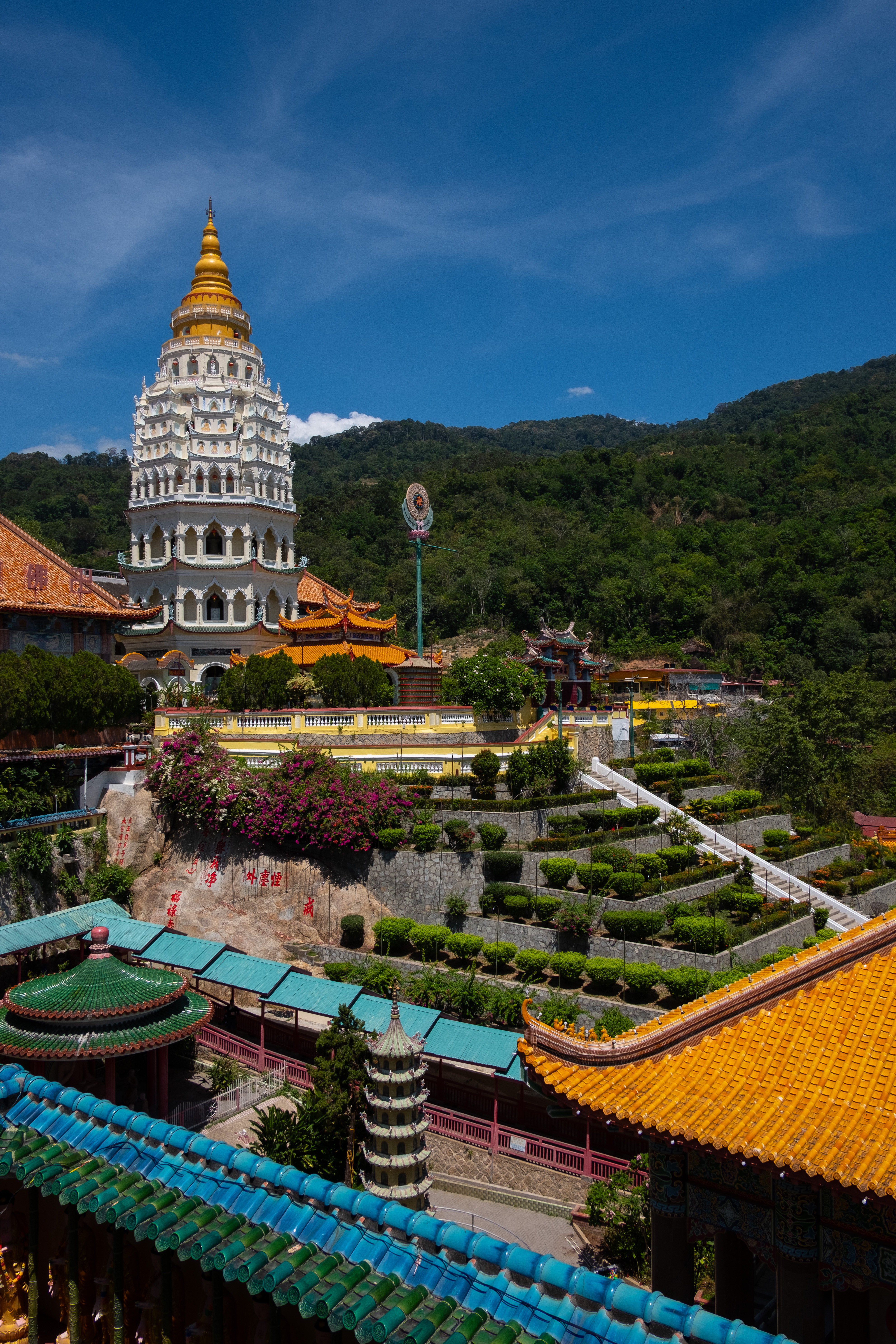 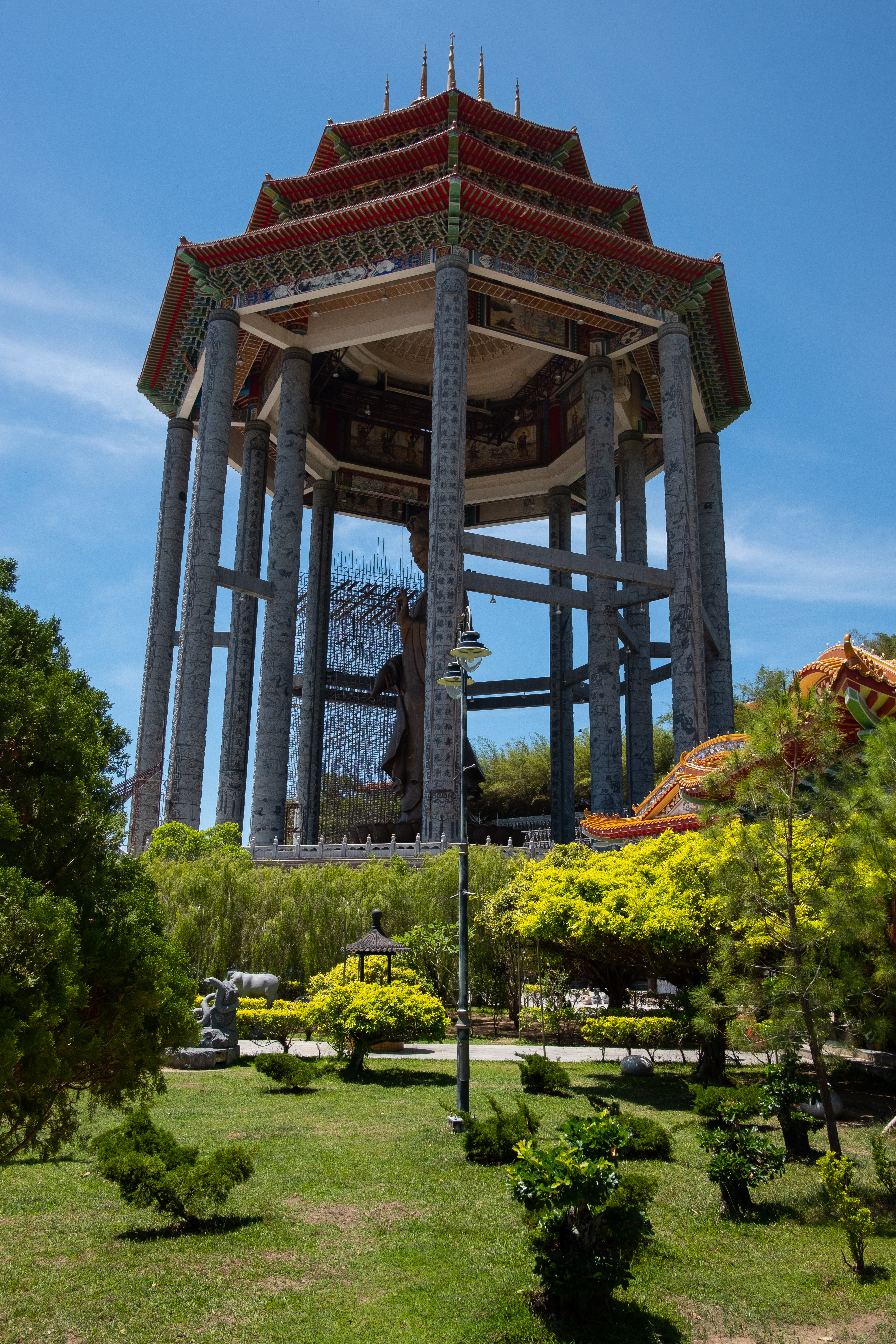 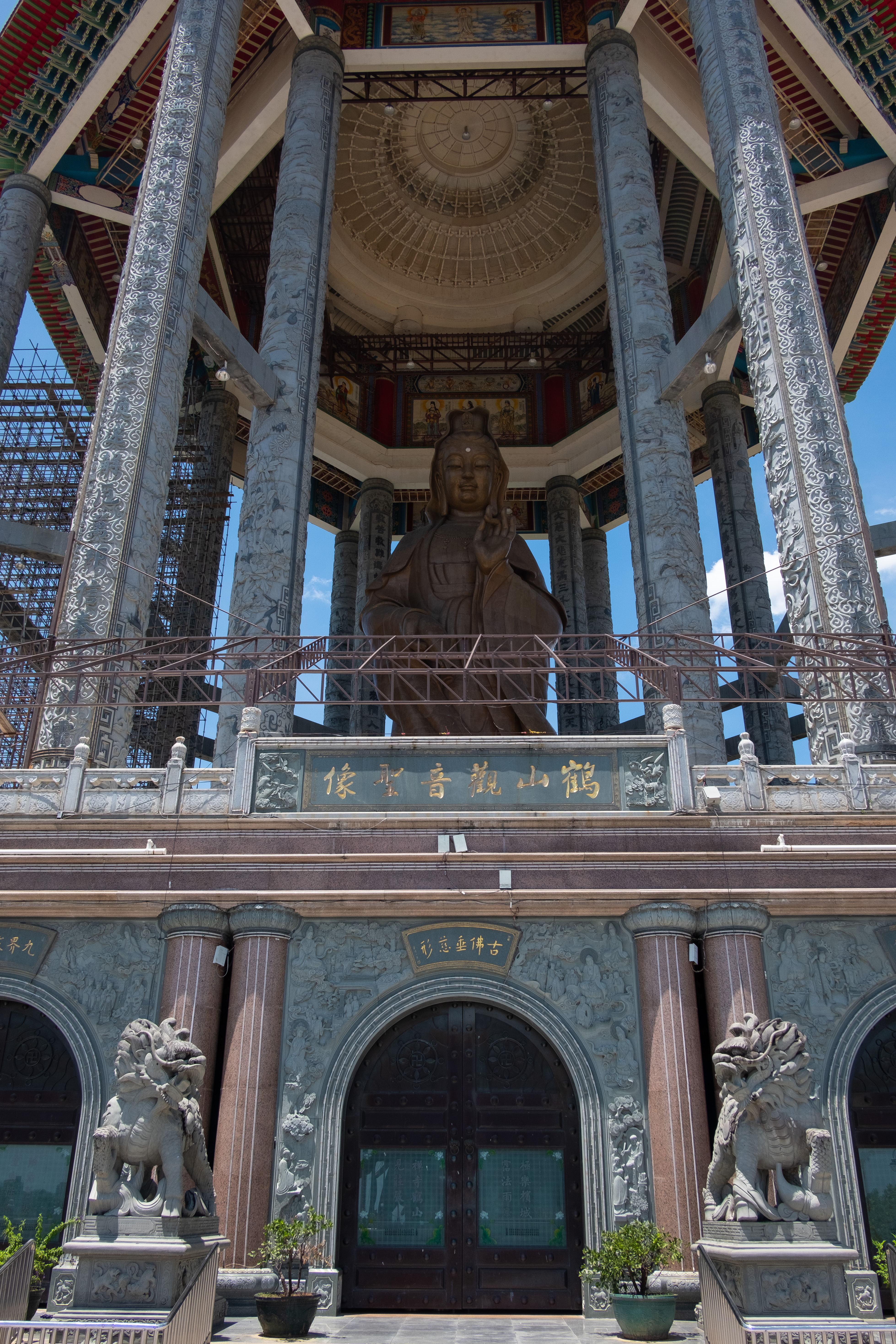 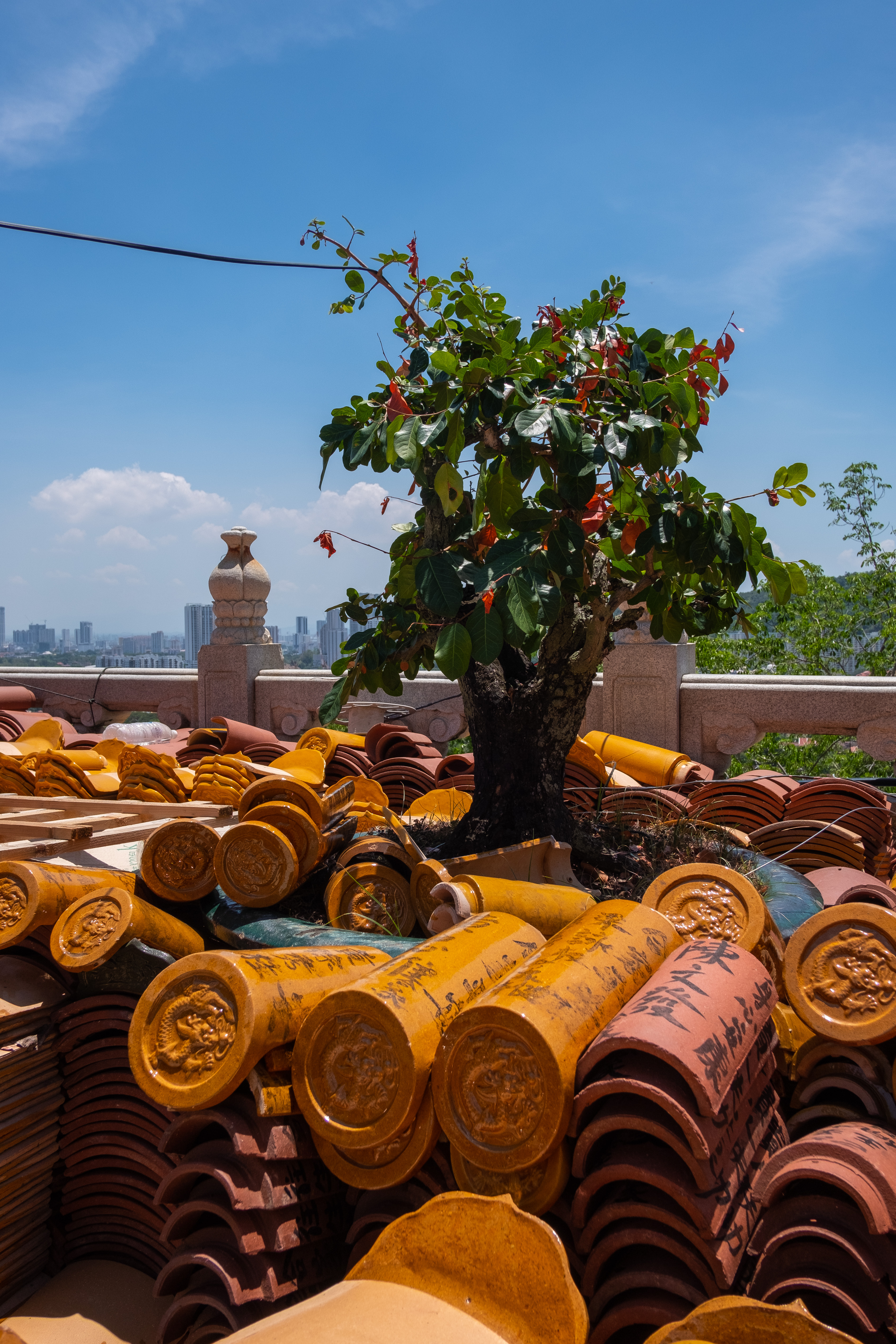 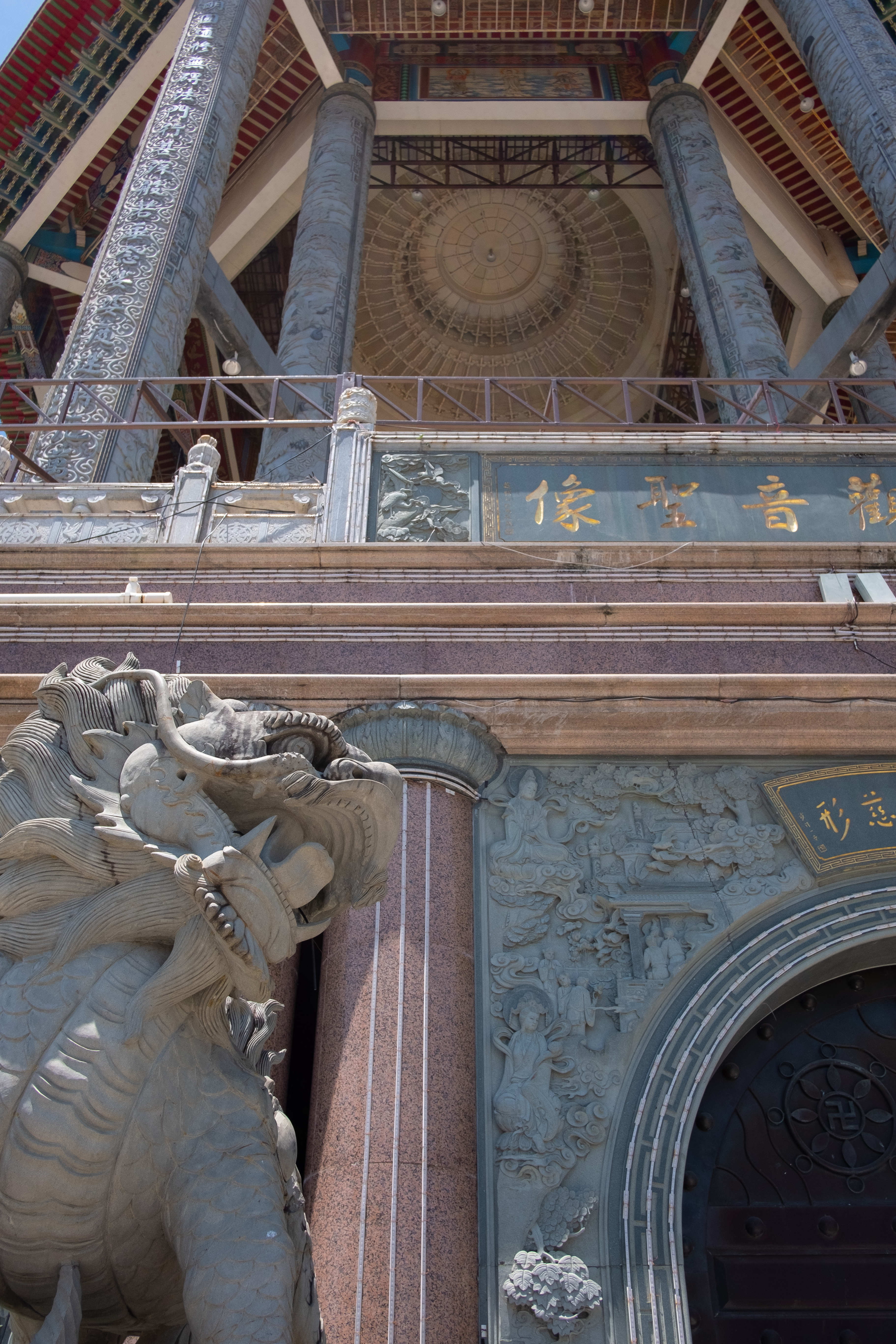 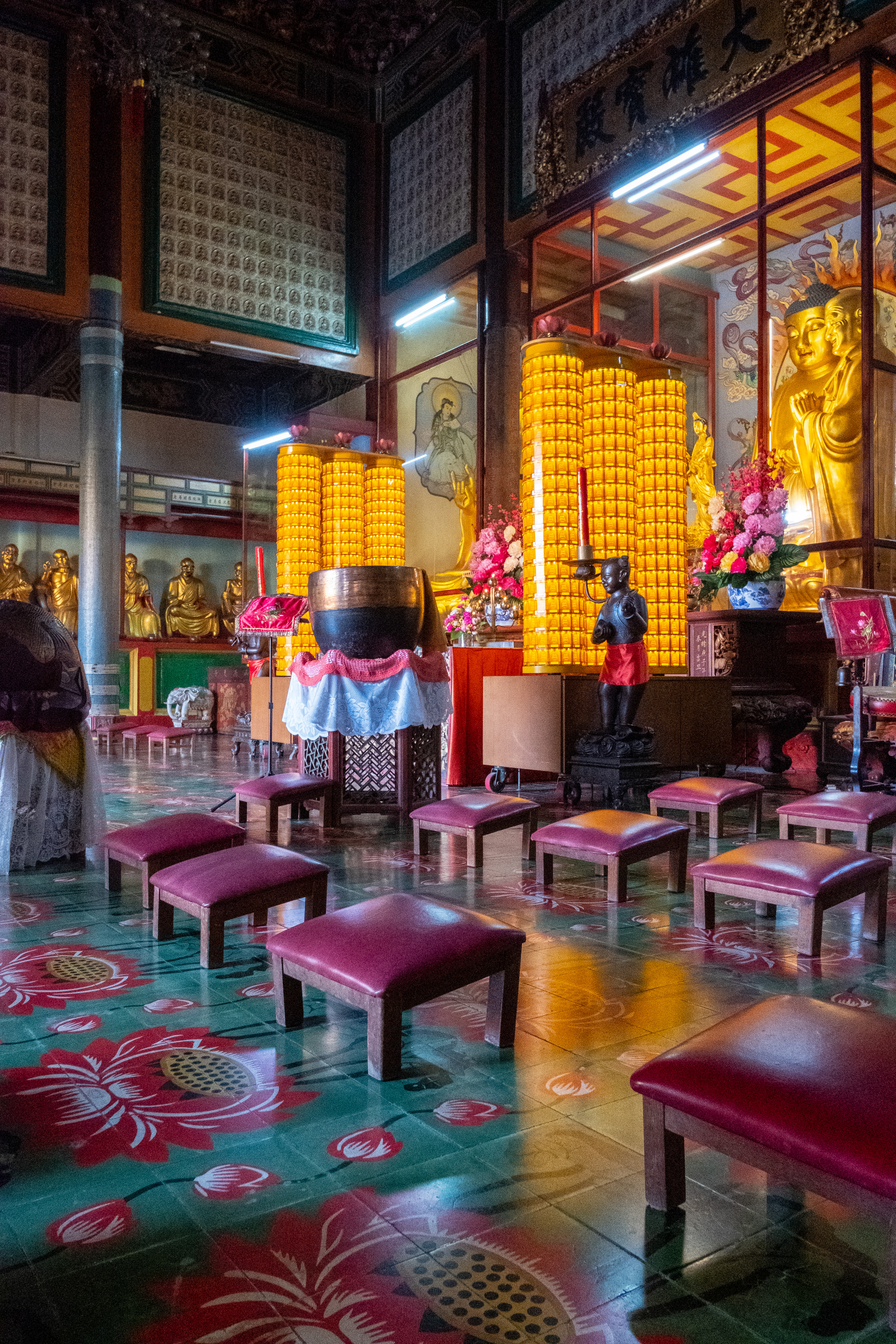 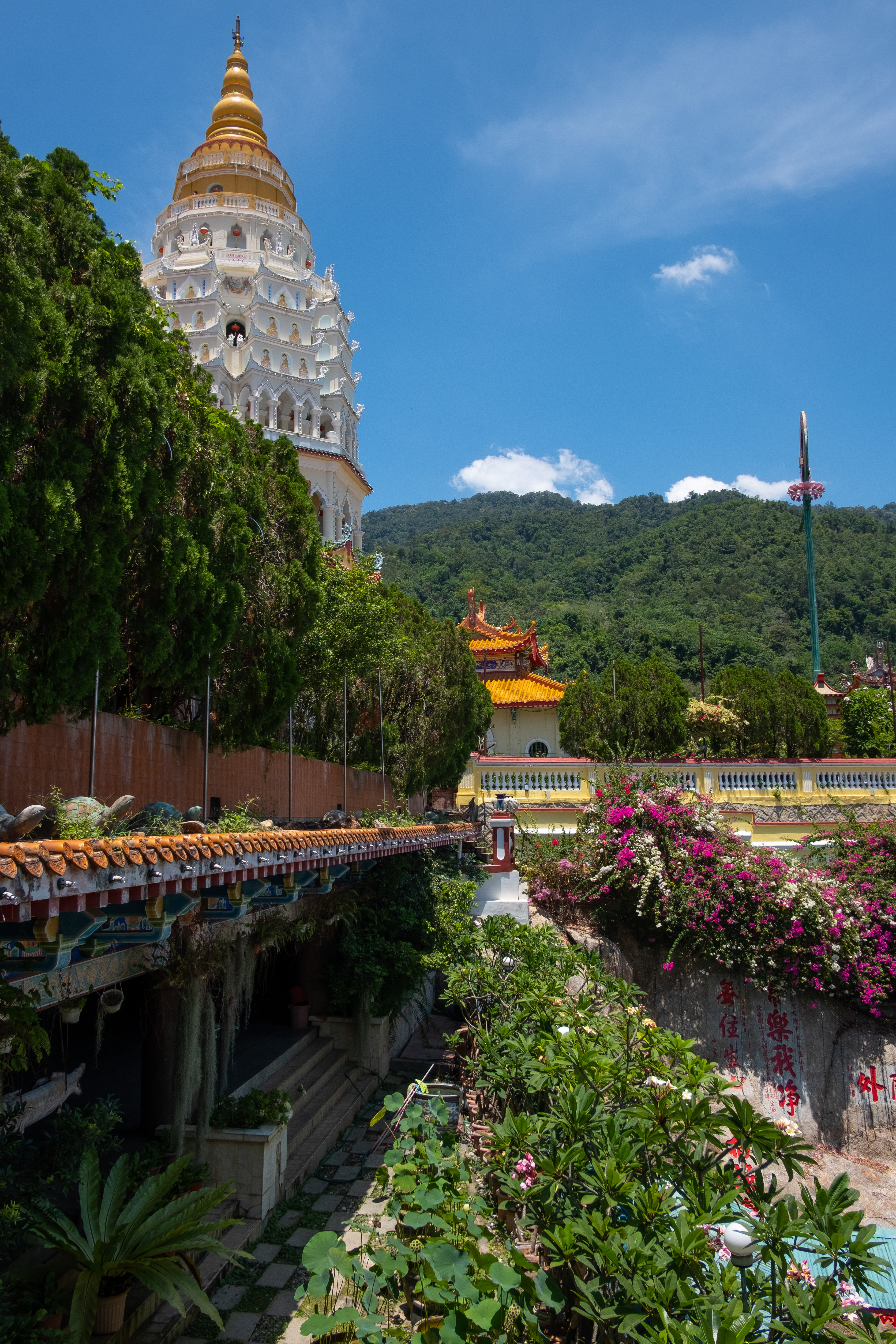 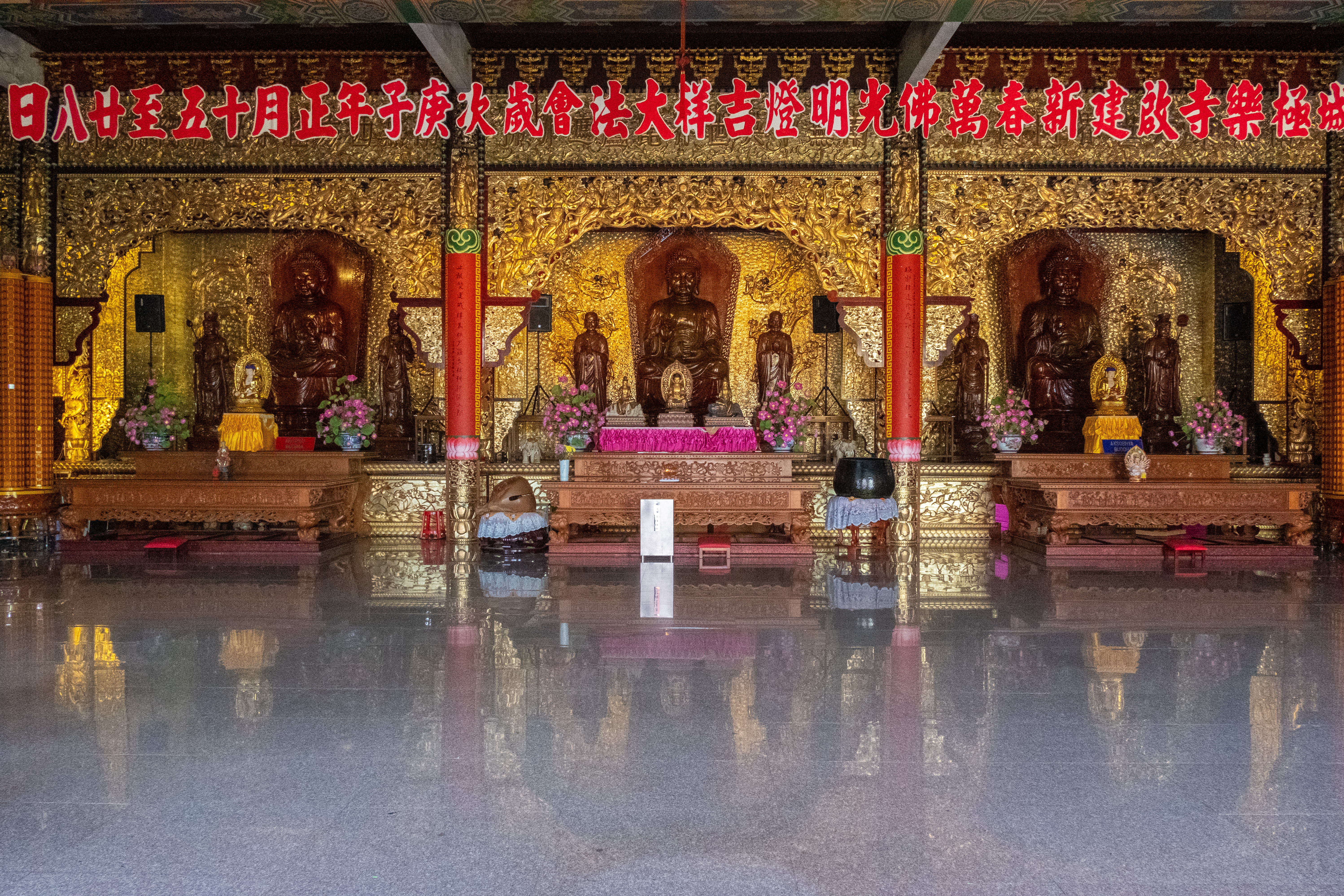 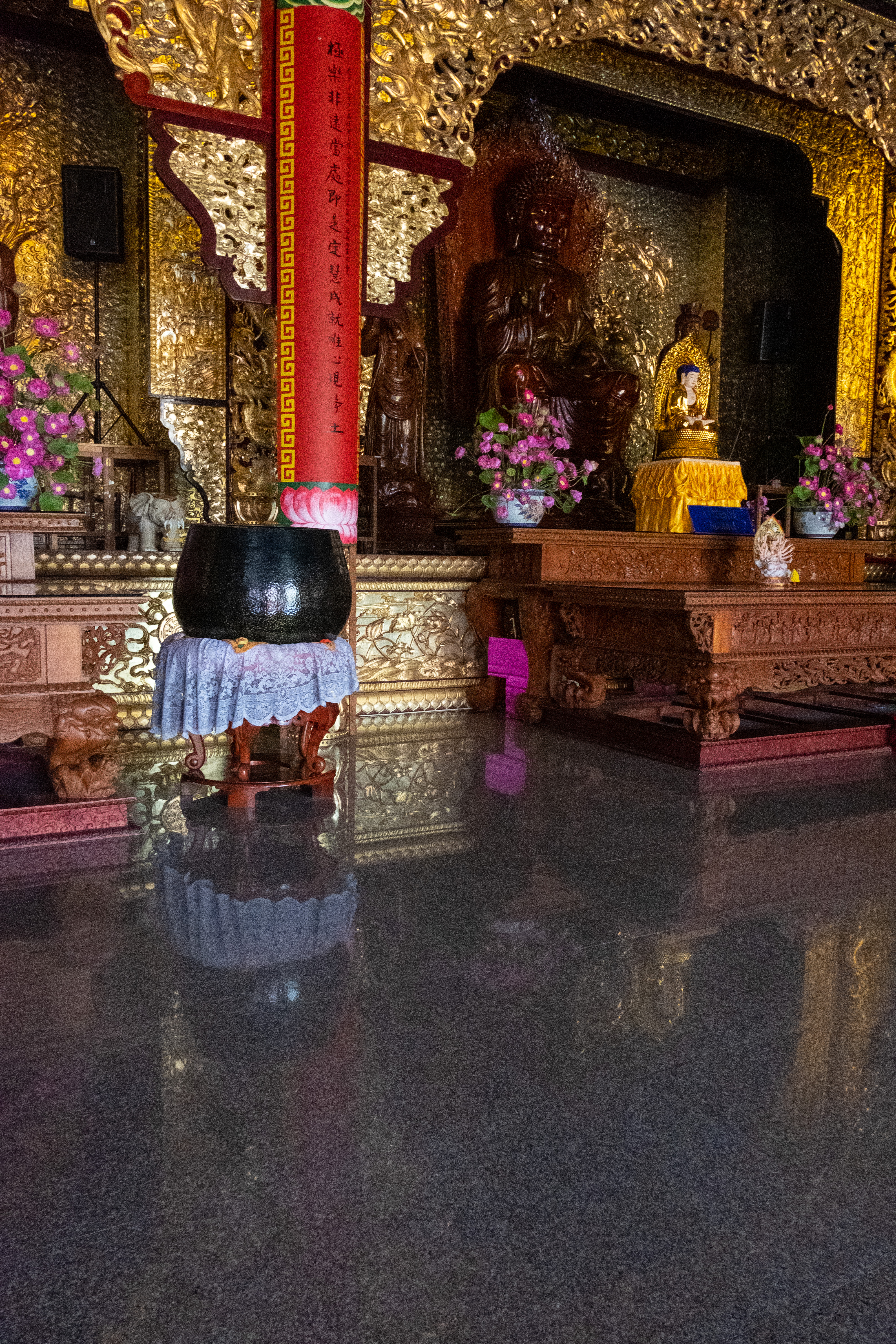 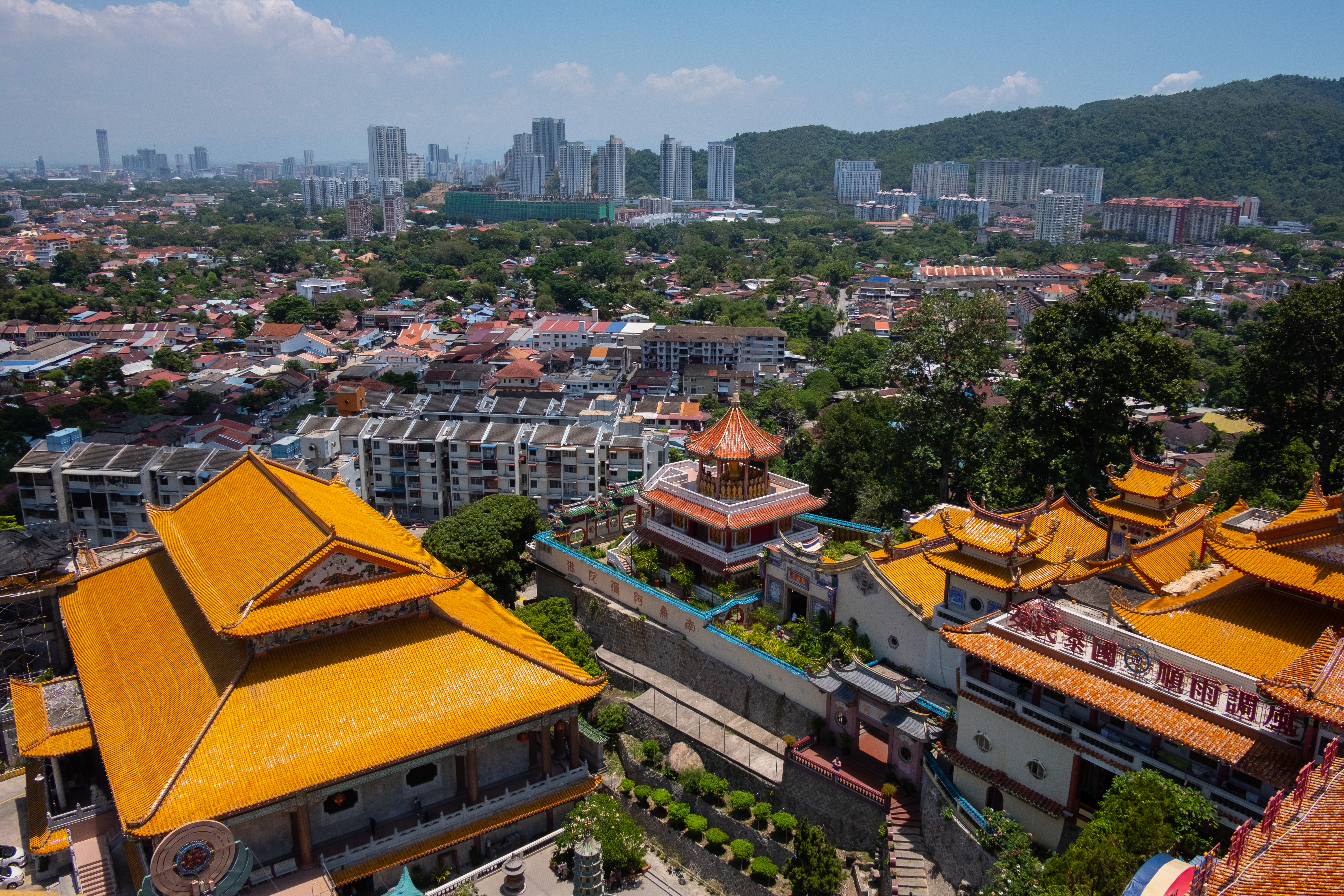 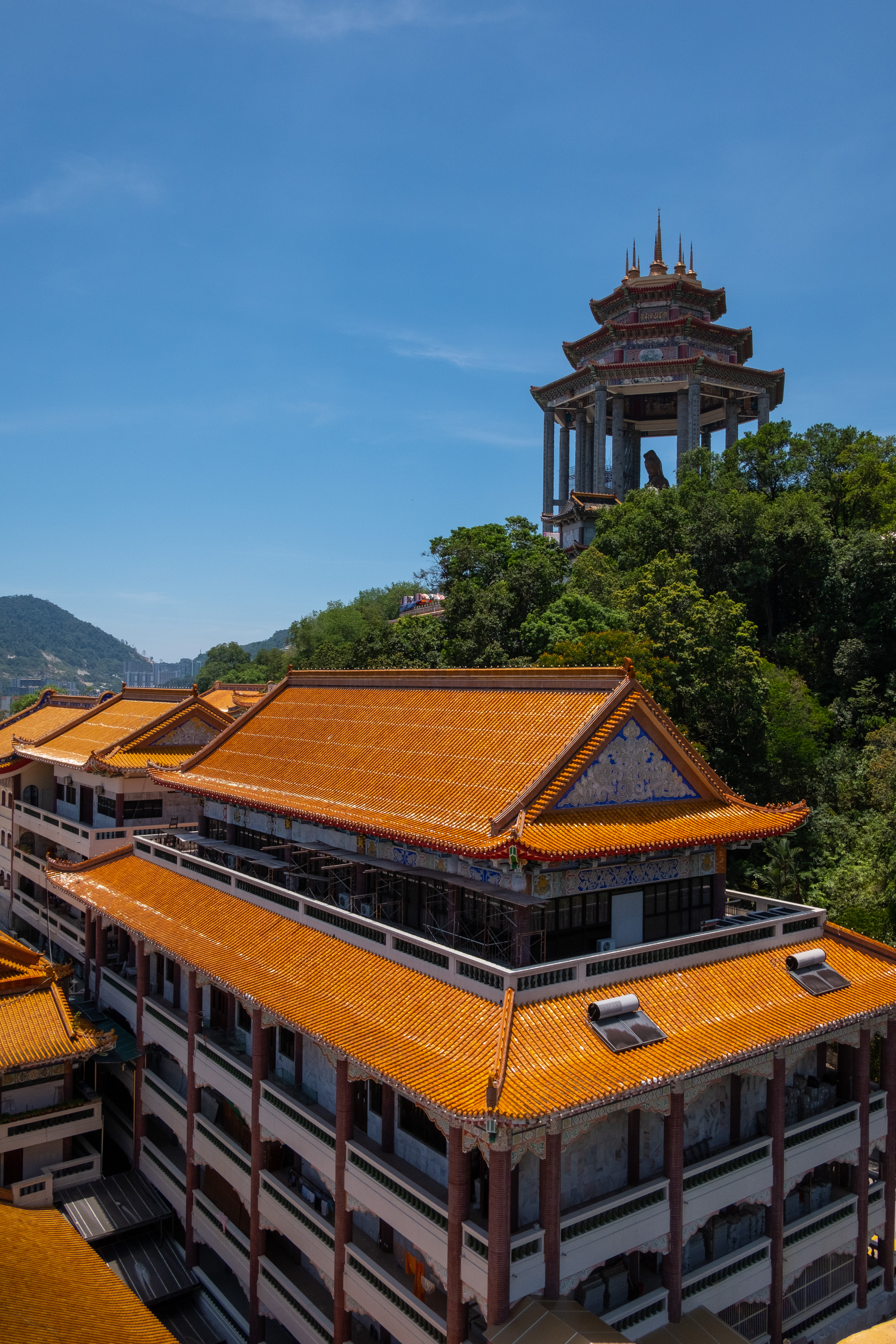 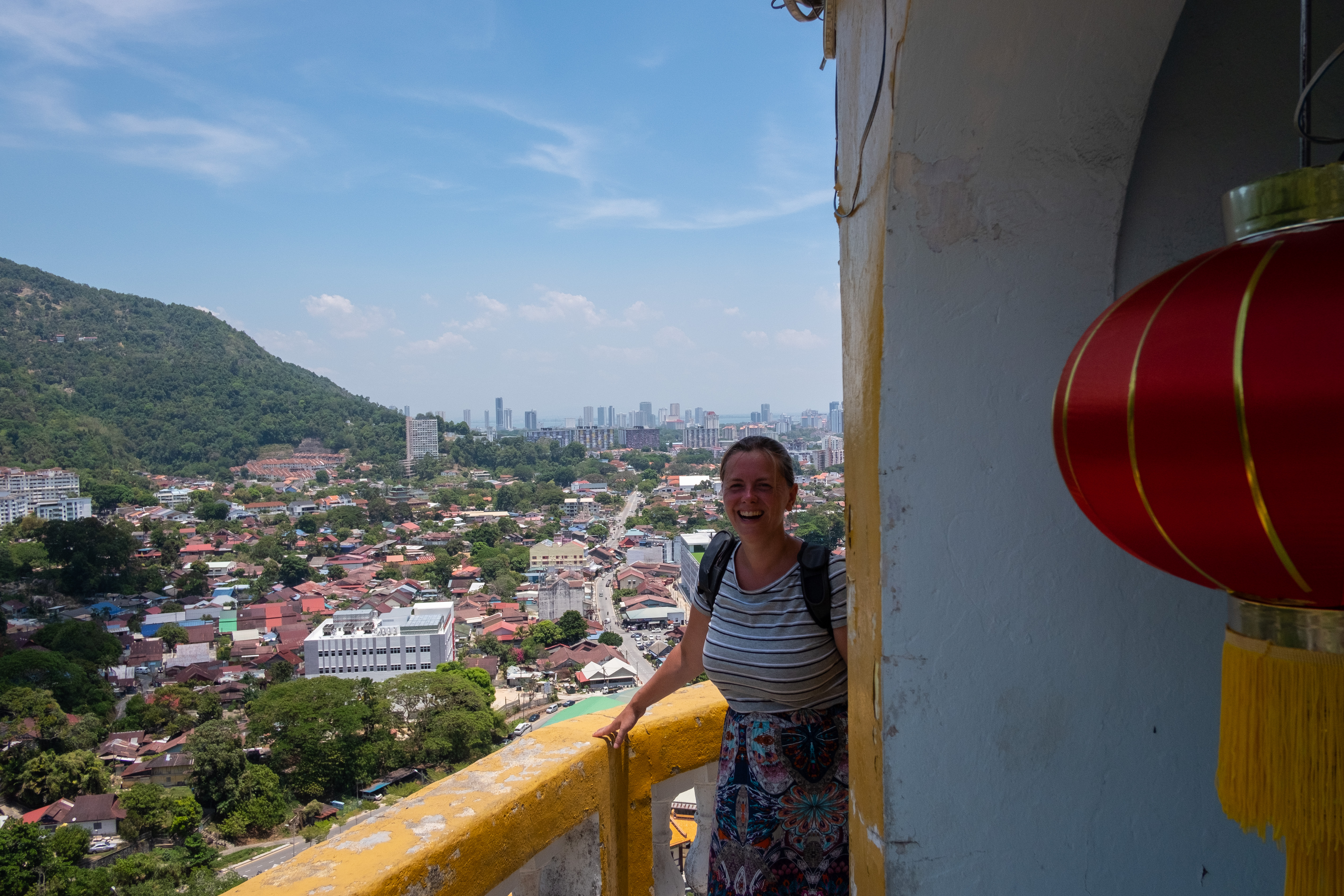 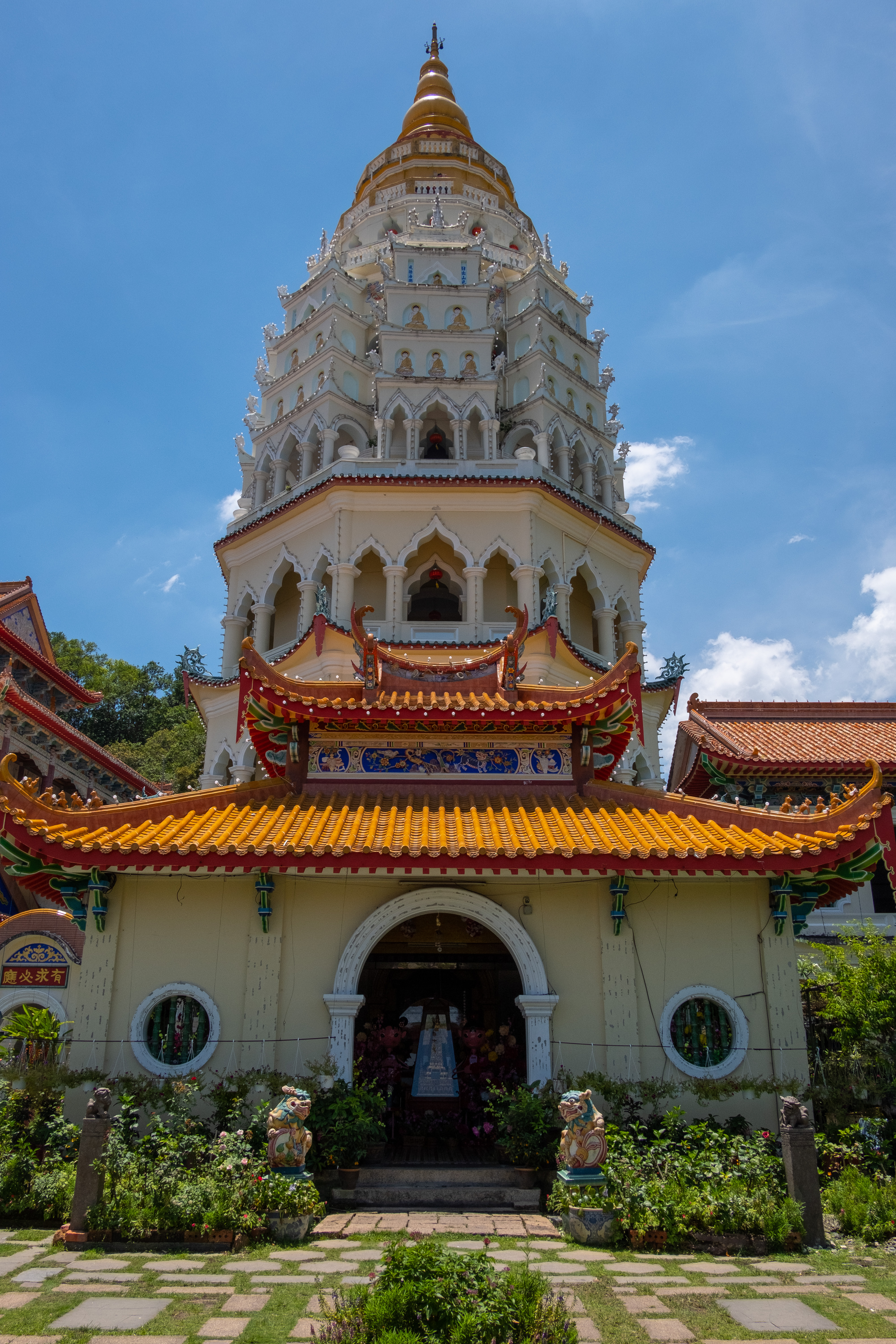 After the temple we had some quick lunch and took the tram which rides up the Penang Hill. This area is famous for its view mainly and for the tram ride itself.

A return ticket costs 30 ringgit a person for us tourists and the locals pay about half that.

The tram ride itself was definitely the most interesting part of this excursion.. When we got out at the upper station we were met by a massive tourist trap. Lots of vendors selling junk, people offering rides with golf karts etc. The view itself was nice but after walking around for 10 minutes, we were kinda done and took the tram back down. 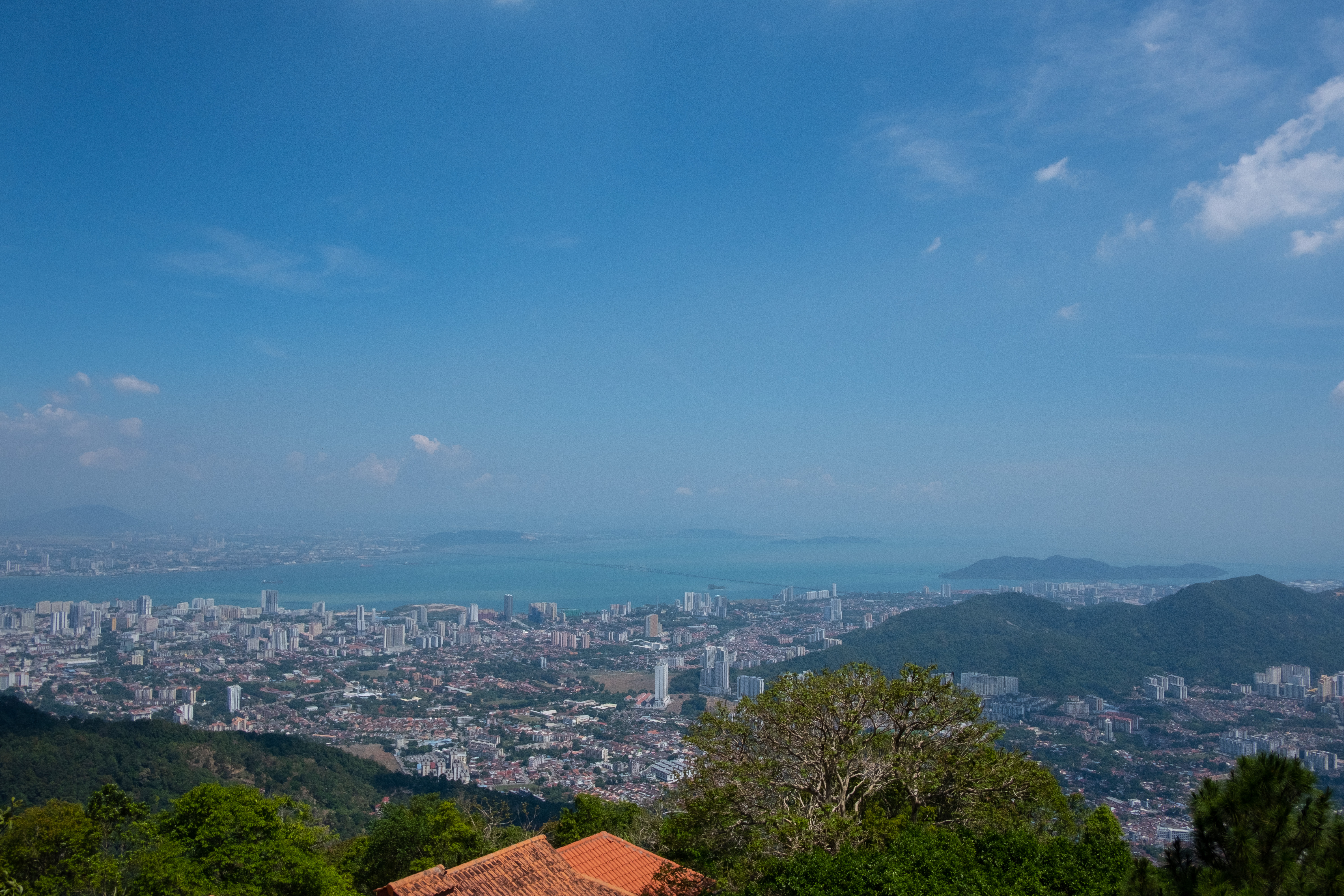 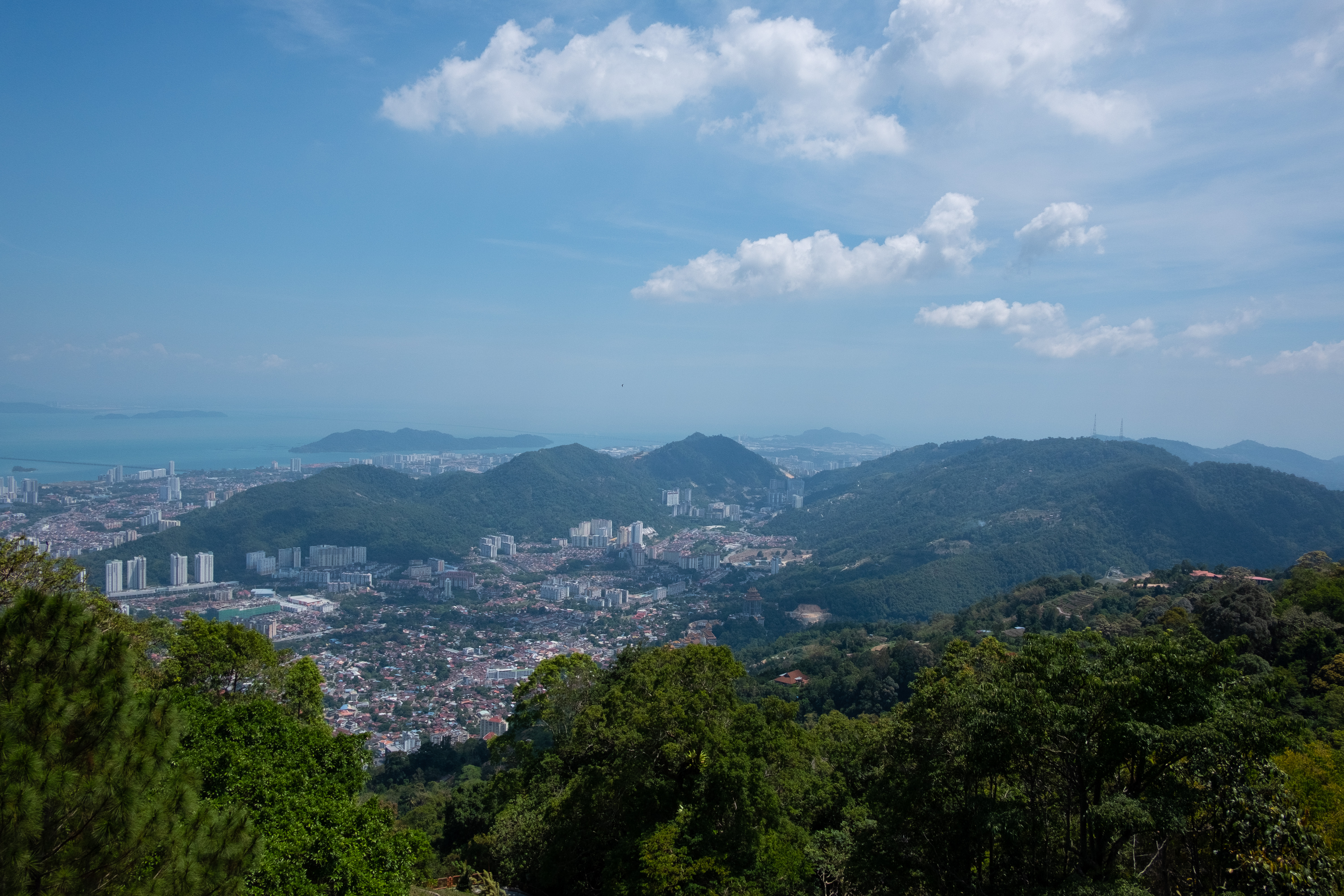 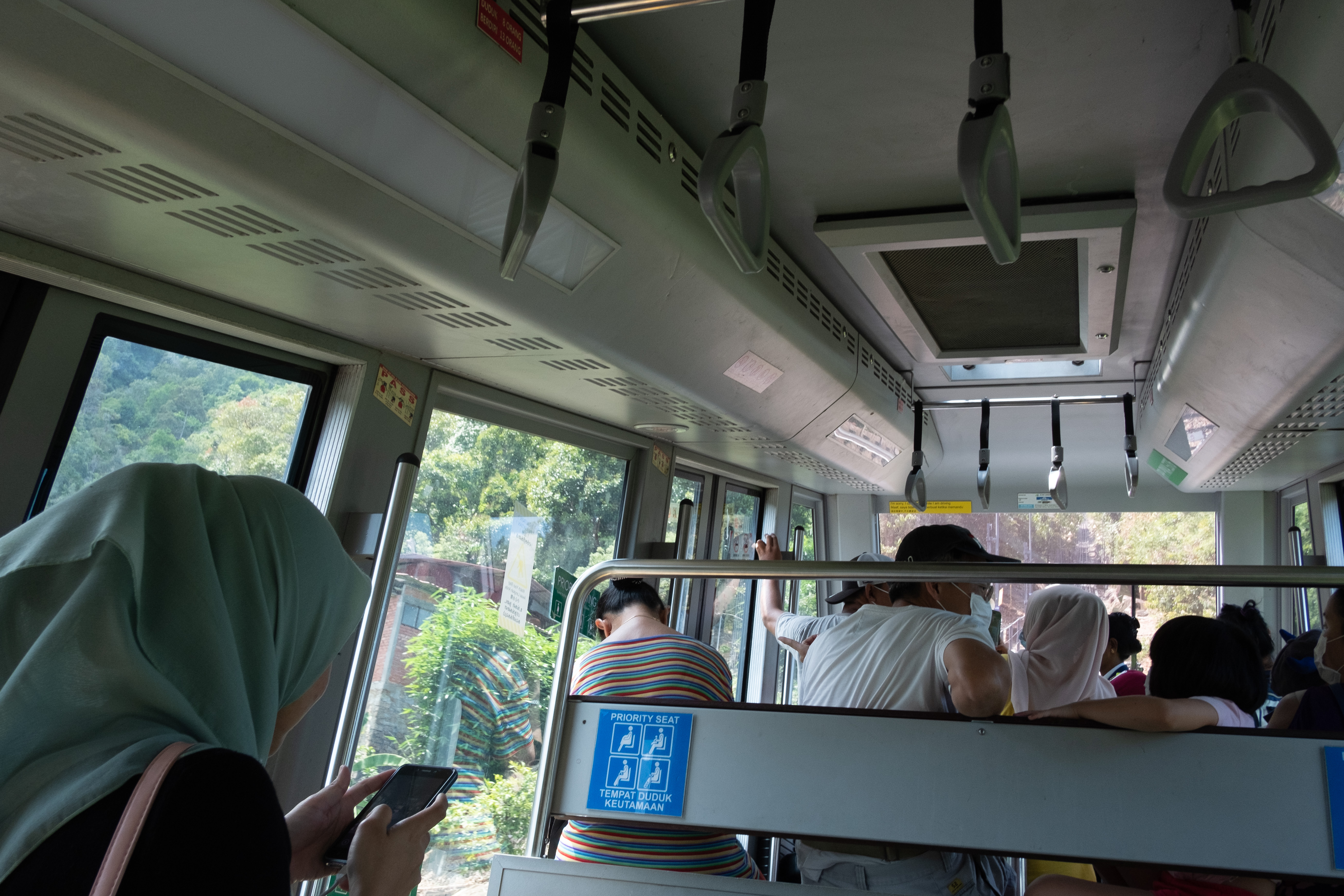 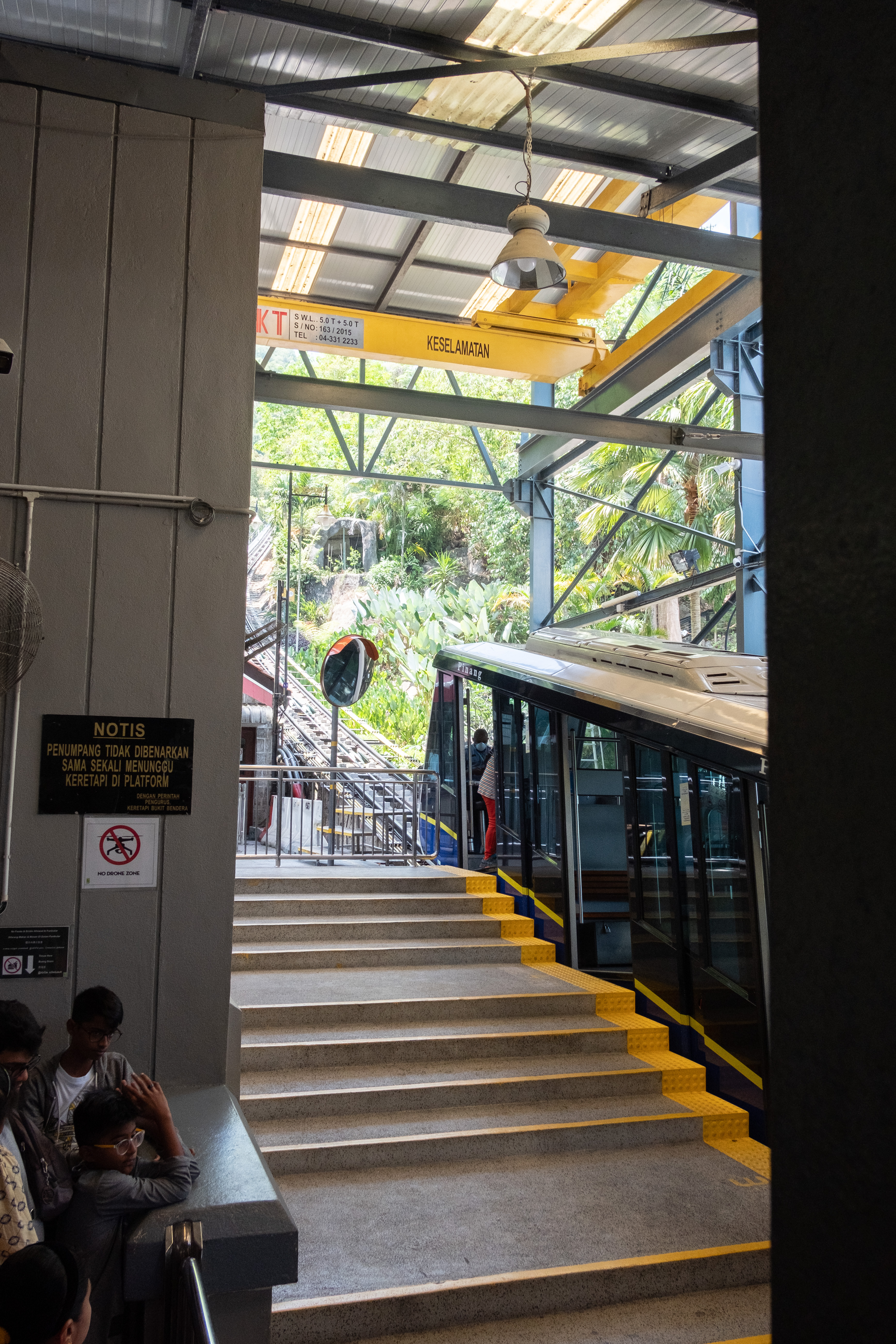 That concluded what turned out to be our last tourist day for a while. As we were relaxing in our hotel we heard the news coming in about Malaysia entering a lockdown. From the 18th of March everything (apart from transport, medical facilities and supermarkets) will be shutting down.

We had to come up with a plan..